Externally, the headset hasn’t changed much: it looks like the previous Razer Opus or the classic on-ear headphones from Sony and Bose. Its “gaming” origin only betrays the barely noticeable brand name on the temples. We tested the novelty in white, and there is also a pink and bright green version – in the Razer corporate style. 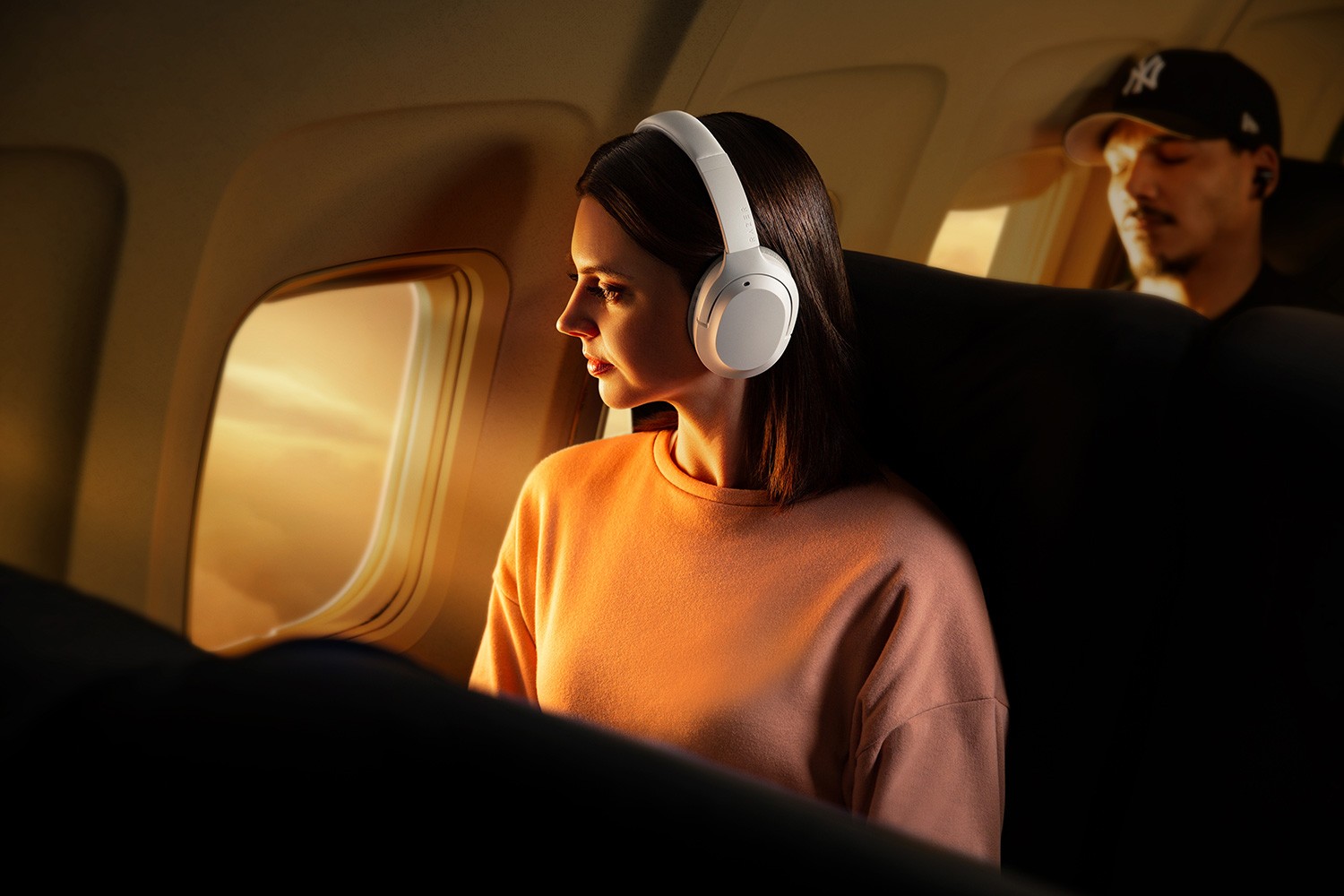 The headband can be adjusted to suit different head sizes. It has a soft lining and a metal frame, and all other body parts are made of dense matte plastic. Looks cool without a hint of cheap materials.

The bowls are also soft and rather large – they completely cover the ears. They can be rotated around their axis, which is convenient when placing the headphones around your neck.

On the right earcup are buttons for audio control, as well as a USB-C connector. The new product does not have a 3.5 mm audio jack.

Another design difference compared to the previous model is that the cups do not fold over the headset. Also, there is no longer a separate storage case in the kit, only a USB-C / USB-A cable for charging. In general, this decision is understandable – Opus X costs less than previous headphones, so no additional buns were put in the box.

You can control playback using the buttons on the headphones themselves: they are easy to distinguish by touch thanks to a small protrusion on the center key. Only 4 buttons:

More detailed audio settings are available in the Razer Audio app (downloadable for Android and iOS). Here you can use the equalizer with ready-made presets to enhance bass or vocals, turn on the game mode with a minimum audio delay (up to 60 ms), set the headphones to turn off automatically when idle.

In terms of the quality of noise isolation, overhead models are much superior to the now popular TWS headphones . They protect against external noise due to their design, since they completely cover the auricle. The Razer Opus X also features Active Noise Cancellation, which captures ambient sounds using in-cup microphones and software neutralizes them. We talked in more detail about how active noise reduction works here .

Noise cancellation in Opus X works great – on airplanes, subways and other noisy transport, headphones will become a real salvation from ambient sounds. It is also convenient to work with ANC turned on – they will not be distracted by the voices of colleagues and other office noise. If you need to talk to someone without removing your headphones, you can turn on Ambient mode: it slightly enhances ambient sounds and mutes music.

What has changed compared to the previous model: the novelty has not received THX certification and does not support automatic stopping of tracks when the headphones are removed.

The headset is equipped with 40mm drivers that operate in the standard 20Hz – 20kHz range. The sound is clear and rich. I was especially pleasantly surprised by the presence of good bass, which can be further enhanced by selecting the appropriate preset in the equalizer settings.

The headphones sound best in the genres of popular and electronic music with an abundance of mid and low frequencies. This is especially true in action games with dynamic soundtracks.

The manufacturer promises that the headset will work without recharging for up to 30 hours with the noise mode turned on – this can be achieved if you listen to music at medium and minimum volume. If you turn on the headphones to the maximum, they will discharge faster. However, even 20-25 hours of work is already a very good result. And if you turn off ANC, the device will last up to 40 hours.

Of course, the previous Opus model is more functional – but at the same time it costs almost twice as much. So for users who don’t need THX certification and 3.5mm jack, the new version of Opus X will be the best choice. This is a great headset for music and mobile gaming, which supports active noise canceling and looks stylish.