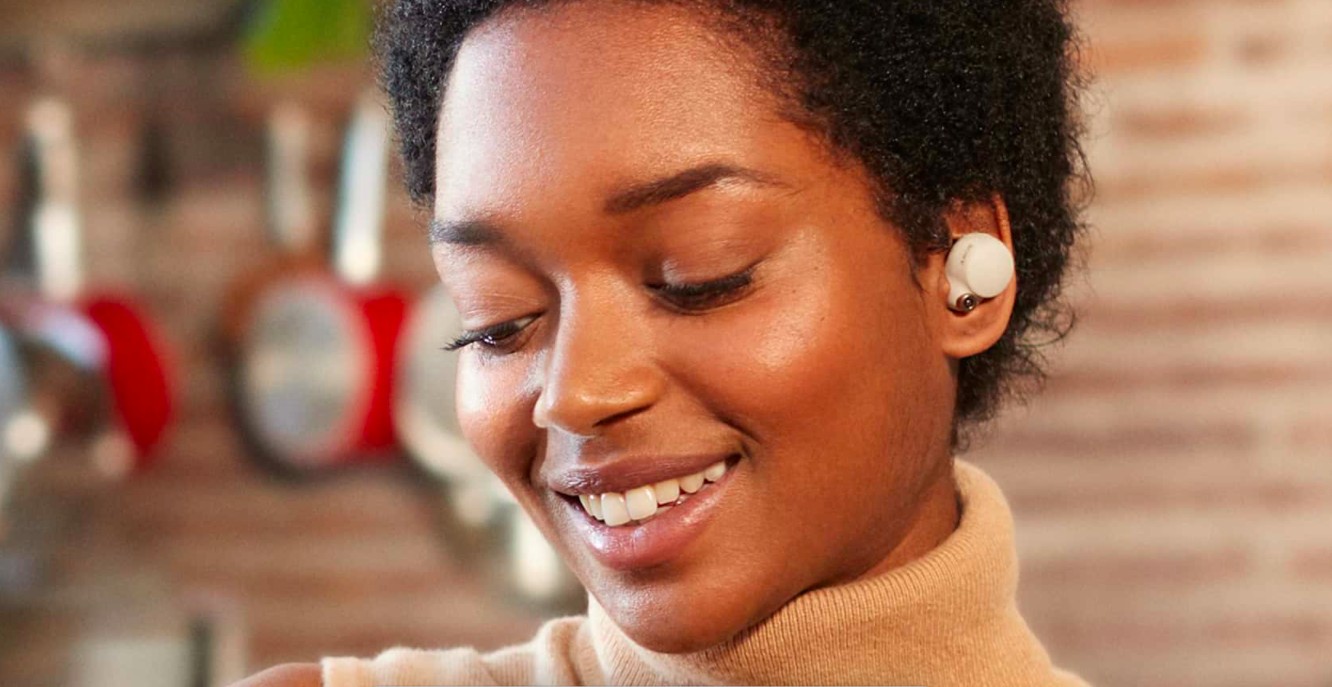 Sonu has updated its flagship headphone with the WF-1000XM4. The previous version, one might say, was successful – largely due to the fact that it already had a noise reduction system. As they say, even before it became a trend in TWS headphones. What surprises the WF-1000XM4 with? 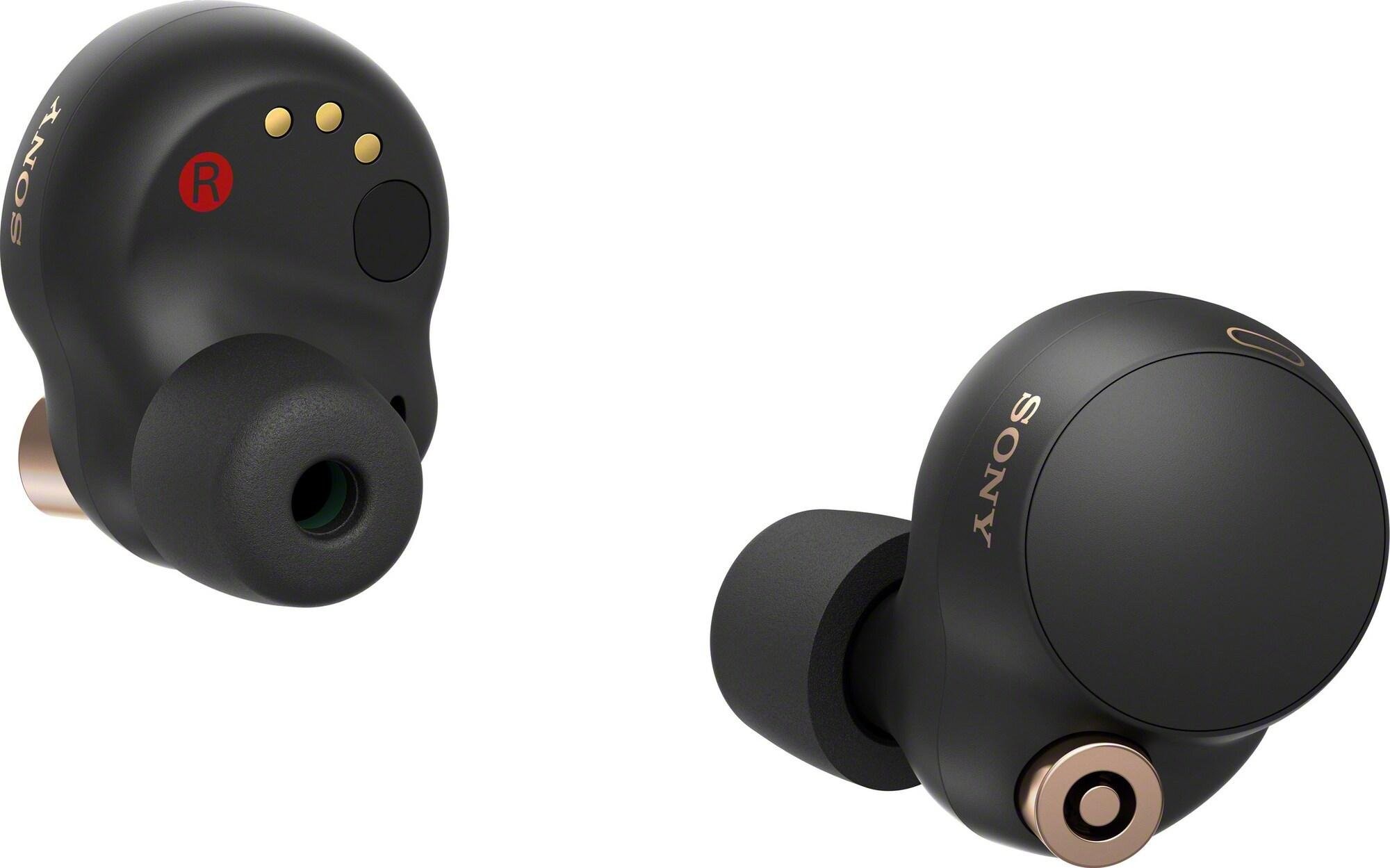 The delivery set is quite traditional: the headphones themselves are in a case, a set of interchangeable ear pads, a short charging cable. The box doesn’t look premium, but it is made from (apparently) recycled cardboard, which is a big plus for a world-class manufacturer.

The case itself has become noticeably smaller compared to that of the WF-1000XM3, although not the most compact against the background of competitors. Either way, it’s comfortable enough to be carried in a purse or even in a jeans pocket. We got a beige sample for the test, there is also a classic black one. The plastic is slightly rough, but not easily soiled: after 2 weeks of use, it looked like new. 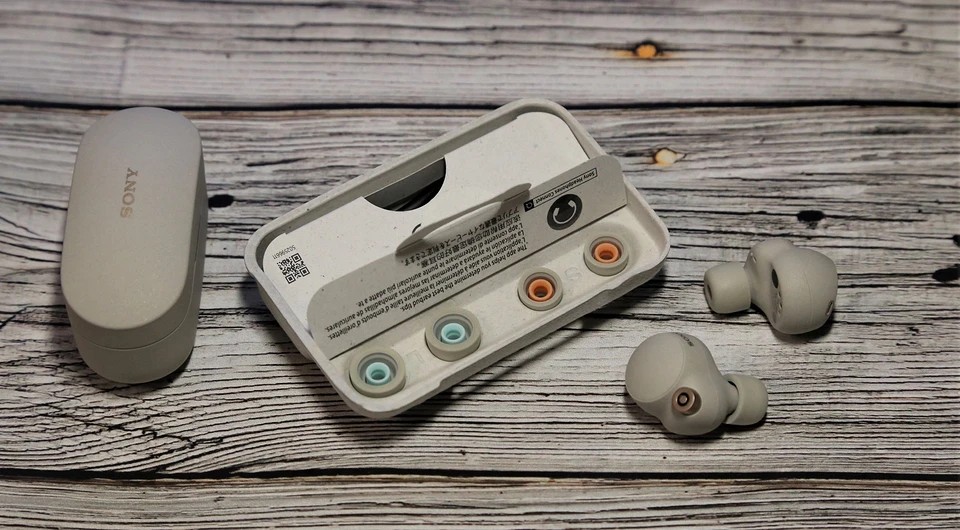 The lid is easy to open with one hand and locks when open. But in order to get the headphones, you need to make some effort: they are held securely in the jacks. And this is good.

There are no remarkable elements on the case – only a charging port (naturally, USB-C ) and a long LED indicator. The indication is clear: green light – turn on the music, red – drag to charge.

The design of the headphones themselves is a bit controversial. Of the five colleagues we interviewed, four called him rude. This is because they have clear edges: for example, the inner side of the headphones is made flat, as if cut off with a knife. Even the ear pads are cylindrical, not conical, as they are used to seeing.

How do they sit

This is unexpected, but with a comfortable fit there are still problems. Moreover, on the headphone page of the Sony website, a separate emphasis is placed on the fact that the company has conducted an extensive study of the shape of the ears of people from different parts of the world in order to find the ideal shape.

No, not to say that everything is bad. The body of the headphones is quite large, it holds itself quite confidently in men’s ears, but for girls they do not always fit into the sink and sometimes bulge noticeably. In addition, the ear pads that were already installed on the model “by default” turned out to be too large even for those who usually wear M-ki – they had to switch to a reduced size. By the way, they are made not of silicone, but of “foam” – that is, polyurethane. 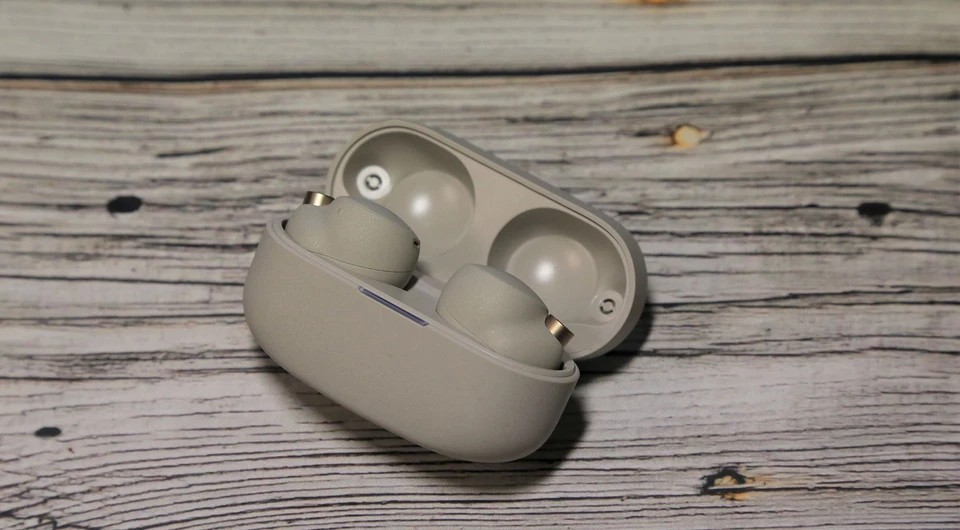 If suddenly you also happen to be the owner of small ears, you still want to listen to music in good quality, try not just inserting the WF-1000XM4, but slightly screwing them into the ear canal.

How do they sound

Only two words could be enough here – very cool. But for those who like more detailed descriptions, I’ll tell you more.

The sound is so good that it has nothing to do with TWS headphones. The Sony WF-1000XM4 can only be compared with the top-end AirPods Pro or Buds Pro. In terms of detail and purity of sound, it seemed to me that the new Sony sounds a little better than the Apple model, when comparing with Samsung, I could not determine the leader.

The included noise reduction slightly spoils the picture, making the sound a little flatter. But if we are talking about noisy spaces, there is not much choice: either turn on the option, or listen to music mixed with extraneous sounds. Shumodav perfectly dampens monotonous low-frequency sounds: for example, the hum in the subway or the noise from the wheels of a car. They handle speech the worst, but this is not surprising: this is how all the suppression systems in TWS work. 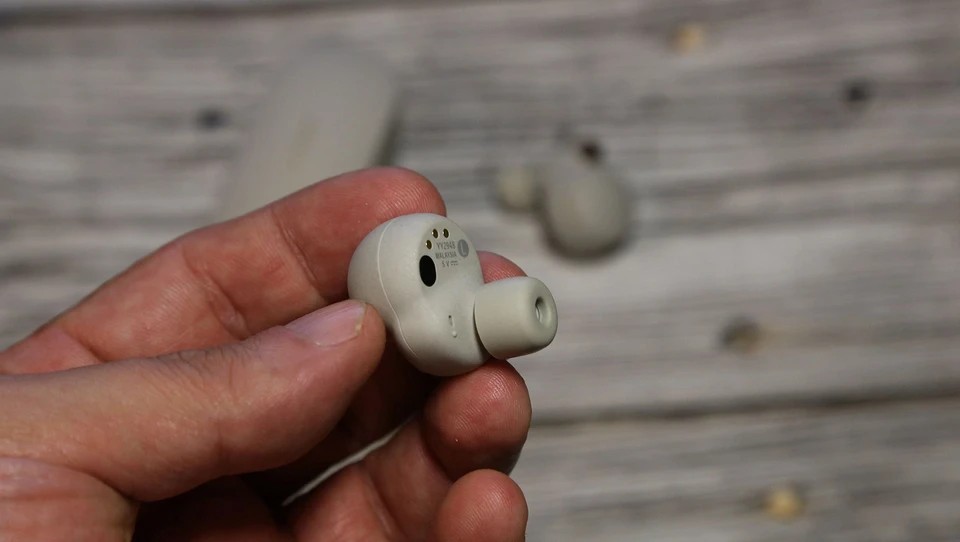 Here I want to once again note two important factors for the correct operation of the noise control. First, you must have the correct ear pads. Secondly, the earbuds must be inserted correctly in the ear so that they are held securely inside. Only when the position is correct does the noise reduction system work as it should. I emphasize this, because many complained about the noise reduction in the WF-1000XM4, and the reason for this is just problems with the fit in specific ears.

Functions in the app

There is no point in buying a WF-1000XM4 and using the default settings. Therefore, the first step after turning on the headphones is to download the Sony Headphones Connect app. There is just a huge scope for custom settings. Changing the algorithm of the touch panels, choosing a voice assistant, and so on. What else is interesting?

Adaptive sound control . A very nice thing that adjusts the settings for the situation. For example, when you are sitting in the office and it is quiet around, noise cancellation can be turned off, transparency mode is turned on. And if you go to the metro, on the contrary, the noise reduction is turned on, and there is no transparency by default. There are also settings for walking and running, and you can set them manually.

Chatting . Another “trick” that eliminates the need to take off the headphones and even poke them in order to talk. As soon as you start talking, the music pauses and the ambient sounds are amplified. Speech recognition is mainly based on the bone conduction sensors that are in each earpiece.

If you feel an involuntary urge to constantly comment out loud on the actions of drivers, pedestrians and the government, you can turn this feature off. Then the algorithm will be different: for a comfortable conversation, just press and hold the touch button on the left earpiece.

360 Reality Audio – makes the sound more spacious, adds the effect of being present in the hall, but only works with some services: Deezer, Tidal, Nugs.net. The app will ask you to … take a photo of your ears for analysis. And both in full face and in profile.

To be honest, for me this parameter is beginning to lose its relevance, because everything that is above 6 hours I classify as “a lot”. Sony promises up to 8 hours of operation with noise canceling on and up to 12 without it. To be honest: I did not go with a stopwatch, but in the first approximation, charging was needed after about 6.5 hours (I did not turn off the noise reduction). “Many”.

The case can be recharged twice. That is, if you want, you can listen to music for a day without an outlet.

Who would doubt (especially those familiar with the WF-1000XM3) that Sony will have excellent headphones again. The sound is beautiful, richer and richer than the WF-1000XM3. Shumodav also works great. You can’t find fault with autonomy, the application has a maximum of useful settings. But still, I advise you to try on headphones before buying. They do not fit perfectly in every ear.

Apple AirPods 3 may come out before the end of 2021