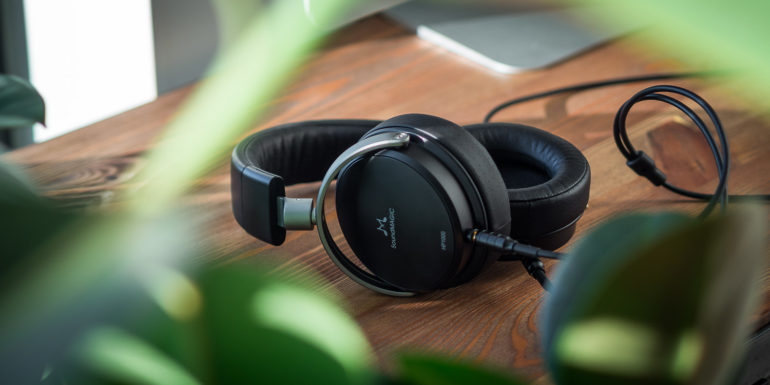 The space of headphones is now flooded with new manufacturers with technology and research. It is good to get to know them through trials.

SoundMAGIC was founded in 2005 by sound engineer Tony Xu to produce good headphones at friendly prices. It could be another Chinese company lost in the crowd and doomed to obscurity, which did not happen, as it soon managed to stand out by offering a high value for money.

Smart design choices and constant research to improve products have established it as one of the best budget headphone manufacturers.

The beginning was made with the in-ear E10, while then there were several additional models with the company expanding its range to larger headphones. The latest creation is the company’s flagship HP1000, an over-the-ear closed type headset that took more than three years of research and study to finalize.

Inside we find large dynamic units of 53 mm. with neodymium magnet mounted at an angle. Made exclusively by SoundMAGIC with many exclusive patents, they promise top sound from all devices due to their low resistance at 66Ω and high sensitivity at 120dB. The quality of construction and the finish are exemplary, while no discount has been made on the materials used.

Read our review of Dali iO-6 Review • Scope, balance and a willingness to participate

The design is modern with minimalist lines and quite compact with a weight of 412 g. and a 120 ° partial fold to fit in the sleek and durable carrying case that accompanies it. The rotating ear-cups are made of matte plastic with a special treatment against scratches, while all intermediate connections are made of aluminum.

The pole is internally reinforced with metal, while externally it has a leather lining for extra comfort and durability. The pillows due to the large diameter are very comfortable, removable and made of perforated breathable synthetic leather.

The 1.2m cable is detachable and of standard quality, while it is accompanied by a 3m extension, instead of an additional longer cable as would be the best choice. SoundMAGIC instead of choosing a common type of plug to connect the cable to the handset decided to use something of its own.

This option makes it impossible to change the cable with another better quality and mainly limits us to the use of the 3.5mm plug at a time when more and more of us have balanced devices with a 2.5mm connection.

The main volume of the hearings was done mainly with portable devices since due to their high sensitivity we considered them to be the ideal match for the HP1000. The first impressions were very promising, while over time our initial surprise was replaced by the certainty that here we are dealing with a really good headset.

The main features of the sound are the mostly correct tonal balance with impressive clarity and unexpectedly large stage for a closed type headset.

A scene from the best we have heard superior in width than many open type headphones spread generously on the horizontal axis with a lot of air between the instruments and precision separation, impressed us with the correct presentation of the space.

But if we missed something, it was the depth and the height of two areas in which we found it a little behind, resulting in the mostly two-dimensional depiction of the scene.

Tonic we do not have to notice anything negative since all frequencies are treated with the same gravity, except for the middle area which sounds a bit restrained. The low is descriptive with a reference character without additional reinforcement, proper damping and separation in the notes but also a clear lack of body.

The voices and instruments of the middle area sounded nice and pleasant but slightly further back than the rest of the mix. Above, a small emphasis highlights the detail, but without causing acoustic fatigue.

We were a little troubled by the shorter than normal damping that gives a metallic tinge to the sound, making the handset sound a bit fragile and thin. The HP1000 has successfully and consistently dealt with all the dynamic fluctuations of a complex program.

The low sensitivity should not deceive us since it will play loudly from all devices, but the existence of a good source is extremely necessary due to the revealing nature of the handset. The HP1000 is by far the best SoundMAGIC handset that has outdone itself by setting the bar very high in terms of both build and sound quality.