T+A Solitaire P are open headphones based on magnetic planar emitters (such models are also called isodynamic, although T + A itself prefers to call its headphones magnetostatic). It probably won’t be a big mistake to assume that many of you were somewhat shocked by the price of these headphones. Well, in the course of our review, we will definitely clarify this issue as well.

As you probably already know, T + A produces a wide range of various Hi-Fi components, but they all have one thing in common – a special approach to the development of each. Perhaps, until recently, only headphones were absent in the company’s catalog, and now T + A has decided to enter this segment as well. And at the same time, the company started with the release of its top model.

That is, instead of first testing itself against many competitors in a more affordable price category, the company immediately released the heavyweight T + A Solitaire P. Obviously, here the expectation is that future models (and T + A makes it clear that there will be other headphones) companies will benefit from this very expensive top model. This fact will show all potential buyers that the company knows a lot about High end, 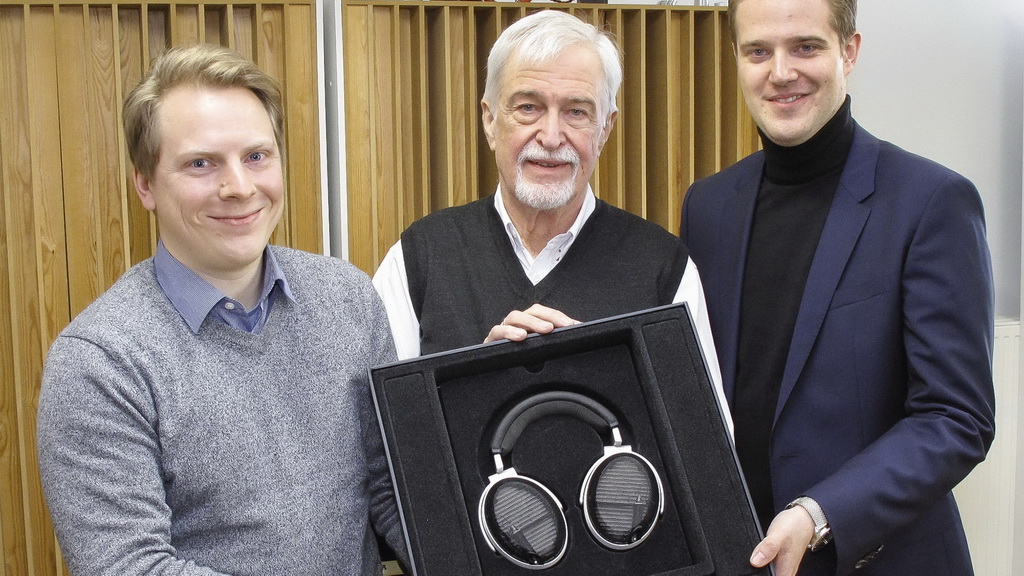 At least the idea is most likely just that. Of course, for this to work, a lot of factors must be successful. In the end, $ 6,500 for headphones is a huge amount. And given that T + A has never released headphones before, the Solitaire P must be very good to justify it. The key to understanding the T + A Solitaire P concept is that it is by no means an OEM model (commissioned by a specialist company that simply has its own logo on it). Of course, T + A does not make all the components that make up these headphones in-house. For example, Alcantara linings (more on these later) are supplied by a third party.

With some engineering freedom and a significant budget, T + A made the decision to opt for a magnetic planar driver for its headphones. We have already looked at headphones in this class, for example, the already discontinued Oppo PM-1 and PM-3, and some companies also actively use this type of driver.

The combination of a large radiation area with a low mass of the diaphragm, the main advantage of isodynamic emitters, is achieved due to the fact that the voice coil in them is applied directly to the surface of this diaphragm itself. With the T + A Solitaire P headphones, this basic idea is implemented with some modifications.

Rather than printing conductive paths that form a coil onto the surface of a diaphragm using printed wiring, the Solitaire P emitters use a process called vapor deposition. As a result, the diaphragm and coil are a single surface, the behavior of which is completely consistent.

The headphones also use nineteen neodymium magnets, positioned to precisely control the magnetic field acting on the coil. In fact, you get a driver with a perfectly distributed voice coil, located in a perfectly uniform magnetic field. This is the same magnetic planar driver, but improved by T + A. The emitters are housed in casings (cups) with an open back wall, fixed to the headband by means of hinged holders. The latter provide the ability to rotate and tilt the cups.

The inner side of the T + A Solitaire P ear cups has a fabric mesh to protect the drivers and rather deep Alcantara-coated ear pads. The outside of the headphones has virtually nothing. The external rigid mesh protects the radiators, but does not impede the passage of their sound outside.

As a result, T + A sounds like two small speakers in the room. However, the owner of headphones of such a cost is unlikely to be concerned about this fact.

The T + A Solitaire P comes with a pair of cables, one with a 6.35mm plug and the other with a 4.4mm balanced plug.

The 4.4mm jack is not yet very common in hi-fi, but it provides a fully balanced connection in a small footprint. The XLR cable can be ordered separately for this model, in addition, there are various adapters from 4.4 mm to 2.5 mm and vice versa, as well as for connecting a 4.4 mm cable to the XLR jack. Surely many of you are already at a loss – where does the cost of T + A Solitaire P come from? I can only say that if you expect something supernatural from the design of these headphones, then those expectations are in vain.

This is not a magical artifact made using alien technology and materials. The Solitaire P is made from earthy materials, and the technology behind it is understandable even to non-aerospace people.

The point is that the Solitaire Ps have been designed with the utmost attention to detail in design to get the best results, but not to thrill the prospect. Indeed, every part of their design is perfect and the finish and build quality are completely impeccable.

This is a truly well-made thing, on the production of which they did not economize. The flip side of this is that the Solitaire P is surprisingly comfortable to wear. It would seem that it is obvious that such expensive headphones should be extremely comfortable to use. In reality, some high-end headphones are not very comfortable. They are either quite heavy, or they just sit uncomfortably on the head. But none of this applies to the Solitaire P model.

With native amplifier / DAC T + A HA 200 it turned out predictably interesting. This is a sound in the best of T + A signature traditions: academic, elegant and infinitely precise, as if the technique is not subject to any restrictions on range or dynamics at all.

I looked with disbelief at the negligible 0.015% harmonics (declared for emitters, not for an amplifier!), But now I am ready to believe that these are real values ​​- no matter how saturated or contrast this part of the spectrum is, but in Solitaire P it is always reproduced clearly … It is impossible to catch any distortions there by ear even at high volume. The bass is slightly accentuated and fuller than that of other film headphones; in addition, there is a decent headroom in the lower band in terms of absolute dynamics.

You can’t find fault with the upper range either – there is no touch-up, all voiced ones with a metallic spectrum are pleasantly sharp, and noisy ones are not “overdried”.