Redmi Airdots 3 Review: A successful update the third time around Many have already fallen in love with the Xiaomi Airdots TWS headphones for an acceptable price tag and sound. And now passed 1.5 years, the company introduced the world Xiaomi Airdots 3.

Let’s deal with what updates got headphones, as the sound and much different from its predecessor Redmi Airdots 2. The appearance of Xiaomi Airdots 3

external headphones have not changed, but there are some details that highlight the novelty.
The case also has a matte finish, and the headphones are made of a combination of glossy and matte plastic. I want to note that now the plastic is more pleasant to the touch. New colors were also added: blue, pink and white, instead of the usual black. From an aesthetic point of view, they look more colorful. 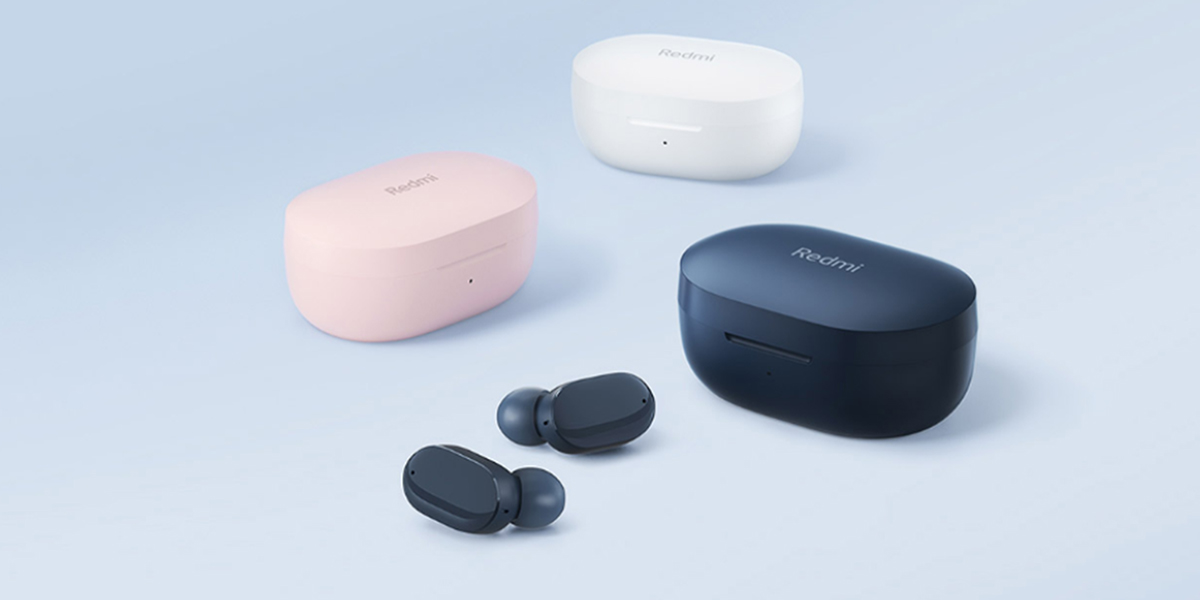 Also, the headphones in the new model have become slightly larger in size: Dimensions of Airdots 3 and Airdots 2

Package
The Xiaomi company apparently decided to slightly refresh the appearance of the packaging. The earbuds are delivered in a blue box with the lettering “AirDots 3” now highlighted in silver embossing. In the box itself, we are greeted: the actual headphones, 2 pairs of interchangeable ear pads, a user manual and a USB Type-C charging cable. It should be noted that the predecessor of AirDots 2 had a Micro-USB connector. We put a big plus in the piggy bank.
But this is not the last update that awaits us. Connectivity
Bluetooth 5.2 is now responsible for the wireless connection, instead of Bluetooth 5.0, with aptX Adaptive audio codec. This means that the connection of the headphones to the phone or computer has become faster and more stable.

The aptX Adaptive codec automatically optimizes headphone audio and transfers it without loss of quality, thanks to 24-bit / 48 kHz streaming.

Sound
For fans of this line, there is a big surprise here. The global update of AirDots 3 compared to AirDots 2 deals specifically with sound and latency.
Xiaomi Airdots 3 not only improved the sound, but also installed 2 speakers. It should be noted that the frequency range is well developed.
Particularly pleasing were the mid and high frequencies. While listening to music, the headphones did not wheeze, played in detail, without giving out extraneous sounds.

The quality of speech transmission through the built-in microphone is good, but no more. Microphone in Airdots 3 and Airdots 2

Management
Management on Xiaomi Airdots 3 occurs through the touch pad on the headphones. The previous model had a physical button.
But I didn’t really like the touch control in the new version, due to false positives.

Also, now there is a pairing button inside the case. Unlike its predecessor, the third version is equipped with an IR sensor on the inside, thanks to which the auto-pause function is realized when you take the headphones out of your ears. Autonomy
Each earbud has a built-in 43 mAh battery, which is enough for 6.5 hours of music playback. The case is equipped with an additional 600 mAh battery (the difference with the previous model is 2 times: the headphone battery capacity was 40 mAh, and the case – 300 mAh), which makes it possible to recharge completely discharged headphones 3 more times – it takes 1 hour. It takes 1.5 hours to charge the case itself. Among the disadvantages:
– false triggering of the touch pad on the headphones.

Xiaomi AirDots 3  can be called a successful update of the previous version. They practically did not change in appearance, but they began to sound better and now can offer fast switching between different devices, better sound transmission and excellent autonomy. And, as for me, the only omission compared to the Airdots 2 is the control buttons, which now seem to be less functional.

I think the Airdots 3 is the next bestseller in the Airdots lineup and a worthy representative of the mid-budget TWS headphone segment in its form factor.

Razer Opus Review: A great headset for everyday use