Perhaps its main feature is the direct drive of the platter, thanks to which the developers managed to obtain a low knock coefficient of only 0.06%. The manufacturer declares the choice of this design as guaranteeing more precise observance of the rotation speed. The platter itself is made from polyformaldehyde, a thermoplastic used in parts requiring high rigidity and dimensional stability.

The company’s engineers abandoned the use of a belt drive due to the fact that it is less durable, since over time the belt will stretch and it will have to be replaced. In addition, the Direct Drive design guarantees a higher accuracy of the rotational speed of the disk.

The player received an extremely laconic design with a minimum number of controls located on the top panel of the case, made of aluminum. There is only a power / standby button and two rotation speed selection keys (33.3 or 45 rpm) combined with the Start / Stop function. The platter is made of polyoxymethylene POM (polyformaldehyde), a dense, high-tech engineering thermoplastic material that provides high rigidity as well as speed stability. To protect against dust, the kit includes a transparent, easily removable hinged cover.

The tonearm comes pre-installed with a high output MC head, and what’s more, the turntable has a built-in phono stage, making it a completely ready-to-use analog signal source. If you are a fan of modern technologies, then at your service is the built-in Bluetooth aptX HD. 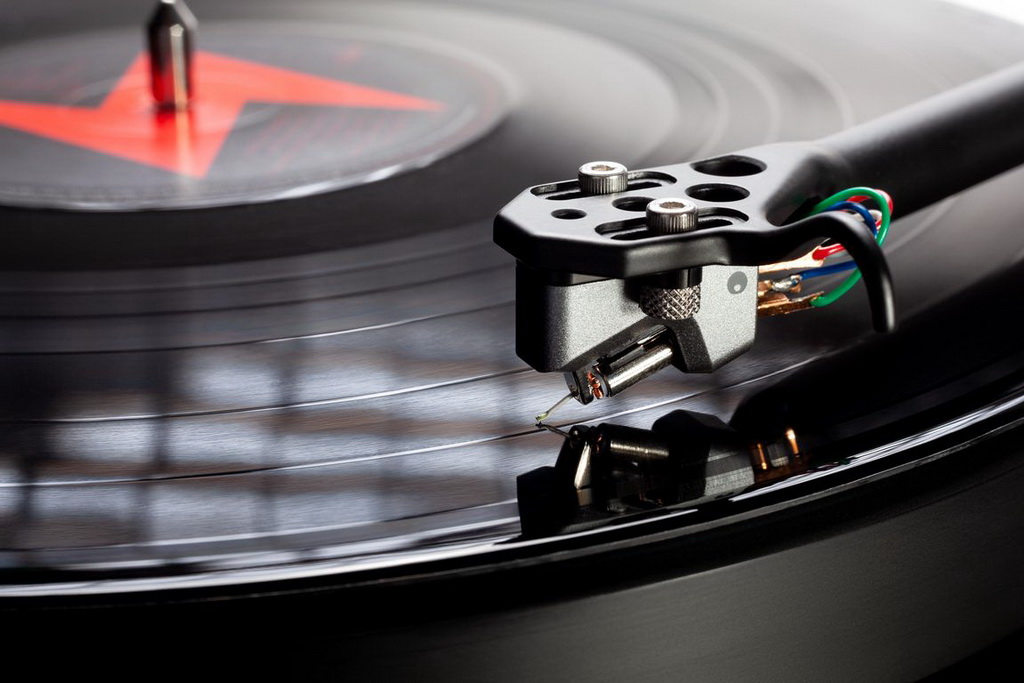 In addition, a phono stage was built into the turntable, and an MC cartridge was installed on a straight, lightweight tonearm. According to the developers, the presence of a Bluetooth module makes life easier for the owner, since the player can be placed anywhere without clinging it to the speakers with wires. To provide an “authentic vinyl experience”, Cambridge Audio used aptX HD module, delivering a 24-bit / 48 kHz signal. For convenience, a phono stage has been built in. Last but not least, the new product even comes with a dust cover. The Cambridge Audio ALVA TT turntable is designed for vinyl lovers who, like you, want great sound, ease of use and stylish looks.

The Cambridge Audio Alva TT is the first aptX HD Bluetooth (up to 24 bit / 48 kHz) turntable to stand out in its price range and grab the attention of a discerning audience. This model seems to have stepped out of the images of advertising pages, where in the huge apartment there is practically nothing but an untouched vinyl turntable without wires. From the Cambridge Audio perspective, the Alva TT looks in line with the already established and familiar turntable design. Before us are two weighty smoothly processed aluminum bases without frills. The brand’s logo is neatly perforated on the surface of the upper plate under the tonearm, and on the opposite side are the power and speed buttons. The protective cover is solid too. The arm itself is a monolithic aluminum tube and is very similar to one being developed by the Rega RB. A very reasonable choice if it really is Rega, but neither Cambridge Audio nor Rega are interested in confirming or refuting this and, apparently, we are all invited to draw our own conclusions. The practical side of the device is represented by the proprietary high-performance Cambridge Audio Alva MC cartridge with a moving coil and an elliptical stylus.

The disc is as smooth and durable as the base. It is made of polyoxymethylene and turned out to be slightly wider in diameter of the 12 “format, which makes it somewhat unusual to shoot records. Direct drive motor, which is unusual, but not for the first time in audiophile grade devices. According to Cambridge Audio, the mid-torque motor and heavy disc provide optimum stability. This design is designed to effectively absorb vibrational energy. The knock factor is only 0.06%. Cambridge Audio has taken care of a lot and the turntable doesn’t require a lot of effort from the new owner when setting up, changing speeds or when it comes to maintenance. So far, nothing has been sounded that might interest audiophiles. Moving elements are designed with dignity and the model justifies its cost, but now we will tell you what is the significant difference with similar models.

The back of the Cambridge Audio Alva TT has a Bluetooth on / off switch (with a link indicator), a pairing button and RCA outputs. Provided the preamp or speaker (s) you streamed to support aptX HD, the quality will be indistinguishable from a wired connection. The built-in phono stage has no switch or button and is always on, which is somewhat unusual. Cambridge Audio engineers strived to incorporate pre-amplification into the Alva TT to make the entire experience as painless as possible. However, it is not entirely correct to consider this an attempt to take into account the likelihood of a potential buyer not having a phono stage. It’s probably pretty damn difficult or expensive to make the built-in phono stage switchable, but given how far Cambridge Audio has gone with the Alva TT, this feature can spoil the experience.

Bluetooth aptX HD allows you to place the Cambridge Audio ALVA TT anywhere in your home and wirelessly connect to your Hi-Fi or Bluetooth speakers (or even wireless headphones) in brilliant high definition quality.

The combination of a direct drive motor and a dense POM (polyoxymethylene) disc in the ALVA TT allows you to play your valuable vinyl collection at extremely accurate speed.