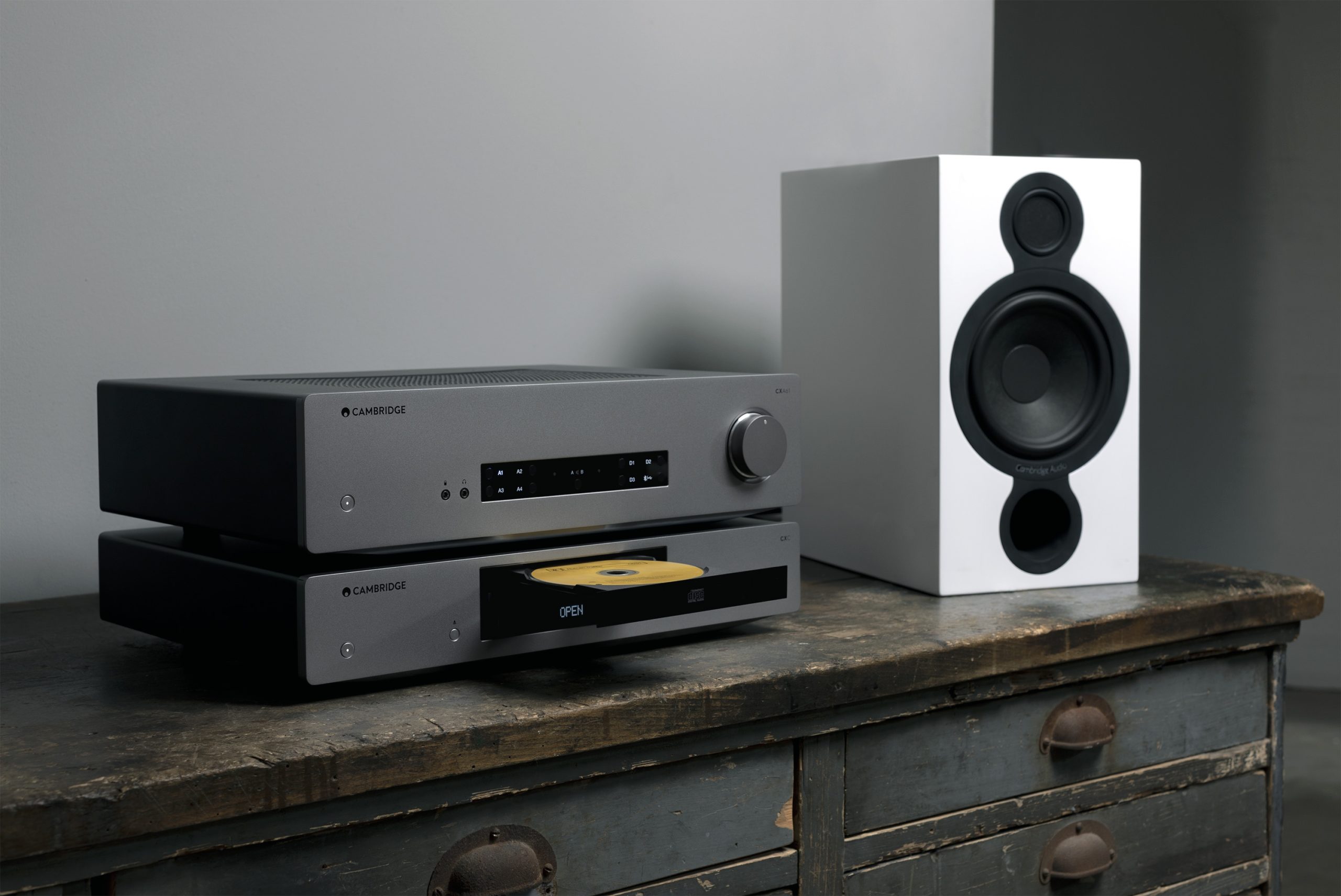 Most of us buy our new hi-fi without exceeding 1,000 euros, which is an objective limit since salaries remain stagnant. When you set up your first system, this means low cost devices of 200-300 euros or something more if you go for active speakers, since they include almost everything.

However, in case of upgrading a single component, we are now talking about high quality devices in construction and performance as today hi-fi is better than ever. In this category move the new integrated amplifiers of Cambridge in the CX II series, with the CXA61 just below and the CXA81 just above the thousandth.

They are much more expensive than the models they replace but also different enough to justify these price differences which, in the case of the CXA61, are typically 100 euros but in practice closer to 250 euros, as the old model sells for close to 650 euros.

So what did the famous British company think to entice the demanding music lovers, given that today the consumer expects more and more from the complete amplifiers? A DAC is of course necessary but it is no longer enough, people ask for a phono stage but even that is not enough, we also want Bluetooth, we also want a regular streamer, I wish we had a correction microphone or bass management for 2.1.

The 1,000 euros certainly can not include everything, no matter how honest the manufacturer is, so everyone does their part and “bets” on a feature that will allow him to stand out.

For the new Cambridge second-generation CXAs, this is clearly the USB DAC – which many have forgotten about for the sake of Ethernet – and the company puts Saber here to entice us to reach very high resolutions, leaving its WM8740 Wolfson (of previous CXA) for the new affordable series “AH”.

And while they do not know about Ethernet, Wi-Fi or app control (except for the volume when you connect the streamer CXN to the control bus), they have the privilege of the aptX-HD level Bluetooth connection for fast and convenient streaming up to 24bit / 48KHz.

Choosing between the CXA61 and 81 is easy for the PC audio fanatic with an extra budget available, as it gets the larger ES9016K2M, twenty watts more and weighted line inputs, for a more hi-end source and preamp environment.

But the basic “package” of the CXA61 is already enough for anyone who does not care much to maximize the noise reasons.

The “screen” remains an interesting combination of small keys and blue LEDs that change color to blue when selected or orange when dual-mission. The most important change is the USB symbol along with that of Bluetooth, where both parts are radically renewed. On the back we have the addition of USB-B together with the useful ground lift switch, for cases where the computer loads us with hum.

Obviously the USB-A accessory that was intended for connecting an external Bluetooth receiver is gone, since it is now integrated and now there is a socket for the supplied antenna.

The i / o controls of the control bus have been repositioned and an RS-232C control port has been added. Inside, we have extensive material changes, from the board itself (the blue ones left in both the AX and CX II and the black ones came) to capacitors and operational amplifiers at critical points. After all, the digital board is now significantly larger, denser in materials and mounted on top.

The image of the CXA61 is that of a suffocatingly full but very regular amplifier, with independent boards, condensing smoothing equipment and coolers for each final channel and in our eyes it looks clearly more modern and settled than that of its predecessor.

The highlight here is still the large power transformer in the center surrounded by coolers that almost follow its shape. On paper, however, the differences are indistinguishable.

We have 400 gr. extra weight for the new and spec just at 96KHz instead of the CXA60’s 192KHz for optical inputs, with the CXA61’s two new digital inputs far ahead of resolution. In practice, we get the renewed Cambridge sound color, as we got to know it through the top Edge A and the affordable AX.

We have an evolution of the exit stages in relation to older generations and a better “tuning” in terms of materials, where we assume that the company has moved a lot towards class A and has significantly improved the feedback techniques, with a view to a more organic, dense descriptions and stage accuracy but also more ready-made in terms of microdynamic contrasts sound.

Without exaggeration, we would say that the new face of the company “forces” traditional protagonists of the British school, who sell more expensive. Compared to the AXR100 we recently tested, the CXA61 is superior everywhere and mainly in power-driving heavy loads (despite its lower power, it “shook” the KEFR11 and ATC SCM70SL very comfortably), resolution, microdynamic contrasts and speed.

Its timbre is similar but denser and more accurate, the idols are larger and the opening of the stage flirts with the high-end. It is more compact, homogeneous and rhythmically direct and gives us a welcome sense of transparency across the spectrum, making it one of the most musical amplifiers in its class.

Strength and finesse go hand in hand in the CXA61, which is more and more reminiscent of Sugden, Exposure, etc. at the level of saturation except perhaps the upper bass, but it separates itself with a super freedom in the transitions and a unique feeling of “freshness” in the air of the treble.

The slight projection of the last octave may “simplify” the layering of the scene a bit, but it makes the listening more direct and participatory. You look at it less and feel it more in other words and this is what is missing today in modern hi-fi, the feeling.

Well done to Cambridge, for pulling the strings and speaking the language of music from the heart, without charging a fortune for it.