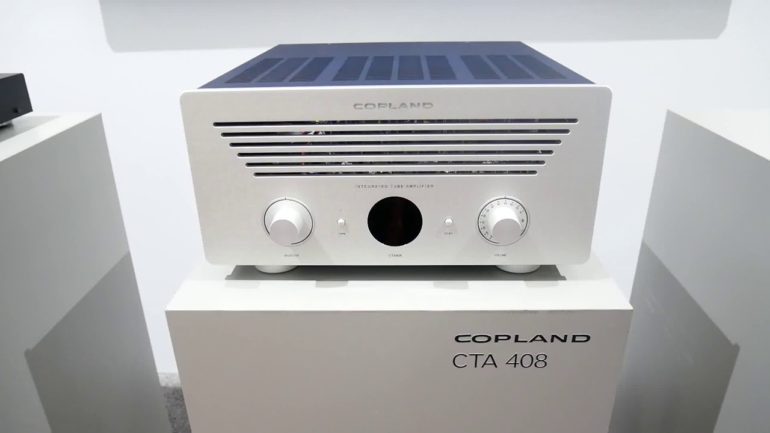 Copland began in the 1980s and soon became widely known, with its reputation skyrocketing over the next decade thanks to its affordable high-end devices such as the integrated CTA 501 amplifier and the CDplayer CDA 288.

The Danish company, founded and run by Olé Möller, came as a lifeline for many people when the “affordable” high-end exploded in the mid-nineties.

With its first products, it managed to give modern refinement to the lamp amplifiers and digital players of that early period for technology, in the sense that its sound was masterfully balanced between the virtues of lamps and transistors and its digital features extremely smooth and open treble, without the usual problems that plagued many players of the time.

Copland has been and remains extremely careful about what it presents, never rushing to get something on the market unless it has triple-checked it and, while occasionally presenting various categories of devices, is generally content with the essentials, but making sure its products are have excellent price / performance ratios and, at the same time, unparalleled build quality.

Its small range currently consists of two integrated (with KT-88, KT-120), a set of preamplifier / final amplifier (KT-120 with active stabilization KT-88) and its only DAC / pre / headphone amplifier with lamps in its preamplifier output.

The CTA 408 is therefore only the sixth member and the first, so far, to use the KT-150 “shell” in the power stage. It is currently the most expensive part of Copland, but do not make the mistake of underestimating the final CTA 506 along with the CTA 305 preamplifier, although many will get into the dilemma of choosing, since the prices are extremely close (a little more expensive set of two chassis from the new integrated, without even having the adjustable phono MC of CTA 408). There are other graces of the new and other graces of the old, you see, regardless of the power lamp.

In short, the CTA-408 has practically the power of the final but without the active lamp stabilization of its output stage. After all, the number of lamps in the CTA 408 reaches only eight, when the set lists sixteen and the smallest integrated CTA 405 / A use from eleven.

So we can expect that the CTA 408 will be even more modern in terms of sound than its siblings, since there is even the new mosfet circuit that supports the bright driving stage. This does not mean that it does not have recognizable lamp virtues, we would say the opposite. 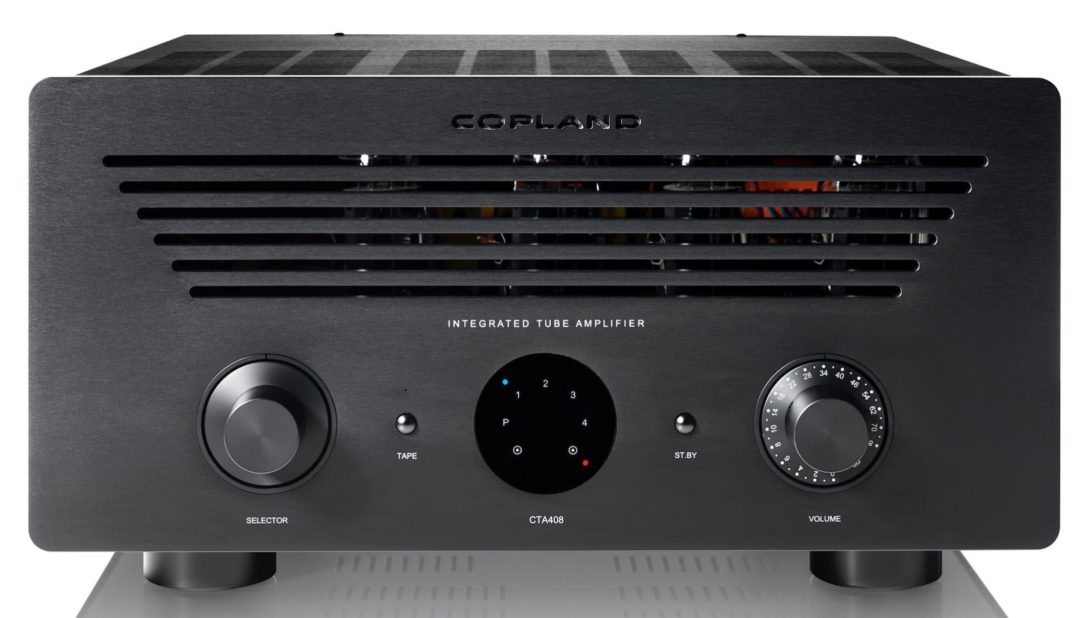 It is essentially an extremely sophisticated sound around the very powerful KT-150, unlike anything else we have heard. One can find similarities in the CTA 408 with more expensive Audio Research machines but also with single-ended designs with this lamp, especially in the middle area. But it also refers to top high-power hybrid designs or to very special solid state cases.

The CTA 408, moreover, proved to be quite unpredictable in its matches: it did not properly excite the KEF R11 and the Focal Spectral 40 th , however it performed amazingly low with the JBL L100 Classic and Monitor Audio Gold 100 (all from the 4Ω output – we tested and 8Ω) while it perfectly excited even the ATC SCM70SL (from the output of 8Ω) that go down very low, making them play music in a light, dynamic, very detailed and flowing way!

Therefore, those of you who are thinking about your next purchase, it is a good idea to give it a try before you buy. Be prepared for anything, regardless of speaker size and standard features. Such selectivity is difficult to explain but be sure that within five minutes you will know if it fits or not, that is, you will not need to philosophize it.

The internal construction is worthy of the external appearance and perceived quality, with top class, quality materials and assembly, while its back is occupied by the highly developed, armored phono stage and there is an independent class A headphone amplifier, with the output on the right side aluminum chassis.

The very quiet and detailed distinctive phono is at least equal to introductory high end proposals at 1,500 euros and the same goes for the excellent driving headphone amplifier.

The CTA 408 is started by a switch on its back and is put into standby or operating mode by the front pressure gauge. This allows preheating for 30 dl., Before the LEDs stabilize on the center circular display panel, but you have to let so much more pass before it plays, otherwise you will hear distortion from your speakers.

However, it is advisable to leave all amplifiers on voltage for 10-15 minutes before starting the auditions and always with low levels initially. It is difficult to describe something as capable and invisible as the CTA 408 but we will fight it. Tonic is as neutral as a bipolar one. No roundness is detected in its tonal curve which shows as an infinite straight line. 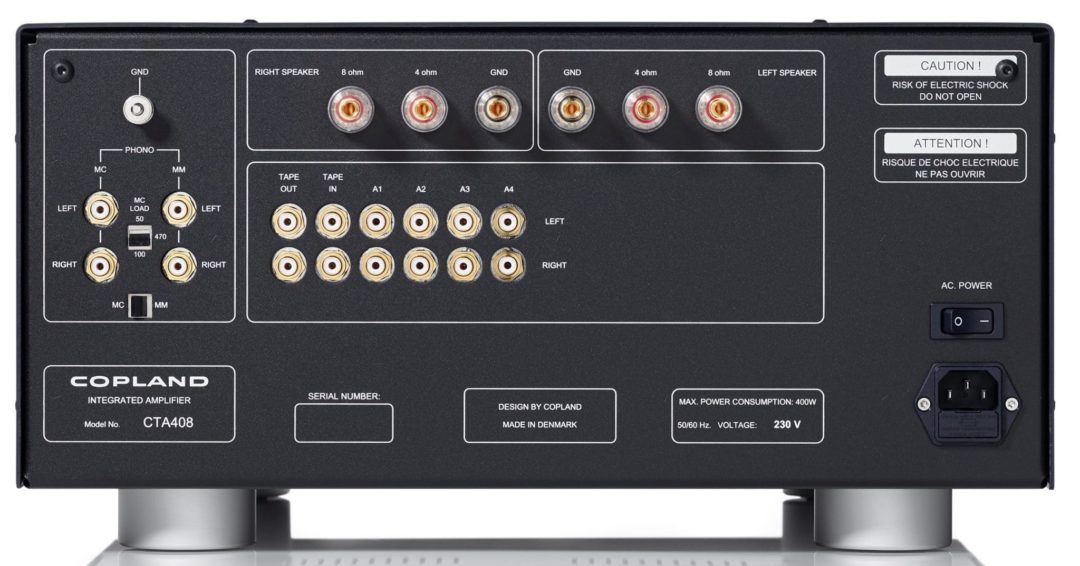 Its attack is extremely clear and tangible, but it has no trace of transistor emphasis and here one can find an extremely homogeneous combination of lamp-mosfet in the music of the attack and the fluid way it renders, without shortening the information with a light bulb, the most difficult transitions.

But while it is fast and lean, it will never become thin and bony, like many bipolar. We would say that it looks a lot like a hybrid, but you always have a sense of two parts in them – one rich and one fast – something that does not happen in CTA 408.

Its timbre depends entirely on the speaker. With the ATC SCM70SL we had an apotheosis of neutrality but so dense and airy descriptions that we got… crying from the musical emotion. With the JBL L100 Classic we got the most colorful lamp descriptions, with transparency in the performance of harmonics like a rainbow, on the verge of illusion.

Here the music took a more fun direction and a smile formed on our lips, as if we had become hippies of the seventies. With the much more affordable Monitor Audio Gold 100 we experienced a slightly more “shallow” – nevertheless very elegant – timbre compared to the above, but the result was so provocatively big on stage, with such an exuberant presence of deeply low and such stage accuracy, that we were speechless!

Surely the CTA 408 loves the small, high-end base speakers that disappear, in which it lowers so low as to defy their small size. The resolution is also analogous to the speaker and has never been shown to have any limit on the bass, midrange or treble, even with the anniversary ATC which is our main reference speaker and exposes any noise or inadequate description.

The only character that can be identified is his stage presence, which is close enough to the listener without ever crowding in the foreground, it just shows less laid back / with depth than the solid state standards, nevertheless with wonderful resonances in clarity and perspective.

The distances are very comfortable as the images do not appear “overflowing” and the separations between them are excellent, with a single image of the space, without euphoric mergers or unnaturally cut from the background.

The way he manages his abundant power is perhaps the greatest gift of the new Copland. Thin and delicate or impetuous and agile, always depending on the program, the CTA 408 has a rare musical touch in its dynamics and will make many opponents of similar power sound awkward and raw, with loss of resolution or imposition of character in moments of great contrast. 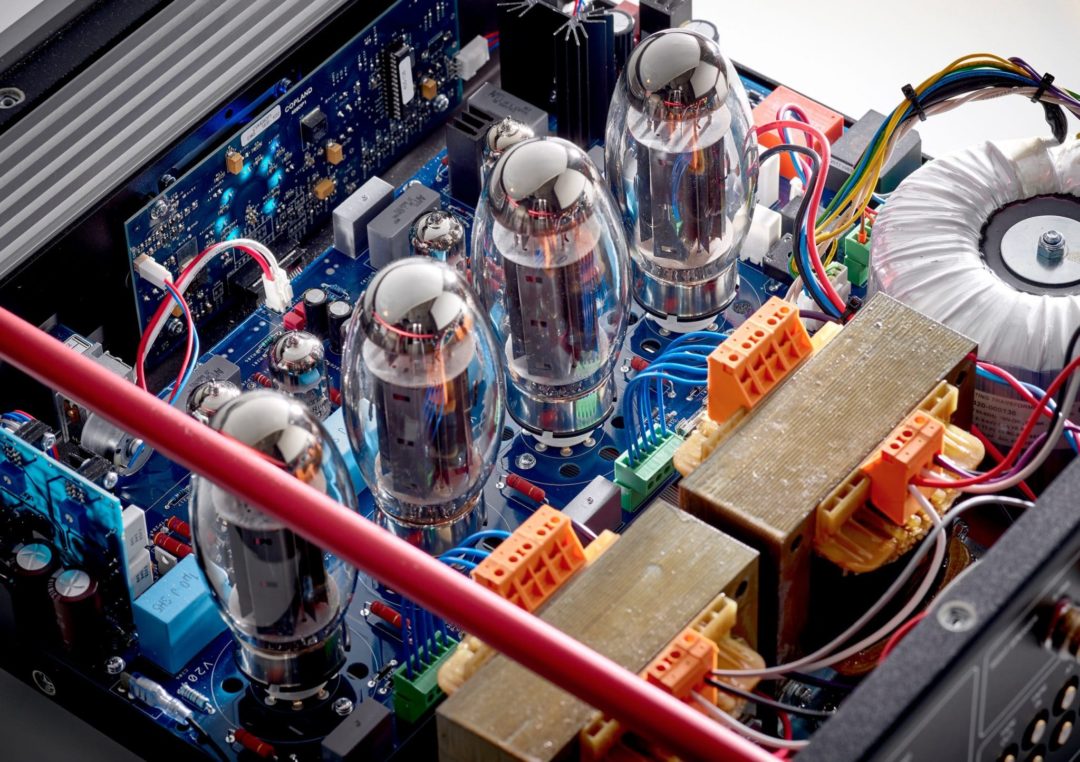 The low level is of course present in all its extent, but it maintains the correct energy ratios and never resembles a magnifying glass to the detriment of peaks or mid-range contrasts, as many in class A. Simply put, we were ecstatic about the sound physiognomy of the amplifier and we consider it an extremely honest proposal with absolute performance, at a very reasonable price.

A reference amplifier that will give many years of satisfaction to its owner.