The Denon CEOL N10 is a 2018 compact network stereo receiver with AirPlay 2 and HEOS multi-room support. The Denon CEOL N10 easily integrates into a local area network via a LAN interface or Wi-Fi connection, providing access to audio files stored on computers and NAS servers. The engineers who created the Denon CEOL N10 did not abandon the CD drive and, most music lovers still have CDs, someone likes to listen to audiobooks or stores mp3 collections on CD-R discs. In addition, optical drives cost a penny now, so there is no point in saving on them. Even if you rarely use it, the very fact that you have it has a calming effect. The system is also equipped with a remote control, and in some situations it is even more handy than a mobile application. But for playing music over the network, it is still more suitable.

The latest AirPlay 2 function is available for wireless audio streaming from iOS devices and creating multi-room. There is a built-in Bluetooth module with NFC (Near Field Communication) function for quick communication with Bluetooth devices. The mini-system can be controlled using a remote control, a web browser, as well as from any iOS or Android gadget via the Denon Hi-Fi Remote App. For analog radio reception, there is an AM / FM tuner on board the Denon CEOL N10. The signal paths through the CD receiver circuits are minimized to ensure accurate sound.

The Denon CEOL N10 features HEOS technology, which can be used to create a wireless multi-room installation consisting of HEOS-enabled components, among which are dedicated wireless speakers.

At the same time, a special application allows you to control the receiver, assign playback of specific content to various groups of HEOS devices, play different music tracks in different rooms, or synchronously broadcast music in all rooms at the same time. At the same time, access to such online services as Spotify Connect, Tidal, Deezer, Sound Cloud, Napster, TuneIn is supported.

The sleek, austere design of the system is made in the style of Apple. The center of the façade is occupied by a disc transport tray, under which is a high-contrast 3-line OELD display. On the front panel there is a power / standby button with an operating mode indicator and a tray open key. The rest of the controls (source selector, volume control, joystick for menu navigation and playback control) are placed on the top acrylic panel. There is also a tag for pairing with Bluetooth devices with NFC. The front panel has a built-in USB port that supports charging the iPod / iPhone even in standby mode, and a mini-jack for headphones. Rear panel inputs: Linear RCA, two optical and LAN. There is an RCA output for a subwoofer. AM / FM antenna jacks are provided. The speakers are connected using four screw terminals. The Denon CEOL N10 system delivers high quality sound with crisp open delivery and good bass response. The model is interesting for its versatility and support for key network technologies.

The main innovation in the Denon CEOL N10 is, of course, support for the HEOS multi-room interface, which allows you to control wireless speakers in your home from your smartphone or tablet, using your local Wi-Fi network as a “transport” for a variety of music streams distributed at your discretion.

The Denon CEOL N10 has improved the wireless module to ensure reliable communication in the face of potential network congestion, as well as transferring high-definition audio files. It is now dual-band and provides up to 130 Mbps, which is almost three times faster than the previous model. The antennas, by the way, remained hidden, but their location relative to the steel chassis was changed so that communication with external devices was even more stable, and RF interference to their own boards was reduced.

The Denon CEOL N10 has significantly expanded streaming capabilities – the number of music services pre-installed in the device has increased from three to 13 (Spotify Connect, Tidal, Deezer, Sound Cloud, Napster, TuneIn and others). Those who do not consider external music services as their main source, but their home storage – a NAS server, for example, or USB drives with music libraries collected on them – will appreciate the Denon CEOL N10’s compatibility with DSD audio files.

Albums digitized at standard (2.8 MHz) or doubled (5.6 MHz) frequency no longer need to be converted from their original one-bit format to some widely supported compressed format – you can listen to them in their original form. 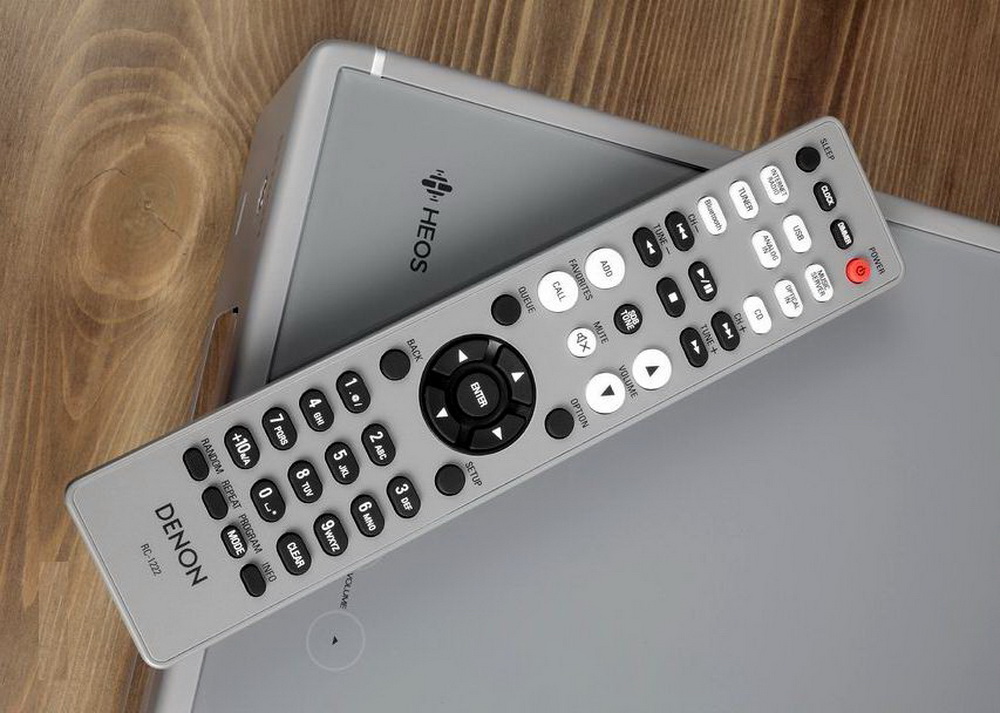 The Denon CEOL N10 CD receiver also features an advanced headphone amplifier, assembled on a separate board with a state-of-the-art low noise operational amplifier and four power bipolar transistors at the output. 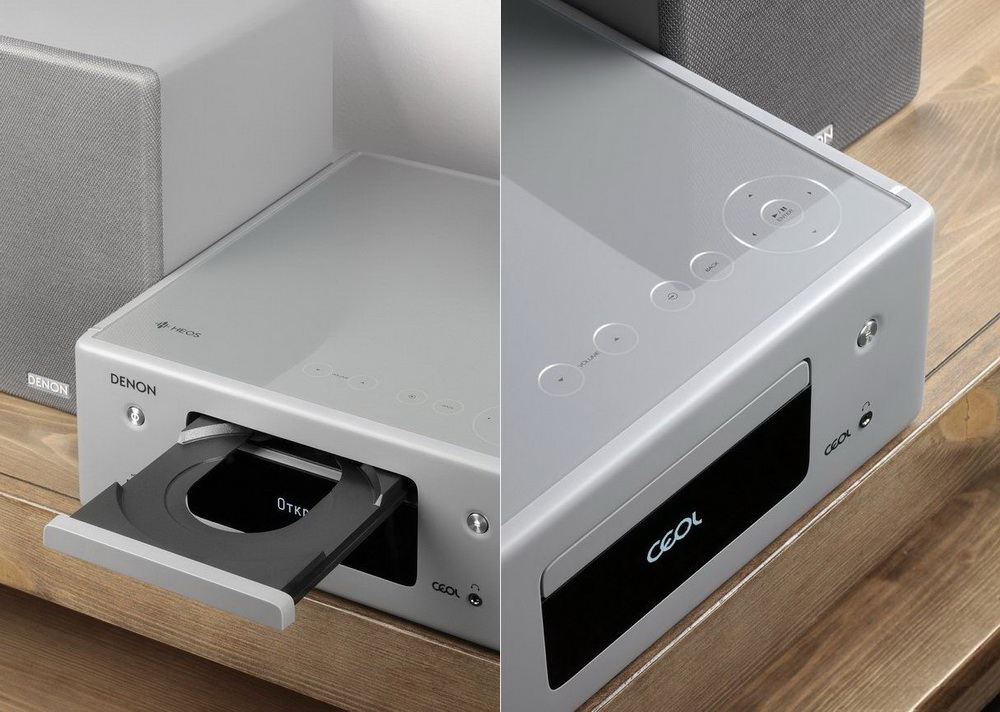 The Denon CEOL N10 uses a new Texas Instruments TAS5142 amplifier chip, the signal to which is fed digitally without intermediate DA / AD conversion, which inevitably adds its own noise and distortion. It is preceded by DSP (performs volume control and tone correction), as well as the new Texas Instruments TAS5558 pulse width modulator. In such a path, as the manufacturer assures, the typical problem of digital amplifiers is defeated – distortion at high frequencies due to repeated re-quantization of the signal. They have been reduced from the typical 0.07 to 0.025%. But that’s not all.

The amplifier board is made according to the Audiophile canons – it is physically symmetrical. Output filters are based on film capacitors and two-section inductors wound with OFC wire. Installed stabilizer LP5912 with less noise and ripple, You don’t have to pay for the stock speakers – the Denon goes on sale both as a complete CEOL N10 system and as a standalone RCD N10 CD receiver. In order to reveal the real talent of this CD receiver, we advise you not to buy it with standard acoustics, but choose shelf acoustics for it from manufacturers such as Monitor Audio, DALI or KEF, if the funds for purchase are initially limited, then you can replace the standard one. acoustics afterwards.