The integrated amplifier Electrocompaniet ECI 80 D belongs to the initial Classic Line, one of the main features of this device is the presence on board a two-way Bluetooth circuit capable of operating both for receiving and transmitting an audio signal.

The all-metal body has a strict, laconic design. The left side of the front panel is occupied by a large display window, which shows the selected input, volume level indicator and other symbols. The power / standby key is located in the center. On the right side there are 4 buttons arranged in the form of a cross. The upper and lower buttons adjust the volume in steps, and the other two act as an input selector. The model develops a power of 80 W at 8 ohms, and when connected to speakers with an impedance of 2 ohms, this figure rises to 300 W. The damping factor exceeds 300 units, which allows the amplifier to work with low impedance speaker systems. The Electrocompaniet ECI 80 D amplifier uses balanced circuit topology and the same design principles as in the Classic range. All components are carefully selected. Printed circuit boards with surface mount technology (SMT) are installed, thanks to which it is possible to improve the quality of signal transmission, as well as reduce the cost of the model. The power supply uses a toroidal transformer.

The Electrocompaniet ECI 80 D has the following inputs: three linear RCA, two coaxial, three optical connectors and an MM phono stage. To connect the speaker, there are 2 pairs of screw terminals installed on the right side of the rear panel. The universal remote control allows you to control the amplifier from a distance.

The Electrocompaniet ECI 80 D amplifier has an extremely low harmonic distortion of only 0.005% and a wide frequency range (from 1 Hz to 225 kHz). The input stage is not negatively coupled and operates in pure class “A”. The output stage uses a shallow negative coupling for better low-frequency control, as well as detailed and open mids and soft, warm highs. All of this is done to ensure accurate and authentic reproduction of your favorite music. Its sound enchants with emotion, precision, attention to detail, powerful dynamics, articulated bass and a realistic scene with the correct placement of images in space.

The Norwegian company Electrocompaniet has already managed to write its name in history, because for almost half a century it has been producing equipment that is well known to music lovers and connoisseurs of high-quality sound. In the branded line of the brand, we were interested in two models, which, in their essence, are already something more than just integrated amplifiers: Electrocompaniet ECI-80D and Electrocompaniet ECI-6DX.

Electrocompaniet equipment is produced in a picturesque place not far from the Norwegian city of Stavanger: the factory employs real professionals in their field and uses the most modern equipment. Quality control and compliance with all technological standards are a mandatory component, and the Nordic character is felt in every little detail. 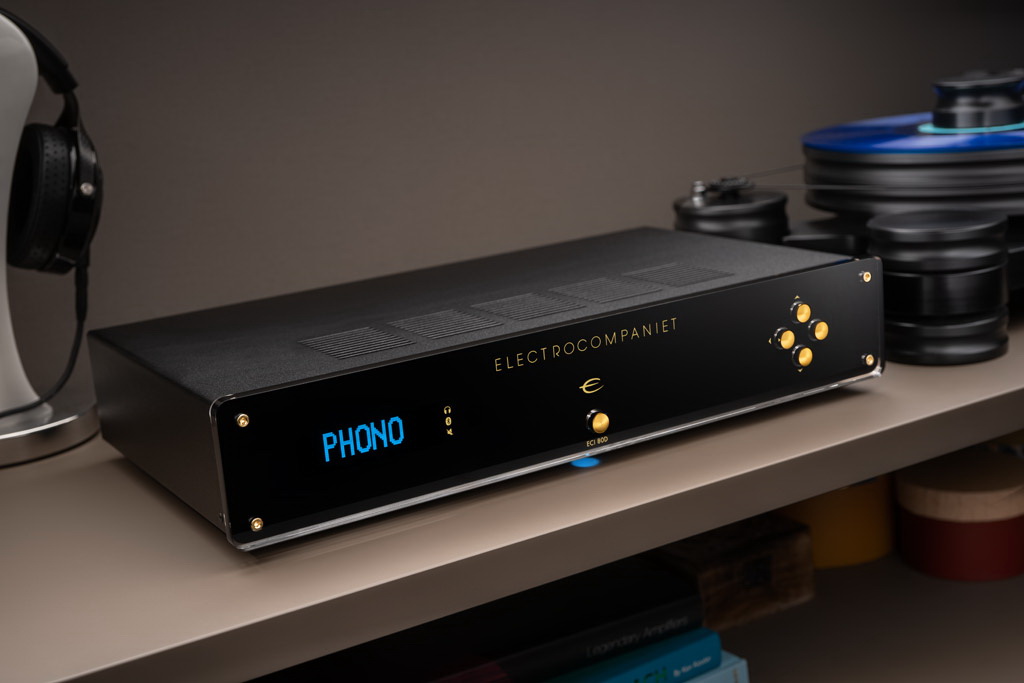 The design of the Electrocompaniet ECI-80D and ECI-6DX amplifiers is a very special story: it is quite classic and has long been familiar from Electrocompaniet products, but at the same time it is not at all formulaic – largely due to the glass front panel, which houses the control keys and a display showing the operating modes … The originality and uniqueness inherent in this technique are becoming more and more weighty values ​​in the modern world, where widespread copying has become almost the norm.

Moving on to the technical features of the Electrocompaniet ECI-80D, we note not only a couple of classic analog inputs, but also a solid supply of five digital inputs. In addition, there is an MM phono stage with a built-in roar filter, and the cherry on the cake is Bluetooth with support for the aptX HD codec, and the amplifier can both receive a signal from a source and transmit it, for example, to wireless headphones. But that’s not all! There are two traditional connectors for connecting wired “ears”, as well as RCA outputs from the preamplifier: as you can see, the Electrocompaniet ECI-80D amplifier can act as an independent device, or work as part of a larger system – the Norwegians have provided everything! In addition, quite expected, but still nice: a convenient and laconic control panel is included.

And now – about the main thing, namely, about sound reinforcement. Despite the fact that in recent years the market has become a frequent choice of solutions in the class D, we are dealing with a traditional AB, which is powered by a very solid toroidal transformer and produces up to 150 watts per channel at a load of 4 ohms. With its rather modest dimensions, the amplifier is capable of “swinging” both shelf and floor speakers – in a living space, its power-to-weight ratio will be sufficient in most cases. 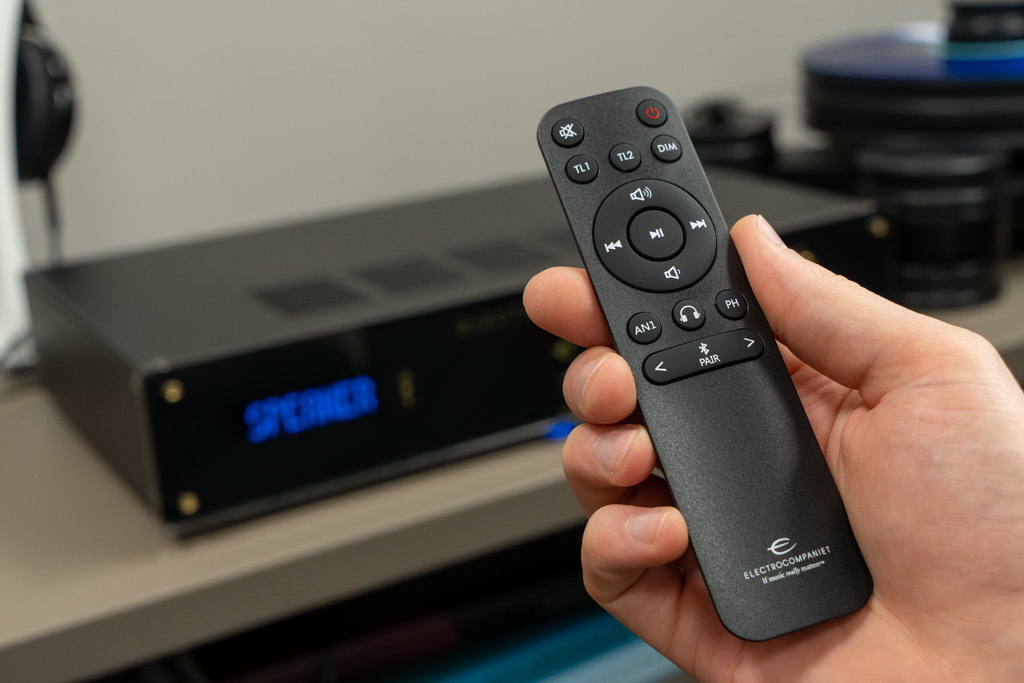 An equally interesting model from Norwegian engineers is the second generation of the flagship streamer / amplifier Electrocompaniet 6DX, which, without a doubt, is in the top league of modern integrated audio equipment.

Of the interesting “chips” – the proprietary application Electrocompaniet Remote, which, together with the presence of a wireless module in the 6DX, magically turns a completely traditional-looking “integral” into a modern machine for working with content: there is support for Airplay, streaming services Spotify, Tidal, Qobuz. In addition, it is possible to play files from the local network, from USB-drives, as well as via Bluetooth. On the rear side of the case there are balanced and unbalanced connectors, including the outputs from the preamplifier. The Electrocompaniet 6DX amplifier delivers a confident 200 W per channel at a load of 4 Ohms, and the mass of the device is quite consistent with its characteristics: more than 20 kg of audiophile quality in the traditional Electrocompaniet design.

In the case of both devices, a sufficient supply of power is felt: even the most dynamic passages, with suddenly bright forte and subsequent accurate pianos, do not in the least confuse our heroes. At the same time – very good intelligibility and detail, even in the case of rock that is not easy in this regard: the “wall of sound” of electric guitars and percussion does not turn into a shapeless mess, but is lined up in graceful “layers” – exactly as it was originally intended by the sound engineer. It is also worth noting the amazing versatility: the Electrocompaniet ECI-80D amplifier, skillfully coping with any musical genre, will not disappoint even picky audiophiles, and the Electrocompaniet ECI-6DX surprises with a combination of a classic look and the most relevant functionality: it is good as a pair with vinyl and CD- player, and when using streaming services – the performance will, in any case, be at its best. Perhaps, the main feature of these devices lies precisely in the versatility: they seem to combine different eras and present this combination in a completely impeccable performance.

The technique from the Norwegians Electrocompaniet is just something very special: a style that is not striking at the first acquaintance, but upon closer examination reveals its originality and emphasizes that the owner has a taste that is not imposed from the outside: this person knows a lot about good sound and exceptionally high quality things.