The Hegel H120 is an integrated amplifier with network functions. And if you are fed up with the standard black and silver hi-fi colors, you will appreciate the white Hegel H120 case. The clean lines here are complemented by a crisp OLED display with white characters, making the overall design very modern and minimalist. The only downside to this fresh approach to styling is that your other components may seem a little outdated compared to a newbie. But this, it seems, only confirms the philosophy of Hegel – to remove everything insignificant, to leave only the enjoyment of music. The Hegel H120 literally asks to be the only Hi-Fi component in sight in the modern home.

The sleekly rounded aluminum front panel features only a 6.35mm headphone jack and two controls that smoothly adjust volume and allow input selection. On the rear – inputs for analog signals on XLR- and two pairs of RCA-connectors, one of which can be switched to constant amplification (Home Theater input). Digital outputs – three optical, USB and one coaxial, as well as an Ethernet connector that allows the device to stream music via UPnP / DLNA or AirPlay. The Hegel H120 amplifier can be integrated into smart home systems controlled from a phone or tablet. The set includes a remote control that allows you to control all functions and can even turn off the display.

Completing the description of possible connections, it is worth mentioning the preamplifier outputs for connecting a power amplifier or subwoofer, as well as powerful speaker terminals that provide any type of
connection. SoundEngine 2 technology sweeps aside the traditional use of negative feedback while employing a form of local positive feedback that delivers outstanding results. Simply put, this proprietary technology achieves very low distortion levels, a very high damping factor, giving you total control over your speakers far more efficient than you’d expect from a 75-watt amplifier. Digital circuits support 24-bit / 192 kHz resolution over coaxial, optical and network interfaces, and USB input is limited to 24-bit / 96 kHz. 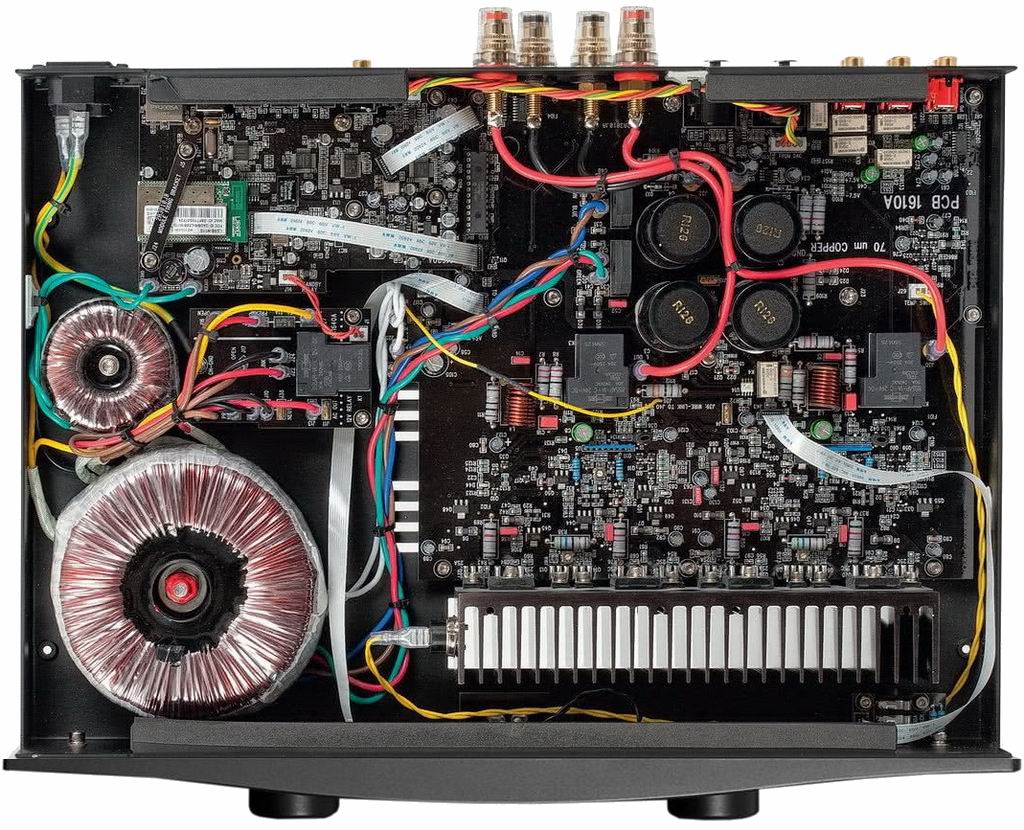 The Hegel H120 has Apple Airplay, Spotify Connect, IP Control, Control4 and UPnP streaming. Additional features will be offered free of charge through a simple software update. All inputs are configurable for volume bypass, so you can integrate them into your home theater or (for example) Bluesound or Sonos. Whatever you want, you can do it with the H120.

Hegel has collected the many virtues of its various components in one slim, stylish package. The Hegel H120 amplifier sounds much more powerful than you expect from it and handles complex speaker systems without problems.

Hegel has changed a lot in the years between the release of the H80, H90 and H120. The H80 was one of the first models in the company’s “redesigned” lineup to feature improved versions of the proven “SoundEngine” circuitry. The design of the Hegel H120 uses several of the company’s key technologies under such expressive names as “DualAmp” and “DualPower”, along with the aforementioned “SoundEngine”. Basically, DualAmp technology separates the voltage and current amplification stages between two different amplifier modules, while DualPower is designed to supply current from a small power supply to the I / V amplification stage in the preamp section and to the current output stage of the amplifier path. power with separate taps from independent power supplies supplying the transformer. SoundEngine is a form of local error correction, rather than global feedback, that in terms of sound quality transforms a Class AB amplifier into something similar in performance to Class A. Together, they create Hegel’s signature organic sound that is not associated with a specific engineering concept. , and to a greater extent with listening tests and generalized application of technologies, The new DAC section still includes the usual S / PDIF and USB interfaces, but now also allows streaming over Ethernet. 24-bit DAC is based on PCM with 192 kHz frequency. Those looking for a higher performance for DSD among Hegel products should look at one of two separate DACs, as MQA is not currently part of Hegel. This section has also received its own nomenclature: “USB”, as you might have guessed, indicates a USB input, but this indicates that you are effectively using your own sound card at the USB input. Meanwhile, the proprietary “SynchroDAC” system is a system of internal jitter suppression and synchronized upsampling, and is in direct conflict with the now more common asynchronous conversion, used in most USB converters. Hegel points out that asynchronous technology, which converts jitter into amplitude errors in a signal, negatively affects the digital input data. 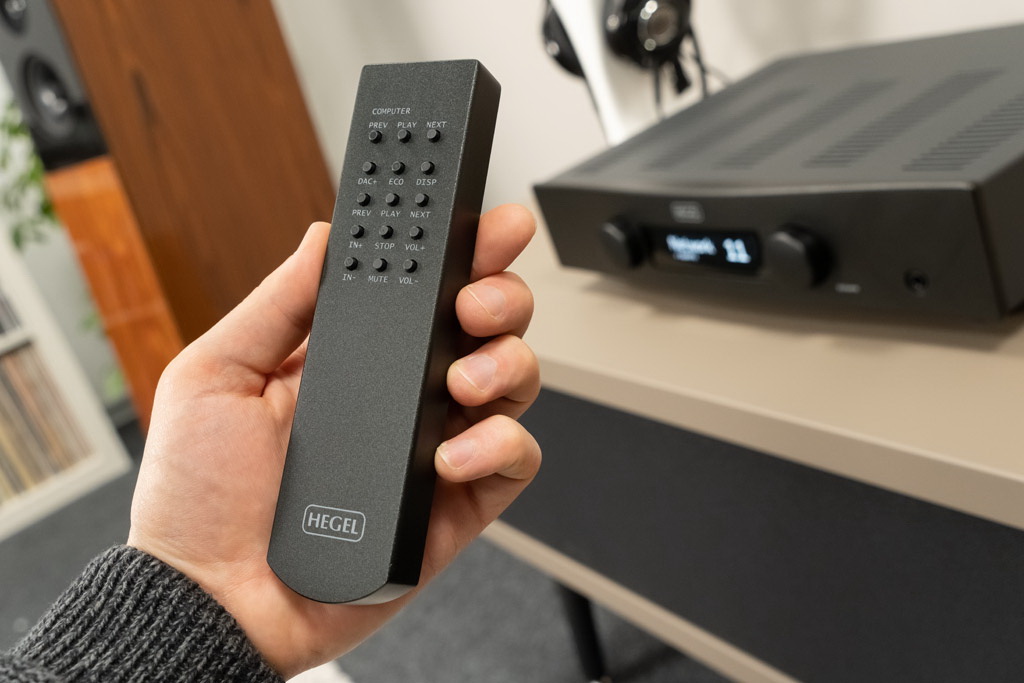 The front panel material is now composite instead of metal, although unless you plan on using the H120 for guess the material, this should make as much of a performance difference as the logo on the shipping carton. In such a case, the H120 is indeed less efficient than its predecessor, at least on paper.

The amplifier has a high damping factor of over 2,000, which doubles the electrical performance of the power supply compared to its predecessor. In practice, the only real difference between the H90 and the H120 is the added XLR input and increased power. It has the same easy-to-read fluorescent display, Ethernet streaming and one coaxial digital input, three optical Toslink inputs and one USB input. Apple Airplay is also supported. Hegel has avoided the waste of building its own custom applications and recommends using a combination of QNAP NAS, Twonky (for NAS controller) and Linn Kinsky (for iPhone users) or Bubble UPnP (for Android users) … You can also use PlugPlayer or many other applications, because the “blessing” (which for some may be the “curse”) of UPnP is exactly the letter “U” which stands for universal.

Another way to listen to music is through headphones, and here Hegel again shows the highest results in comparison with built-in amplifiers. This is by no means a secondary issue, and while there are more advanced stand-alone headphone amplifiers, we have a very good example of what can be done in a dedicated two-channel amplifier. The H90 may indeed be the cheapest component in the entire system, but it won’t be the weakest link. The great thing about the Hegel H120 is that this amplifier follows the commandment “do no harm”. It just receives the signal and makes it sound the way it should through the speakers. If the music is recorded well, the sound will be good. If the music is poorly recorded, it will still sound … fine.

But the special thing about the Hegel H120 amplifier is that it can do it with much more exotic speakers than you would imagine for an amplifier in this price range. And with more cost-effective acoustics, the system will sound great.