To replace the youngest in the line of integrated amplifiers Hegel – the popular model H90 – the audioguru from Oslo prepared a new device. “Intelligence is change.” It was under this motto that the Hegel H95 was introduced to the general public. Indeed, in combination with the proprietary “Hegel” sound quality, the widest possibilities for an upgrade were laid in its design.

For all the undoubted merits of the H90, its streaming and digital processing capabilities have gradually become obsolete in its three years of production. And the recently released older models – H190 and H120 – were built on a more advanced software platform. Both units provide Spotify Connect access and a much more stable UPnP connection, and upcoming updates will make them AirPlay2 compatible. When creating the H95, Hegel engineers aimed to provide its future owner with most of the functionality of older models.

The main advantage of the novelty is the digital-to-analog converter. Today, most of the music content that the amplifier deals with is digital. The Hegel H95 uses the same DAC as the H120 and H190. And this is a significant step forward compared to the H90.

The new device demonstrates a completely different level of digital-to-analog conversion. It has become smoother, more accurate and dynamic. While analog signal processing has improved, it is now done in a fundamentally different way in the digital domain. Hegel’s proprietary technologies provide complete control of the data flow, transferring digital music to the speakers without distortion.

By updating the software in the future, it will be possible to implement new functionalities that will allow the device to remain relevant for many years. The device’s firmware is updated via the Internet and the on-screen menu. In addition, the menu provides the ability to view the IP address and other information. All inputs can be configured individually. The function of bypassing the volume control circuit has been implemented, which allows the amplifier to be integrated into a home theater system. Another popular option today is to set the maximum volume for headphone output and separately for speaker output. You can also set the initial sound volume – the level with which the device starts to work after switching on. Finally, the Hegel H95 wakes up from standby mode to operating mode over the LAN. Even if the unit is turned off, you can still select it from Spotify, AirPlay, etc. And take it out of standby mode! The analog part of the Hegel H95 is in many ways similar to the proven H90 platform. The developers have provided it with an improved power supply and an analog stage. Design improvements have also been made to reduce noise in the headphone output.

The basis for the impeccable sound of the new amplifier is provided by proprietary Hegel Sound Engine 2. It guarantees extremely low distortion. And a very impressive damping factor of over 2000! The device demonstrates dynamic, agile and powerful bass response. And that’s why 60 watts of output power is more than enough power to sound the most sophisticated speakers with confidence.

In many ways the SoundEngine 2 works like a noise canceling headphone. The output of the amplifier is compared with the input. The system detects all sound pollution (distortion) and transmits the signal to the acoustic outputs, but in antiphase – like “1 – 1 = 0”. In this case, any distortions are neutralized. And only pure, natural sound remains. It took over 30 years to develop SoundEngine technology – from concept to complete implementation. Investments in it amounted to millions of dollars. The traditional ergonomic Scandinavian design with a massive front panel inspires confidence. And the finishing touch is a well-read informative OLED display. The Hegel H95 amplifier is capable of changing over time and keeping up with your needs. This approach makes it almost the perfect heart of the modern music system. This is the most convenient product to use, the most versatile in its equipment and the most high-quality sounding not only for its value, but also in comparison with more expensive models.

The Hegel H95 amplifier is a development of the already well-known H90 model. The amplifier demonstrates a successful combination of rich functionality and excellent sound at an affordable cost. The use of the proprietary Hegel SoundEngine 2 amplification circuit in the “ninetieth” model made it possible to transmit the musical recording to the speakers with virtually no distortion. In the new device, it was decided to improve the digital part, built on the basis of the AKM4490 converter, similar to the older models of the Hegel integrated circuit line – H120 and H190. As a matter of fact, in addition to a completely new digital circuit, the developers have significantly improved the power supply for the analog part and minimized the noise in the headphone amplifier path.

The amplifier supports Spotify and UPnP, and will receive AirPlay 2 support in a future update. The design of the device strikes a very good balance between the number of modern options and their ease of use. This is clearly not a typical “Japanese” – with a scattering of indicators and buttons.

The user has two pairs of analog inputs, three optical, digital coaxial and USB. And also – the ability to connect to a local network. Naturally, there are already familiar settings for the initial and maximum volume and input configuration. From the very first minutes of listening, it becomes obvious that the H95 sounds very similar to its more expensive “relative” H120. Is that a little smoother. This does not affect detail and rhythm in any way. Most importantly, its tonal balance is still impeccable.

Lazy Calm by Cocteau Twins is a great example of 80s ambient. The recording is certainly not a reference, but in a good system it constantly retains attention. In the performance of the H95, the sound turned out to be balanced and very nuanced.

Modern jazz performed by Herbie Hancock demonstrated similar coherence and sufficiency in the presentation of musical material by this amplifier. Perhaps he lacks the scale of the soundstage a little. But this is exclusively in comparison with much more expensive models. And how he reproduces guitar rock! Those same violent Australians from Airbourne have no sleekness, pure emotion and drive. 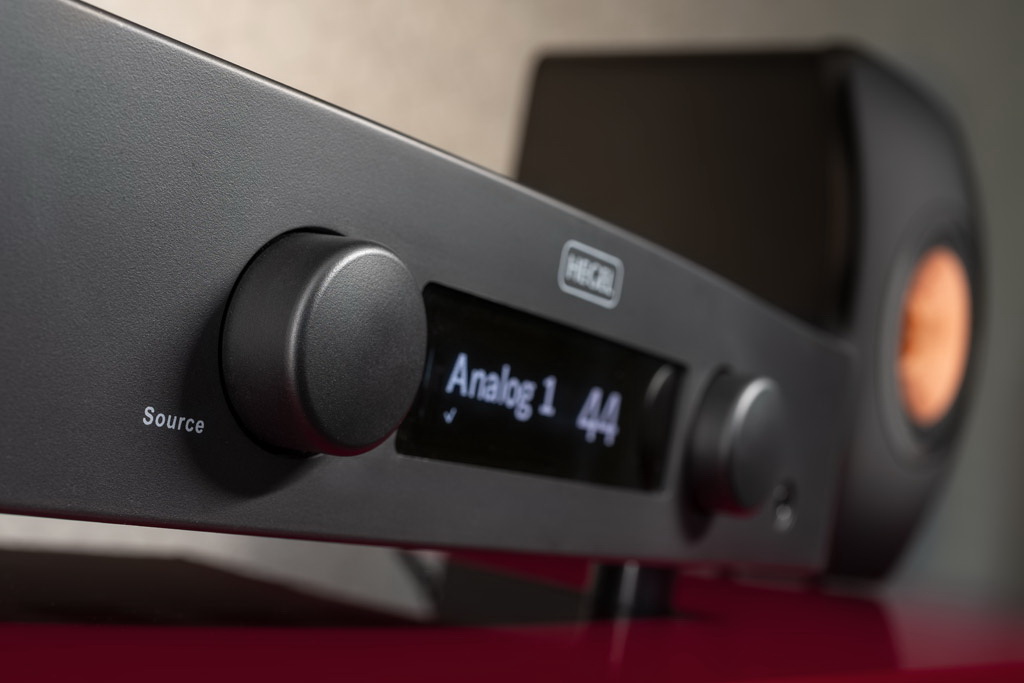 Hegel H95 is a budget amplifier with far from budget potential. The combination of build quality, ergonomics, functionality and unrivaled sound of the Hegel leaves little room for the competition of the H95.