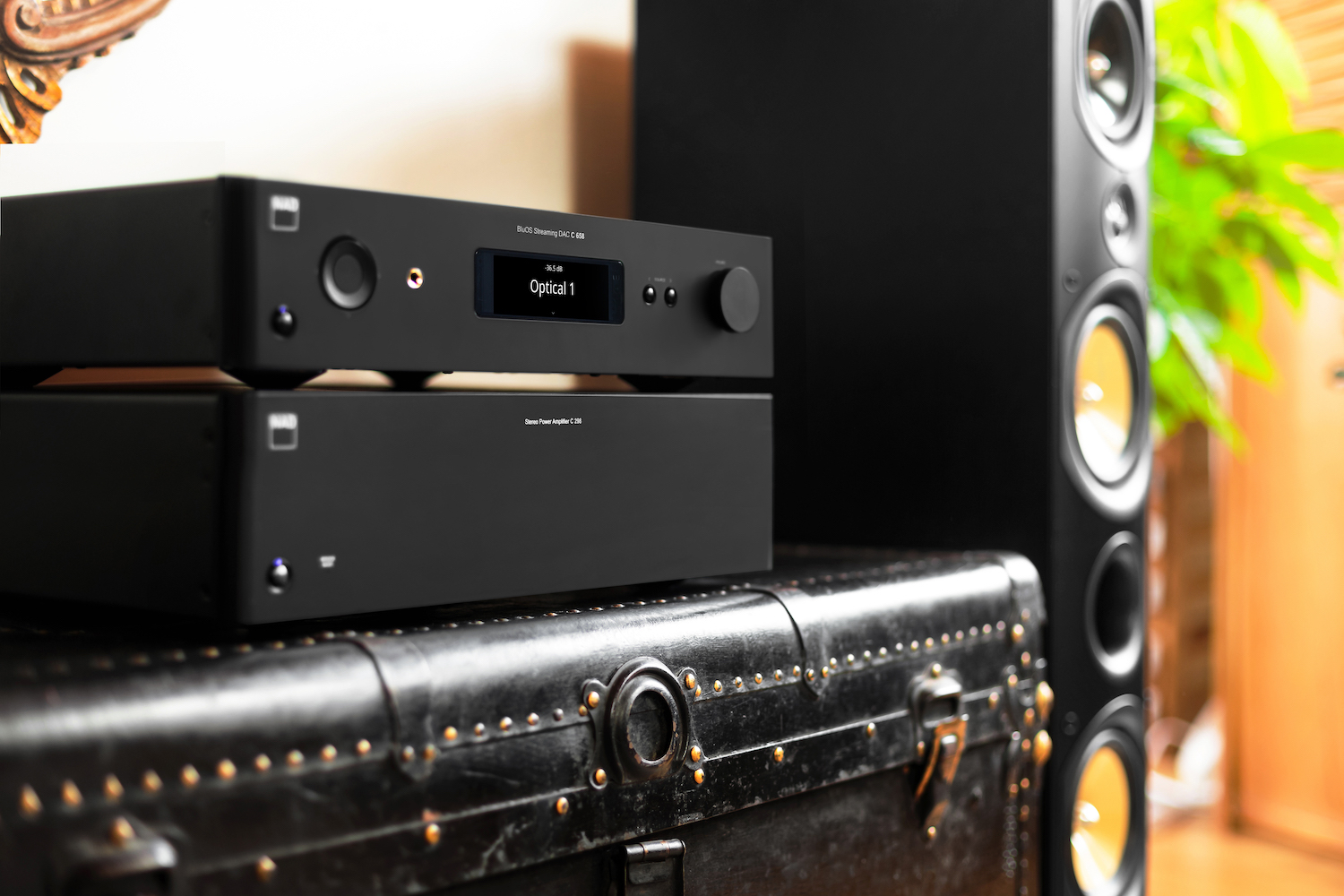 Let’s zoom right in on what anyone who sees the NAD C 298 will think: this device doesn’t look exciting. It is a sober, black box with an on / off button and an LED that is hardly noticeable even in a darkened room. But come on, suppress that yawn just a little longer. This black box of NAD is simply not meant to arouse desire. Not with its looks, but what is under the hood is very stimulating. We have it then – what do you think? – about Purifi’s class D amplification, which is praised in so many quarters and makes just as many hi-fi connoisseurs mouth-watering.

Why? This all has to do with the names of Lars Risbo and Bruno Putzeys who dangle from EigenTakt as inventors. These two gentlemen are somewhat of a hi-fi superstars, thanks to the various innovative audio products that have appeared in recent years. Think, for example, of the many high-flyers from Mola-Mola and the mighty active speakers from Kii Audio.

The C 298 is therefore, after the M33 , the second Purifi first for NAD. A third will be added soon, the M28, a seven-channel output stage based on EigenTakt modules. The amplification modules may be freely available on the market, so that other companies and hobbyists can get started, but it is the Canadians who clearly got a head start to be the first mainstream brand to use Purifi.

In the coming months you will probably see other brands coming out with Purifi amplification. What we do not expect is that you will suddenly see amplifiers from smaller DIY brands that are a lot cheaper than EigenTakt products of larger hi-fi names. That was the case with nCore. But as we understand it, the EigenTakt modules will always bear a higher license cost to ensure that the designers at Purifi are remunerated more fairly. That is allowed – and immediately gives some context to the 1,999 euro price tag of the C 298. Given the technology it uses, the price can be called stiff. 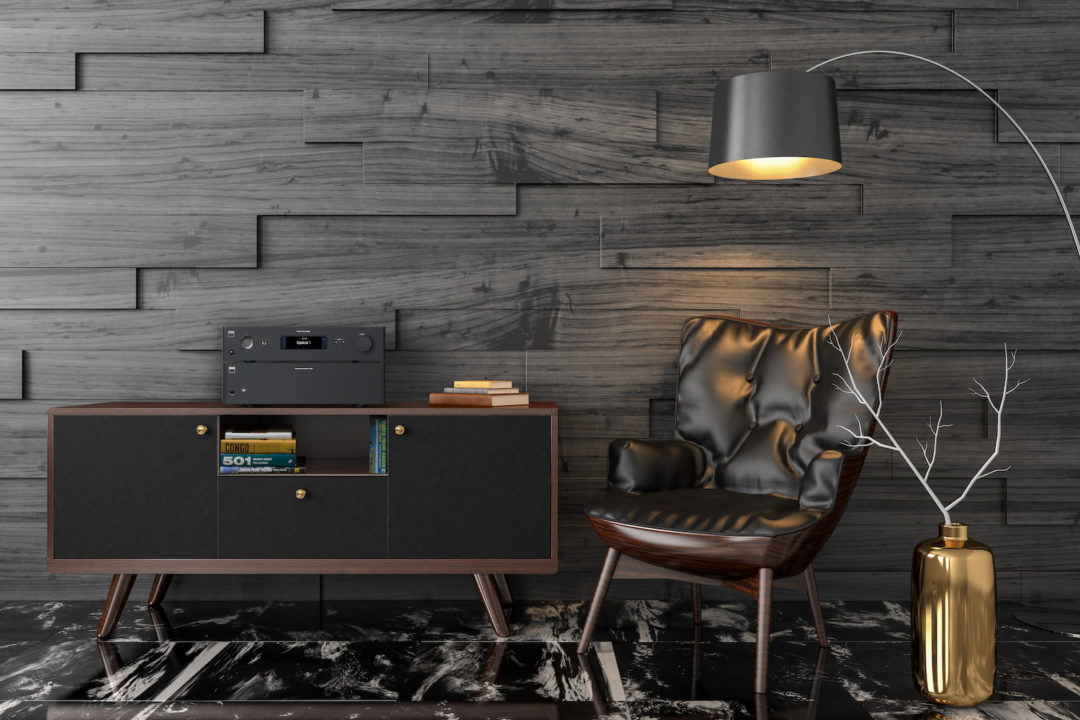 The concept of the NAD C 298 is a classic power or power amplifier without its own controls, good for a power of 2 x 185 Watt (2 channels fully loaded and at 8 Ohm). On the outside, it looks almost identical to previous NAD Classic series power amplifiers, a series of devices that show off an uninviting design language. Love at first sight, we don’t think so.

You have to combine the C 298 with a separate pre-stage or amplifier. In addition, you may still need to provide one or more sources, depending on whether that preamplifier has built-in streaming or not. We will go into that in a moment, but you already know that it is a device that fits in an old-school hi-fi system with multiple components.

For those who do not feel like having such a ‘tower of power’ in the living room and are already giving up: there is another way. The C 298 has the trigger connections and an adjustable auto-sense function so that you can also tuck the thing away somewhere in a cupboard if you wish. If you want to tackle it very subtly, you can even ban the device to the technical room – although you will of course have to do the necessary in terms of cabling. Thanks to that trigger and auto sense, the NAD amplifier switches on automatically when you start playing music. 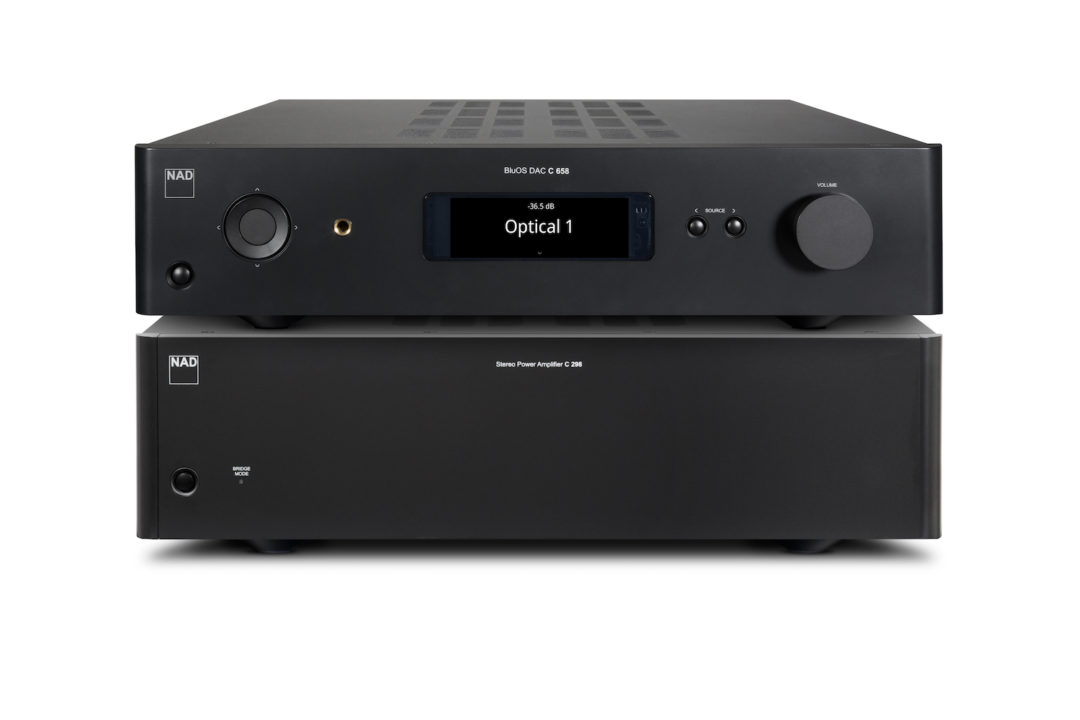 The obvious candidate to take on the role of preamplifier in this story is the C 658. It is a device that NAD introduced last year and is much more than a simple preamplifier. On the contrary, we even called it a Swiss army knife of the hi-fi in our review. Okay, okay, in hi-fi journalism that’s one of the Big Clichés, along with “I got goosebumps,” but in this case it was completely appropriate. In fact, thanks to the built-in DAC, the BluOS module and Dirac software, the C 658 is one of the most versatile hi-fi devices you can find on the market today.

You can connect all kinds of physical sources to it (including a turntable), stream via a number of streaming platforms and optimize your acoustics via the Dirac function. Slide the appropriate MDC expansion card into the C 658 and you even have HDMI inputs and an HDMI-ARC connection to connect to your television. There is actually little it cannot and what it does it does at a higher level.

Although there is always room for improvement. For those who are in doubt between the combination C 658 and C 298 versus the equally versatile M33: in addition to the obvious difference in industrial design, the double DAC hatch in the Master device is nevertheless higher specified. We were also told that the gain stage in the M33 is a bit better.

One or two pieces?

You won’t find many inputs on a device like the C 298. Logical. Connecting sources? You do that on the preamplifier. From this pre-stage you leave with a few cinch cables or (better, if possible) with two balanced XLR cables to the NAD power amplifier. You may take longer unpacking the box than connecting cables to this device. Oh yeah, you don’t have to lift your fracture when you lift the NAD out of the box. An advantage of class D is that it is light and compact. Well, it is not a featherweight, because the nutrition is still quite strong to easily take any dynamic peaks. 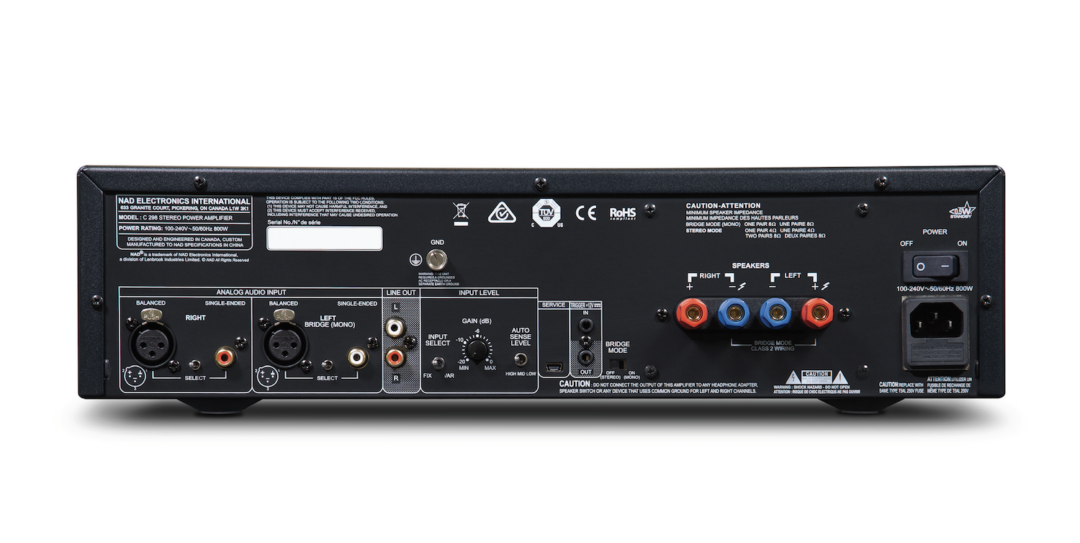 You can safely call the C 298 a hefty output stage in terms of power. NAD specifies a 185 Watt power when you connect 8 Ohm speakers, with a peak power up to 570 Watt. That is quite a lot, even if it is slightly less than the M33. But of course it costs a lot more, even if you include the cost of a C 658: 5,499 euros. You can also trump that topper by connecting two C 298s in bridge mode. Not a cheap option, but you do end up with 620 Watts of Purifi power (with a peak power of 1,000 Watts).

A must-have upgrade for your hi-fi set or a pretty perfect addition to a good DAC / preamplifier, and that for a reasonable price. That’s in a nutshell what the NAD C 298 has to offer. Thanks to the groundbreaking EigenTakt amplification, you can count on a spectacular reproduction, with excellent control and purity that reveals exactly what a connected DAC / preamplifier got out of a recording. Your speakers are also optimally controlled, however demanding and fickle they behave. Step into bridge mode and you’ll have more power than you’ll ever need.

The C 298 seems to us suitable as a companion for all preamps, although the marriage with the NAD C 658 is completely successful in terms of features. You can aim even higher in terms of DA conversion, but you may notice that by the price tag.