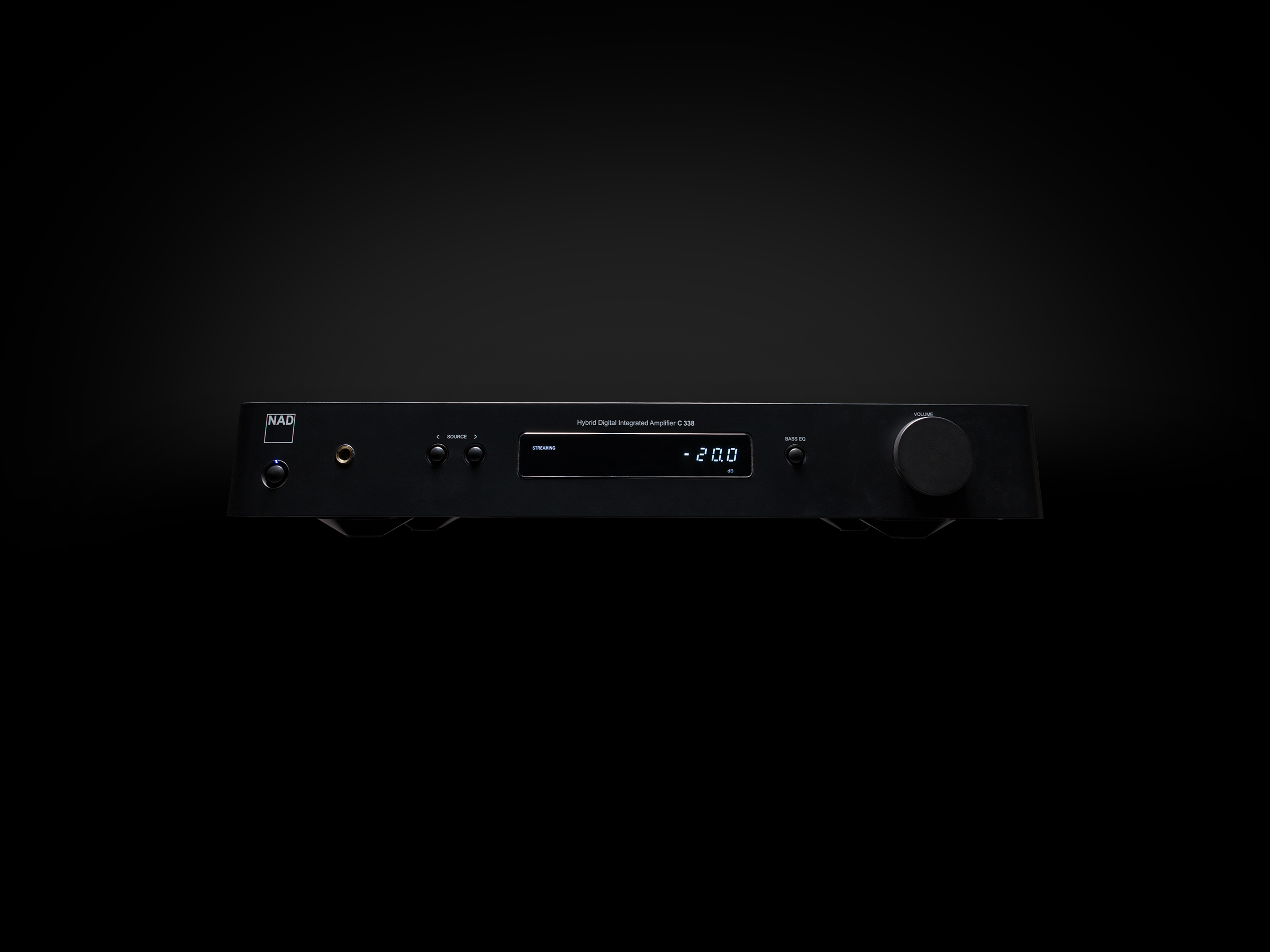 With the Bass EQ and the output for sub, the NAD C 338 gives the option to those who do not prefer the most classic sound to listen with pleasure to the modern tracks and action movies they want.

For a long time – NAD, has a big name in the field of integrated amplifiers, mainly due to the famous NAD 3020, the legendary amplifier built in 1978, when the company was based in England. In 1998 it was the most famous and best-selling amplifier in history, while from time to time the company released various upgrades and variants of the amplifier.

The years of NAD 3020 have passed and the company, always having the know-how and experience of the past, continues to produce new amplifiers in a world that has advanced in digital and wireless audio.

One of the new innovations of NAD that is on this path is the creation of the HybridDigital, a class D analog amplifier that uses a variable frequency modulation and feedback system that increases the SNR of the signal and significantly reduces intermodulation (IM) distortions. The test amplifier has an amplification level of the Dutch Hypex Electronics and is the main weapon of the new integrated NAD series amplifiers C and we have found amplifiers from other manufacturers. 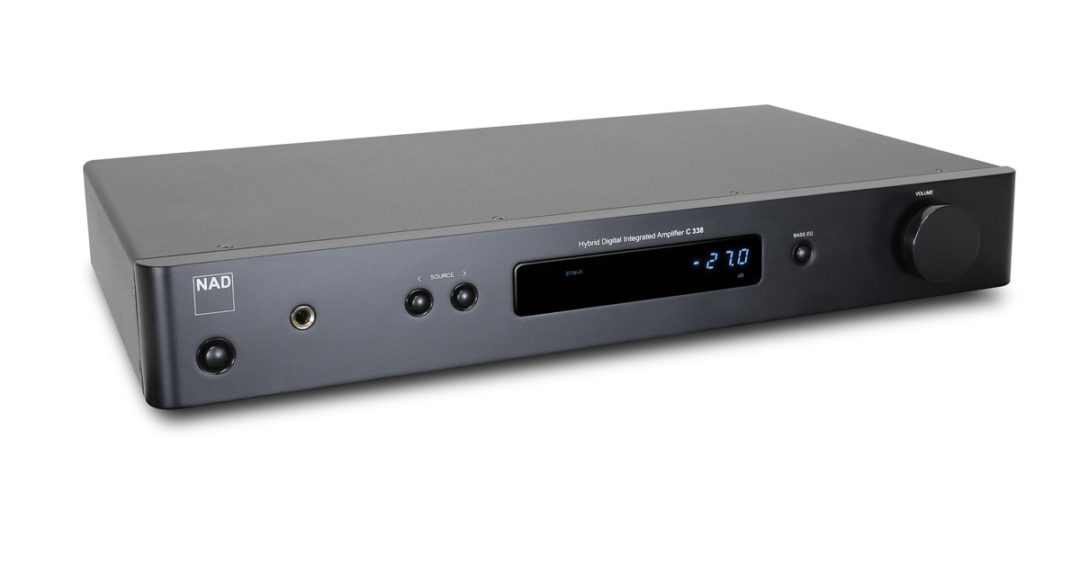 The C 338 is the smallest of the C series with a total power of 50W and moves in the shallow waters of audiophile amplifiers below one thousandth. It is thin and shapely, it is heavy enough to be carried comfortably. Its chassis is made of aluminum, while its front is made of plastic and has 4 metal legs with plastic ends.

C 338 has all the necessary digital analog connections, 2 RCAs which it calls “streaming” and “TV” without excluding the connection of other line devices, 2 coaxial, 2 optical and a phono for mobile magnet heads along with ground. It also has a subwoofer output so that the “bass junkies” do not leave their favorite low.

A tiny remote control covers all the settings, while the screen brightness setting is located in the center of the front panel. Finally, there is a button that activates the Bass EQ, which emphasizes the area of ​​80 cycles without interfering with the sound color too much or awkwardly but surgically and in pieces such as Daft Punk’s Get Lucky, brings the bass to the fore.

The Bass EQ that is also on the front as a button on the right side of the screen next to the saturating volume potentiometer, will give a boost in case we have small speakers or in case we want something more. The screen is medium in size and the characters, especially the inputs, are small enough to stand out from a distance.

To the left of the front panel are the On / Off, an input for headphones and two buttons for selecting the input. The outputs for the speakers are of the screw-type type and are “silent” when we connect the headphones to the C 338, which are driven by their own separate amplification.

The chain we created consists of the Magnifico CD Transport and the Supremo DAC of North Star Design and the reliable ATC SCM70SL. At first we compared the C 338 to the superior of the Rotel RA-1570 and while we did not expect it to be able to compete with it, at low volumes it did not lose its detail and in the musical outbursts it had a comfort and a dynamic range quite remarkable.

Continuing to listen to the behavior of NAD C 338 on the analog signals, taking away from our ears the Rotel experience, we heard a really nice amplifier. Hypex’s custom UCD output stage, even with the 50W it provided, fed the very demanding ATCs with relative comfort and managed to manage the intense dynamics it undertook. The stereo and arrangement of the instruments in the space was satisfactory and perhaps superior to its class.

We enjoyed the vocals, they were shiny, they were not buried behind the other instruments and they were not at all vocal. Without the Bass EQ, since the ATC did not need it, the NAD amplifier went down quite low without distorting the bass but not overemphasizing it, reminiscent of a more classic than very modern sound.

When we unplugged the cables and recruited the digits, the 24bit / 192KHz PCM1796 from Burr-Brown responded immediately. Either from coaxial input or from Bluetooth or streaming, the sound remained unchanged and dynamic, although the plates and the tail they left acquired a slight digital feel. The streaming was done by the NAD Remote application available for iOS and Android, which is very simple with nothing more than what we can handle without it.

It helped us a lot in choosing inputs that from the mobile screen were now clear and distinct. The application handles the other two models of the “C” series, while the firmware upgrade is done automatically by the amplifier itself when it opens, provided it is connected to a network.

Overall, NAD C 338  teaches quality sound lessons to many amplifiers in its class, continuing the tradition of NAD in cheap integrated amplifiers, to have very good amplifiers, nice and careful sound meeting the requirements of audiophiles who want to start with a good amplifier at no great cost.

Yamaha RX-A2A: The first amplifier of the Aventage 2020 series