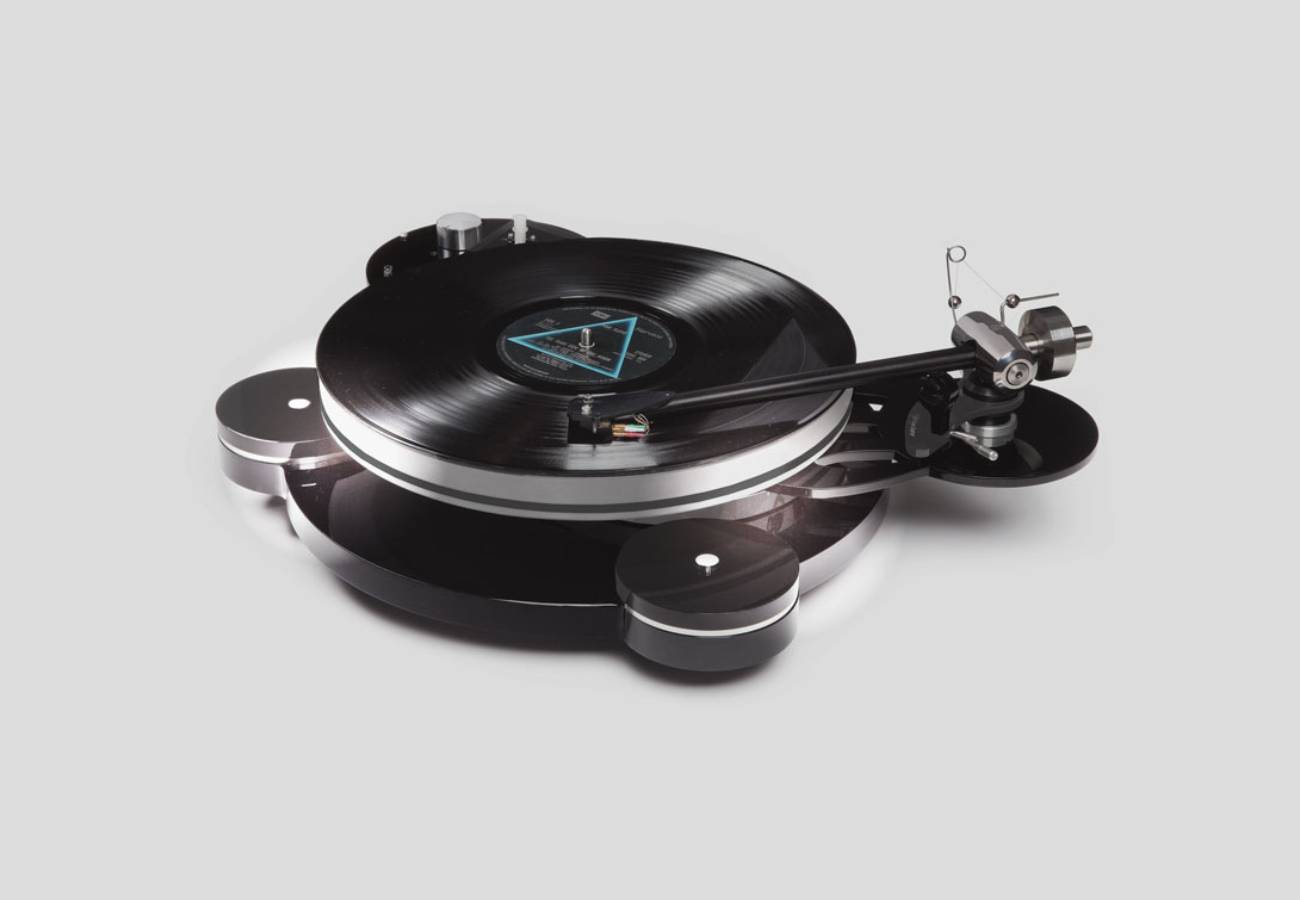 Origin Live Aurora MK4 is A vinyl system with island elements from England and Japan, and a rare sound signature.

How many and how many old turntable manufacturers have reappeared in the spotlight, how many new ones have appeared and how many others have been justified by their stubbornness to never stop making turntables. more than ten new models. Not even televisions.

Other affordable and other very expensive ones, have as their main mission to rotate our disk accurately. A chassis, an axle, a turntable, a motor: The basic elements of a turntable, no matter how much it costs 200 or 200K euros. In other words, they are precision mechanical constructions.

One such, mainly mechanical and not electronics company, is the English Origin Live which has been making turntables since 1986. The company was founded at a time when vinyl was under persecution and the CD was sweeping everything in its path. 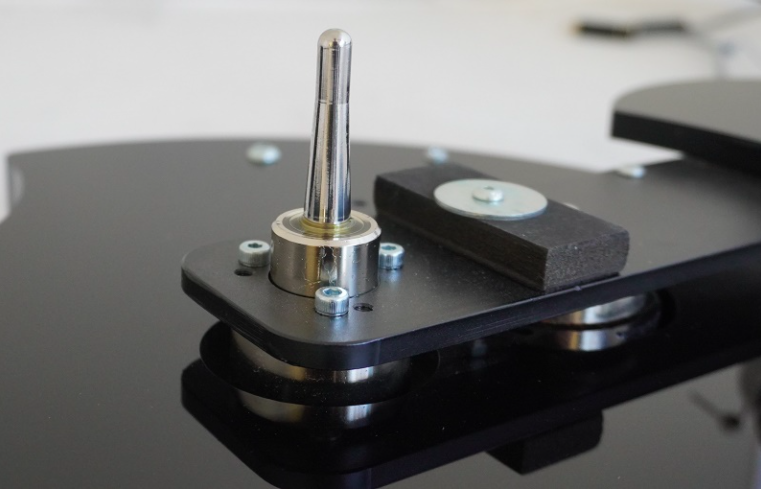 It was a big undertaking (and the risk) of Origin Live from Southampton in 1986, then no one for the next many years could have predicted that in 2019 humanity would (again) love vinyl sound. One thing is for sure, Origin Live has been vindicated and now has five turntables and ten arms on its list. 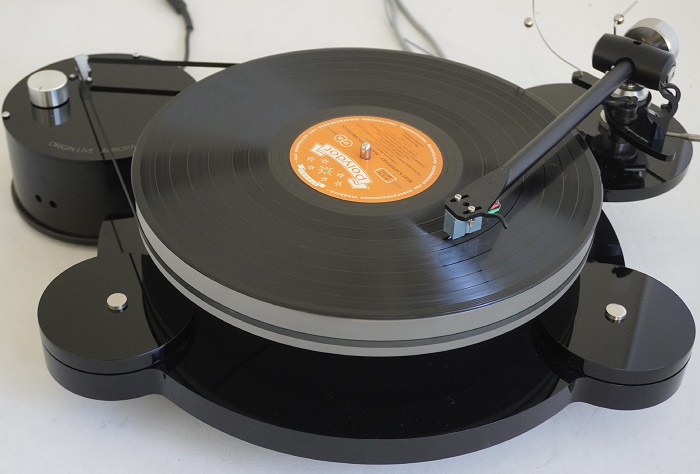 Here we try the introductory, as we say, model that costs 1,500 euros. It is the Aurora MK4 that in order to work we equipped it with the Silver bracket arm (third in a row in the company list) by screwing the head of the 301 MK II mobile coil of Shelter. The total costs 2,850 euros making it belong to the serious category of analog sources.

The MK4 designation indicates that the Aurora has received several improvements from the original model that appeared on the market in 2003. Therefore, in order for the Aurora to reach the MK4 level, its manufacturer experimented and studied quite a few points on the turntable. 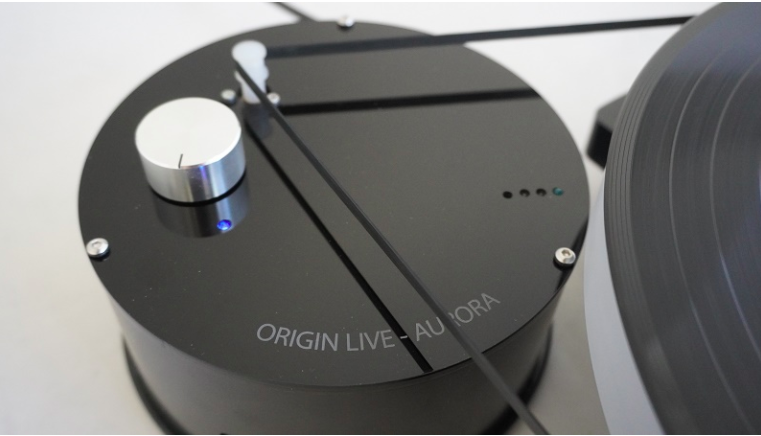 It is a design without suspension, a turntable extremely easy to assemble and adjust, made of high quality materials in all its parts. From the base of the arm to the motor, it makes you wonder how they managed to squeeze its price so much, since the components that make it up are not cheap at all.

The biggest advantage of the Aurora MK4 is the Light Speed ​​Control system that it has to have the speed of rotation of its turntable. In fact, we measured it in the laboratory and really took off his hat. Of course, it is a belt drive turntable, with tinted acrylic plate, with acrylic and metal base, and with a hole for Rega or Origin Live arms.

The motor is DC type for high starting torque and low vibrations, while matched with its pulley is the flat belt that embraces the thick plate around the perimeter. The only connection of the motor to the turntable is the belt, since it is external and has a rotary selector 33/45 and is hermetically sealed with damping infrastructure inside an acrylic cylinder finished in the same black turntable. The motor is powered by a low noise “external” transformer. 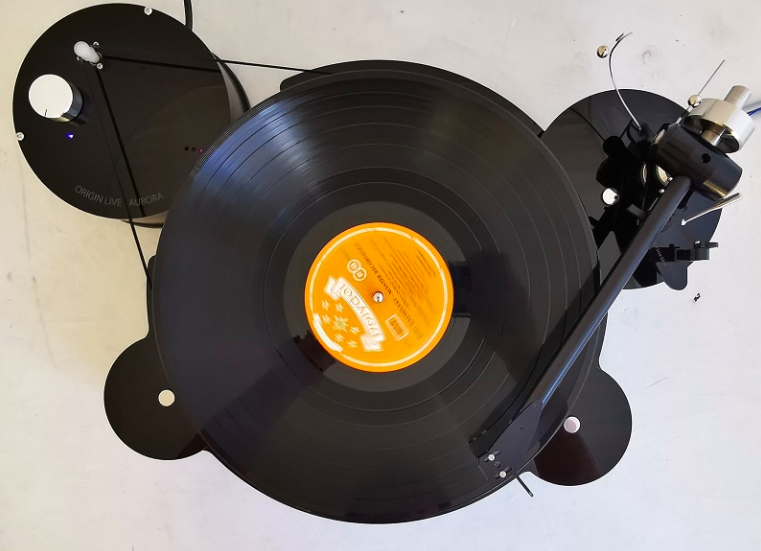 The build quality of the turntable is more than excellent and you understand that when you try to apply it… external displacement forces. If it has no post, Aurora understands nothing.

In any case, there are now many effective anti-vibration legs for turntables that significantly improve support. The shaft, which protrudes through the base, is supported at the level of the bearing with an aluminum lath that reaches the middle of the base of the arm. Here’s the whole secret of Aurora “tuning”.

The turntable comes with a special lubricant for the shaft whose cross section grows progressively from the top to the bearing, to hold the plate at its height. The Silver arm we used is straight, one-piece, tubular, made of metal alloy, with anti-slip line with weight and counterweight silver counterweight at the back.

A geometrically correct arm, whose simple but effective design makes it work flawlessly… and without risks. On it we screwed the input head 301 MK II of Shelter with output 0.4mV which has an aluminum stem and a conical pin.

Without any particular meticulous adjustment and applying the basics, the turntable was ready to take us on a journey into the wonderful world of analog nature. 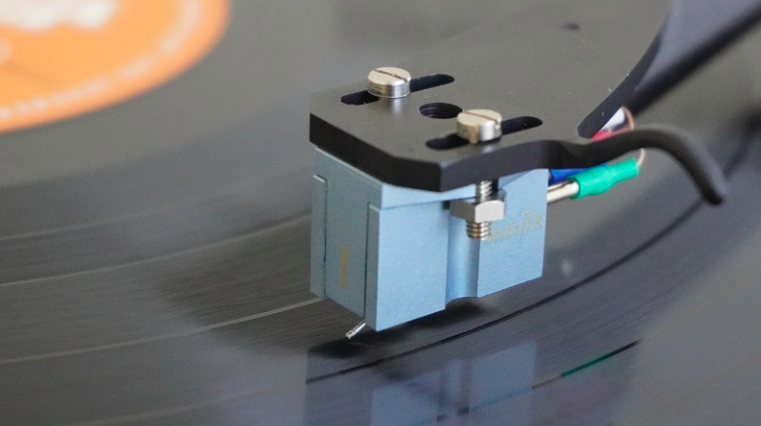 We probably guess the turntable is called Aurora because the plate takes on a simple blue color when it spins, which makes our whole vinyl journey even more beautiful. For the test we used Lehmann’s phono stage called Statement, which has been dominating the market for years.

The whole system proved that each “component” is made for the other, everything worked so harmoniously with each other that you say it came so ready from the factory. We started the auditions with special test discs, the turntable on each track was a surprise.

It immediately proved that it is mechanically and geometrically correct, while tonically and consistently it surpassed many of the market. Even more expensive. The untrained ear will be able to immediately understand that there is flow, naturalness, balance and warmth. While the special ear will detect microdynamics, deep low, rhythmicity and a dense sound with volume and resolution. Exactly! The listening vinyl system made us beat our feet rhythmically on the floor, forget about everyday life and look for the details of any weaknesses.

The color richness of its reproduction is so “deliciously” tuned that it touches even the “passing” listener. Air, big, solid and 3D stereo image is what you need for a unique loss in music. And Aurora offers these. Its sound is bright, bright and modern, not dark and “distressed” like other turntables.

Quality details, voices with entity and flesh and a rhythm with sure presses. As we said, if the turntable is mechanically correct then it has nothing to fear from the disc. Origin Live has its miracle with the “little” Aurora, a turntable that has no childhood diseases, is not in a bad mood and above all does not rotate with chores.

One of the best sets in the category of 1,500 euros, now if we with the arm and the head we used magnified its sound virtues that it is able to offer; this shows its character and especially its construction.

When others made CDs, Origin Live designed turntables. Origin Live Aurora is the result of many years of research and continuous improvement. A mature turntable with top sound.