Today USB-DACs have become almost commonplace devices, even in those systems where PC connections are not implied. Now the world of audio is switching to streaming technologies, allowing you to listen to any music by subscription directly from music networks or play it from your own storage using home wireless or LAN networks. And to meet these trends, Signal Patch revised its entire “peach” program: it sent to the archive a number of its DACs-hybrids, supplemented the model range with wireless acoustics and expanded it with new powerful amplifiers.

The Peachtree Nova 150 is one such new product. It is a compact, but by no means weak, stereo integrated circuit with a built-in 32-bit ES9018K2M converter and a corresponding set of digital inputs, including USB. The design, as you can see, is made in the corporate style for the brand. The streamlined form factor itself is not original (the British Quad produced similar rounded components half a century ago), but the Californians designed it in the most luxurious form. And the “titanium” front panel, and the monolithic frame made of lacquered wood, and the stylish remote control – everything is made for a feast for the eyes. The original Nova, like many other Peachtree components, was recognizable by the distinctive window on the front, through which the preamp lamp (matched to the semiconductor MOSFET output stage) could be seen. In the Nova 150, the triode “middleman” between the DAC and the power adapter has been removed. The developers say that ICEPower’s 150-watt PWM amplification modules (the most advanced ones with the patented modulation control feedback circuit, which many standard class D amplifiers lack), made to order by Signal Patch, sound so close to the “warm” tube school and melodious field-effect transistors that there is no need for any additional signal softeners.

If you use the Lightining / USB cable to connect your iPhone or iPad, a dedicated DyNEC loop will provide jitter-free audio readout.

At the same time, the Nova 150 is more functional than its predecessors. The model is supplemented with a phono stage for MM cartridges and a bypass analog path for inclusion in a home theater. Of course, this feature can be used not only with AV processors, but also with room correctors or external equalizers. If desired, any of the inputs can be easily switched to the linear mode – the input signal will be redirected by the built-in relays not to the RIAA board, and not to the terminals, but to the standard volume control. To the pluses of the new integrated circuit I will also include a separate headphone amplifier – by the way, with very solid characteristics (compatible with any load, gives up to 1600 mW to 32-ohm headphones, provides an S / N ratio of 106 dB).

Separately, I note that the device, like all its ancestors, is perfectly optimized for Apple devices. If you use the Lightining / USB cable to connect your iPhone or iPad, a dedicated DyNEC circuit will provide jitter-free audio readout and maximum digital noise blocking. The feature, of course, is an interesting one, but, alas, it will not replace Bluetooth connection, which is much more convenient for mobile devices. 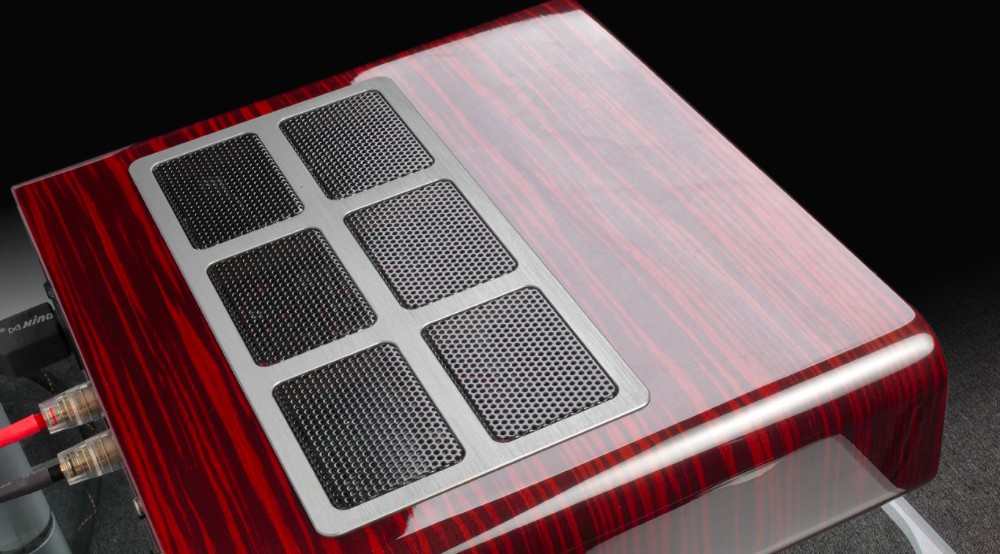 The company’s engineers decided not to implement network cards in their equipment yet, so as not to create potential problems with their upgrade. Instead, the firm proposes to outfit the device with a separate Bluesound NODE 2i streaming unit, which will provide connectivity to a wide variety of online services. However, in this test, we will try another network source that better matches the high class of the amplifier and is more relevant for the Russian market – the relatively inexpensive Korean streamer Cocktail Audio N15D.

But first, an installation test. We connect the amplifier to the German floor-standing systems Quadral Aurum Orkan 9 , and the source, Macbook Air, directly with a USB cable. If a laptop on an SSD is running on battery power in Bit Perfect mode using an asynchronous protocol, then it can be considered a reference, since it provides bit accuracy and cut off “input” jitter.

The universal digital interface in the Nova 150 supports both the basic USB Audio 1.0 standard (maximum 96 kHz, but full compatibility with all PCs), and the advanced 2.0. In all cases, the Peachtree amplifier takes on its full-fledged fast dynamics, proper clarity and good low-range elaboration. One caveat is characteristic of ICEPower amplifier modules: the amplifiers sound good at all volume levels, but in a certain narrow corridor, some special grace seems to descend on the sound. So in the Nova 150, from medium levels to comfortable loud, the sound is reproduced as if with a kind of insight – richer and more detailed to the smallest nuances, but at the same time soft and lively, which significantly increases the attractiveness of the device for audiophiles who like to listen only coolly recorded tracks, and for those who “sit” on a pop or electronic repertoire, which is recorded sometimes harshly, with an extreme level and strong compression of the dynamic range.

When playing high-quality high-cuts, the Nova 150 already begins to amaze with its ability to build a stereo picture – it turns out to be figurative and precisely focused even when using cables of a completely non-standard grade to connect the acoustics, which indicates a very well-developed concept of the entire signal path. What will change if everything is reproduced through the Cocktail N15D? Here, the character of the sound, as it turned out, strongly depends on the type of connection, and since the Korean streamer allows you to use a lot of variations, we will leave a detailed study of this issue for a separate review. In the meantime, let us inform you that it is advisable to use the Nova 150 with this streamer either by analogy in the power amplifier mode, turning on the volume control bypass mode on the integrated circuit (in this case, you will need to activate the variable output on the streamer itself, and in the application also set the maximum in order to eliminate the risk of dangerous overload). Or, connect the streamer digitally as a regular transport.

The first method is good for listening to particularly energetic music or soundtracks for films – the system in this configuration gives a moving and driving sound, captivating with a solid scale and density of images. The second option, in the presence of a high-quality digital cable, can provide an increase in transparency in the upper range, and at the same time – a more fundamental study of the lowest frequencies. And in such a commutation, the combination of N15D + Nova 150 + acoustics on ribbon tweeters will impress even the most discerning lover of classical and jazz music.

Accordingly, the amplifier plays a leading role in this system.

Once again, Peachtree Audio was able to surprise with a component with flawless design and flexible system capabilities. At the same time, the price of Nova 150 looks very attractive not only in its power category, but also against the background of any other advanced designs with ICEPower modules.

Advertisement
X
Subscribe to get the best Tech news and reviews of the week.
By signing up, you agree to our Privacy Notice and European users agree to the data transfer policy.
Close
02/09/2021