Inflation has dramatically shifted the conventional line between Hi-Fi and High End Audio. Until recently, British magazines referred to the top-models of “high fidelity” equipment priced under £ 1000, and today this figure has become the de facto starting point for mid-range components. The functional complication of audio technology also contributes to the observed rise in price. An ordinary buyer no longer needs a classic Hi-Fi – give him a built-in DAC, and “bluetooth”, and multi-room, and other things. 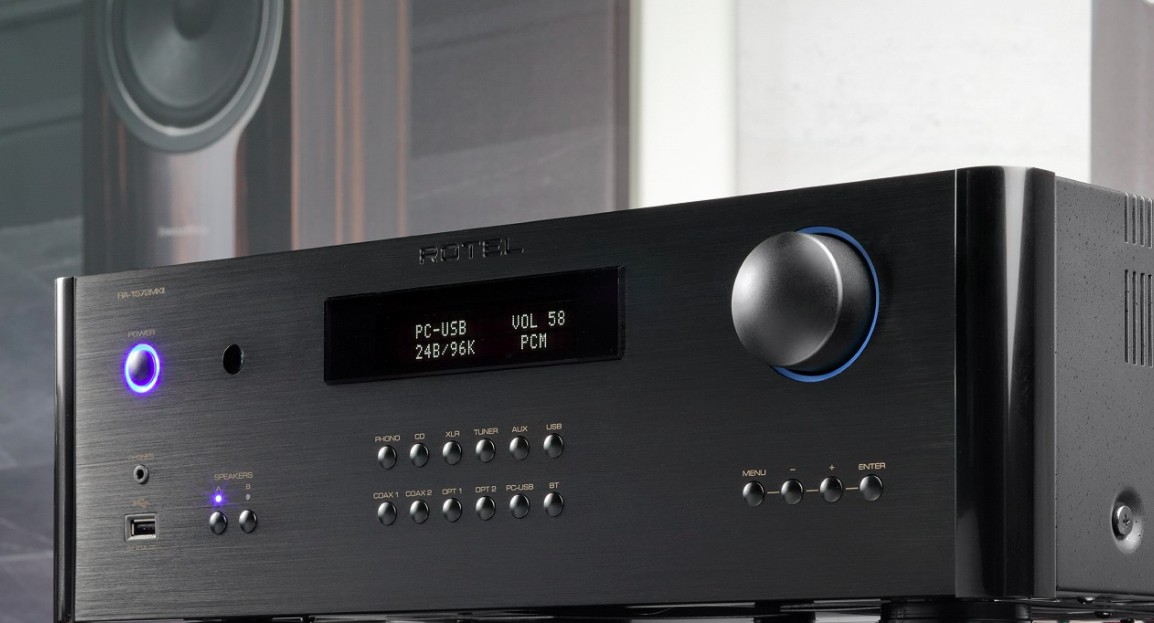 Attempts to produce affordable High End have not left, perhaps, only Rotel. Its 15 Series components – the ones that were the most representative in the lineup before the Michi luxury line, but sold for the high-fi price – is the best example of this. Take at least the RA-1572 integrated circuit, which is the most affordable in the series. How many comparable in price and at the same time really good sounding amplifiers with a display and a DAC, with a developed input selector and acoustics switch, with Bluetooth and USB input for connecting mobile devices, with a phono stage and two sub outputs?

In the release of the upgraded MKII amplifiers, I personally see the company’s desire to further strengthen its position in Affordable High End. Yes, these models turned out to be a little more expensive than the previous ones, although neither the design nor the functionality has changed. But this is the case when all the changes made to the design pursue only one goal – to raise the sound quality even higher.

In the RA reviewed here, in particular, 33 key elements have been replaced. The revision has affected the preliminary section – even more precisely matched resistors and interstage capacitors of improved quality are installed in the path. The power supply system has been redesigned. The original torus remains the same, and the block of buffer capacities is new – with a reduced internal resistance (ESR) and an even higher discharge rate. By the way, in the first modification, there were also special capacitors with T-shaped leads to the plates, but now in their place there are analogs made according to the specifications for Michi.

The third and rather radical replacement is a digital-to-analog converter from Texas Instruments (the chip model is not specified, but according to its characteristics it is clearly one of the most advanced). Unlike the previously used converter from Asahi Kasei Microdevices, the new one provides hardware decoding of MQA Studio and works only with PCM stream (up to 32 bit / 384 kHz). Above is hardly required – standard inputs are designed for a maximum frequency of 192 kHz, and it is impractical to transmit a signal above 384 kHz via USB Audio 2.0 – the increased probability of errors negates the benefits of a wider bandwidth at extreme frequencies. And “disabling” DSD support will be considered a loss only by audiophiles-purists. There are still far fewer phonograms in this format than in other Hi-Res formats, and listening to them will not be a problem.

I do not exclude that someone will doubt such a replacement or even consider it a downgrade. We will definitely return to the study of the quality of the built-in DAC, but for now let’s run the amplifier along the usual analog path.

So, at the input there is an RCD-1572 player connected according to the usual “unbalance”, and two pairs of acoustics are connected to the output terminals of the amplifier for comparison – with systems A we will have relatively light, but very demanding two-way B&W 705 Signature monitors (8 Ohm), and systems B – much tighter floor-standing Dynaudio Evoke 50 (4 Ohms).

In any case, the upgraded amplifier copes with the load, pardon the common term, playfully. It gives the most powerful fast and punchy bass without viscous loose after-sounds, even if you turn on both pairs at the same time! I wonder what the then more powerful RA-1592MkII is capable of? As a significant plus, I note that the amplifier does not impose its interpretation and allows the speakers to fully “express themselves”. Coupled with the relatively inexpensive Dynaudio is depth, power and warm energy flow. The middle is slightly darkened, the upper case is softened. The sound is filled with bass from the lowest tectonic foundations. The stage is well divided according to plans, and if the most distant echelons are recorded in the recording, then they line up exactly there – far behind the front line.

The tandem with the aesthetic “British” is clarity, super speed and the richest microdynamics. The stage is wide, exceptionally imaginative, with an open middle and upper register. Such a system is capable of transmitting vocals in all details, and truly shining with orchestral brass – powerfully and elegantly, but without squeaky or scorching harmonics (however, it had the same fantastic tonal clarity in the most difficult to reproduce and “flammable” range and where more expensive tandem of Michi X5 and Bowers & Wilkins 804 D3 2). The bass is a little shallow, but very combative. The top is clean and neutral. Now we switch to digital coaxial connection and listen to the same CDs. By the way, the DAC in the CD player is made on a rather ancient, but quite musical chip from Wolfson, but now the path is bypassed and follows through the new DAC from TI. The difference in presentation is significant – the scene is more transparent, the plates are slightly sharper and even cleaner, the middle is not so convex. There is no particular gain either in the detailing or in the plastic of the sound. 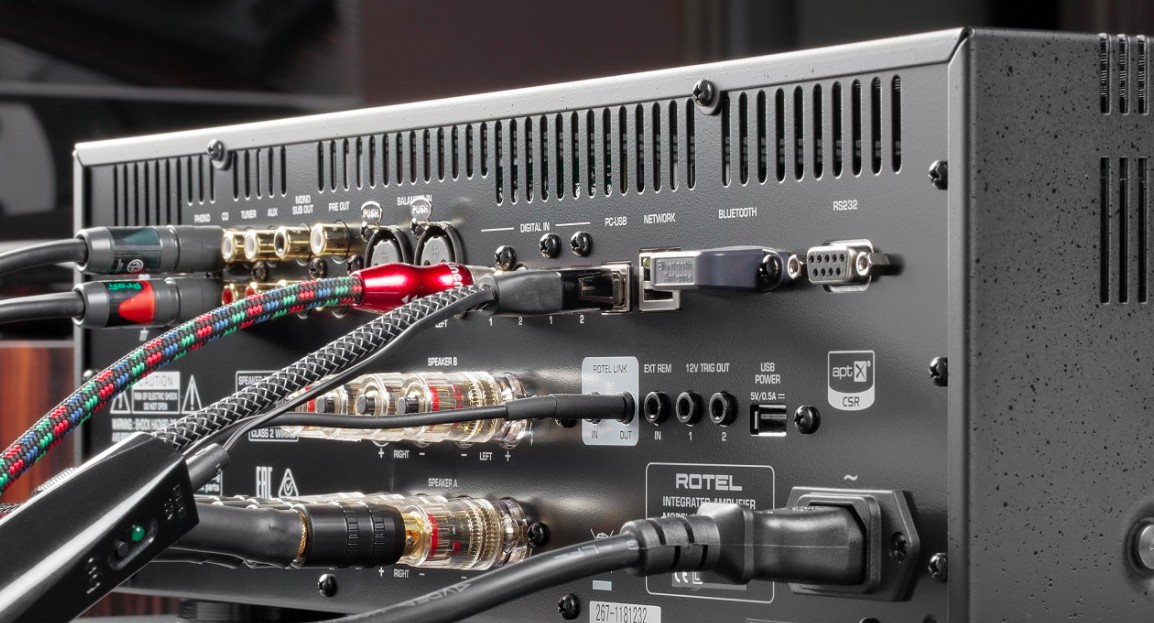 For completeness of the experiment, we connect the Rotel T14 streamer / tuner digitally to listen to the same CDs, but in the form of ripped files transmitted over the network using DTS Play-Fi. The result is surprisingly similar to the one described above – a Texas Instruments converter gives a more transparent and dynamic sound at high frequencies.

By the way, this character is great when you pair Rotel with a smartphone via Bluetooth. The lowest “layer” of musical details with such a connection is still “eaten” by the codec, so there is nothing to regret, but the dynamic clamping is not felt at all. HF artifacts are also invisible. You start to look at the RA-1572MKII with different eyes, when a MacBook connected via USB becomes the source. The sound is more orderly and detailed, there is not the slightest hint of compression, and there are no dirty “hardware” shades at all (remember that we are not listening to the most expensive amplifier). You can only find fault with the accuracy of focusing virtual images in the scene – for the same Michi it was sharper and more holographic.

The following fact speaks best of the resolution of such a path – by ear, the change in the oversampling frequency at the USB output is easily caught. If stream 44.1 is output as is or in multiples (88.1 or 176.4), then everything is fine. If you set 192 or 384, which require a more complex recalculation, then all the most colorful texture in the bass is slightly blurred, and a tiny addition of sonority appears on the treble. A laptop + Roon combined with an upgraded amplifier is generally an inspiration. And some stuff with Tidal Master in maximum MQA quality is doubly enlightening. It feels like the recording is being reproduced not in the usual stereo, but with augmented spatial information, in the smallest strokes. At the same time, there is a persistent feeling that the entire reproductive system has grown in leaps and bounds in the classroom.

But this super resolution also has a downside. On the amplifier with the new DAC, it is also clearly audible that the content offered by streaming services as the highest quality sometimes sounds no better than branded CD releases. Maybe that’s why Rotel is in no rush to implement various streaming platforms into its components?