Schiit Loki Tone Control Review • Back to the Future 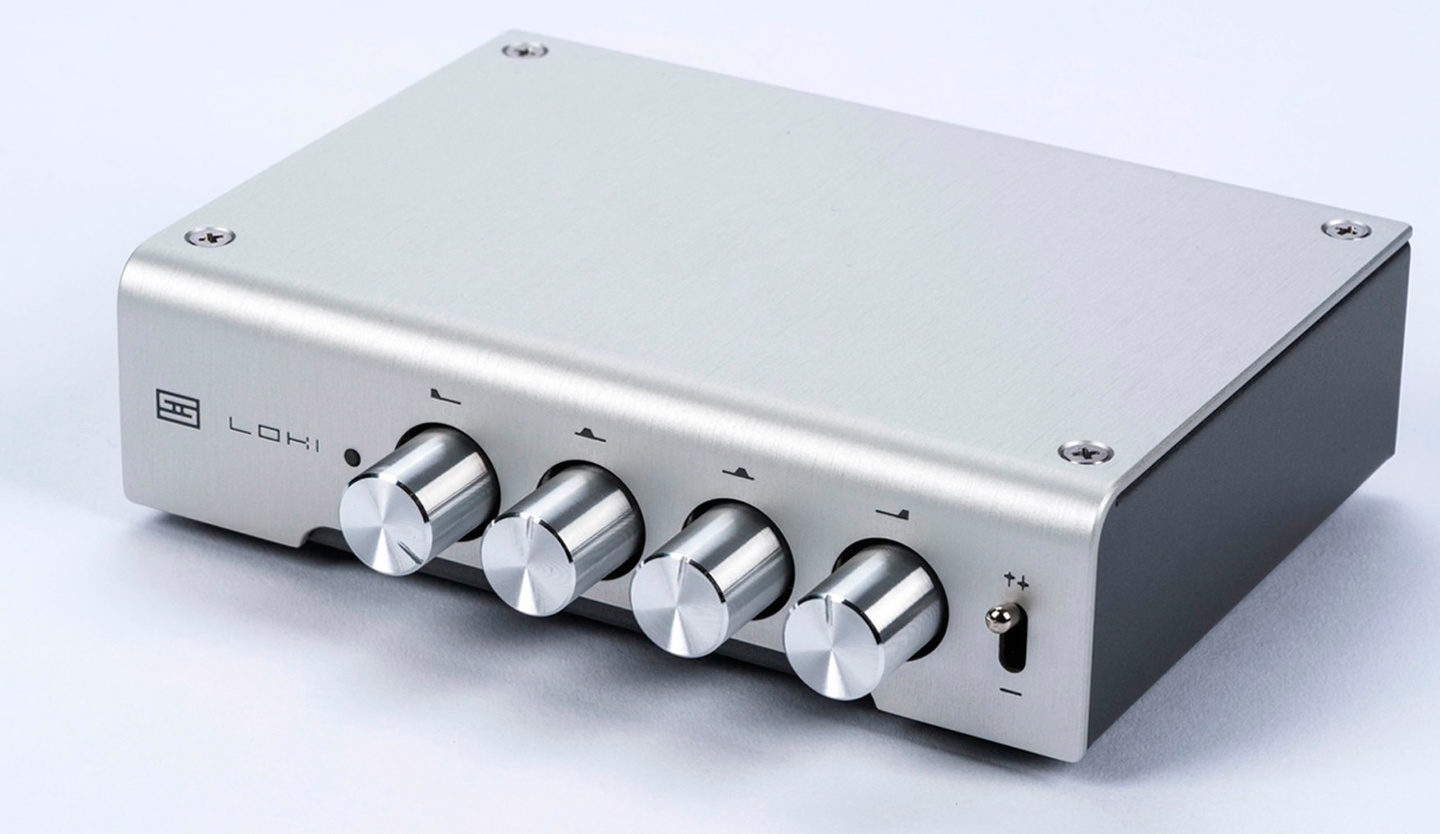 Audiophiles with a quarter of a century experience and more have not forgotten them. These were full-length hi-fi components with countless sliders taking up the entire front panel. They could create absolutely amazing things with sound, and not always in a positive sense of the word. And so – they return … However, stop. Judging children by the deeds of their fathers is the last thing. Let’s take a closer look at the features of a completely new device, it would seem, with a forever forgotten functionality.

To be honest, at the end of the twentieth century, equalizers did not even think of dying. They just became the exclusive property of professional equipment, mainly studio and concert mixing consoles and equipment racks. And all because the developers of home appliances in a single impulse decided to deprive users of the opportunity to change the frequency response to their liking. And indeed! They regulate the devils, and then they complain that the cool newest devices sound somehow wrong. And besides, that’s why he is hi-fi, that everything is initially reproduced with high fidelity. In a word, believe and don’t go where you don’t need to.

On the other hand, there really were serious reasons for such a malicious infringement of the rights of the end user. Firstly, the overwhelming majority of music lovers played with numerous sliders not out of a conscious and competent desire to correct the frequency response of the path, but out of pure self-indulgence. Since there are handles, why not twist them – you look, and the music will become more beautiful.

However, there was another, much deeper reason. It consisted in the fact that technically imperfect tone controls significantly reduced the sound quality, regardless of the experience and literacy of the tuner. Noises grew, the phase structure of the signal was crippled, and, finally, the sliders of the linear resistors clogged with dust began to wheeze. It is not surprising that the developers were ready to stop such an outrage even at the cost of reducing the set of components in the average high-fi rack, and hence their income from their sale.

The operation was carried out brilliantly, and at some point the broad music lovers simply forgot not only about equalizers, but even about simple timbre blocks in integrated amplifiers. The home sound for the most part has become a little more meaningful and predictable, but the rooms in our apartments have not become more acoustically perfect, just as the hands of some sound engineers responsible for mastering music albums have not become straighter.

In a word, there are prerequisites for the return of the equalizer at a new stage in the technical development of the industry, and the leaders of the Californian company Schiit, Jason Stoddart and Mike Moffett, were the first to dare to implement them.

The comeback turned out to be like a double one, since the Schiit Loki model existed before. Several years ago, a DAC was introduced under this name, which had a property unique for the equipment of this brand. He was purposefully sharpened to work with DSD digital streams and, judging by the reviews on the forums, he played very well. However, this format was permanently disliked in Schiit, and therefore, when they decided to abandon it altogether, even the catchy name was transferred to another model. Again, the name of Loki in German-Scandinavian mythology bears the god of cheating and deceit, so such two-faced antics are quite in his style.

Despite the amazing functionality for our time, outwardly Loki fully corresponds to the line of inexpensive microcomponents, which, in addition to it, includes a Jil ADC , a SYS passive preamplifier, a Vali tube amplifier, as well as a bundle of a Modi 3 DAC and a Magni 3 headphone amplifier, with which I, actually, I tested the new equalizer.

A compact box with a chassis stamped from a steel sheet and a deliberately roughly polished lid (aka the front panel) looks familiar and familiar, so only an unusual set of four identical aluminum drums attracts special attention. Actually, with their help, the frequency response of the signal is adjusted. Nearby, a lever for complete bypass of the corrective circuits was found – a thing for such a device is extremely important. Let me emphasize that in this case, the shutdown is really radical – the mechanical relay directly bridges the input with the output. On the back panel, everything turned out to be simple: a pair of line-in tulips, another pair of line-out, plus a power switch. However, there is one really interesting element here. This is not a connector, but an inscription, which says that the full name of the device is Loki Mini. That is, in the future, it is possible that a more mature version of the tone control will appear. By the way, hints of the possibility of such a turn of events were also found on the official Schiit website.

From the point of view of circuitry, our hero is an active equalizer, the only amplifier stage of which is assembled on discrete elements according to a symmetrical circuit with current feedback. The DC component is monitored by a servo circuit, which means that the signal path is free of capacitors.

Adjustments are made using inductive-capacitive filters of variable quality. To be more precise, this is how the processing is organized only on the three upper bands, and the capacitive gyrator is responsible for the lowest part of the spectrum – a circuit capable of imparting inductance to filtering circuits without using a real coil. By the way, upon closer examination of the printed circuit board in this module, a high-quality low-noise operational amplifier OPA1662 from Texas Instruments was discovered.

Neither the notch values ​​nor the operating frequencies of the filters are marked on the front panel of the Loki. They are replaced by pictograms showing which part of the range a particular knob is responsible for. It looks concise and clear, but, on the other hand, it will not be very easy to accurately restore the changed settings values.

The adjustment zones are as follows: 20 Hz, 400 Hz, 2 kHz and 8 kHz. I used the word “zones” for a reason. The fact is that the use of passive filters of variable quality factor leads to an interesting feature – the frequency range of each adjustment is not constant, and with an increase in the filtering depth, the band of the regulated section narrows. Therefore, slightly shifting the 20 Hz knob, we get a rise in frequency response by a couple of decibels within a very wide range – I think, hertz up to three hundred. Well, having turned it to the maximum, we raise by 12 dB a much narrower (but still far from point) section approximately to the border of 50 Hz.

A very similar story occurs with the rest of the adjustment sections, with the only proviso that the degree of filtration for different filters is also not the same. If at the edges of the range (20 Hz and 8 kHz) the tuning depth is ± 12 dB, then closer to the center (400 Hz and 2 kHz) it is only ± 8 dB.

Well, now directly about the nature of the processed signal. The most valuable property of Loki is that by making adjustments to the tonal balance of the phonogram, it practically does not violate either phase or dynamic parameters. For this reason, the music scene does not lose transparency and focus, unless, of course, the main ranges of its key elements are “pressed down”. But it was the degradation of lightness, volume and dynamics at one time that served as one of the main reasons for the expulsion of equalizers from the music lover Olympus.

A separate curtsy is deserved by the two extreme knobs responsible for the correction at 20 Hz and 8 kHz. Even if you spin them generously to the right, neither the bass nor the mid-highs starts to seem painfully hypertrophied. However, a sense of proportion here in any case does not hurt, because 12 dB is a lot. And if you have an overwhelming desire to push the knob to the maximum, this most likely means that something is completely wrong with you, either with the setup or with the musical taste. In short, when you receive a new toy, keep yourself in control.

And the toy, meanwhile, was really a success. For example, I could not deny myself the pleasure of re-listening with operational correction to all four pairs of headphones at hand – from the Audeze LCD-2 Classic planar monsters to the Shure SE425 reinforcement plugs. And, which is typical, changing from phonogram to phonogram, the positions of the controls never froze in the central positions.

Now it remains only to understand what is more in this music lover’s freedom – the opportunity to improve the linearity of the tract without resorting to endless busting of wires and headphones, or banal taste, that is, a subconscious desire to make it more beautiful than correct. But, of course, everyone will have to look for the answer to this difficult question on their own.

In any case, I have absolutely no doubt that in today’s music-loving reality, equalizers definitely have a right to exist. Firstly, because Schiit showed what class of sound they can produce even at this cost, and secondly, since there are no ideal musical setups in real life, just like spherical horses in a vacuum.

Of course, orthodox purists will only grin wryly at this and continue to speculate about the incompatibility of dark recordings with dark headphones. But everyone else now has a damn tempting choice.