By tradition, let’s start with the name, which, as always with Schiit, is full of deep mythological overtones. In this case, Yggdrasil is the World Tree, which for the ancient Scandinavians, and not only the Scandinavians, personified the unity of all spheres of the universe – from the underworld in the roots to the divine height above the branches. Those who have read Neil Gaiman’s novel “American Gods” will surely remember the huge ash tree that personified him, on which the main character spent several unforgettable days and nights.

By the way, Kabbalah interprets the World Tree, among other things, as the highest level of cognition for the beings of our world. And it was this wording that periodically popped up in my mind while listening to the most expensive and advanced DAC from Schiit. However, everything in order.

In appearance, the flagship practically does not differ from its younger counterparts: the same sheet of roughly polished aluminum curved with the letter “P”, which serves as both the front, top and bottom panels. And all the same stamped steel chassis that performs the functions of the rest of the structure.

On the front surface there are a pair of chiseled aluminum buttons and small LEDs. By their glow, you can identify the active digital input and determine the current sampling rate. The values ​​of 44.1 KHz and 48 KHz are displayed, as well as their multiplicity: X1, X2, X4 and X8.

– Allow me! – the attentive reader will exclaim here. What other eight times, when the maximum declared characteristics of the input stream from Yggy (as the creators themselves affectionately call the device) is 192 KHz / 24 Bit? That’s right, none. And the glow of this indicator can be seen only in one case: if in the future Schiit releases a new board for upgrading the DAC, well, you, of course, buy it. Such is the far-sighted reserve for the future.

Another interesting indicator and its corresponding button is the inversion of the global phase. Let me remind you that the essence of this operation is to simultaneously change the phase of the signal to the opposite (i.e. by 180 degrees) in the entire reproducing path. What’s the point of this? It is believed that with the correct phasing, that is, exactly as it was at the time of recording, the system sounds much more prominent and lively. Physically, this means that, for example, at the moment of hitting the bass drum, the speaker cone will move, like the membrane of the instrument itself, towards the listener, and not vice versa. By the way, the Yggdrasil user manual states that according to some unverified data, most CDs were recorded, oddly enough, in the inverted phase.

However, we will continue our tour of the DAC exterior. There was another indicator on the front panel showing the current source clock recovery method: VCXO (based on crystal reference frequency) or VCO (using voltage controlled oscillator). The second option is less desirable, and is used if the source is found to be in strong jitter, or simply is not able to produce a stable clock signal.

On the rear panel there are two pairs of unbalanced and a pair of balanced line outputs, which, by the way, can work simultaneously. Here are all imaginable digital ports, including professional AES / EBU, and a very solid, albeit very tiny, power switch. It will not be easy to reach it in a real setup, but there is no particular need for this, since the developers advise simply never to turn off the device. Moreover, in their opinion, how the sound should be assessed is possible only after a few days of continuous warm-up, and the extra electricity costs of $ 50-100 per year are quite justified in this regard.

About soldiers, nuns and 21-bit conversion

Schiit’s chief designer and technical mastermind, Mike Moffat, put it this way about Yggdrasil: “This is the best DAC design I know.” This is a very serious statement, especially considering that Yggy costs much less than many devices that claim to be uncompromising in digital-to-analog conversion.

So, according to Mike, Yggdrasil is the world’s only multi-bit DAC with a closed-loop filter and a bandwidth sufficient to process a 21-bit signal absolutely accurately without the need to approximate it, that is, without averaging the sample values. To achieve this, a multi-bit converter of unusual circuitry was built. Digital pre-filtering is performed in it not by standard DAC filters, but, as the company writes, by a completely closed-loop filter, which takes into account and preserves not only the time, but also the phase components of the signal during oversampling. That is, the engineers managed to combine in one bottle both the advantages of the NOS (Non Over Sampling) concept, which consists in the phase authenticity of the signal, and the useful essence of digital filtering – painless clipping of the noise of the specular quantization spectrum.

There were no ready-made solutions for doing something similar before Yggdrasil appeared in the industry, so the work had to start from scratch, that is, with mathematical modeling, for which a theoretical mathematician was hired. This was followed by low-level programming, the end result of which was the original firmware for Analog Devices’ SHARC signal processor. As a result, it acts as a fully closed digital filter. If we get into a very wild mathematical jungle, we can mention that the Nyquist-Mikhailov criterion, which speaks of the relationship between the stability of the system and its amplitude-phase characteristic, for the Yggdrasil filter is 0.968, and for commonly used filters with a finite impulse response (FIR) – 0.907 … By the way,

The digital-to-analog conversion itself is performed by Analog Devices AD5791BRUZ chips operating in a balanced connection, that is, two chips per channel. This converter is specially designed for tasks in which no waveform averaging is acceptable in principle – primarily for medical tomographs and military systems. The developers motivate this choice as follows: “When doctors, based on the results of tomography, are trying to understand whether a patient has brain cancer, or when the military is trying to ensure that the projectile ends up in an armory instead of a nearby nunnery, they do not use microcircuits 24 -bit or 32-bit delta-sigma conversion. They rely on precision multi-bit ladder conversion chips. ”

Mike Moffat considers the bit precision of 21-bit conversion to be more than sufficient in this case, since he estimates the “fair” equivalent precision of 24-bit delta-sigma DACs even lower – at 19.5 bits. In the case of Schiit equipment, DSD streams are not discussed at all, since the company considers this format not popular enough to make even the slightest compromises in working with PCM for it.

In conclusion, I note that both balanced and unbalanced Yggdrasil analog circuits are built on discrete JFET field devices.

The working setup this time consisted of a top-end Schiit Ragnarok amplifier, which we already tested in tandem with our hero’s younger brother, the Gungnir DAC. The source was a MacBook Pro laptop with Audirvana Plus software player. I was given two speakers to choose from: EgglestonWorks The Fontaine Signature SE and JBL 4307. Both speakers sounded interesting and, of course, completely different, however, the acoustic situation in the listening location turned out to be very difficult due to early reflections from unscreened windows and low ceilings, as well as other typical problems of an unprepared room. So the final observations and conclusions I made while sitting in the Sennheiser HD700 headphones.

The testing was accompanied by clicks, traditional for advanced Schiit models, which are heard with almost any touch of the controls. The fact is that a volume control is built on the relay here, plus, just in case, they block the path when switching inputs and changing the sampling frequency. At first, the chirping is slightly alarming, but then you get used to it, especially since the operating life of the relay is under 15 million cycles, and their presence does not affect the reliability of the device.

I do not exclude that the study of the non-trivial circuitry of the apparatus at first could cause me a slight self-hypnosis, but the first thing that focused on was the absolute solidity of the musical fabric. A similar effect can sometimes be felt on an analogue track with a vinyl turntable, and not necessarily an exorbitantly high class. The banal phrase “music is pouring” is best suited to describe it. But this is actually the case: things start to sound really harmoniously, from which you do not really expect a thoroughly verified tonal aesthetics. For example, Beth Hart’s voice, almost uninhibited to the point of vulgarity, weaves with Joe Bonamassa’s filigree guitar into an almost tangible composition, in which, despite the hard drive and antisocial subtext, there is not a single extra note, not a single random intonation.

Having adapted a little to the unexpectedly revived melody, you begin to pay attention to the impeccable detailing in almost the entire range. Including bass, which can be fully described in just two phrases: tight control and confident energy. The vocal range is predictably clean and surprisingly human, so to speak. It doesn’t have the slightest artificial sibilance accents, let alone concrete digital sand. The intonations are deep and completely natural. Highs, especially on Hi-Res tracks, are absolutely free, light, and yet surgically clean and precise. 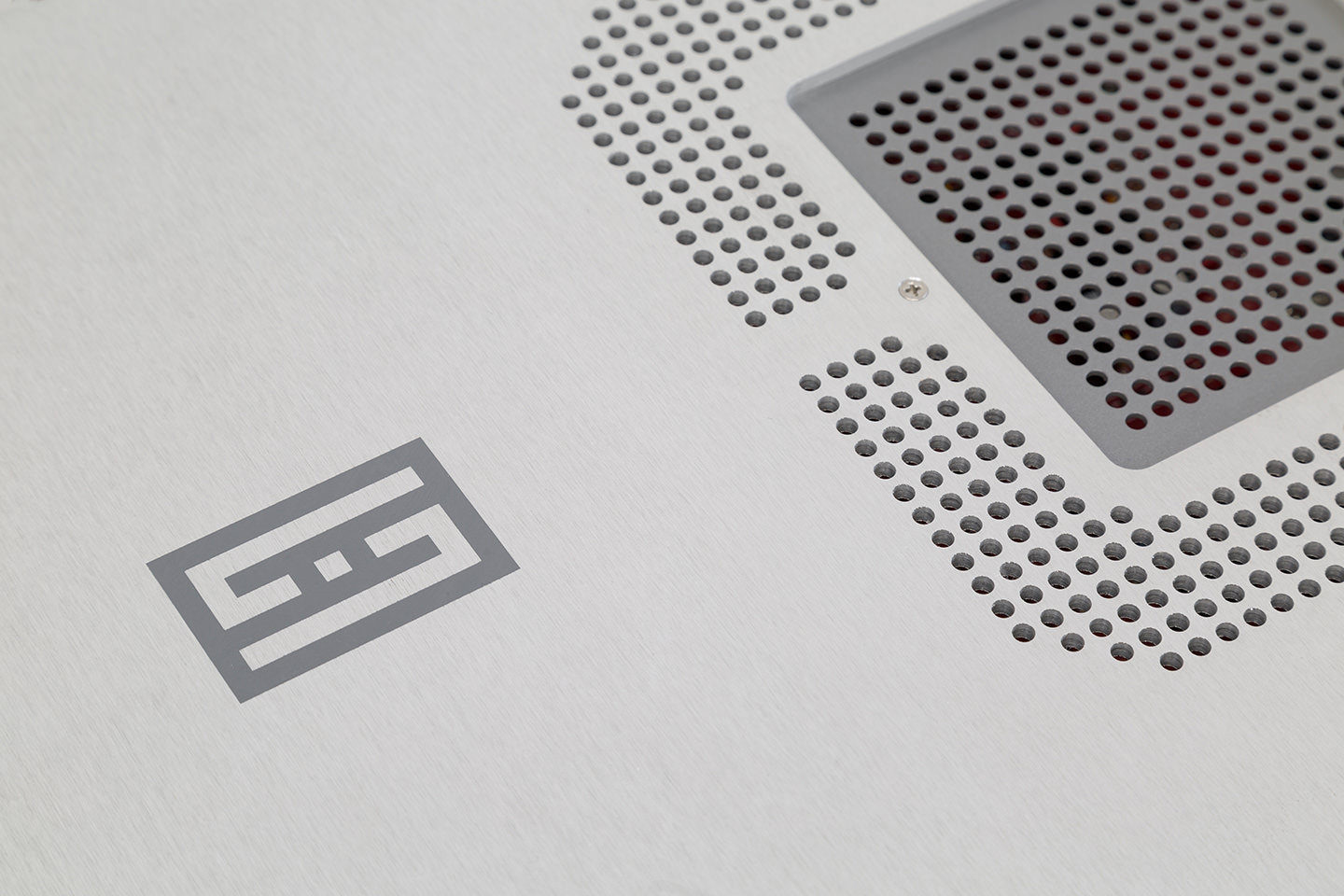 The music scene, as far as it could be judged from the work with the JBL 4307 medium and far field monitors, does not differ at all in its cosmic scope, but pedantic to the limit (in the good sense of the word) in terms of the disposition and scale of musical images.

There was no question of any genre preferences for the DAC + amplifier combination. On the contrary, I was constantly haunted by the feeling that I was slipping into analyzing the differences in the sound of different speakers and headphones. In a word, neutrality is on the verge of complete transparency.

To be honest, in the end I could not find any serious nagging about the sound of Yggdrasil. Nevertheless, I would venture to suggest that its sound may cause some connoisseurs to feel inner discomfort. And its reasons will lie precisely in analyticism and neutrality. Yggdrasil is not a device that will flatter the individual tastes of listeners with its “handwriting” or will undertake to compensate for the flaws of other components, for example, it will be able to correct the tonal balance of acoustics. Rather, he looks like a high-class musician who knows his own worth, who will be in a place in any team, but will not tolerate mediocrity and unprofessionalism next to him.