Proprietary advanced amplifiers once brought Simaudio worldwide fame in High End Audio. However, all attempts by the company to “lower” the proprietary super sound to components available for poor audiophiles looked so far either too timid or not very convincing. Maybe this model will change the balance of power?

Currently, Simaudio offers two initial integral models at once: 240i and 250i. The first is a stripped-down version of the Moon Neo Ace network stereo receiver , which we introduced you back in 2017 (the savings were achieved by removing the MiND streaming card). The second device is based on the same chassis, but the implementation is even simpler – it does not have a display and a digital-to-analog conversion section (it provides the possibility of control via the SimLink bus and integration into smart homes), but analog switching is more developed.

In all of these amplifiers, almost the same power ends are used, and the 250th is even assembled in a proprietary way – on selected bipolar transistors. However, the performance indicators of all the entry models, including the Ace combo system, are not outstanding. What is 50 watts into 8 ohms? So much is enough only for light floor speakers with a sensitivity of 90 dB and higher, and for ordinary “towers” or for monitors with a return of less than 87 dB, at least twice as much is needed.

And just such an integrated circuit with a power of 100 and 200 watts (for a load, respectively, 8 and 4 ohms) has been in the line of Simaudio amplifiers for a long time. This is the Moon Neo 340i, which has already collected more than a dozen awards from the specialized press and contains a lot of proprietary circuitry chips. It was conceived ten years ago as a modular-type apparatus that allows the installation of optional boards (an MM / MC phono stage, a block of balanced inputs, a digital-to-analog converter, depending on the customer’s wishes). This explains why the price of a model differs from one dealer to another and sometimes looks quite high – there are “three hundred forties” on sale not only in three different types of finishes, but also with different configurations. 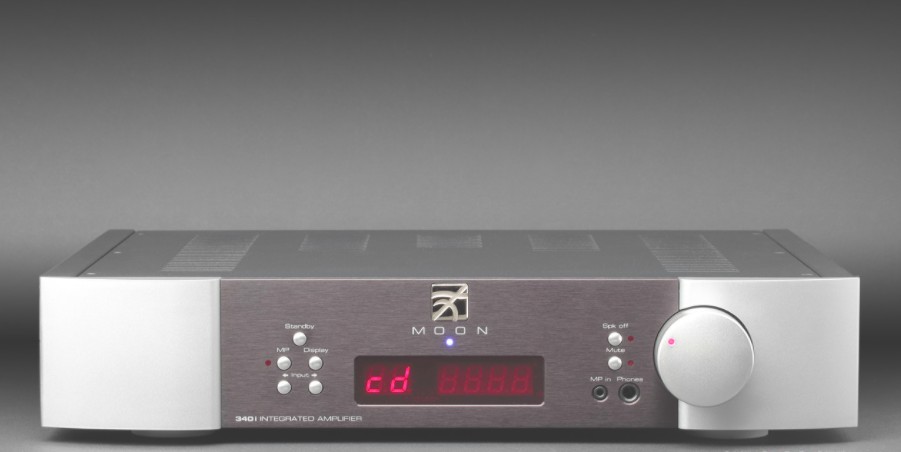 But if you focus on the basic Neo 340i X, where, as you can see, of the “goodies” there are only XLR inputs, then a high-class and quite “high-end” Canadian amplifier with a clean analog line path, microprocessor control and an LED matrix for indicating inputs, you get not that much money.

This model is interesting as follows. One of the RCA inputs on the rear panel (namely A2) can be bypassed by the internal volume control, which allows you to use the end section of the integral with a theater processor. In addition to the balanced input, the device also has a 3.5 mm jack socket for connecting from the front side of any portable device. Some will consider this an anachronism, because smartphone manufacturers have begun to refuse such a connector, but it will certainly serve the owners of a serious audiophile port.

By the way, the absent USB-DAC board is embodied on an excellent chip, which can already be called a classic – on the PCM1793 from Burr-Brown. And for vinyl lovers, we add that the optional phonostage has excellent characteristics and allows adjusting the load parameters for different MM / MC heads. In general, if you are going to build a minimalist but advanced stereo setup, then the Neo 340i X will allow you to do it without wasting money on separate components. At the same time, I will briefly note the circuitry chips typical for top-end Simaudio amplifiers, which have found application here as well. So, the number of interstage tanks in the path has been reduced to a minimum – this is already a traditional practice for Moon. Printed circuit boards and all the wiring is made of high quality materials, and almost all the element base is of an audiophile grade. The toroidal transformer power supply is taken with sufficient power headroom and has low losses. In combination with a rather complex stabilization system, it provides an extremely low voltage drop even under the maximum rated current load.

Finally, the output transistors themselves are high-current bipolars of their own series (manufactured by special order, presumably, at Motorola), matched according to their characteristics into matched pairs. By the way, the output stages in the Neo 340i X, as in the much more expensive integral Moon 600i (an improved version of the 600i V2 is already being produced), also operate in pure class A at output powers of up to five watts.

The device came to us for tests together with a new network player / DAC Moon Neo 280D , but we tried it with a variety of sources and acoustics.

So, Linn Klimax DS and Dynaudio Special 25 speakers, well warmed up over 15 years (but still quite demanding on the amplifier), performed in the first bundle. In this test, “three hundred and fortieth” proved to be a specialist in dynamics and 3D formation. The transfer of contrasting powerful fragments was surprisingly easy, and a clear spatial construction with well-laid out plans was not blurred under any circumstances. The tonal balance is generally even, the high frequencies are neutral – there are no harsh shades, no deliberate “silver” or “velvet”. In the lower register the device is at the same time a little more restrained and a little more “meaty”, but it depends on what to compare with. The more expensive Linn, which stood before him, is more “sinewy” and generally a great master of striking. But if you take any amplifier comparable in price, the capricious Dynaudio will most likely sound much more empty or sluggish than with the Neo 340i X. AU and was tolerant of all genres.

Comparison of RCA inputs with XLR on the amplifier showed that it is impossible to notice the difference when connecting with cables of the same series (if you use the same source and reduce to zero the differences in signal levels at its outputs). Naturally, the different character of the sound at the MP-input (more boom in the bass, brightness in the middle and more pointed high frequencies), we attributed not to the amplifier, but to a cheaper cable that was used in the test.

By the way, through the front entrance, even through a penny adapter from a smartphone, the Neo 340i X gave a very audiophile presentation – open, intelligible, with an orderly and stable scene. In addition, with such a connection, the “three hundred and fortieth” proved to be an excellent booster amplifier for headphones, giving an obvious gain in transparency and detail. The second test setup is “old school”. Ikemi CD-player and control monitors Harbeth P3, which are characterized by extremely low sensitivity, were taken. The latter are intended only for work in the near field. And if this condition is met, then NEO 340i X is the ideal partner for such acoustics. The direct “contact” dynamics on the drums came from nowhere, the dryness in the transmission of weighty bass lines disappeared, the stiffness finally subsided from the middle, and the most “caustic” segment of the spectrum (1.5 – 3 kHz) did not stick out at all.

In such a system, even listening to the terrible sounding CDs of early editions was a pleasure. There was no digital tint and hysteria in the presentation, there was something alive and real, with a rich background of details – as if Hi-Res sounded. Generally, with studio two-stripes, the Canadian integrated engineer has formed a system that can be safely attributed to the highest expert class. And this is something that should not be considered a surprise – in the past, the Simaudio brand was closely associated with pro-audio. 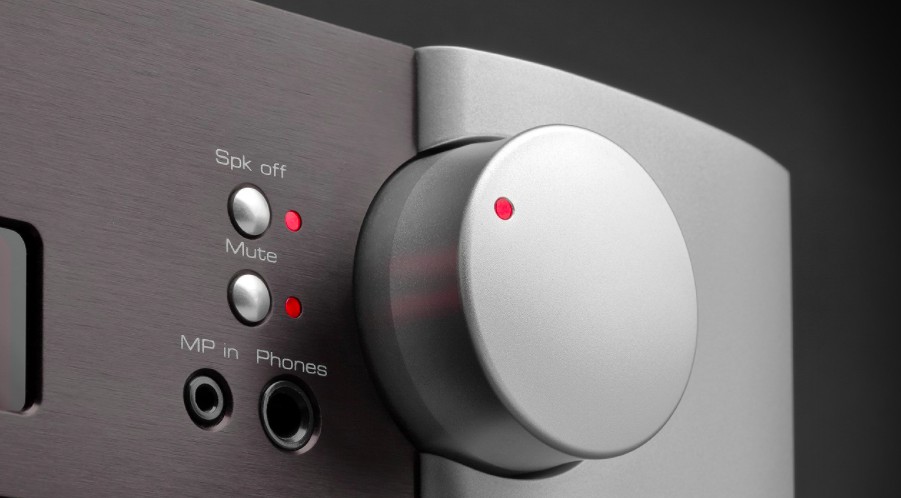 The device is compatible with its “native” source, Neo 280D, without any questions at all. The inherent glossiness of the former fits well with the well-textured microdynamic base set by the amplifier. And all this is supported by such fast and full-fledged dynamics, which is enough to play even the most prim and lazy versions of the famous BBC monitors.

If you love a sound that is sometimes said to be “they don’t do that anymore”, then you will love it.