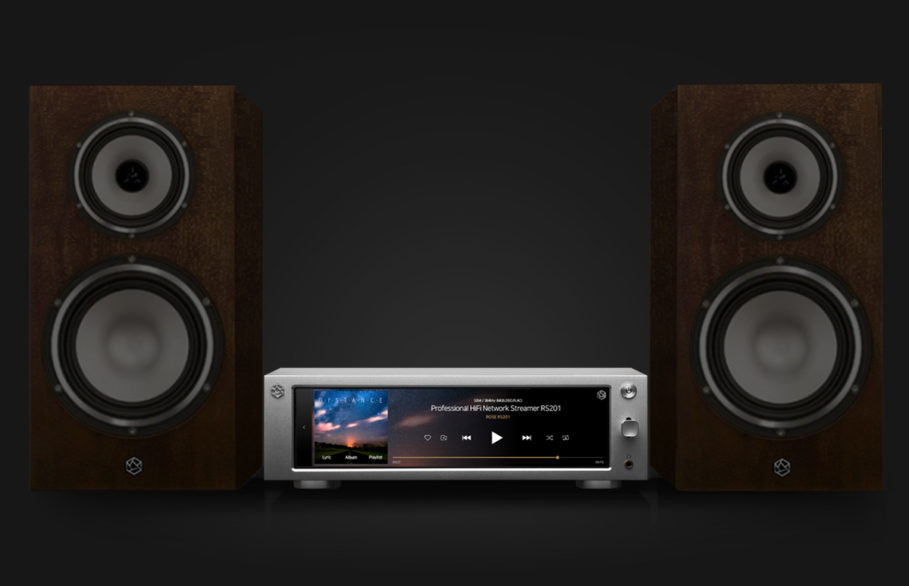 The massive introduction of digital technologies dictates its own norms – now an audio streamer or network player is becoming as important an integral part of a Hi-Fi / High End system as a DAC or preamplifier. Technique of this type is developing not even quickly, but very quickly, so it is easy to get lost in the sea of ​​new technologies. We have prepared  the ultimate guide to the streamers of the 2021-2022 season, having studied the current market slice as usual and sorting the best models in order of increasing cost. 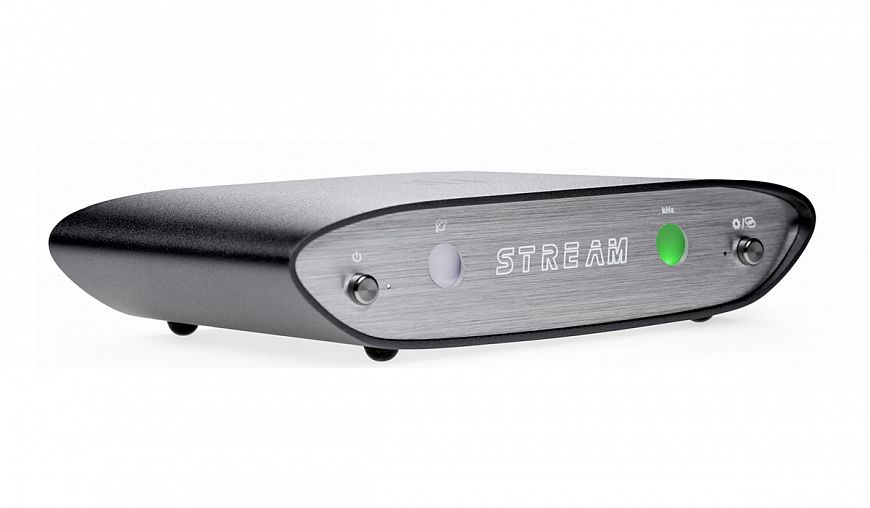 The compact iFi Audio Zen Stream surprises not only with its futuristic design, but also with crystal clear sound, which you would not expect from components in this price category. The device works both via wire (Ethernet) and via Wi-Fi, the signal outputs via USB-A or S / PDIF, and under the hood there is a powerful quad-core ARM Cortex processor. The rest of the filling is just as impressive (ceramic capacitors, Taiyo Yuden TDK C0G inductors, PSRR stabilizers and other audiophile delights), and the list of formats is simply gorgeous – PCM 32/384 and DSD256 are supported; Roon Ready is also available. 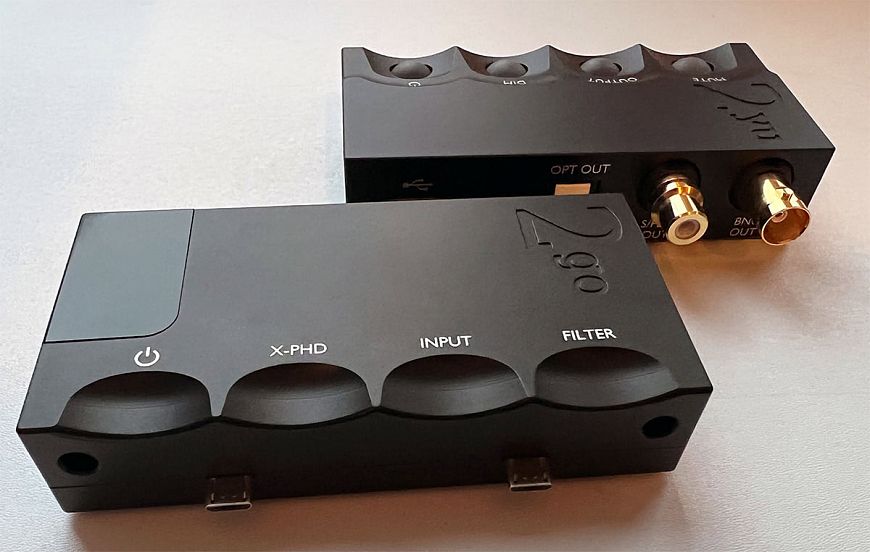 We really liked the little Chord 2go / Chord 2yu – the assembly from the streamer with the interface module screwed to it is enough stars from the sky in terms of playback quality. The inclusion of this set in the path is audible instantly – the sound picture becomes coherent, perfectly synchronized and demonstrating a reference sense of rhythm. The system can be paired with a Chord Hugo digital-to-analog converter, as well as other digital-to-analog converters, operation is allowed both in wireless mode (in this case, Wi-Fi or Bluetooth 4.1 modules are used), and in wired mode – via a gigabit Ethernet network . Chord 2go supports most modern streaming audio formats, understands PCM up to 32/768 and DSD up to DSD256. And, of course, there are built-in clients for modern music streaming services such as Tidal, Qobuz and Spotify. The device is fully certified by Roon. 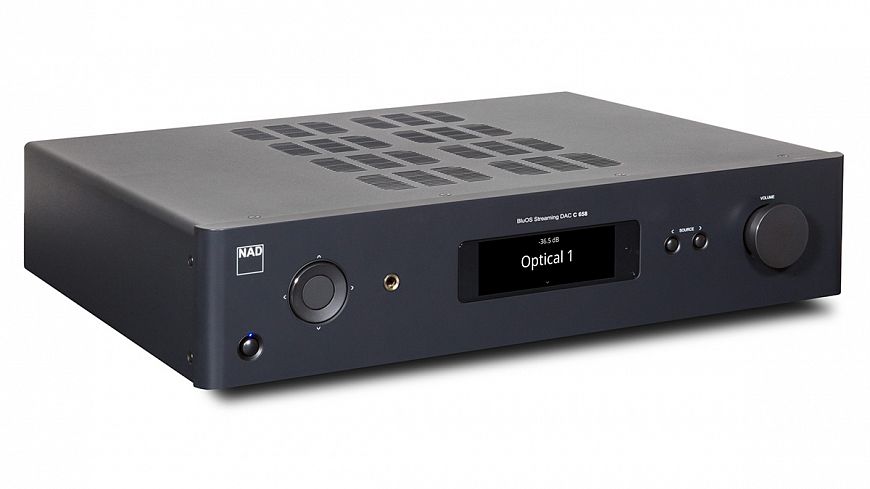 This BluOS Enabled system offers a staggering amount of digital options. The NAD C658 streamer supports twenty streaming services and easily streams up to 250,000 tracks over a local network – that is, it can handle media libraries of any complexity. As a hub, the device can distribute data to 64 (!) Zones and supports all major smart home controllers. The device supports Hi-Res 24/192, MQA, is equipped with a Bluetooth aptX HD wireless module and is easily issued to any room thanks to the Dirac Live Room Correction calibration system. Weighing in at over 10kg, NAD C658’s delivery feels very confident and fundamental. 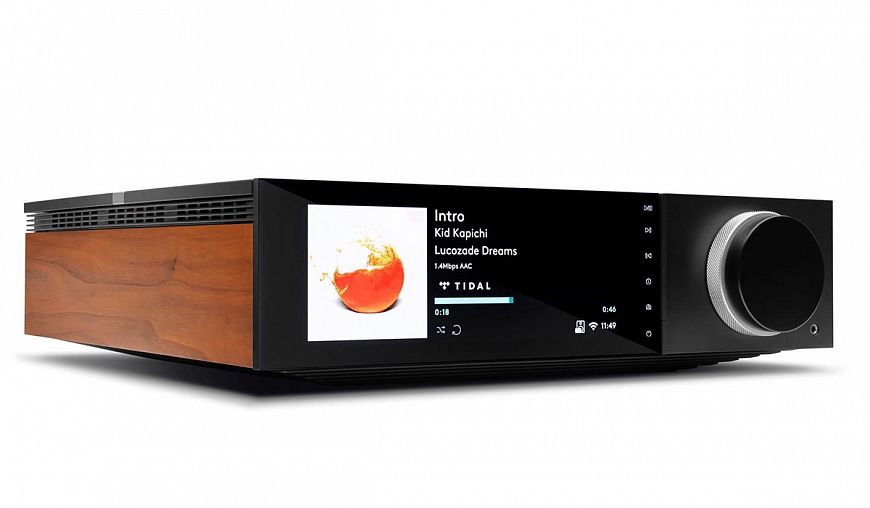 The handsome man strikes on the spot with his design, and after switching on, he completely puts many competitors on the shoulder blades, offering a rich and voluminous sound canvas with chic localization of instruments. StreamMagic network platform, built-in Qobuz, Tidal, Spotify clients, 32/384 ESS Saber converter, aptX HD Bluetooth module, and even the “icing on the cake” in the form of Hypex NCore digital amplification – the device’s capabilities are over the top.

Verdict: the new Cambridge EVO75 platform grabs the stars from the sky 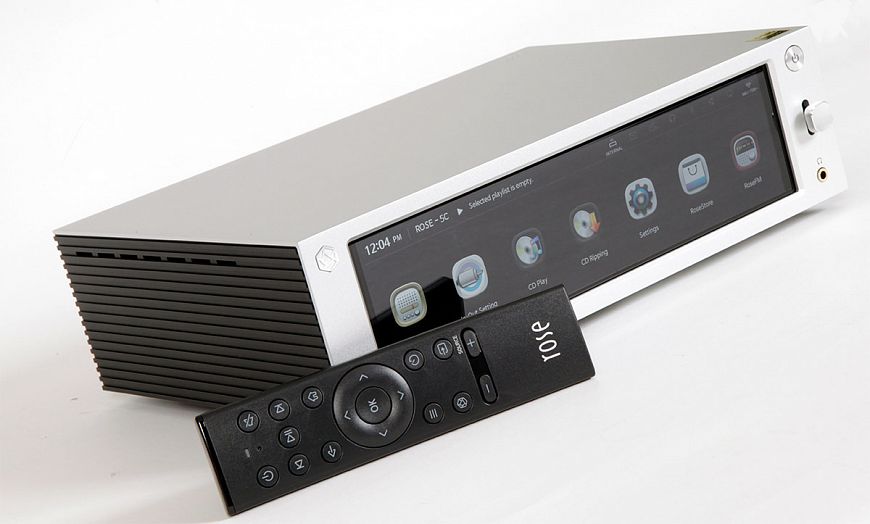 Another “combine” – although the HiFi Rose RS201E is positioned by the manufacturer as a professional streamer operating with an Ultra High Pixel Stream, there is also an amplifier “under the hood” (however, to reveal all the talents of the device, it should be used as a source). HiFi Rose RS201E flaunts excellent performance characteristics (“signal / noise” reaches 122 dB, and the dynamic range is 132 dB, the frequency response ranges from 16 to 80,000 Hz, and the THD does not exceed 0.006%), uses an ESS Saber ES9018K2M chip (PCM 32 /384, DSD256), supports MQA and sounds obscenely great for its price. It is especially worth noting the excellent separation of sound images, as well as the rhythmic and punchy presentation of the musical picture.

Verdict: HiFi Rose RS201E knows how to surprise in a good way 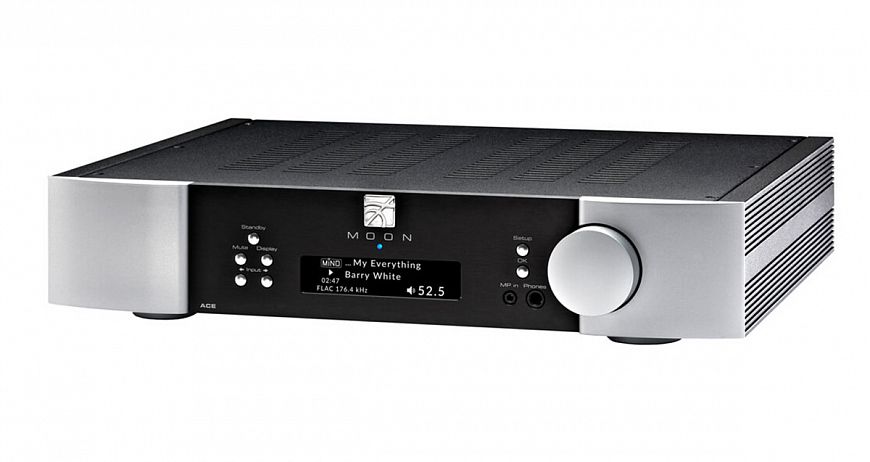 High End all-in-one device (including an amplifier) ​​- for full operation, only speakers need to be added to the SIM Audio Moon Neo ACE 2-Tone and the component must be provided with Internet access. The MiND streaming module works via Bluetooth, Wi-Fi or Ethernet, has a built-in Tidal client, a DAC provides decoding for streams up to PCM 32/384 and DSD256, and other options even include a built-in MM / MC-type phono stage. The 11 kg mastodon sounds extremely impressive – literally dumbfounded by the density of the bass. 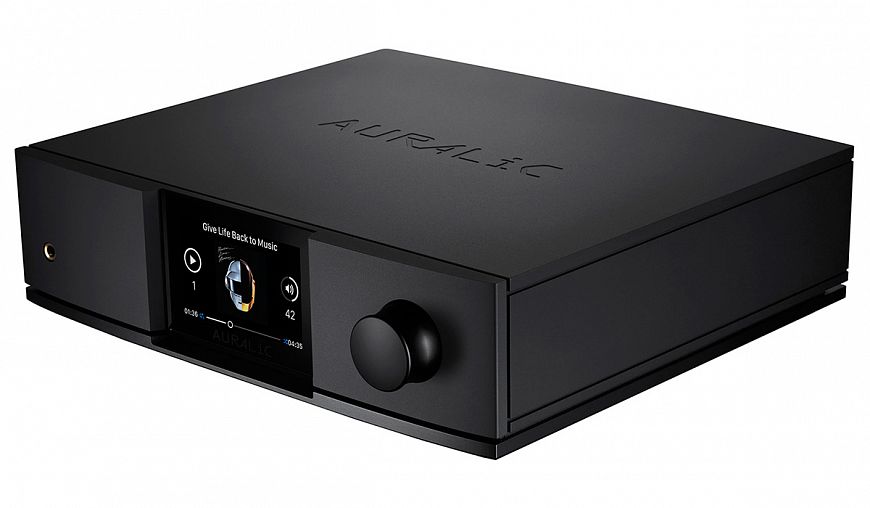 The latest AURALiC Altair G2.1 streamer’s CPU is the most powerful in the Tesla series, in addition, it is complemented by a dual Femto clock generator. Of course, the system is Roon Ready certified and sports a bunch of built-in clients, including Qobuz, Tidal and Spotify Connect. It is worth noting the pre-amplifier, which is designed here on the basis of an analog volume control with a resistive matrix. The sound of the AURALiC Altair G2.1 features excellent macro and micro dynamics. 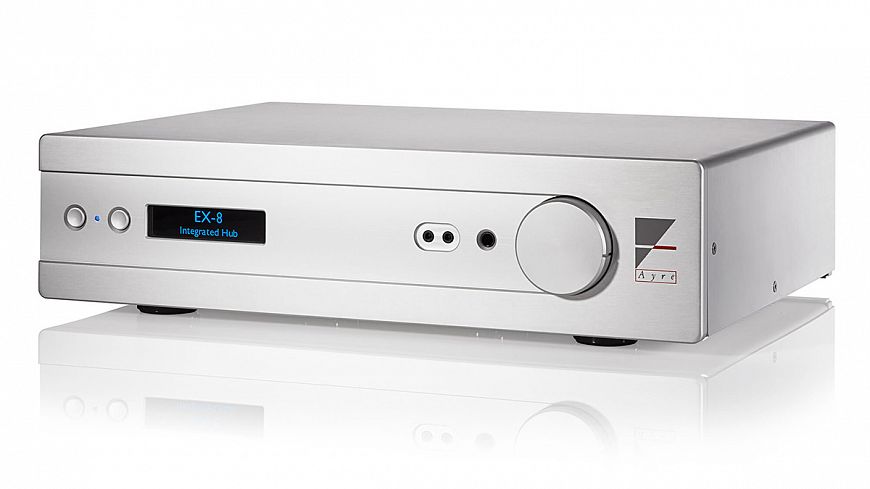 The Ayre EX-8 Full is both a streamer with a digital-to-analogue converter (it’s not for nothing that the company calls the device a hub) and a very high-quality amplifier that delivers 2 x 100 watts to 8-ohm speakers. The device works with signals up to PCM 24/384 and DSD128, its operating range extends from 0 to 250,000 Hz. The sound of the device is open, clear and most of all similar to an open window.

Verdict: serving Ayre EX-8 Full is sure to please you 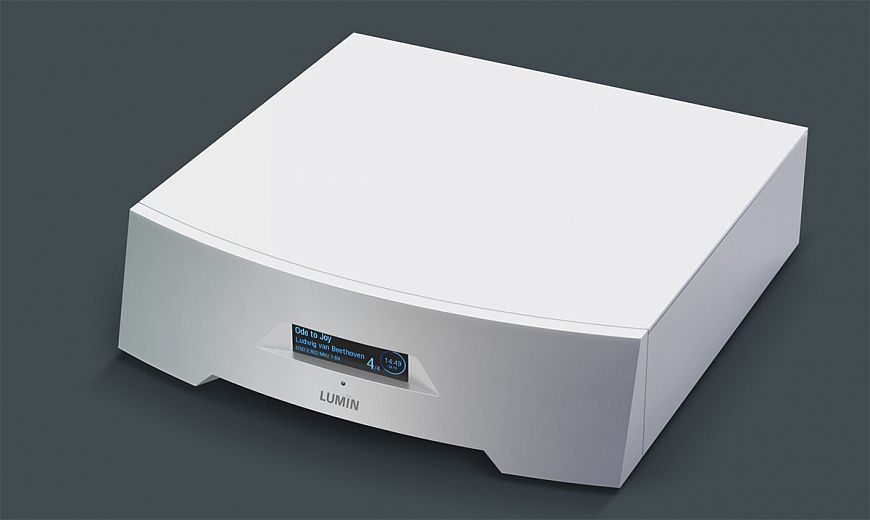 It is not for nothing that Lumin P1 is called a universal network player – in addition to traditional digital audio streaming, there is also a 4K video pass-through via HDMI with ARC support. The DAC is made in a dual mono configuration based on ES9028PRO chips from ESS Technology, and the watch uses an FPGA matrix. The performance of the player is outrageous – Lumin P1 easily accepts DSD512 and PCM 32/384 streams, it is certified by Roon and uses a quality Leedh 32-bit volume control. The sound of the device already demonstrates the brilliance that all connoisseurs of High End technology are chasing. 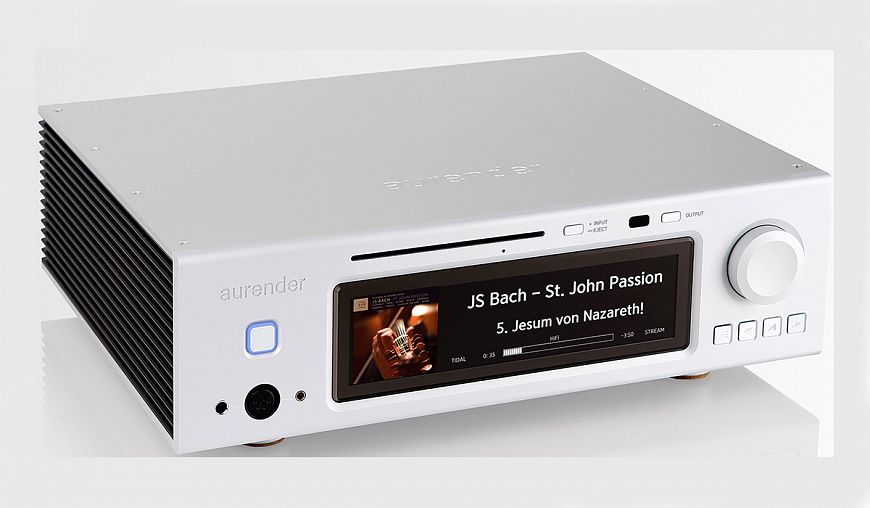 Finally, the top of the pyramid. The sound of the Aurender A30 is easily confused with the live performance of musicians – a proprietary system based on server SSD caching and a converter streamer works exceptionally well. AKM AK4497 chipset with linear power supplies for each channel, dual mono circuit, FPGA-based clock, jitter below 100 fs, 10 TB internal disk, support for PCM 32/768 signals – everything is perfect here.

Verdict: everything you dream of – and even more