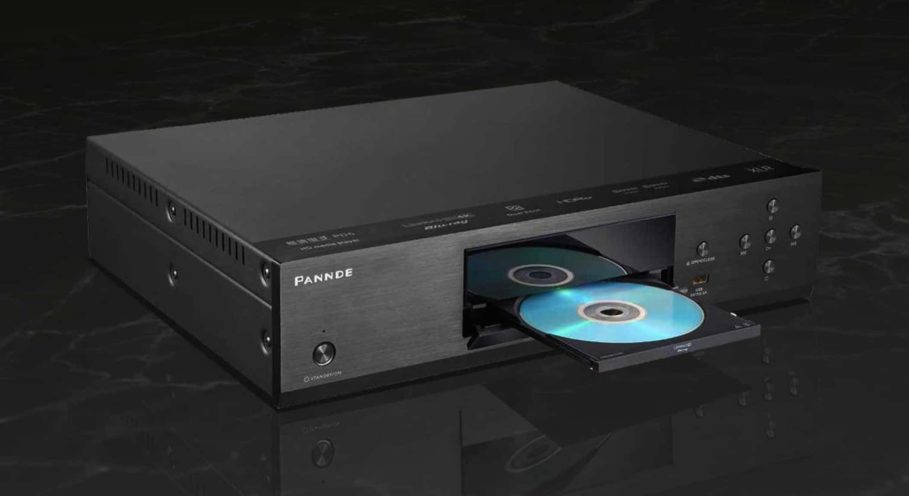 The Chinese manufacturer unveiled its new 4K UHD Blu-ray player in the high-end segment towards the end of 2021. This creation can be called a dream player, if you do not take into account the fact that the manufacturer ignores almost all official associations.

Besides HDR10, the Pannde PD-6 Elite also supports Dolby Vision, has two HDMI outputs, and can also play DVD-Audio and SACD. In our Pannde PD-6 Elite 4K Ultra HD review below, we will try to consider its main advantages and disadvantages, if any.

Before diving into this 4K Ultra HD Blu-ray Player, please be aware from the outset that Pannde is not a member of the Blu-ray Association. Where the “dual operating system” from Oppo and Pioneer came from is still unknown. Moreover, the playback of ISO and MKV files does not accurately indicate that the Disc Association rules are being followed.

In addition to the above, you should be aware that the device does not have a European CE certificate. However, the manufacturer provides a one-year warranty. So, these facts should be considered before buying. Those who do not want to risk such a sum of money should be better off using the tried and tested Panasonic UB820 or UB9000 models or the new players from Reavon .

Unlike some Blu-ray players of the same class, the build and appearance of the Pannde PD-6 Elite really matches the class of the premium segment. On the other hand, there are no customer reviews yet to confirm this information. The front of the Blu-ray Pande PD-6 Elite 4K is made of brushed aluminum.

As for the capabilities of Pannde’s PD-6, it can also handle Dolby Atmos and DTS: X in addition to the usual other audio formats. It has the ability to handle discs such as UHD Blu-ray, Blu-ray 3D, DVD and CD, as well as a huge range of media files that can be connected to the media player via the USB 3.0 port.

A MediaTek MT8581 processor is installed as a SoC. A bit confusing is Pannde’s claim that the player uses two operating systems. They should be based on the Oppo UDP-205 on the one hand and the Pioneer LX800 on the other . Pannde’s own Blu-ray UHD PD-6 Elite uses Sony’s disc loader. 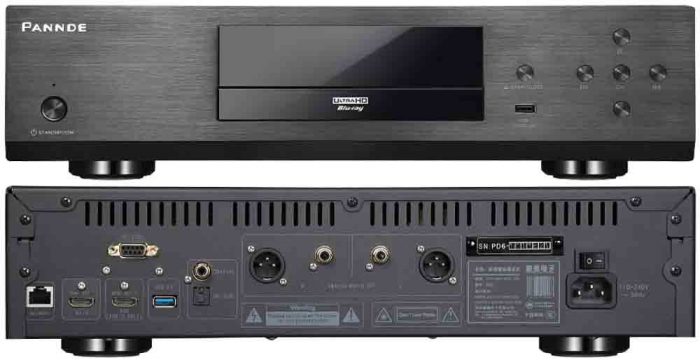 Convert HDR to SDR for older displays as well as converting between different color spaces like BT.2020, BT.709.

The PD-6 delivers great sound for music and movie soundtracks with object-oriented immersive audio formats such as Dolby Atmos and DTS: X.

The PD-6 has a USB 3.0 port on the rear panel and another USB2.0 port on the front panel. It allows users to play content from external media, including ISO and MKV files.

With the Gigabit LAN port, the player easily connects to your home network, thereby providing access to multimedia stored on a server or NAS.

The player has two HDMI outputs. These are HDMI2.0 (audio / video) output and HDMI 1.4 audio jack. Separate transmission of video and audio signals is designed to prevent signal noise.

Pannde PD-6 Price
Don’t expect it to be cheap if this model is made in China. The exact price has not yet been announced. The estimated price will definitely exceed 2,000 euros. In Europe, distributors such as CineUltra.eu will take over the distribution of this model.

In conclusion of the PD-6 review from Pannde, it is worth adding that the company has released another Pannde PD-670 video player. So what makes the PD-6 different from the PD-670? Let’s start with the fact that the price of the PD-670 will be noticeably lower. The premium PD-6 is designed for audiophiles. The main differences are the reinforced steel casing and the double transformer on the premium model.

The PD-6 also features custom-made capacitors and a patch panel with gold-plated connectors. Since the PD-6 is intended for audiophiles, the DAC ESS CS9038PRO DAC is superior to the Burr-Brown PCM1795 installed in the PD-670. On the other hand, the younger model has a compartment for connecting an HD 3.5 ″ drive up to 10 TB. The Dune HD Pro Vision 4K Solo media player has a similar hard drive bay . 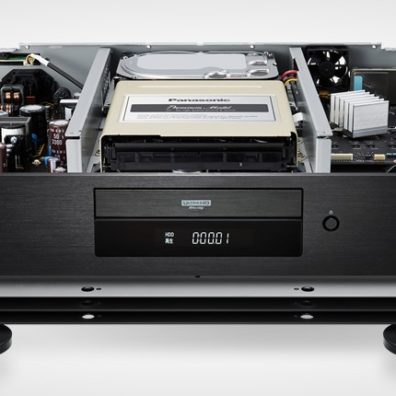 By Lucas Jönsson
X
Subscribe to get the best Tech news and reviews of the week.
By signing up, you agree to our Privacy Notice and European users agree to the data transfer policy.
Close