Gaming laptops like the ASUS TUF Dash F15, which combine mid-range performance in a thin and light package, have traditionally been more expensive than classic gaming systems. If you want a gaming laptop that can play cutting-edge AAA games at high graphics settings and can be carried comfortably in a backpack.

However, ASUS had to make some compromises to cut costs. The most notable of these is the lack of a webcam. This isn’t the first time something like this has happened to an ASUS gaming laptop, as the 2020 ASUS ROG Zephyrus G14 – still one of the best gaming laptops in our opinion – has also lost its camera. Then this decision was worth the results, now the situation is repeating itself.

It should also be emphasized that the ASUS TUF Dash F15 is unlikely to be the most powerful gaming laptop on the market with the RTX 3070 due to its lightweight design – but it is powerful enough to pass all of our tests with excellent frame rates.

If you’ve been waiting for a portable gaming laptop that can play modern games at high settings while remaining cheaper than a car, the ASUS TUF Dash F15 should be at the top of your shopping list.

We received the following ASUS TUF F15 configuration for testing:

It is expected that ASUS TUF Dash F15 will appear in retail stores in the first quarter of 2021, at a cost of $ 1099 in the basic configuration. There is no exact date yet, although you can order the laptop in some online stores today, overpaying, of course. We look forward to early March, according to some channels. For that money, you get an Intel Core i7-11370H, 16GB of RAM, a 512GB SSD, and an Nvidia GeForce RTX 3060. All behind a 1080p panel with 144Hz refresh rate.

This is probably one of the cheapest laptops with RTX 3000 graphics considering the TUF Dash F15’s long battery life in an extremely portable design.

The configuration we tested here is priced at $ 1,449 and will likely match the price tag, just remember to add VAT to the price. The proposed configuration, combined with the price tag, promises a sweet spot for most. We’re guessing there aren’t many laptops this year that can offer great hardware for a modest price tag in great design.

However, the highest and so far the only option available in most stores costs $ 1999. For the money, you get a better processor and white, but that looks like it’s about it.

When we first opened the ASUS TUF Dash F15, we had to look twice at the brand to make sure it was a TUF laptop and not the expensive ROG Zephyrus. To be clear: ASUS TUF gaming laptops are aimed at gamers on a lower budget who want more for the money. That is why the design of these devices takes a pragmatic approach, while the ASUS TUF Dash F15 is different.

This gaming laptop is only 20.3mm thick and weighs 2kg, which is very small for a gaming laptop. Both the keyboard and laptop lid are crafted from attractive gray aluminum, so you don’t sacrifice stability for portability. However, the base of the laptop is still plastic, so don’t expect an all-metal design here – unfortunately, this feature remains with high-end laptops.

This approach will make your laptop easier to maintain. While the ASUS TUF Dash F15 is incredibly thin and light, the back cover of the laptop can be removed to replace the hard drive and memory. All you need to get to the laptop’s components is a screwdriver, while the bottom half of the bottom opens to give you access to the M.2 ports – of which there are two if you need more storage in the future.

However, in order to access the RAM, you must remove the entire bottom bezel of the laptop. However, you can upgrade the RAM to 32GB DDR4. This makes the low price tag of the base configuration even better, since you can update the configuration yourself instead of giving all the money at once.

ASUS TUF Dash F15 offers an excellent selection of ports, including two USB-A ports on the right side. On the left is another USB-A port, Thunderbolt 4, HDMI, Ethernet, a 3.5mm combo port, and a dedicated power port. And while ASUS uses a separate charging port, you can also charge the TUF Dash F15 using USB-C, but not as fast.

The screen contains the Full HD panel with a refresh rate of 240 Hz, which makes it ideal for competitive players, especially in combination with RTX 3070. With an average peak brightness of about 265 cd / m 2 and the coverage of 110% sRGB, it is also quite bright and colorful to give credit to your games.

The bezels around the panel are far from the narrowest in the world, but they are thin enough not to be conspicuous. That said, we can’t help but wonder why ASUS didn’t place the webcam on top. The panel is more than adequate, but it’s probably just a step to knock down the ASUS TUF Dash F15’s price tag. It’s a shame, but this is not the end of the world – especially if you don’t want to plan on using your laptop for video calling or Twitch streaming. In this case, it is better to invest in a webcam.

The keyboard is quite thin and, given the slim design of the laptop, offers excellent travel depth. The distance between the keys is not the best. However, we would have preferred a different backlighting as there is no RGB backlighting here, which is also a tradeoff considering the price tag. Instead, you get the blue-green backlighting, which is frankly not the most beautiful color, which looks especially bad on transparent WASDs. Highlighting the main gaming keys makes sense, but the backlight spoils everything.

On a laptop as attractive as the ASUS TUF Dash F15, the transparent keys really stand out and we wish they were optional and we could do without them.

The dedicated keys above the keyboard are cool and really useful. They will allow you to adjust the volume without having to reach for the “Fn” and function keys. There’s also a dedicated microphone mute button and ASUS Armory Crate software button.

The touchpad is fine. It’s large enough for comfortable gestures, and the key mechanism seems solid enough, but we’re talking about a gaming laptop here, so a gaming mouse seems like an obvious solution.

ASUS chose to position the speakers at the bottom of the laptop, one on the left and one on the right. This is one of our most critical points, especially when there is ample space on each side of the laptop. It doesn’t sound so bad as other laptops often choose a similar design, but it should be noted.

The speakers are loud enough to drown out fan noise while gaming. In the Performance profile found in Armory Crate, the fans are not loud enough to interfere with performance. You can definitely hear them even under light load, but it’s not that bad.

And they do their job well as well. Even after several hours of testing, the keyboard didn’t get too hot thanks to the vents on the sides of the laptop.

Here’s how the ASUS TUF Dash F15 performed in our suite of benchmarks:

And while the machine is equipped with new processors from Intel and Nvidia graphics, the hardware is set up so as not to burn out in a thin case. As a result, this isn’t the fastest RTX 3070 laptop on the market.

But this does not mean that ASUS TUF Dash F15 will not be able to play modern AAA games. The laptop offers good frame rates in almost all games, be it Assassin’s Creed, Dirt 5, or Watch Dogs Legion with active RTX.

The new RTX 3070 of this laptop is based on the Nvidia Ampere architecture, which implements the second generation of ray tracing technology. In games that support tracing, performance has increased significantly. For example, we tried Metro Exodus with Ultra settings, returning 59 frames per second on average without tracing. After we turned on the beams, the playback speed dropped to 48 FPS thanks to Nvidia’s brilliant DLSS technology.

It’s not the perfectly straight 60 frames that we would like to count on, but the playback is still more than acceptable. Considering that you get this result with a computer that fits easily into a backpack, we consider it a success.

The processor performance is slightly worse than the competition, which is largely due to the Tiger Lake H35 processor. The Core i7-11370H is a 4-core, 8-thread processor clocked at up to 4.8 GHz. This is more than enough for gaming – we did not experience problems and did not notice the processor choking the video card. However, for graphics professionals looking to use a gaming laptop as a workstation, such a processor may not be enough.

Gaming laptops have a reputation for not being the longest running machine, although things have gotten better lately. In particular, the ASUS ROG Zephyrus G14 with AMD Ryzen 4000 and RTX 2060 processors launched in early 2020 offered an amazing 8 hours in our video playback test.

ASUS TUF Dash F15 performed even better: it squeezed out almost 10 hours of battery life, given the more powerful graphics card and faster 240Hz screen. Even in PCMark 10 battery tests that simulate a wide variety of different workloads, the laptop lasted around 9 hours, which means that a gaming laptop shouldn’t have any problems with a full day’s work. Considering how big the charger is, you can use the laptop without it for work.

ASUS TUF Dash F15 offers a minimum of software solutions, which is surprisingly good. There is very little adware preinstalled besides the ASUS driver software and Armory Crate software which is really useful. With this little program, you will be able to control the backlighting – although it is limited to one color – you can also control the performance profiles, so you can decide how fast to spin the fans in search of the ultimate performance a laptop is capable of.

The laptop also offers a game launcher, which means you can use one program to launch your games instead of constantly switching between Steam, GOG, Epic and whatever game stores you need to play your favorite PC games.

Since there is no webcam in the design of the laptop, you do not get IR facial recognition, and there is no fingerprint scanner. This means that biometric authentication is not available, but considering how good the price tag is on a laptop, the lack of biometrics is not a feature that we will regret.

You want to play on the road . With a thickness of less than 2 centimeters and a weight of 2 kg, this gaming laptop can be easily taken with you wherever you go – thanks to its long battery life, even on long flights, when they become possible again.

You need a budget gaming laptop with no compromise. In its basic configuration, ASUS TUF Dash F15 offers a GeForce RTX 3060 with a Core i7 processor. That’s decent performance with a price tag of just over $ 1,000 – not a bad deal.

You need a webcam . Today, webcams are more important than ever. If you need a laptop with a camera, ASUS TUF Fash F15 is not for you.

You don’t like turquoise . ASUS TUF Dash F15 does not offer RGB backlighting, which, given the pricing, is not a problem, only the manufacturer chose a turquoise color for the backlight, which not everyone will like.

ASUS TUF Dash F15 is a prime example of the combination of reasonable price and elegant form factor. It offers great performance in a case that won’t make your back bend when you need to travel with your laptop. Plus, some gaming laptops offer excellent battery life. 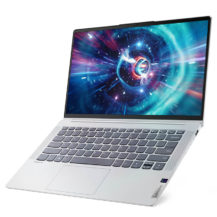 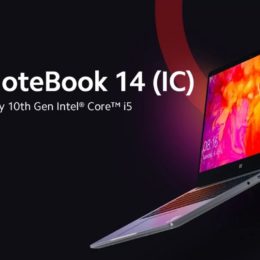 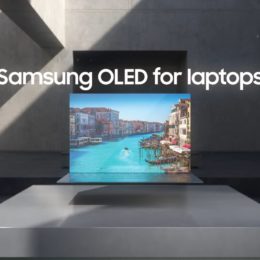 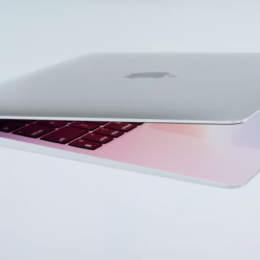 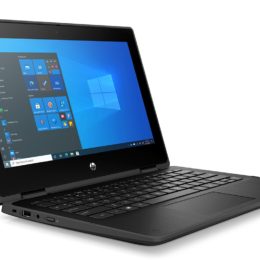 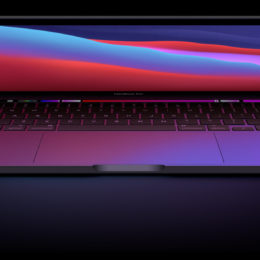 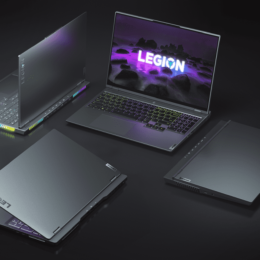