The Pixel 5 is the current flagship of Google’s smartphone lineup, albeit with the hardware of a mid-budget device. Owners of the previous generation with Pixel 4 will twist their fingers at their temples, because even the main camera module here is the good old Sony IMX 363. It was also installed in the Pixel 3. Confused? So let’s figure out what kind of beast it is – Pixel 5. Appearance can be viewed in two ways. On the one hand, the front is a typical clone of any modern smartphone with a cutout for the front-facing in the corner. Behind us is a camera block from the previous generation, which in turn refers us to the iPhone . Here, on the back, a fingerprint sensor on the back … at the end of 2020. The good old fingerprint works great, but the location is, frankly, archaism. 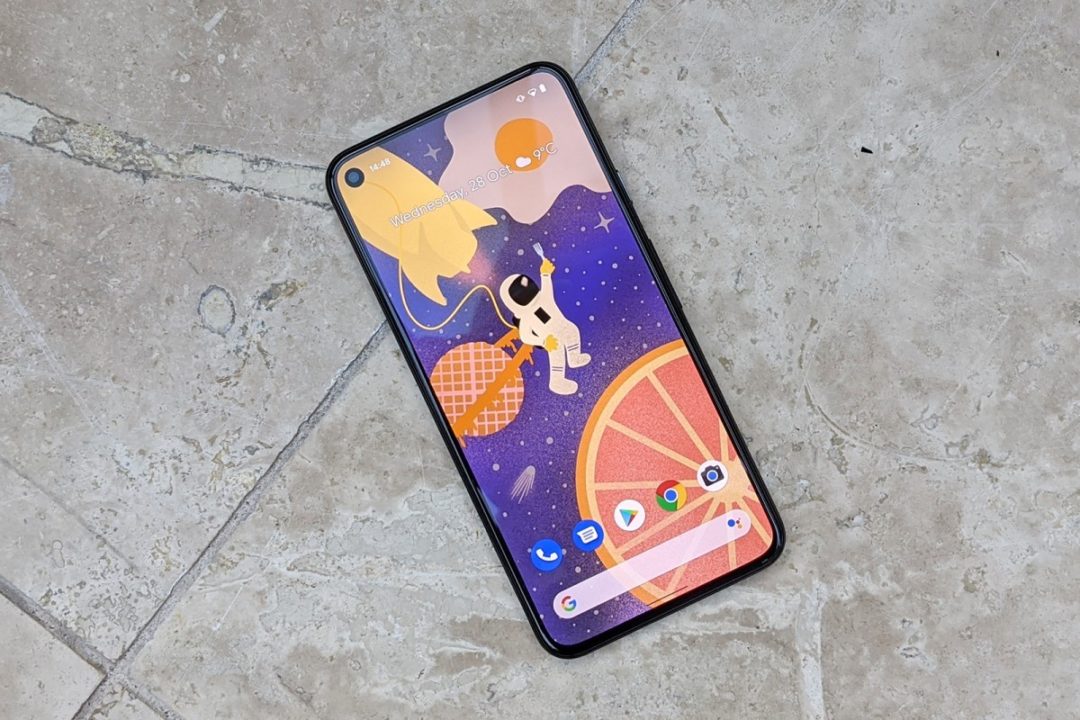 But the dimensions are perfect. This is one of the best compact smartphones of early 2021. It is even slightly smaller than the diagonally comparable iPhone 12 . And it’s funny that the younger 4A is only a fraction of a millimeter smaller, although the difference in the screens is as much as 0.2 “. By the way, the junior device with a simpler matte finish also feels much cheaper.

But with the screen, everything is far from perfect. Firstly, the device got an AMOLED matrix with Full HD + resolution, and it is far from the latest generation. It has not the best color display performance on the market, let’s face it, embarrassing for a flagship. And secondly, there is PWM, but no DC Dimming. If you are extremely sensitive to this, then the Pixel 5 is not for you. And despite the fact that market leaders are abandoning screens rounded at the corners, Google, as always, goes its own way and at the corners we see the familiar 2.5D glass.

But there is a mode of increased frequency, albeit only 90 Hz. I will say to myself, if I can easily see the difference between 60 and 90 Hz, then between 90 and 120 Hz – only in slow motion video.

In terms of brightness, the screen did not disappoint. Up to 1200 in auto brightness under the sun and up to 800 lux in manual mode. As a result, the image is visible in all lighting conditions. The only pity is that the light sensor located under the screen does not work very well. Probably, the display itself is lit up, as it was in the Pixel 4A .

For some reason, I thought earlier that the 765G “dragon” would be much closer to the flagship 8xx line. In fact, the current Snapdragon 765G provides approximately the same performance as the old 720G and 730G.

But the case as a whole is fine. I tested the device at the same time as the Galaxy S21 and both are plastic. The only difference is that the Pixel has a metal base with “bioresin” on top of it. But the texture of the devices is completely different. The Pixel reminds me of the first generation OnePlus with its stunning SandStone body. Here the “sandpaper” effect is less, but holding the smartphone is incredibly pleasant and comfortable. It cannot slip out in any way, and putting a cover on it is just a crime!

By the way, in the metal base of the Pixel 5 case, there is a hole in the back for the wireless charging coil, Google developers did not manage to deceive the physics.

I decided to separate the sound separately for a reason. Stereo speakers are installed here, but you can’t find the top one, no matter how much you look. It is hidden under the screen, where are the proximity light sensors. At least in some ways, Google is ahead of the rest. True, this decision also imposes certain restrictions, because the spoken speaker transmits only the upper frequencies. In addition, it is about two times quieter than the main speaker. Although for a stereo effect and comfortable absorption of content, such a bundle is quite enough. On the downside, there is a slight vibration from the display if you wear earrings.

Google has been trying to squeeze the last juice out of the three times outdated 12 megapixel Sony IMX 363 sensor for several years now. However, this is logical, because the company is a software giant. And the Pixel line is primarily a showcase of the power of software.

The second module is shirik, but telephoto is not here in principle. The quality level of the images is high. HDR + algorithms are still good. And again, it’s funny that all smartphones of the current “pixel” line have the same main sensor (4A, 4A 5G, 5) and it is not surprising that they all take absolutely identical pictures. And this is in some way an achievement for the “budget” 4A.

The rest of the level is extremely close to the iPhone 11 and 12 .

The amazing interface of the new Google Camera came to me. Even the iPhone will envy its intuitiveness. Using the camera is much more convenient than the vast majority of smartphones on the market.

There are no questions about the video. A good flagship level, except that the maximum resolution here is 4K, and not the fancy 8K. But the image stabilization is amazing.

Despite such a compact size, the capacity of the built-in battery was not deprived. There are as many as 4,000 mAh, which, together with a 90-hertz AMOLED and mid-budget hardware, gives simply amazing results in autonomy: up to 5-6 hours of screen per day.

Regarding the interface and firmware – Pixels have their own, separate army of fans. It’s really easy to join its ranks, it’s enough to use a smartphone for at least a day, but given its weak popularity, this can be a problem. In addition, the smartphone will be the first to receive fresh versions of Android and monthly patches, which is especially interesting   and promising, given that the next version 12 will bring big changes to the interface.

And there is also a quick charge right in the kit, which is necessary for clarification nowadays. Wireless charging is also in place. As well as a couple of branded buns. For example, when you connect the charging cable, your smartphone automatically turns on the reversing wireless, allowing you to charge compatible accessories.

The Google Pixel 5 turned out to be somewhat interesting. But 600 bucks might not worth it. On the other hand, for those who are looking for a high-quality and compact Android smartphone with an excellent main camera, the fifth pixel is ideal. After all, not everyone is ready to upgrade to iOS , right? And many other brands are already sick in the literal sense.