The story told in the Italian film L’incredibile storia dell’Isola delle Rose / Rose Island / “The Incredible Story of the Island of Roses” really sounds completely incredible, nevertheless, it actually happened and was only slightly embellished by filmmakers. This is a story about a guy who didn’t want to obey any rules. Plus, this is a story about a man who is ready to do anything to win the heart of his girlfriend. Choose which of the messages is closer to you.

1968 Rock and roll, miniskirts, beautiful cars, the Vietnam War, student performances all over Europe. But young Giorgio Rosa is not at all up to it. Although he just graduated from a prestigious Italian university with a fashionable and respected specialty “engineer” at the end of the 60s, he cannot live like everyone else. Either he violates the rules of conduct in the air on a biplane of his own design, or the police get caught in an angular car without registration, which he himself built. Giorgio’s parents do not understand, it is difficult for him to communicate with officials, moreover, a girl left him several years ago and he just cannot come to terms with this loss.

One day Giorgio Rosa comes up with a brilliant idea. If there are so many rules and regulations in Italy, why not create your own country where you can do whatever you want. An independent state outside the territorial waters of Italy, directly opposite the resort of Rimini. And since Giorgio is a talented engineer, he decides to design and build his own island – a platform in international waters. And with this, the young man reveals the real Pandora’s pithos. The self-proclaimed republic is a bone in the throat of Italian officials and the Vatican, who are already under serious stress from all these sexual, musical, technical and other revolutions. Italy declares war on Rosa. 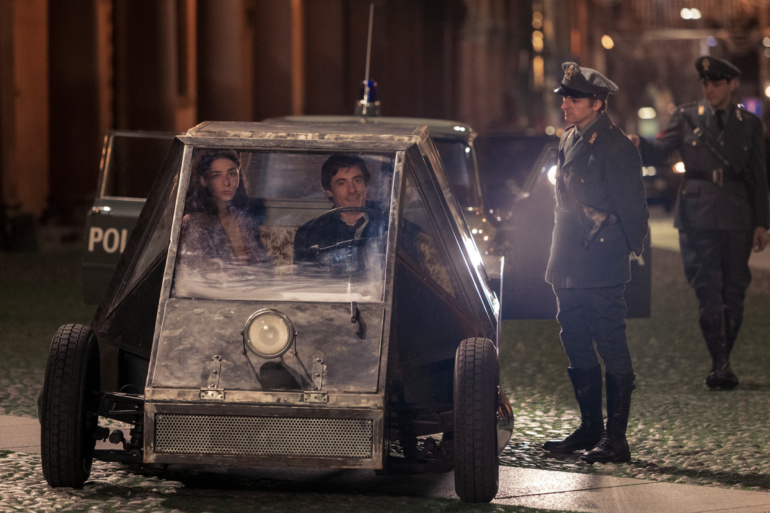 As fantastic as the story told in Rose Island sounds, it really happened in 1968. Giorgio Rosa, Gabriella, their friends and the Italian and international officials shown in the film are absolutely real people. Unfortunately, the President of the Republic of the Isle of Roses did not live to see the premiere of the film about himself, Giorgio Rosa passed away in 2017, but before his death he blessed the filmmakers to work.

In general, in the history of mankind there have been several micronations, some of which proclaimed independence on board ships anchored outside the territorial waters, or on sea platforms. For example, the Principality of Sealand , created on the former Rafs Tower anti-aircraft platform, exists to this day. The virtual state of Asgardia , founded in space, is also operating , to which more than a million people have already joined. However, in most cases micronations are short-lived formations, and the very first conflict with the “real” states, near or on whose territory they are located, ends in failure. If you look at Wikipedia, you will find out that the Republic of the Isle of Roses did not last long, but its life turned out to be bright and beautiful. It seems that in addition to the desire to tell an interesting story, the filmmakers themselves were attracted by this beauty, style and spirit of the era in which the Republic of the Isle of Roses was created. And they tried to convey it in all its glory. Rose Island is a beautiful film in the vibrant colors of the 60s. Here are chic interiors, stunning Italian cars, girls in short bright skirts, music, the atmosphere of a glamorous beach party. In terms of mood, Rose Island is close to the movie The Boat That Rocked / “Rock Wave” , which events took place around the same time and also in international waters. However, Rose Island also has its own Italian flavor. 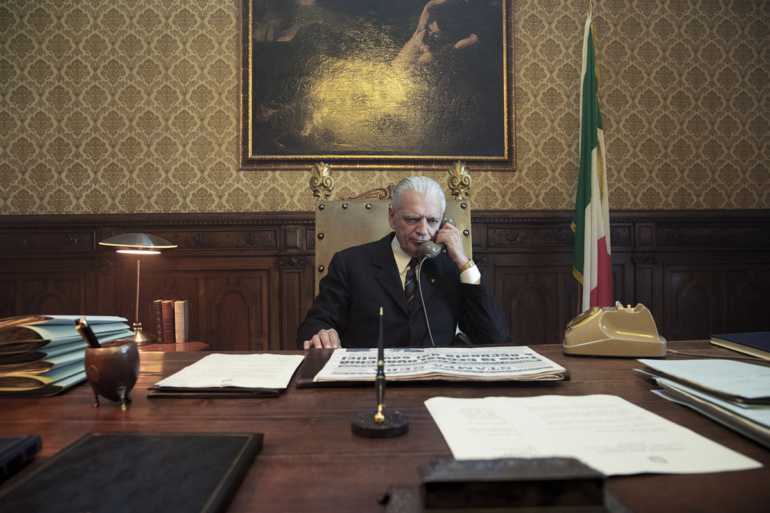 There are many references and attributes of that era in the picture: Ducati motorcycles, racing in Imola, the nascent European Union, the sex revolution, the demolition of traditional Italian society, the decline of the total influence of the church. It seems that the authors even miss the times when their country was undergoing interesting social shifts. And although they show the officials of the Italian government as ridiculous idiots, there is still a note of respect in this joking of the founding fathers, they still talk about the people who stood at the origins of the Republic.

Rose Island is a fairly simple, light Italian comedy that has been sorely lacking lately. Its plot and ending can be predicted at the very beginning, but the heroes of this story are so cute and nice guys and girls that you instantly forgive them for this simplicity. As you forgive and a somewhat tearful and not quite consistent with reality ending. There was no shelling at the end, the Republic of the Isle of Rose ended its existence much more prosaically. However, who said that Giorgio Rosa lost? It seems that he still grabbed the main prize.

Advertisement
X
Subscribe to get the best Tech news and reviews of the week.
By signing up, you agree to our Privacy Notice and European users agree to the data transfer policy.
Close
01/19/2021