The film was directed by Volodymyr Mula, who previously worked as a sports reporter and managed to release two documentaries about Ukrainians in exile in the United States.

Mula dedicated his third film to the descendants of Ukrainian emigrants who have won the main NHL trophy – the Stanley Cup – over the past hundred years. The idea of ​​the film did not appear just like that: after analyzing the names of those who were immortalized on the rings of the cup, the director saw that the Ukrainians were actually at the origins of the hockey tournament.

Interestingly, the name of the tape is a reference to the English abbreviation UKE, which comes from the word Ukrainians – so in North America called the natives of Ukraine. UKE can even be found in the Canadian press when it comes to Ukrainians in hockey. 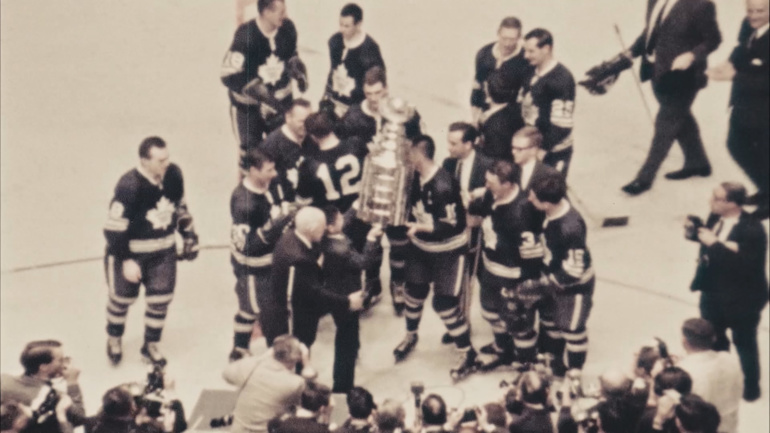 To make the film, the director read a lot of American hockey literature, worked with international archives and went to Canada to talk to professional players in person. The most valuable part of the film, which contains the interview, is the documented moments of the conversation with the legendary athletes, who gladly share their personal memories.

Some of them are well over 80 (for example, the winner of the Stanley Cup in the Chicago Black Hawks Eric Nesterenko is now 87), and some did not live to see the release of the film – Eddie Shah passed away in the summer, who won the world’s top hockey trophy four times. the Toronto Maple Leafs team. By the way, it was Eddie Shah who became one of the brightest heroes of the film, he was remembered for his cowboy hats and cigars, which he bragged about in front of the film crew. UKE’s characters have different stories, but they are all willing to confirm their Ukrainian roots on camera. To substantiate this, Volodymyr Mula cites some of the documents, tracing the emigration path of their parents or grandparents. Some of the relatives were looking for a better life, and some were fleeing from the Soviet authorities, who were persecuting the insurgents (Erik Nesterenko’s father won the Simon Petliura Cross for participating in the struggle for the freedom of Ukraine). The film even features footage of a black-and-white chronicle of the 1920s, which significantly complements the UKE visual series.

To understand the nuances of the past, some moments are commented on by the invited historian Roman Koval, sometimes giving his own characteristics and political comments. Also, the creators of the film recreate several events with the help of actors, which in fact does not benefit the film at all and only fills the free space of the screen.

However, returning to living legends, the film again becomes a documentary collection of life stories. The most anticipated was a conversation with Ivan Gretsky, also known as Wayne Gretsky, whom the director calls the best hockey player of all time (he set 61 records in the NHL and was a four-time Stanley Cup winner in the Edmonton Oilers). But quite unexpectedly, his father Voltaire Gretsky comes to the fore, who gladly invites him home. These episodes turned out to be the most emotional, because Voltaire sincerely shares his memories of his son’s strong-willed character and remembers his mother, who spoke Ukrainian. So “UKE” in a way becomes a dedication to this man, who is respected in Canada no less than the legendary Wayne.

Maybe someone will expect from UKE a purely sports material, but the film is more like research work (because it aims to provide evidence of the Ukrainian origin of hockey players) and a series of interviews in which athletes reflect not only on the NHL, but also on life of their ancestors. Not everything is perfect in the design of the film “UKE”, and its narrative is sometimes too hasty to explain everything at once. However, it should be taken into account that the documentary was actually filmed on their own and even a crowdfunding fundraising campaign was launched. Although the State Agency of Ukraine for Cinema in the last stages of production helped with finances, the film does not reach the quality level.

So “UKE” will be interesting to those who have recognized all the above names, and those who are interested in historical research, because the film makes several discoveries. At the end of the tape, the creators show the number of Ukrainian hockey players who have won the Stanley Cup in the centuries-old history of the NHL.