OM Digital Solutions has announced the new Olympus PEN E-P7 mirrorless camera. The EP series hasn’t had any replenishment since 2013, when the E-P5 was released. The new camera continues the tradition of its predecessors, combining a stylish compact form factor with high-end imaging features.

The PEN E-P7 has a 5-axis in-body image stabilization system. The E-P7’s image sensor is a 20-megapixel Live MOS Micro Four Thirds chip. In the proposed review of the Olympus PEN E-P7, we will get acquainted with the functionality and features of the new product.

Looking at the front of the Olympus PEN E-P7, it is easy to spot similarities with previous PEN cameras. The PEN E-P7 is slightly larger than its E-PL10 sibling and slightly smaller than the PEN-F, but lighter than both. The PEN E-P7 dodges the more modern look of the E-PL series and two-tone pen in favor of a vintage design and textured leatherette finish.

The PEN E-P7 now features a dual-wheel control concept that expands manual control capabilities. There is also a profile control dial on the front panel. This allows the user to switch between standard, color and monochrome photo modes and filter effects.

At the top of the Olympus E-P7 are the command dials, one of which rotates at the front and the other at the back of the camera. Both are made of aluminum. There are also shutter and video recording buttons on the top of the camera, a share button, a power switch, a hot shoe, and an area where a pop-up flash pops up.

The rear panel of the E-P7 is mainly occupied by a tilting display. The 3-inch touchscreen has approximately 1,037k dots. The display tilts 80 ° up and 180 degrees down for use as a selfie screen. To the right of the display is a small thumb rest with many buttons including AEF / AEL, menu, info, play and delete buttons, and a navigation pad with four function buttons.

The E-P7 has a 20-megapixel Live MOS image sensor. Like other Micro Four Thirds image sensors, this sensor has an aspect ratio of 4: 3 (hence the system’s name). The sensor size is 17.4 mm x 13 mm. The sensor is paired with the TruePic VIII image processor.

The Olympus E-P7 has a native ISO range of 200… 25600, which can be extended to ISO 100. When using Auto ISO, the range is 100… 6400. Exposure compensation is available in +/- 5 EV. Metering is carried out by the Digital ESP system, which uses 324 zones. Metering modes include multi, center-weighted, spot and spot with light / shadow control.

The Olympus PEN E-P7 is equipped with a mechanical shutter with a shutter speed of 60 to 1 / 4000s, as well as a manual mode. An electronic shutter with shutter speeds of 60 to 1 / 16,000 s is also available. The PEN E-P7 offers many special shooting modes and functions. There are many different story modes. The E-P7 also features an Advanced Photo mode.

To help beginners, the PEN E-P7 has a Live Guide function that introduces the user to various photographic scenarios and ways to achieve a particular look. Including how to get images with more saturation and how to blur the background. Other photographers will be happy to know that all of the standard P, A, S, and M shooting modes are located on the mode dial.

The Olympus PEN E-P7 features the same new autofocus system as the E-M10 IV . It’s the same contrast-based autofocus system. But it is better than the PEN-F or any of the previous E-PL cameras. Of course, this is not as supernatural as the phase system in the Olympus OM-D E-M5 III and Olympus OM-D E-M1 III , but face and eye detection is very reliable in both stills and movies. 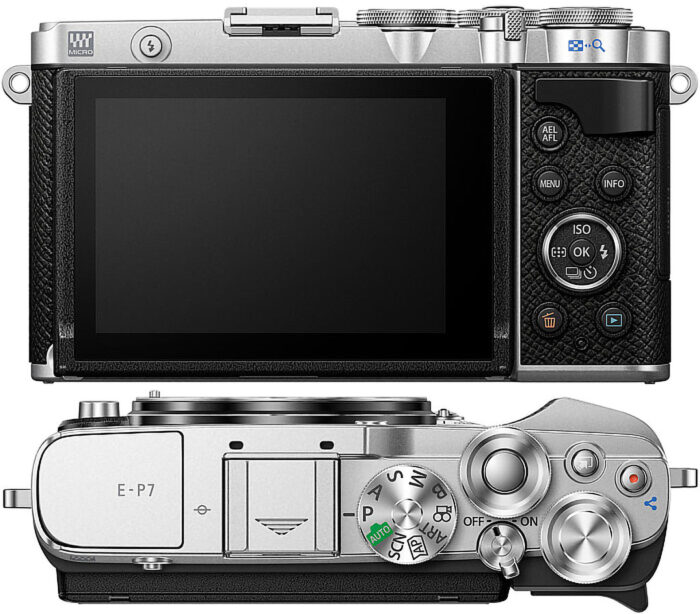 The improved autofocus is especially noticeable when recording video. The E-P7 is an excellent 4K 30p camera that captures crisp footage with absolutely flawless stabilization even without a gimbal. The lack of a microphone jack, though, means you’ll have to rely on standalone microphones (or built into the camera).

The Olympus E-P7 will never be a sports camera. Still, the burst speed is impressive. The mechanical shutter is rated at 8.7 fps, while with the electric shutter you can get up to 15 fps. The camera’s stated RAW buffer depth is 42 frames, or 49 JPEG images at this speed. AF holds very well depending on the subject, but don’t expect to use it for birdwatching.

Dynamic range is a measure of a camera’s ability to record extreme brightness values ​​while retaining detail in the brightest and darkest parts of a scene. The latest Olympus cameras have traditionally high dynamic range and the E-P7 is no exception. The Fujifilm X-S10 is still the benchmark in this sector at higher ISOs, but the PEN is ahead of the competition from Canon and Sony.

It is unknown if 4K video is recorded using the full width of the image sensor or if there is some kind of crop to stabilize. Full HD (1920 x 1080) video is also available at frame rates up to 60p. You can record 720p video at up to 120 fps in high speed video mode for later slow motion playback. 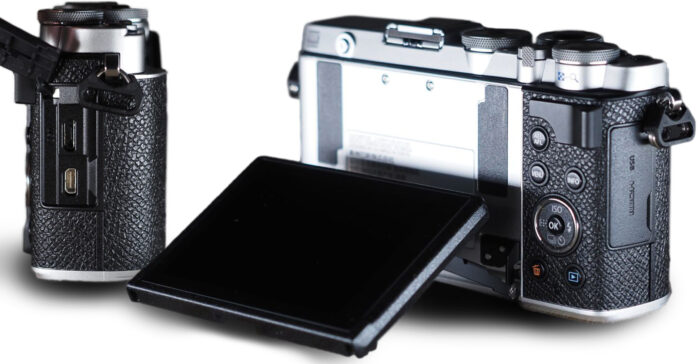 The PEN E-P7 includes several different ports such as USB micro-B and Micro HDMI (type D). The camera’s USB interface is version 2.0. The camera also has wireless connectivity via built-in Wi-Fi and Bluetooth, which can connect to the OI.Share app on iOS and Android.

The E-P7 uses a BLS-50 lithium-ion battery that can hold up to 360 photos or 80 minutes of video. By the way, the maximum recording time for one movie is about 29 minutes. The E-P7 can be charged via USB when the camera is turned off. UHS-II compatible SD / SDHC / SDXC memory cards are being used.

E-P7 price
At the moment (June 2021) the Olympus E-P7 is available for pre-order in foreign online stores at a price of 800 euros per body. Complete with the M.Zuiko Digital ED 14-42mm F3.5-5.6 EZ lens, the price will be approximately 900 euros. Two body colors are available – white-silver and black-silver. Sales are expected to begin in the last days of June 2021.

Many have hoped to see the PEN-F Mark II, and may be disappointed that this is the wrong camera. But in reality, the Olympus PEN E-P7 combines the style and shooting modes of the PEN-F with the tiny form factor of E-PL bodies and the new E-M10 Mark IV technologies.

This camera combines the PEN line with the power of OM-D bodies. Those. This is a great pocket camera for travel and walking. Plus, the E-P7 is an excellent creative tool thanks to the monochrome and color modes offered by the Profile Dial. All in all, good start for OM Digital Solutions – the new owner of Olympus.