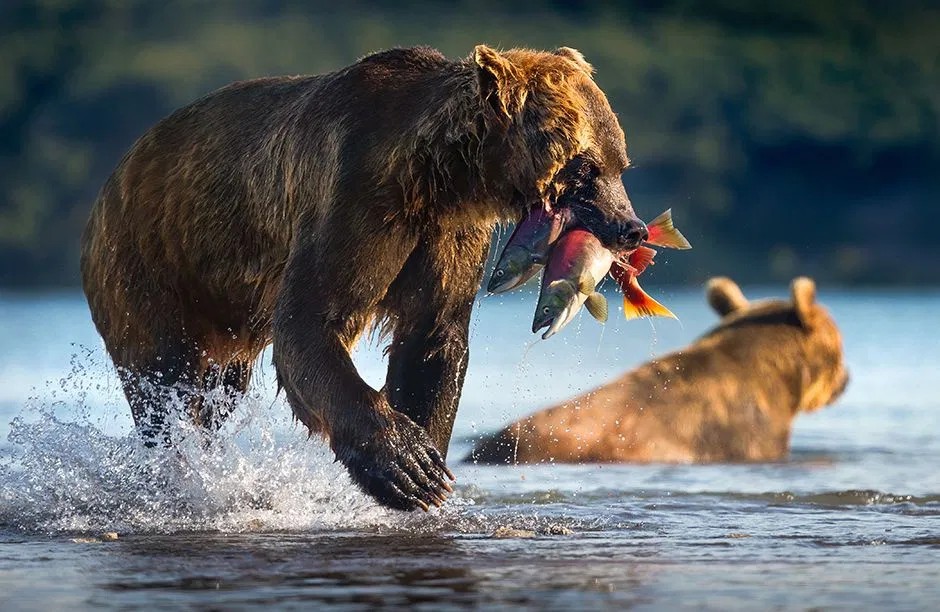 Restless David Attenborough, it seems, has no plans to stop, being in his 94 years a unique example of efficiency and creative longevity. In 2020 alone, 8 documentaries and shows featuring a renowned naturalist were released, and 2021 kicked off with Sir David’s new program, A Perfect Planet, on BBC One.

A Perfect Planet is a collaboration between David Attenborough and the Silverback Films team led by Alastair Fothergill. It was this duo who gave us such great documentaries about animals as The Trials of Life (1990), Life in the Freezer (1993), The Blue Planet (2001), Planet Earth (2006), Frozen Planet (2011), The Hunt ( 2015). More recently, the same creative team worked on the series Our Planet for Netflix.

Indeed, there is a lot in common between Our Planet and A Perfect Planet – both series talk about how the natural conditions, biomes and climatic zones of our planet are perfectly balanced, how they complement each other and support the Earth’s ecosystem, allowing all the diversity of life on it to develop. And how we humans, the most destructive of the forces present on the planet, affect all life around us. Five episodes of A Perfect Planet are dedicated to the natural forces on which life on Earth depends – volcanoes, sunlight, atmospheric phenomena, ocean currents and … people. Actually, the series are still called: Volcano, The Sun, Weather, Oceans, Humans. And if the first four contain many unique shots with the most unexpected “actors” in the lead roles, then the last episode consists of 80% of reusable video and commentaries of scientists.

The remaining 20% ​​of the screen time in the Humans series is devoted to projects that can, if not stop, then at least slow down the negative processes affecting wildlife and preserve the most vulnerable species. In many ways, the theses that David Attenborough and the experts invited by him proclaim in this part of the series repeat the theses that have already sounded in other projects of the naturalist, in particular,David Attenborough: A Life On Our Planet . However, this is just the case when repetition will not be superfluous at all. But back to the first four episodes, showing the influence of four key natural forces on different biomes, and how animals adapt to the most incredible living conditions on Earth.

To be honest, in my life I have seen, probably, about fifty films and TV series about wild nature, and I never cease to be amazed at how diverse and amazing life is and how filmmakers manage to find more and more new species of animals, stories about which can cause a smile or a feeling of sincere empathy among the audience. Gannets and vampire finches living in an amazing and strange symbiosis; not afraid of the scorching sun, Saharan silver ants (runner ants); land iguanas-conolophs laying eggs in the crater of an active volcano and their relatives the Galapagos marine iguanas “grazing” in the stormy ocean; the last wild two-humped camels hiding from people in the Gobi desert; giant mantas, it is not clear how they know the time of the onset of a large tide with an accuracy of minutes, etc. Life is incredibly diverse and amazing. And, by the way, following the example of “Earth at Night in Color” / Earth at Night in Color , this series also shows people standing behind the cameras and ready to do anything for the sake of rare frames. At the end of the first four episodes, you will see short stories about the cameramen who worked on a particular episode, and how they searched for rare animals and equipped the filming locations.

Typically, such materials end up in the bonus section on Blu-ray editions or as separate videos on YouTube, but more viewers will surely see such cuts at the end of each episode. Again, in the very first Attenborough films, shot 60 years ago, people with cameras and microphones were often in the frame.

Judging by the number of wildlife films released recently, documentary filmmakers are struggling to capture the last untouched corners of nature and animals that may disappear in the next 5-10 years. They seem to be telling all of us “look what we still have”, because in the near future this phrase may turn into a miserable “look what we had just recently”. And while in the latest episode A Perfect Planet we are told about initiatives that can still save the planet, the optimism in the voices of the experts seems a little artificial and, as one of them correctly says: “It won’t get any better.” Well, all that remains for us is these series.

As always, in the case of wildlife documentaries, we recommend watching A Perfect Planet on the largest screen in the highest quality available to you. And, of course, better in English, after all, the voice of David Attenborough is worth hearing it, and not the voice acting, no matter how good it is. Another great BBC series about wildlife, we did not expect otherwise