The series based on the works of James Harriott All Creatures Great and Small / “About all creatures – large and small” began to appear in the UK in early autumn, but all episodes of the first season, including the special Christmas one, were assembled only at the very end of December, so consider, that if we were late with the review, then quite a bit. Moreover, it is not at all necessary to watch such series right on the day of release, they retain their charm years later.

The writer James Harriott (in the world – the veterinarian James Alfred White) is still dearly loved in the UK, and in many other countries of the world. His books are on the must-read list of British teenagers and are sure to be found in every home. Harriot was published even in the USSR, however, after cutting out from the text all references to his service in the army during World War II. And, naturally, the works have been filmed more than once.

All Creatures Great and Small

Back in 1975, that is, literally a couple of years after publication, the feature film All Creatures Great and Small was released , in which Siegfried Farnon was played by the future Sir Anthony Hopkins, and in 1976 its sequel It Shouldn’t Happen to a Vet with a new cast. From 1978 to 1990, BBC1 aired the television series All Creatures Great and Small (7 seasons, 90 episodes), and in 2011 a miniseries Young James Herriot about the writer’s youth appeared, based on documents from his personal archive and the archive of the Veterinary College Glasgow. Finally, in 2018, Channel 5 (Great Britain) and PBS (USA) ordered a new series based on the same works of the author – “About All Creatures – Big and Small” (1972) (this is a collection of two books “If only they could talk ”(1970) and“ This Shouldn’t Happen to the Veterinarian ”(1972)). Sir Colin Nigel Cullender’s Playground Entertainment company took over the production, and Brian Percival, who worked on the TV series Downton Abbey and North & South, as well as the film The Book Thief, took the director’s chair.

If you’ve read Harriott’s books (and who hasn’t read them?), Then you probably know what awaits you. A leisurely story full of everyday details about the pre-war Great Britain, the villagers and their habits, their pets and, of course, various cases from the veterinary practice of James Harriott and his teacher and colleague Donald Sinclair, deduced in books under the name of Siegfried Farnon. And although there is a certain conditional conflict in the TV series from Channel 5 / PBS – for example, the “conflict” of Harriot and Hugh Hulton or the brothers Siegfried and Tristan Farnon, it can hardly be called a real confrontation, rather a misunderstanding and the problem of brotherly love in the second case. Otherwise, All Creatures Great and Small is an incredibly kind, warm and cozy TV series about good old England and its ordinary people. And, of course, about animals.

Harriott, or rather James White, entered veterinary training when horses were still the main driving force of the industry and were actively used in the army, and graduated at a time when their livestock in Great Britain fell sharply, giving way to tractors and tractors in the fields and on the roads trucks. There was a colossal surplus of certified veterinarians in the country who had nothing to do. By the way, on the episodes shown in the series, it is noticeable how at this moment, before the war, in civilized countries, the attitude towards animals and veterinary medicine in general is changing. 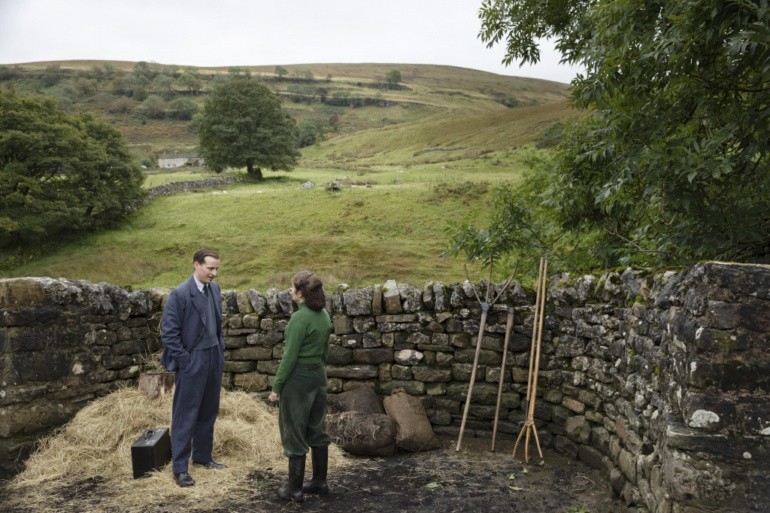 The authors quite accurately follow the events of Harriott’s books, although … I, of course, have been picking up On All Creatures – Large and Small for a long time, but it seems that the episode with the escaped bride was not there.

Playground Entertainment specialists did an excellent job with finding locations for filming, selecting the surroundings and costumes. However, British television people have always been particularly scrupulous in this matter, which is why TV series from the United Kingdom are so historically accurate and textured, sometimes it seems that things on the screen can be touched.

The casting specialists also did a good job, choosing an excellent cast. Everyone from the little-known Nicholas Ralph in the title role, to the experienced Matthew Lewis (Neville Longbottom in the Harry Potter films) and the Honorable Diana Rigg (Olenna Tyrell in Game of Thrones) are in their places and perfectly fit the characters. For Diana Rigg, All Creatures Great and Small is one of the last appearances on the screen, the actress died in September 2020 at the age of 82.

And, of course, the dumb actors of the series deserve attention – horses, cows, donkeys, sheep, dogs, cats, parrots and all other creatures, large and small, that veterinarian James Harriott encounters in Yokrshire. 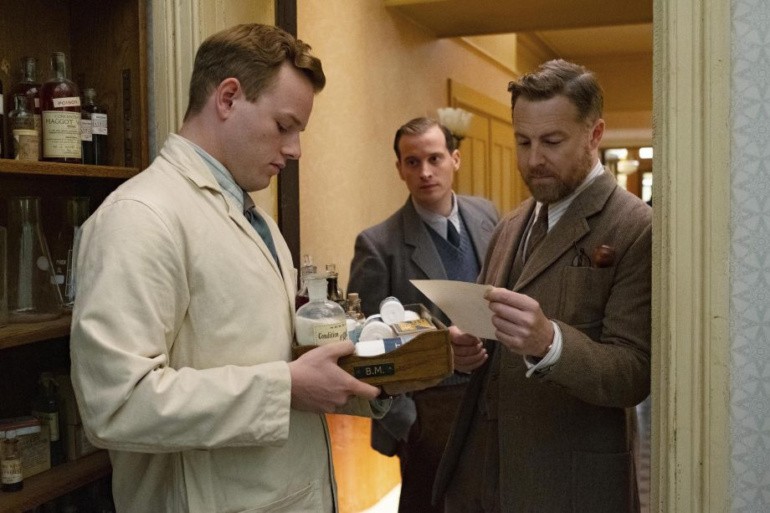 The premiere of the first season of All Creatures Great and Small was timed to coincide with the 50th anniversary of the first publication of Harriot’s books. The series has shown excellent ratings and has already been renewed for a second season. However, as we know, the British shoot with high quality, but very slowly.

All Creatures Great and Small is a great series for watching together, including with children. If you love British TV shows about the early and mid 20th century, we highly recommend it. However, like the books themselves by James Harriott.

The new adaptation of the classic works of James Harriott turned out to be unusually kind and sweet!