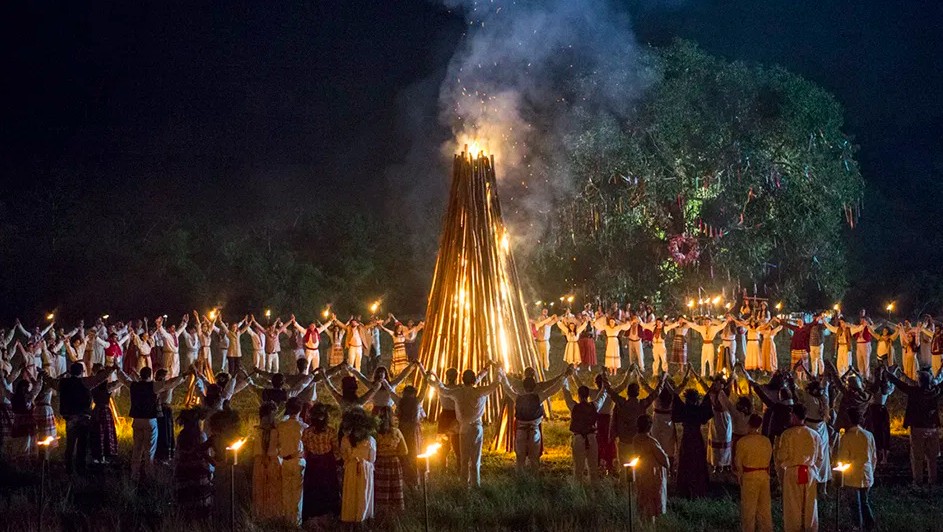 The premiere of “Unsouls” took place in October last year on the Brazilian streaming service Globoplay and, unfortunately, after that the series did not get on more global streaming platforms. At first we see the family of a woman named Giovanna, who has just lost her husband Roman and is left alone with two daughters. She does not understand the reason for her lover’s suicide and moves to the small town of Brigid, where her late husband’s childhood took place. Here everything is completely different from life in the metropolis. Almost all locals are descendants of Ukrainians, so they follow national traditions and do not forget about old legends. For young people, this is just an extra reason to have fun, but the older generation is afraid of witches and believes in mystical powers. Perhaps the thing is that 30 years ago the celebration of Ivan Kupala ended in a tragedy that no one still wants to talk about. But as soon as Giovanna moves to a new place, the townspeople begin to plan the resumption of the pagan celebration of Kupala, not knowing

At first, some folklore elements and a brief description of the plot may resemble the horror film “Solstice” (Midsommar) . But after seeing a few episodes, the series will begin to be associated with the German project “Darkness” (Dark) – such associations are prompted not only by the characteristic screensaver with the final titles. In “Unsouls” the basis of the plot is quite familiar – the characters live in a city where everyone knows each other from childhood. Moreover, they hide the secrets of the past that bind several families together. A new generation is growing up in the town, which is completely different from their parents (and flashbacks say otherwise – all teenagers are similar, and they all gather near the forest). And there is an eccentric boy who is simply unlucky, because he will be the guide of the strangest things.

So at first the series “Unsouls” does not seem original, but the creators of the project have something to surprise. The show’s showrunner was screenwriter Ana Paula Maya, who became interested in the culture of the city of Prudentopolis, where a large Ukrainian diaspora lives. Apparently, the locals advised the film crew, because there are a lot of recognizable and correct details in the frame, although the series did not go without funny mistakes (for some reason everyone is most affected by borsch, similar to cream soup, but no one notices how the script adheres to the Ukrainian position and emphasizes the separation of Ukraine from the USSR and Russia, repeatedly mentioning historical circumstances).

“Unsouls” does not fascinate with a string, so in the first and second series you pay attention only to the Ukrainian details, which sometimes seem funny. Moreover, it is not possible to understand Ivany-Borys-Halyny-Oksany at once, as well as to understand which of them is connected by family ties.

And here’s what’s interesting, over time you get used to it and begin to notice how exactly Brazilian Ukrainians follow the traditions. Almost any teen series has themed fairs, where teenagers are happy to have fun (this is a Ukrainian party for the whole city); there are performances in the local theater (in “Unsouls” the heroes do the same, wearing folk costumes); in the lessons the senior classes discuss and read poetry (unexpectedly beautiful lyrical episode with the poem “Days pass, nights pass” by Taras Shevchenko); frighten each other with scary legends (mythology about the moth); go to parties (celebration of Ivan Kupala, which is like a neon rave). 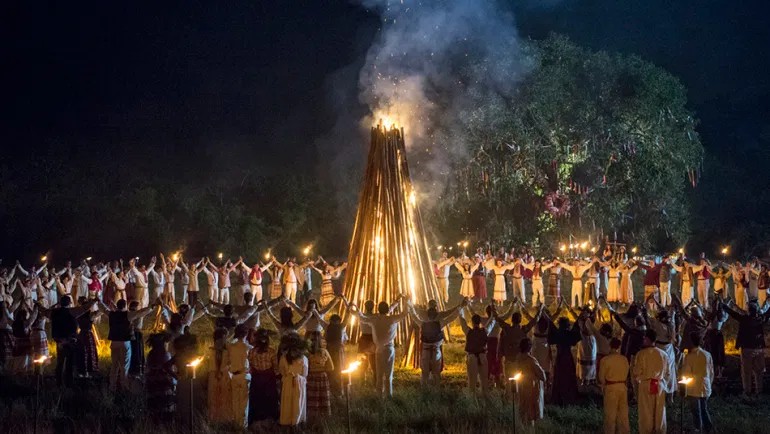 Therefore, with each new series “Unsouls” arouse more and more sympathy, doing what not all Ukrainian cinema can do – they show that Ukrainian culture can be modern and at the same time very harmonious. What’s the point of the song “Unharness, boys, horses”, which is the main musical motif of the series, which the Brazilians sang very calmly and insightfully.

Therefore, “Desalma” do not offend traditions, but on the contrary – make them recognizable and interesting. In addition, the creators of the series successfully complement the mystical plot with silences, fantasizing about the existence of such creatures. By the way, the series manages to be a good horror, hiding the secrets of the characters and creating quite tense moments.