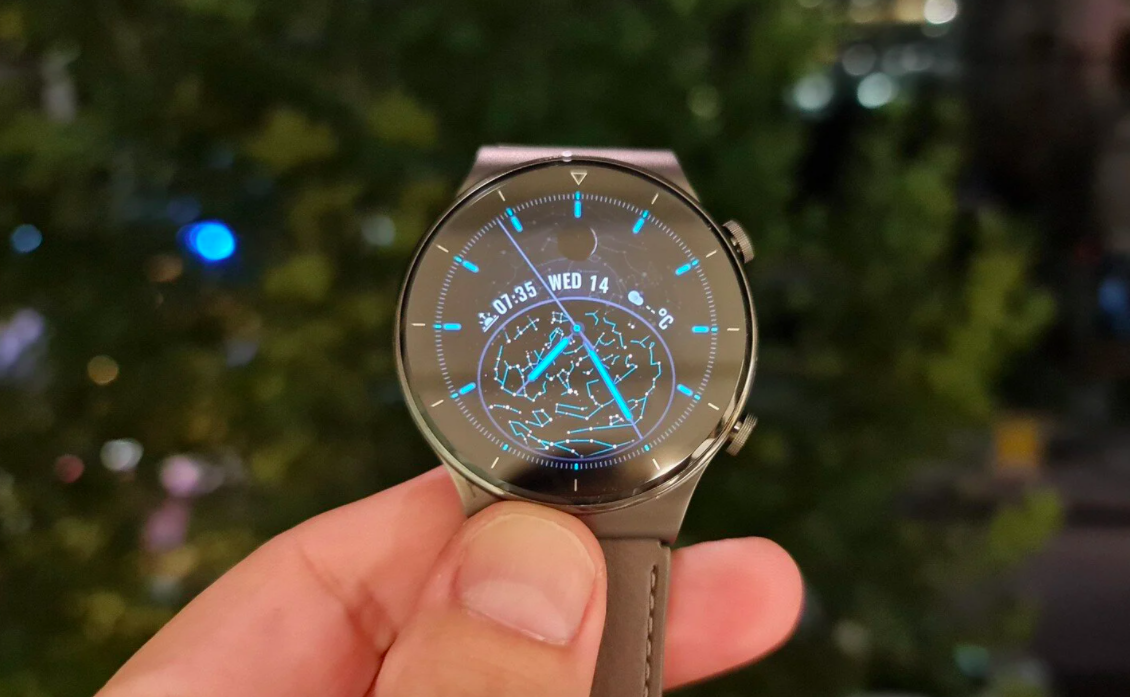 The Huawei Watch GT 2 Pro is one of the most beautiful smartwatches to date. Its not a small watch. On the contrary, with dimensions of 46.7 x 46.7 x 11.4 mm, it does not go unnoticed and is definitely not recommended to those who are looking for something discreet. However, it is quite light and comfortable, which becomes even more important if we take a look at its construction materials.

The body of the watch, you see, is made of titanium, offering top durability and a highly enjoyable feel to the touch. In black and gray (towards brown), depending on the version you choose (Sport and Classic respectively), its smooth surface and unparalleled style will allow it to match your every look – even the most formal . 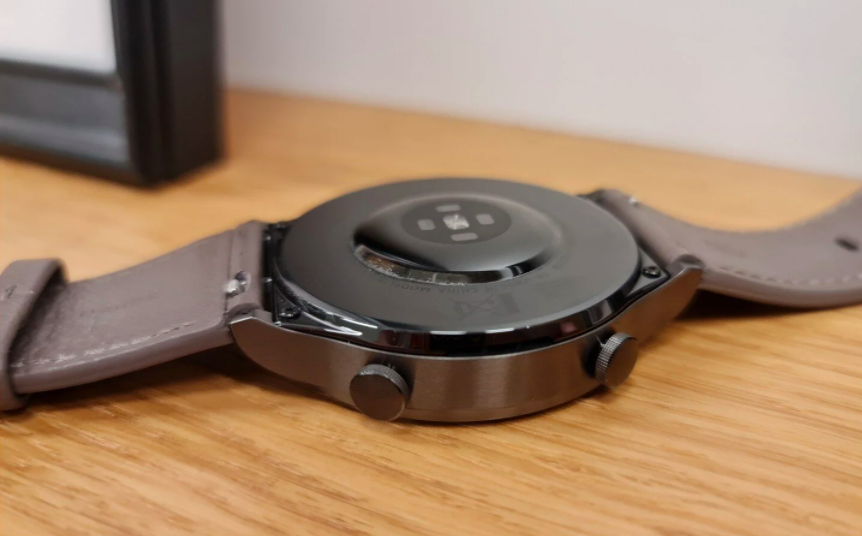 Sapphire, the most durable oxide crystal (sapphire is a variant of corundum which lags only behind the diamond on the Mohs scale that measures the hardness of minerals) has been used for its glass facade, while its back is made of ceramic material. To the right of the Watch GT 2 Pro we find two crowns (they function as keys and do not rotate). We have never seen such a combination of premium materials in a smartwatch.

The screen of the Watch GT 2 Pro occupies its entire front as there is no bezel. This is a 1.39-inch AMOLED with a resolution of 454 x 454 with always-on function and automatic brightness adjustment depending on the respective environmental conditions. The quality of the colors and its operation in general did not leave us dissatisfied, while its response was better than that of the previous Watch models of Huawei and Honor. 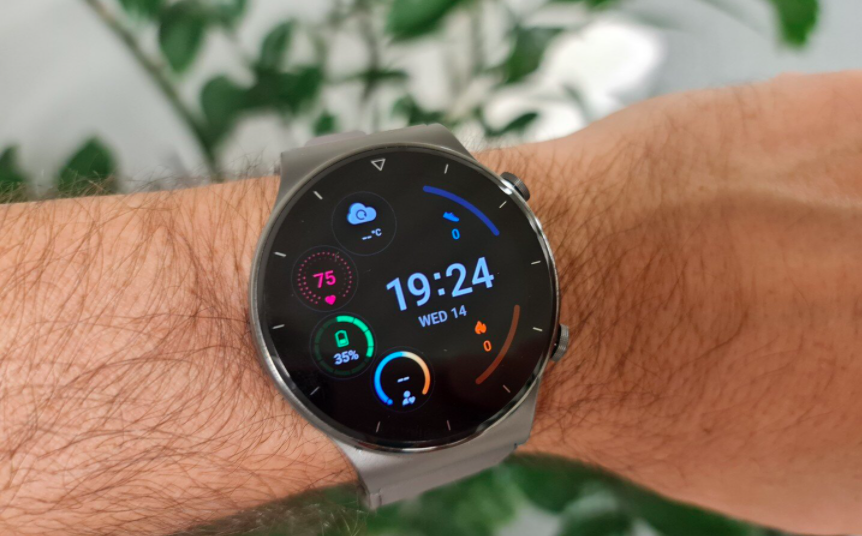 Our only complaint / desire has to do with the size of the screen and consequently the clock. Its dimensions essentially exclude those with a smaller hand, since the Watch GT 2 Pro on a small wrist looks gigantic and relatively unsightly. If there’s one thing to say here, it would be that Huawei could do the same with the Watch GT 2 and launch a second, smaller version of the watch at 42mm.

The Watch GT 2 Pro user experience is smoother than that of previous Huawei smartwatches. It does not reach the levels of the top smartwatches of Apple and Samsung but it is much more enjoyable compared to the past. This can not be due to the technical characteristics of the device as they remain once again the same (Kirin A1 and 32 MB RAM) so all the work has been done on the software and specifically LiteOS. Navigation in the menus and functions of the device is immediate and although as we said before its response is far from ideal, it does not create issues.

Of course once again you have to come to terms with the introversion of the Huawei platform and forget about communicating with other companies’ fitness tracking applications (Strava, Runkeeper, etc.) and interacting with -name and thing- updates. The good thing about the whole case, though, is that the Watch GT 2 Pro does better with iOS and Android, sending more data and supporting calls via Bluetooth – the quality of which pleasantly surprised us. If you have a Huawei device, however, you will also be able to operate its camera from the watch.

The watch works with Google Fit and MyFitnessPal on Android and Apple Health on iOS. To control it you will need the Huawei Health app, with the control of a smartwatch through a health monitoring application to host (Huawei will either have to develop another app for this purpose, or rename the existing one). The watch also has 4 GB of storage space for storing songs. You can listen to them without the need for a smartphone by connecting the Watch GT 2 Pro directly to a Bluetooth headset.

The Watch is able to monitor you in 100 – and a little more – different fitness activities, from the most common (running, walking, stationary bike, swimming) to quite sophisticated (golf, skiing, hula hoop). It even records different data for each. In addition, it recognizes the six types of exercise you do most often, starting to monitor your exercise automatically without delay.

Quite interesting is the Route Back function that will take you back to the starting point of your route using only GPS. The watch keeps you informed of bad weather and sunrise / sunset times, has a compass and can be used both in the pool and on the high seas. In terms of monitoring, heart rates are supported (with improved accuracy compared to the Watch GT 2 and most smartwatches on the market in general) and SpO2 to monitor the levels of oxygen saturation in your blood. There is a possibility of sleep assessment with advice, information about tachycardia and reminder of movement and breathing. 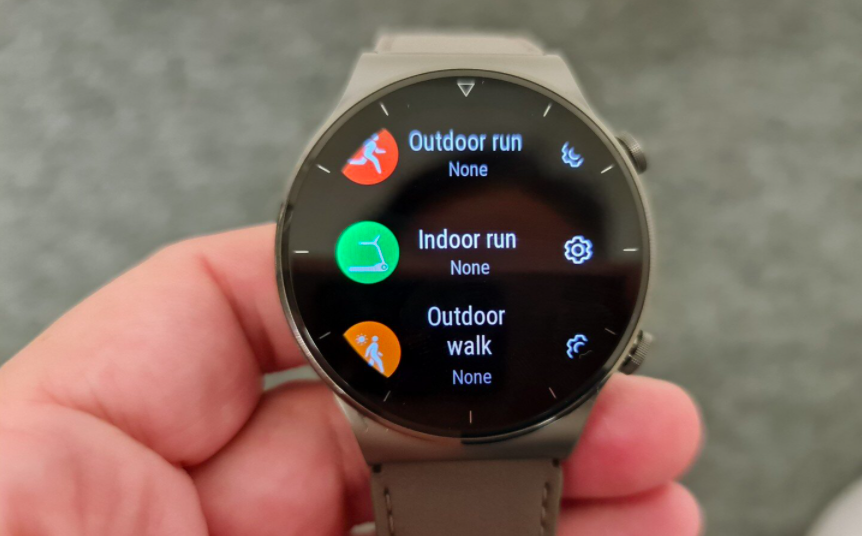 Huawei promises two weeks of autonomy, which does not correspond to a realistic scenario. With the always-on option of the screen, daily exercise using GPS, heart rate monitoring, sleep assessment, regular SpO2 measurements and a standard daily volume of alerts, the device lasted a little over a week. Again, we are talking about impressive performance, just much lower than the expectations created by Huawei in any case, but other manufacturers will have to take lessons in this area from the Watch GT 2 Pro.

However, we were thrilled with the wireless charging support without having to carry a weird charger with us. We charged the Watch GT 2 Pro battery using various Qi chargers, even smartphone devices, which is very convenient in case the user runs out of battery while on the road – no cables, nothing! And yet this is a piece that we would like other manufacturers of smartwatches to “copy”.

The Watch GT 2 Pro is a device with significant differences compared to its predecessors. The top quality of construction and its amazing aesthetics make it one of the most attractive proposals on the market (its premium construction is reflected in its higher price compared to the other Huawei Watch), but despite its improvements, LiteOS and the obsolete no longer chipset fatally limit its capabilities.

As for the price of the Watch GT 2 Pro, it is expectedly high (€ 329 at the time of writing), but Huawei is “running” several offers, which makes its purchase more advantageous.