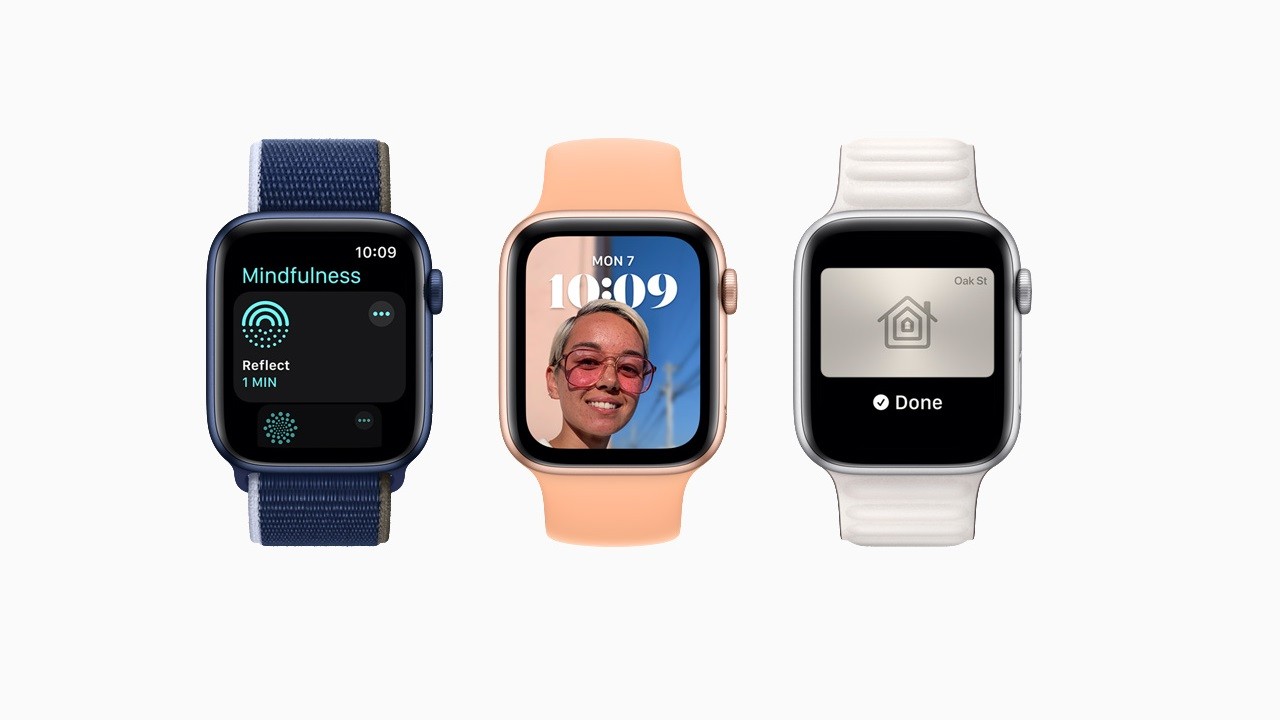 Although the main protagonist of  WWDC21 has been  iOS 15 , the opening session of this Conference for Apple developers has given more of itself and has put on the table all the news of iPadOS 15, macOS Monterey  and also of  watchOS 8 , precisely which we are going to talk about at length in this article.

Apple’s smartwatch operating system is updated with new features focused especially on access, concentration, connectivity and physical activity, as well as a little face lift that is always welcome. Keeping the user  active, healthy and connected has been the goal of the team of engineers responsible for watchOS 8.

Wallet: much more than a payment tool

Possibly you are one of those users who still think that Wallet is simply the place where you register your credit or debit cards to pay with them with a simple turn of the wrist. And while you are not wrong and this feature has undoubtedly made life easier for Apple Watch owners  , now, with watchOS 8, its benefits are multiplying. The Cupertino company expands its possibilities and now allows  access to a place in a safe and secure way. Thanks to the ultra-wide band support, you can open the car and start it without taking the key out of your pocket, but also “keep” your home, office or even hotel room keys on your watch. The doors of these places, which must be previously registered in Wallet, will be opened by simply touching the clock. In addition, it is also expected that by the end of 2021 the identity document can also begin to be saved, although it seems to be a feature that, for now, would be reserved for the American public.

One of the greatest benefits of these Apple smart watches is their excellent performance as a physical activity meter. Precisely in watchOS 8 we find even more improvements in this field, with  two new types of exercises: Tai Chi and Pilates . Now, the user will be able to obtain precise metrics thanks to the combination of personalized movement and heart rate algorithms. But, in addition, a new feature has also been incorporated in sleep monitoring that will help to obtain more precise data. Through the accelerometer, measurements of the respiratory rate will be taken during sleep , that is, the number of times the user breathes per minute when asleep. The information will also be collected in the Health app.

Until now, we knew the Breathe app on the Apple Watch. Now, it transforms into Mindfulness and adds a new type of session,  Reflect . With Reflect, it is intended to help the user focus in minute intervals by focusing on a positive mood. In the sense of attention and concentration, we can also highlight the  integration with the Focus that we have on our smartphone . It is also capable of giving recommendations to offer a better user interaction with the watch and, thus, get more out of it without distracting our attention.

Although the novelties at the design level are quite discreet, we do see changes, for example, in the  Home application , which now offers more comfortable access to certain necessary scenes at a certain time, in addition to incorporating an Intercom to be able to transmit messages to other devices in the house, for example, the HomePod in the living room or the HomePod mini in the bathroom if we want to communicate with someone who is in another room or send an order to the devices connected in those rooms. As for the watchfaces, there are changes especially in the Photos, the most popular, according to Apple, among users. New ways to interact with your favorite photos are added. In addition, the Portrait sphere is added  , which allows you to create effects in photos taken with portrait mode.

Also, more Always-On compatible applications are now added  , such as Maps, Now Playing or Mindfulness. In this way, we will have our favorite apps always in view and easily accessible on our wrist.

Other news: from contacts to timers

Although these are the highlights of watchOS 8, there are also other new features that are worth mentioning. For example, the Contacts app is now included  on Apple Watch, so contacts can be easily added, edited, and shared from within the app.

Now several timers  are also incorporated  to which we can add labels through Siri, for example, Kitchen Timer, Work Timer, among others.

The Weather app  can now issue severe weather notifications, including government alerts in very important cases, as well as alerts for upcoming rainfall or other weather complications.

Last but not least, we want to highlight the new use of  AssistiveTouch. What does it consist of? It is about the possibility of using the Apple Watch with a single arm to be able to interact with it without touching the screen, through the recognition of simple gestures. Thanks to the integrated motion sensors, calls can be answered, among other actions. In this way, the use of the watch becomes even more comfortable and that true “hands-free” utility is achieved.

When will watchOS 8 be available?

The developer beta that is available to members of the Developer Program is now accessible  at this link . On the other hand, next July the public beta will be available, which can be accessed from  this other link , although the exact day on which this will be possible has not yet been confirmed.

The stable version will arrive next fall (date also to be determined) and will be available on any  Apple Watch Series 3 or higher that is paired with an iPhone with iOS 15 (iPhone 6s onwards).

You can check all the news about watchOS 8  on its official website .

In preparing the article, materials from https://www.giztele.com/philips-326p1h-video-opiniones-analisis/ were used. Visit article here.