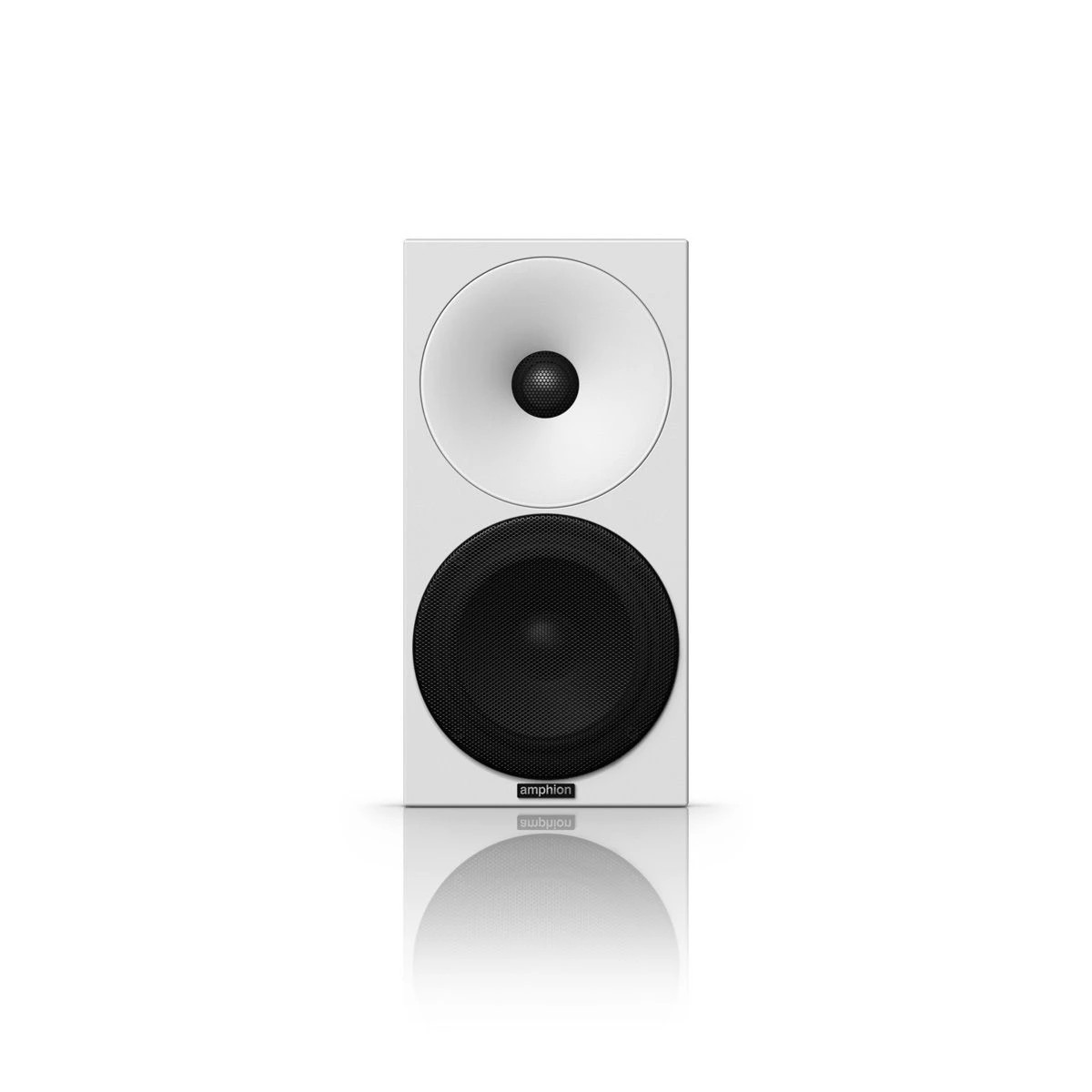 Amphion Helium 510 is a two-way speaker system. If you look at its characteristics (which we will talk about in detail a little later), then you will not see anything special there. In terms of design, the Amphion Helium 510 also looks pretty standard. However, looking at the cost of this acoustics in $ 1000, you may wonder what it is justified – and we will talk about it later.

The reality is that the Amphion Helium 510 is much more interesting than the specs of this model would suggest, and the manufacturer itself is quite unusual. Unlike many competitors, Amphion started out as a home speaker and then expanded into the professional market.

Of course, the story of the brand is great, but for us it is much more important how the acoustics sound. Are these compact speakers a modern classic that balances the precision of the professional world with the sophistication of listening to music at home, or are they just another bookshelf speaker? It’s time to find out. 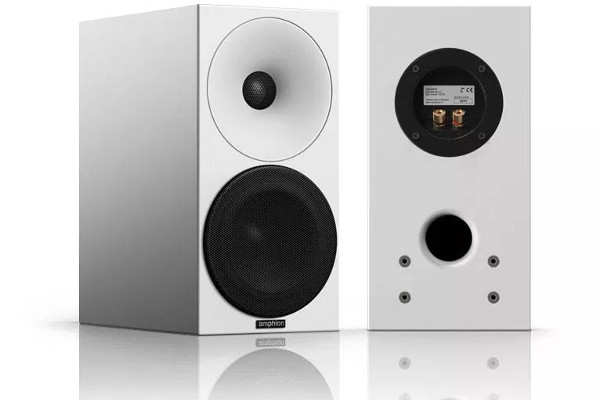 In almost every our review, a new Hi-Fi term appears that requires a separate explanation. In the case of the Helium 510, this term is “sound guide” . So, before we start using this wonderful word, let’s find out exactly what it means. Quite simply, this is a recess in the front panel of the speaker, into which the tweeter is placed. Its purpose varies from brand to brand, but essentially the idea is to direct and control the sound waves generated by the tweeter. High frequencies are a subtle matter, and by helping them propagate, the sound guide provides a more uniform and stable tweeter pattern.

For the Amphion Helium 510 acoustics, sound guides are important, and the company has never released models without them. In this case, the sound guides are carefully calculated for each speaker. Suffice it to say that the shape and depth of these sound guides are certainly not chosen by chance or purely for aesthetic reasons.

The tweeter in the center of the sound guide features a 25mm titanium dome protected by a small grille. This is almost standard equipment on almost every Amphion speaker. The tweeter is paired with a 133mm woofer with a soaked paper cone – a slightly unusual, but not unique combination that is used in the Helium 510. An unusual aspect of the implementation of these speakers is related to the choice of the location of the bass reflex outlet on the rear panel, which is located directly behind the woofer … According to the company’s engineers, this made it possible to make the speaker work especially efficient at low frequencies.

In addition, the Helium 510 has a relatively narrow and deep body, which gives the speaker an unusual appearance, but is also fully functional. The most remarkable design feature that you notice when using the speaker is as follows. Since the bass reflex port is located on the rear panel on the same axis with the woofer, the connector block is higher, in fact, on the same level with the tweeter. However, this does not cause any difficulties. 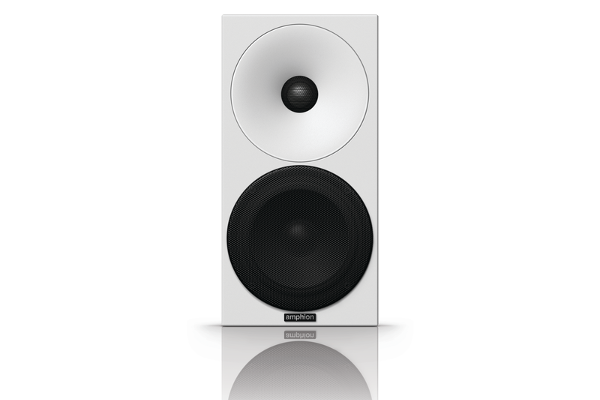 In general, the Helium 510 design provides the declared frequency response in the range from 48 Hz to 25 kHz and a sensitivity of 86 dB / W. This is exactly what you would expect from a speaker of this size. The sensitivity indicator, perhaps, deserves some comment, since in my opinion it is a little pessimistic. In fact, the Helium 510 is no more difficult to drive than any other speaker in this price range, and an amplifier like the Rega Brio will do just fine (but this will be the minimum power requirement).

The Helium 510 is commendable in terms of design too. First off, while the speakers in our review have a black and white finish (I’ll never love white speakers, but I have to admit they look really good), there are also black, all white and white options with black meshes (and white waveguide). finishes. Then, if that’s not enough, you can order the mesh and sound guide in gray, red, blue, turquoise, purple, green, yellow and – yes – brown. The smart decision is that having a large number of speaker finishes is tricky for manufacturers. But with only two basic colors of the case itself and changing the color of construction details, Amphion easily offers a staggering number of options for the exterior design of the acoustics.

The Helium 510’s features don’t end there. The speaker has a full-length safety net and can be equipped with an optional wall mount. Equally important, the Helium 510 is really cool built. There is nothing ostentatious in the external appearance of the speaker, but the acoustics look very solid, creating a feeling of their exceptional durability.

How was the Helium 510 tested?

The Amphions were used primarily with an ATC SIA2-100 integrated amplifier and a NAD M10 in the same system, both connected via an IsoTek Evo3 Aquarius network conditioner. The system included SOtM SMS-200 Neo operating as a Roon endpoint and connected to the PBX, LG 55B7 OLED connected via optical output and HDMI ARC, and a Michell Gyrodec turntable powered by an AVID Pellar phono stage. Test material included FLAC, ALAC, AIFF and DSD files, TV programs and vinyl. 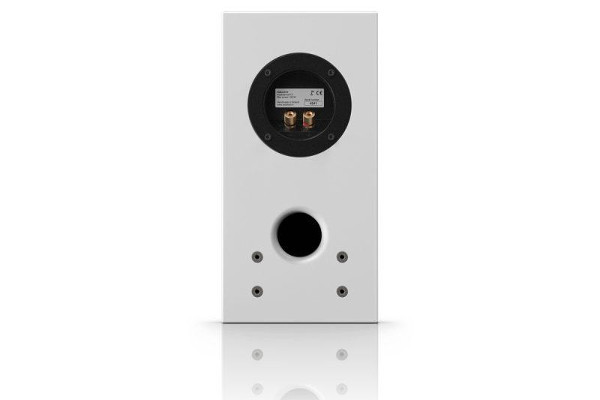 Let’s start with a question of personal preference. I understand the appeal – at least on paper – of using professional speakers in a home system. In a multichannel set, where the main thing is the soundtrack of films, I would prefer them myself. As for the two-channel sound, the decisive role here will be played by music, which forms the basis of the average library. A true monitor, working as it was intended, will mercilessly show you all the flaws of The Doors, recorded in a rush in 1966, on the hardware and standards of the time.

I just want to enjoy the music that I love. Amphion offers a breathtaking balance between home and studio technology, as it transitions from one to the other. The way the speakers play Break on Through perfectly demonstrates their character in just two minutes and twenty-eight seconds. Helium 510 accurately shows the limits of the quality of musical material, but they do it so delicately that the sound does not cause any rejection. Helium 510 is one of the true masters of balancing what you need to know and what you can do without.

It is not easy to figure out why this is so, but there are some hints in the design of the columns. First, it’s a sound guide that really works. The Helium 510 is not demanding in placement, but if you pay a little attention to it, the sound image is impressive. At the same time, the area of ​​its full-fledged perception will be wide, and the scene itself will be extended not only from left to right, but also in depth. It is rare to find compact speakers that provide such a spacious sound image, and, equally important, fully perceived in a very wide area.

The bass sound of the Helium 510 is also quite impressive. The Amphion doesn’t have as much bass as most competitors with similar prices and sizes, but the speed it has is amazing. If you hear the Helium 510s handle fast and deep bass in Prodigy Get Your Fight On, for example, you might be wondering why the location of the bass reflex port directly behind the woofer is not more common. Provided you mount the speakers at least 15cm from the wall, the Helium 510 will reward you with impressive bass.

Most importantly, the speakers sound very exciting. It is the ability to make any piece of music sound so that it becomes light and easy to understand. On a track like 2BU from Wild Beasts, with powerful drums in the first minute, many speakers start to sound harsh, but not these. During testing, I listened to a variety of musical material through the Helium 510, but nothing could bring them out of balance.

The work of the speakers when playing the soundtrack of TV programs is no less effective. I enjoyed watching the series and several TV shows, which were accompanied by powerful and dynamic sound. The ability to shape a wide soundstage has provided an immersive experience that is not always available in stereos. At the same time, the dialogues sounded very intelligible and were precisely inscribed in the general space.

So what’s the catch? Depending on how you are going to use this speaker, it may not actually be there. The sound character of the Amphion Helium 510 will allow you to determine the quality of the electronics connected to them. So, the speakers can work with a limited input power, but it will be audible. In particular, the Amphion sounded great with the ATC amplifier, and a little worse with the NAD. If your electronics has some features that you don’t like, it is very likely that the Helium 510 will let you know about it, rather than fix the problem. Like a few good speakers we’ve tested recently, the Amphion Helium 510 is a guiding star in every situation.

The Amphion Helium 510 is a very enjoyable experience. Amphion goes its own way in creating acoustics and all its constructive solutions pay off with high-quality sound. The Helium 510 is not a cheap speaker, it is made in Europe, which also affects its cost. She needs the rest of the system components of the appropriate level to show her best qualities. But if you meet all of its requirements, then the Helium 510 is a real star. This speaker brings some of the trappings of professional sound to the home environment and has little to no downside. We highly recommend!