Bowers & Wilkins 803 D3 Review • An investment that will last for years! 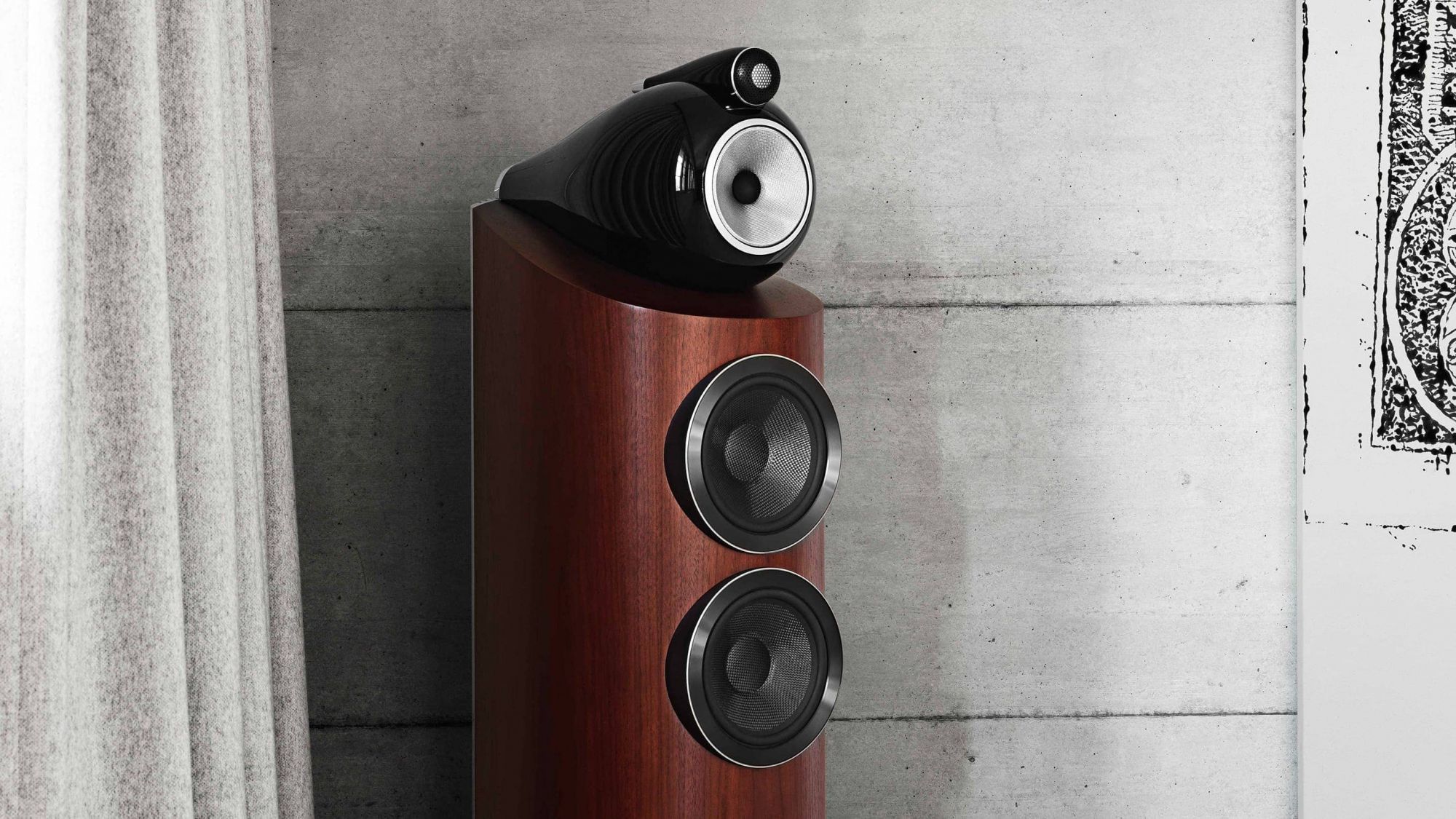 In 1979, after three years of intensive research, B&W came up with the 801. A three-way speaker with a 12-inch woofer and a typical “three-story” cab that quickly became a reference for many.

In fact, 801 had taken a position in the studios of Abbey Road as a monitor, this to let us know that most albums of the ’80s were mixed based on the sound of B&W 801.

This success of B&W continued even later when he created an entire series based on 801, which was named as the next series 800.

The story goes that the idea for these speakers dates back to the late 1960s, from the almost forgotten DM70 monitor.

It was a curved front speaker with an arched electrostatic panel at the top and a 12-inch woofer capable of going down to 450Hz. Also in that 801 B&W used Kevlar, which later became fashionable by many manufacturers, that yellow knit in the speakers of the middle (midrange).

The years passed, he came in 1986 and with him the Matrix 800 that many still mention. It was a very high speaker, almost two meters, that had two woofers, one low and one high in its cabin. Internally there was a special structure (matrix) so that the cabin has a high coefficient of rigidity.

In 1998 the Nautilus 800 was introduced where the cabin took on a rounded shape, the top became almost like a sphere (head) and the tweeter was outside in its own space. Of course in all this we can not fail to mention the iconic Nautilus, a 4-way speaker with a spiral shape that looks like a “snail” and is still in circulation. 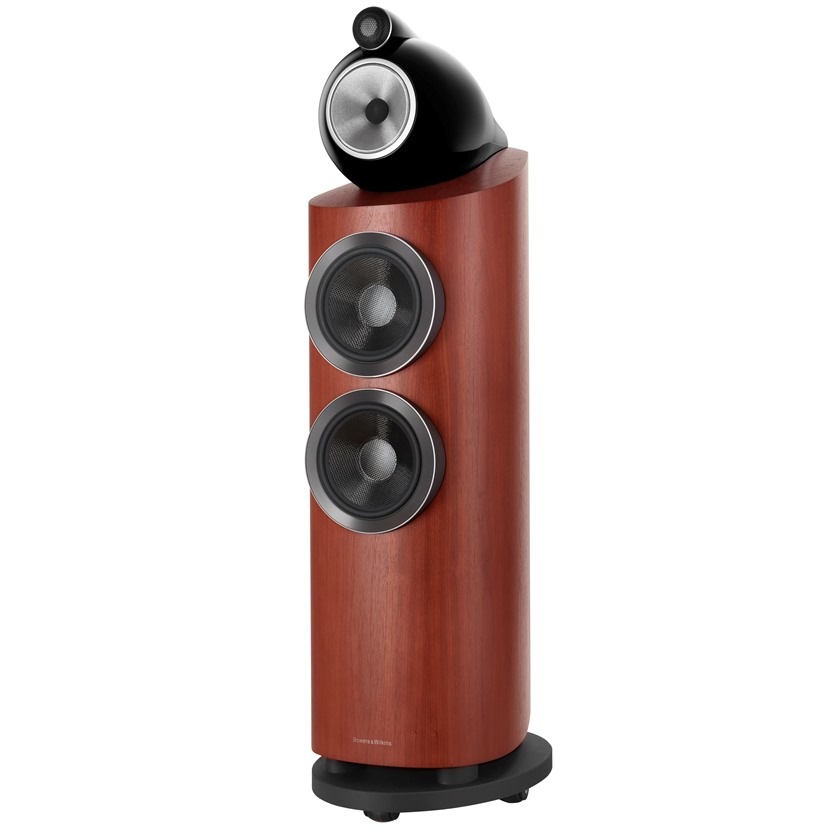 For the development of the new 800 D3 series, B&W used many new measuring programs and laboratory instruments, as all manufacturers have been doing lately. Common place of the new series in relation to the previous one is the diamond tweeter dome and the terminals. Everything else is new.

The changes are that the Kevlar in the midrange is removed and replaced by a new “fast” material called Continuum (continuous). It is a metallized material that contains fibers of different polymers and is produced in diameters of 13, 15 and 16.5 cm.

The Continuum cone has the ability to control critical frequencies so that it does not act as a piston. This material is not yellow but gray silver. In fact, B&W in the presentation of the new material, showed laser measurements where the differences between Continuum and Kevlar are outrageously large.

The tunings, while in the Kevlar appear on its surface like water ripples, in the Continuum cone “run” only at the beginning and then “drown”. So big is the difference… at least with the instruments.

The Continuum cone midrange is mounted on a turbine-shaped cast aluminum cabin that is acoustically dead, ie without resonances. Above is the tweeter, which is the same as the previous series, with the metal tube of the housing acting as a compression chamber.

It is now made of a solid aluminum -not zinc- for increased mass so that we have better control of the highs, removal of the temperature that is produced but also improved decoupling. The woofer is also different.

The new cones for the low ones are made as sandwiches, two layers of carbon fiber “hold” between them a layer of synthetic foam. 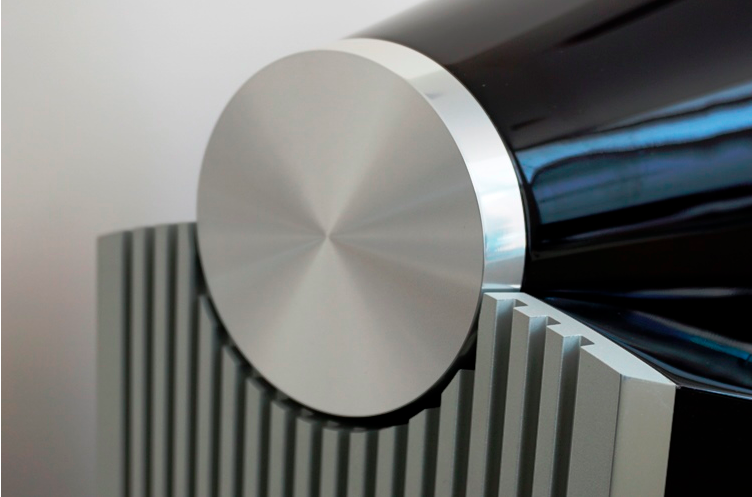 The name is Aerofoil and it is a lighter and extremely rigid – even a human can step on it without breaking – in relation to the previous series, cone. Observers of the new series will find that the speakers now appear to be mounted on the rear of the cabs of the previous series.

They look like this, of course B&W has developed new techniques for the construction of the cabin, which has a “drop” shape, so that it does not warp and has a linear behavior.

This process enhances the rigidity of the cabin. The binding is made of aluminum and steel and the speakers are directly connected to the Matrix structure. At the back there is a piece of aluminum that looks like a heatsink of a final amplifier.

This houses the crossover, a filter that is fully developed and not on a board. The new series also has a new base of aluminum and zinc for mechanical increase of overall rigidity. It also houses a set of rubber wheels that facilitate the movement (and protection of wood floors) of the speakers and a set of strong pins. 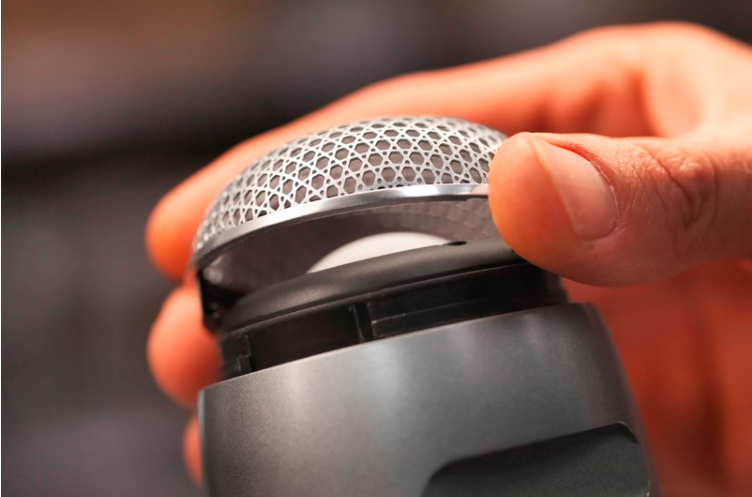 The series consists of the small 805 D3, a two-speaker speaker that costs 6000 euros, a price much higher than the previous model which, therefore, does not lose its value.

Then we have the 804 D3, a three-way speaker with two 6.5-inch woofers at 9,000 euros per pair, when the equivalent of the previous series had 7,000 euros. The significant price increase is reflected in the speaker innovations. 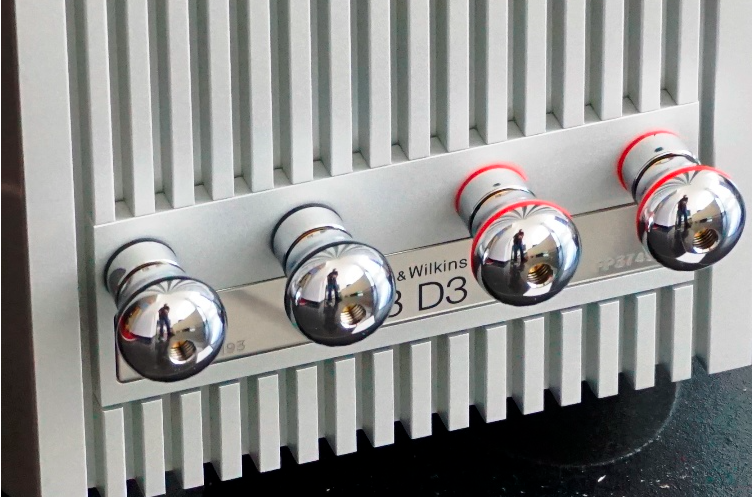 The 803 D3 is a huge leap forward compared to the previous 803 D to the point where it is in direct contrast to the 802 D. The two woofers ensure an increase of more than 2/3 of the octave linear response at low frequencies, no only in relation to the 803 D, but even in comparison with the older models 802 and 800. As a size it does not differ much from the previous model, but its weight increase that reaches 65.5 kg is remarkable.

The 803 D3 is referred to as “a true professional studio monitor for home use”. The new speaker sounds louder as it has a sensitivity of 90dB, bass range, while the sense of cleanliness and “silence” are impressive, elements capable of projecting the micro-details. 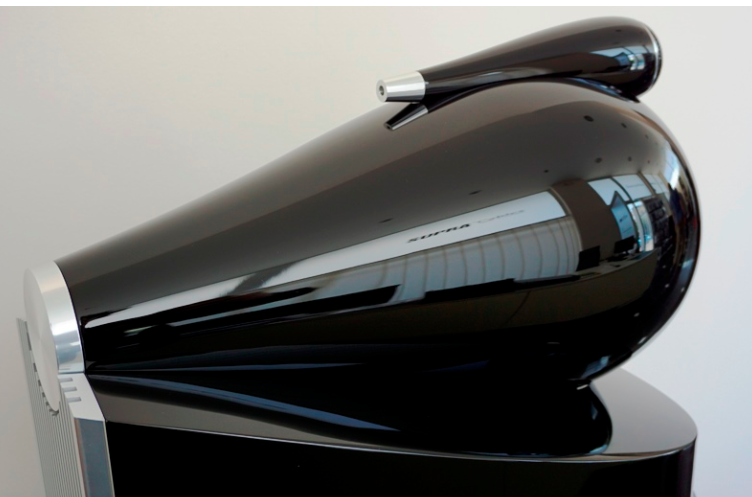 Also spectacular is the spatial representation of the recording, the sound scene. The sound turned out to be much more transparent with fullness, control and power on the bass. In works with instrument combinations, the speaker sounds wide and beyond the lines and reminded us of that feature that the 800 always has.

A pleasant sound that makes the music content easy and instantly manageable for our ears. It has a remarkable expressive power in brass both in symphonic works and in jazz.

The speaker is not bothered by the kind of music we listen to. They convey with great comfort the drama, the tensions and the abrupt ascents or the silences of an opera, but also make you literally hold your breath for the benefit of the music. There are issues of hardness, looseness, not brightness.

Its low is in depth as complex as the information is, it flirts with 20Hz. It deepens the music and gives fullness, as well as tonal balance, energy dissipation and naturalness.

But what makes it stand out is the speed and the way it follows the music, almost simultaneously with the source. Its construction leads it to work like this, the loudspeakers are always ready and armed for the next sounds, they do not delay and do not widen with the previous ones.

You close your eyes and in front of you there is an energy explosion, an action that releases energy that upsets you, puts you in rhythm and you end up without wanting to rhythmically hit your foot on the floor.

Especially with high resolution recordings the speakers are able to “run” at flac and DSD speeds. Of course, in order to drive them properly, one must have sufficient electronics. B&W with the new series proves that there is a field of glorious brilliance for the further development of the speakers.

An investment that will last for years…