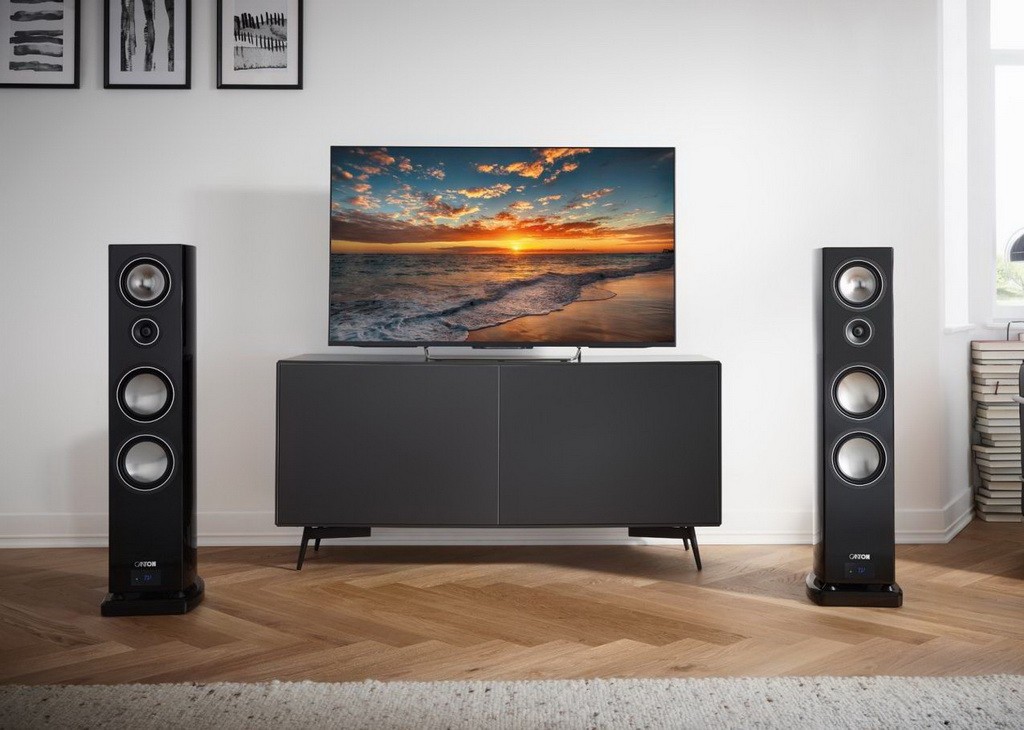 The multiple input interfaces of the Canton Smart Vento 9 Active allow virtually any device to be connected directly to the system: analog balanced XLR and RCA line inputs for connecting classic sources, while using the USB input with an XMOS driver guarantees High Resolution quality playback. You can connect a TV, Blu-ray player or any other player directly using optical or coaxial input. Acoustics with built-in amplifiers always cost significantly more than passive analogs. But in this case, the “active additive” increased the price tag by no more than a third, and expanded the functionality at times. Right now, based on these speakers, we will launch a powerful multichannel audio complex. And for this we do not need anything except the source!

It is no coincidence that we took one of the pictures with a completely empty rack for equipment – the new German Smart-acoustics really allows you to exclude a number of complex and expensive components from the projected audio system and thereby get serious cost savings without any downgrade in sound class or reduction in capabilities. I will return to the financial side of the issue, but for now I will introduce in general terms the very idea that Canton began to offer. 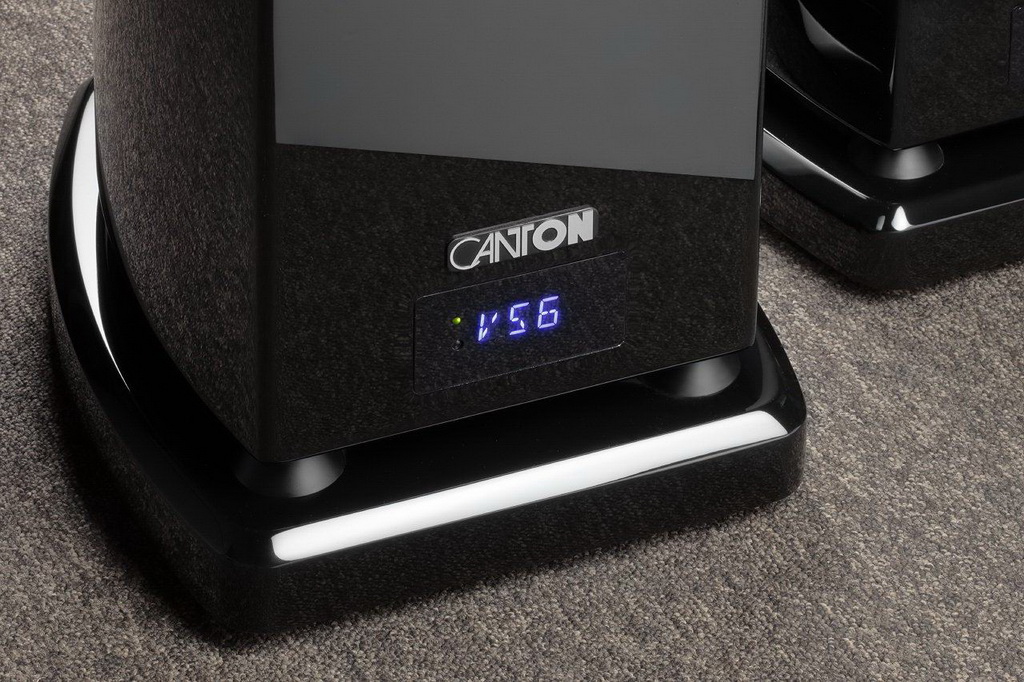 So, under the name Smart, the company plans to release in the near future a whole family of components with unusual functionality. By the way, it should not be considered as just another line of acoustics in addition to the existing ones. The new series does not show signs of an independent “horizontal” model range, but rather a “vertical” expansion for systems of very different prices, classes and purposes.

The first signs are Canton Smart Vento 3 active shelf  units, with whom we have already met, and here are these solid floor “nines”. The plans include the release of a Smart subwoofer, small Smart satellites and a Smart soundbar. The debut of the universal Smart Switch Connect 5.1 is also expected, which will provide connection of various sources via HDMI and wireless interfaces, as well as, possibly, centralized control via a mobile application, multi-room and network functions (full information about the new product is still kept secret). In the future, such a unit will perfectly complement our minimalist equipment rack, where there is still nothing but Smart-TV, and a conventional system with familiar amplifiers and passive acoustics.

What does this decision promise? First of all, laconicism and ease of use, which are so appreciated by buyers today. No clutter from the equipment, a minimum of cables, the simplest start of the system for playback … I called, say, a player in a smartphone – the music started playing. I switched on the TV with the remote control – the equipment itself switched to the soundtrack of the TV programs. I went to an online cinema or asked for a video file uploaded to some medium through the menu – the playback of the surround and all the effects immediately turned on, and not anyhow, but not worse than in any advanced home theater system. True, Smart technologies today introduce some limitations in compatibility with the most advanced 3D sound formats, but many clients do not yet strive to complicate their system by adding high-altitude channels. 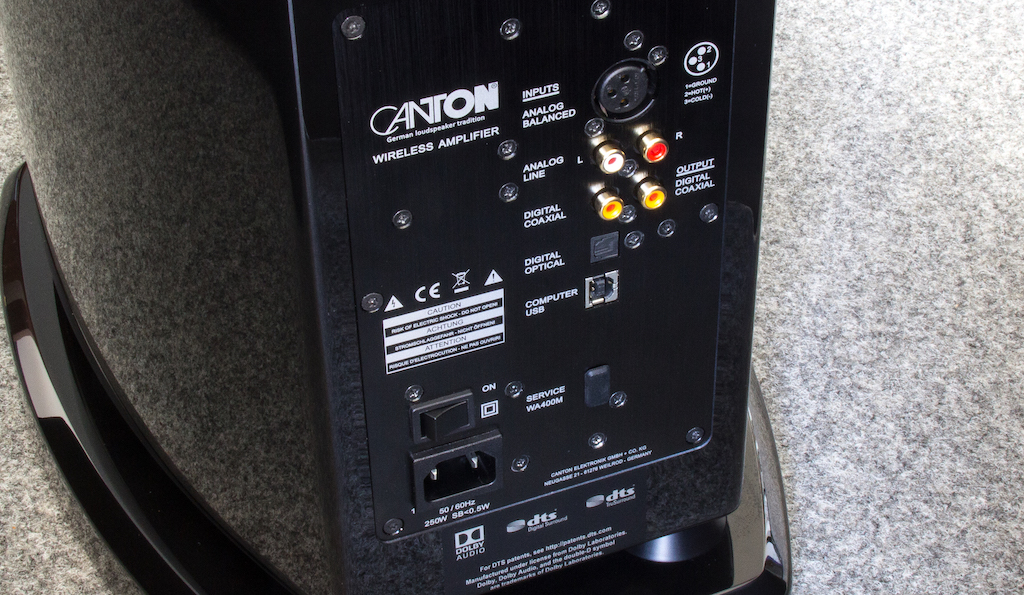 In our case, a TV and a smartphone are enough to get a powerful universal system for movies and music. As well as “triplets”, floor standing Smart Vento 9, made, however, already on the basis of the most powerful and largest models in the Vento series of the second generation (differ in modernized titanium woofers and ceramic tweeter), offer a lot of switching options. These speakers can be used as normal powered monitors by feeding an analog signal from a pre or source with variable output to the RCA or XLR terminals provided on each speaker – both on the master “master” and on the slave model.

And last time we made sure that this option is perhaps the most musically advanced – the same sound quality is achieved as from professional studio monitors. You can also use digital inputs (coaxial or optics) – this option will become the main one for our setup, since it allows you to connect a panel and, if desired, a BD-player without hassle (cables no longer need to be connected to each speaker – it is enough only to the “master” ). Finally, there are options: triggering a signal from a computer via USB or from any mobile gadget via Bluetooth. This is how we already get six sources in total – all are selected from the remote control from the speakers.

With its help and not too informative “three-digit” LCD, which is on each speaker, you will have to perform the initial setup process, which, frankly, is not easy to do without instructions and due attention. However, this procedure is performed only once, and in fact, it is much clearer than that frightening “tree” of the entire algorithm that is depicted on paper. For example, the most difficult procedure for wirelessly pairing speakers into a multi-channel configuration is done stupidly in steps: turned on the master speaker, called the pairing mode and assigned the channel, then turned on the second speaker and assigned its channel, then repeated this with the third “slave”, with the fourth, etc. .d.

Since the Canton Smart-family is based on an 8-channel digital platform, one “master” can “distribute” the signal to seven more active systems, and you don’t need to think about matching the crossover frequencies – this is done systematically, without your participation. It remains only to set the levels and the actual distances to the speakers.

As a result, connecting and configuring the entire system takes much less time than a traditional multichannel system with a set of passive acoustics and an AV receiver, which, as a rule, begins with the dreary process of connecting all speaker cables, a long walk through the multi-line menu of the bass manager and ends with a multi-stage auto-calibration procedure with subsequent correction. In our case, we do without the above at all.

You can also calculate the savings: we cross out from the budget the cost of all speaker cables, spatulas and “bananas” for them, as well as the cost of the AV receiver itself and, as further listening showed, the subwoofer too. since the Smart Vento 9 is being replaced twice and to an exhaustive extent. In sum, this is a lot of money! According to first estimates, no less than a hundred thousand rubles. And if we take into account the 600-watt bridge amplifiers in each “nine” and focus on a receiver with an equivalent power, then probably all two hundred will come out. 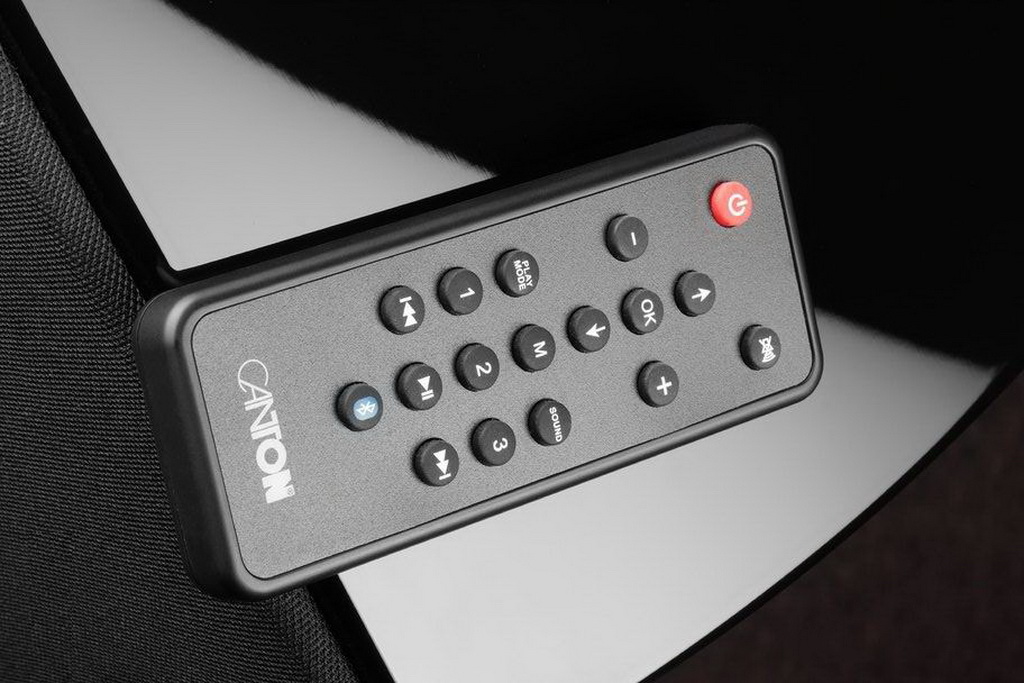 In our test system, we used only four channels, putting a Canton Smart Vento 3 on the rear and leaving the center channel virtual. And they did not regret it at all – the DSPs built into the systems perfectly distinguished the voice range and formed a clear legible center. The very same acoustics differs in that it has excellent dynamics and linearity. The balance is exemplary: rattling, shooting and whistling effects are expressive and dynamic, but not “overcooked”, all volumetric elements of the surround are added to a uniform clear picture behind you,

Again, I note that all this was achieved without a subwoofer, without a physical center channel, and even in a fairly large room that did not differ in serious acoustic processing. I also note that the system version we tested would be perfect for sound recording and small conference rooms, for which the TV panel only needs to be replaced with a presentation projector. Minimum components, quick deployment, no wires underfoot, excellent results … I will not delve into the subtleties of reproduction in all the remaining variants of using the AU. We have already fully tested all this when we tested the “triplets” with an external reference player, with a Bluetooth source and a laptop connected via USB. At each point, the floor models are identical to the younger brothers and at the same time demonstrate similar tonal and spatial patterns. I will only say about the differences and some features.

Although the passport difference with the younger models at the lower reproducible limit is only 3 Hz, the “nines” actually have a much wider range and tolerate high levels much easier – powerful low-frequency effects that are reproduced almost to the limit in the Canton Smart Vento 3, active floor speakers give out not at all overloaded and simply stunning. They do not lose in detail at medium and high frequencies, they give a good drawing in depth, but their character is not as fast and sharp as that of shelf counterparts, which were very pleased with the excellent coordination of the amplifiers. If Smart Vento 3 is capable of engaging with some aesthetic and audiophile moments of playback – especially when listening to large-scale symphonic or concert music recordings, Finally, if it seems that the sound of the systems is not sufficiently cleared of “digital” tint, and the sound images lack localization acuity, then simply switch from the wireless configuration to the usual one by connecting the slave speakers to the “master” using a high-quality 75-ohm coaxial. You will be surprised how much softer, clearer and more accurate the sound becomes. By the way, we encountered the same effect when we tested the Canton Smart Vento 3. And this suggests that this is not so much a feature of Canton acoustics as the digital interface implemented in them.

But I am sure that German specialists will also bring this part up to the level of their corporate standards. In the meantime, the main advantage of the system is contained in one word – “Smart”.