The Swedish company Dynavoice decided to meet music lovers who want to join the sound of the golden age of audio, and launched the Classic series, in which there are now three models – the CL-16, with which we are already familiar, the CL-26 and the older CL-28. It is on the example of the flagship that one can more clearly understand what meaning the manufacturer puts in the concept of “classic”.

Let me remind you that Dynavoice was founded in 1975 by Tommy Wadensten as a small family business. Since then, he has been developing all the new items that were first released under the JWS brand, and from 2003 to this day are known as Dynavoice.

The approach is a fundamental point, since in this case the creative component is limited only by the developer’s imagination, and not by the recommendations of effective managers. Of course, in addition to imagination, experience is also needed, but Tommy does not occupy him, and the evidence of this is the impressive number of awards that have been regularly awarded by the European audio press for many years. By the way, the factory, which started its own production, was the very first in Sweden to produce acoustic systems.

So, Dynavoice Classic CL-28. These are impressive three-lane towers with a height of just over a meter and a weight of about 24 kg. A fairly humane price, $1500 per pair, made us take a closer look at the design, quality of workmanship and finish – should the company have at least some profit?

They obviously did not economize on the bass section – it is built on a pair of 8-inch drivers. They have lightweight cellulose cones with damping impregnation to eliminate resonance at high volumes. 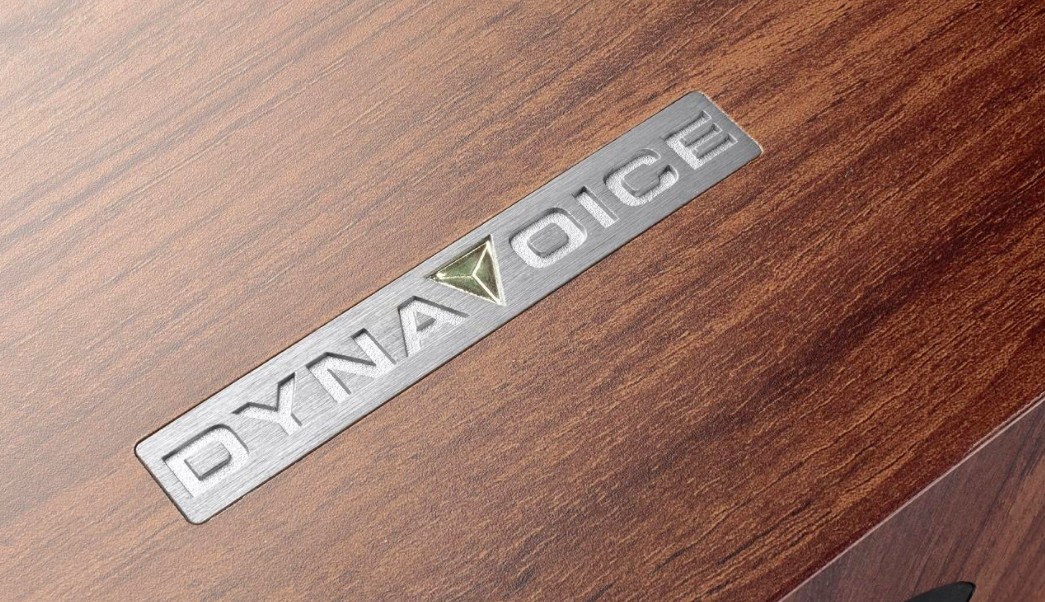 These speakers also feature a die-cast aluminum basket and a reinforced magnet system. This tandem sounds the band from 38 to 800 Hz, and the lower limit with such a volume of the case, it seems, is indicated honestly. The phase inverter, brought out to the rear wall of the case, is also double, due to this, turbulent noise is minimal even with such an amount of pumped air. 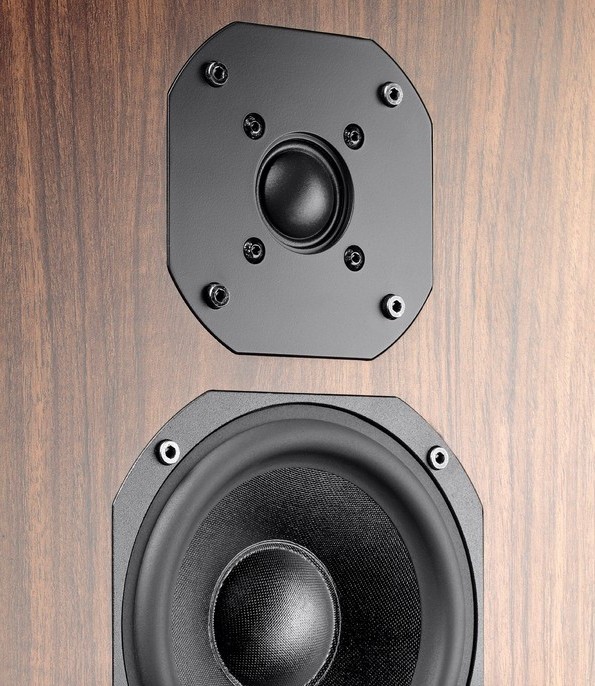 The middle band, from 800 to 2500 Hz, is sounded by a 5-inch speaker – also with a paper cone. The fact that the main energy component is produced by emitters of identical design always has a beneficial effect on the sound.

The tweeter is also traditional – an inch dome made of impregnated silk. Its upper limit, 20 kHz, can also be considered part of the classic concept. Mid and HF bands can be connected separately thanks to the four screw terminals.

The CL-28 has a nominal resistance of 4 Ohms, and the minimum resistance is 3.6 Ohms, which indicates a competent circuitry of crossover filters. With a sensitivity of 88 dB, the speakers can handle up to 200 W RMS power input.

The speaker case is not just massive, it is monolithic and does not emit booming sounds when tapped. At the base there is a platform with spikes. The CL-28 is available in two finishes: walnut-like foil and black walnut coated. Each pair of speakers is supplied with two sets of grills with a large “Scandinavian” texture – dark and light gray shades. They are attached with magnets.

I noticed that the Dynavoice Classics sound absolutely balanced when I tested the CL-16 bookshelf. But in the 28s, this balance was taken to a completely different level. Bass was added to the main working band, and even some bass that goes into the infra-low region, and at the same time has a clearly readable structure.

The dynamics of the four 8-inch drivers, synchronously pumping the room, make a strong impression, but they do not overstretch the tonal balance. To avoid problems with standing waves, these towers need a room of at least 30 sq. meters. Listening, I walked through many genres (fortunately, the streamer provides such an opportunity) – reggae, rock, synth-pop, house, symphonic classics – the speakers played everything powerfully, juicy, with real drive and a physically felt beat. Throw a real club party with these towers? No problems! To surprise guests with Tchaikovsky’s Overture of 1812? The effect is guaranteed. Silk tweeters give a beautiful contrast to the bass, and the character at the upper frequencies is moderately soft, without annoying contrast. The artifacts typical for online music are not felt at all, and I would not talk about the lack of high frequencies.

But the speakers produced the most balanced sound when playing CDs. Here literally everything started to play: the bass took shape more clearly, the midrange bribed with an abundance of musical nuances, and the tweeter on the records with bright cymbals literally sparkled with real metal. And all this adds up to a harmonious picture, devoid of too bright, pretentious colors.

And here you can already seriously talk about the sound stage. The directional diagram of the CL-28 is wide enough to build a large-scale foreground, virtual images are confidently localized in the middle and upper bands. The perspective in depth will depend on how the speakers are oriented: if they are aimed at the listening point, the scale is reduced, but the third dimension becomes more distinct. They can be placed as wide as the area of ​​the room will allow – there will be no dips in the space. The most interesting thing about the Dynavoice Classic CL-28 is that I never managed to figure out what the manufacturer saved on. The speakers are not so simple in appearance, and the sound is not very similar to a budget product. Successful purchase, no doubt about it.