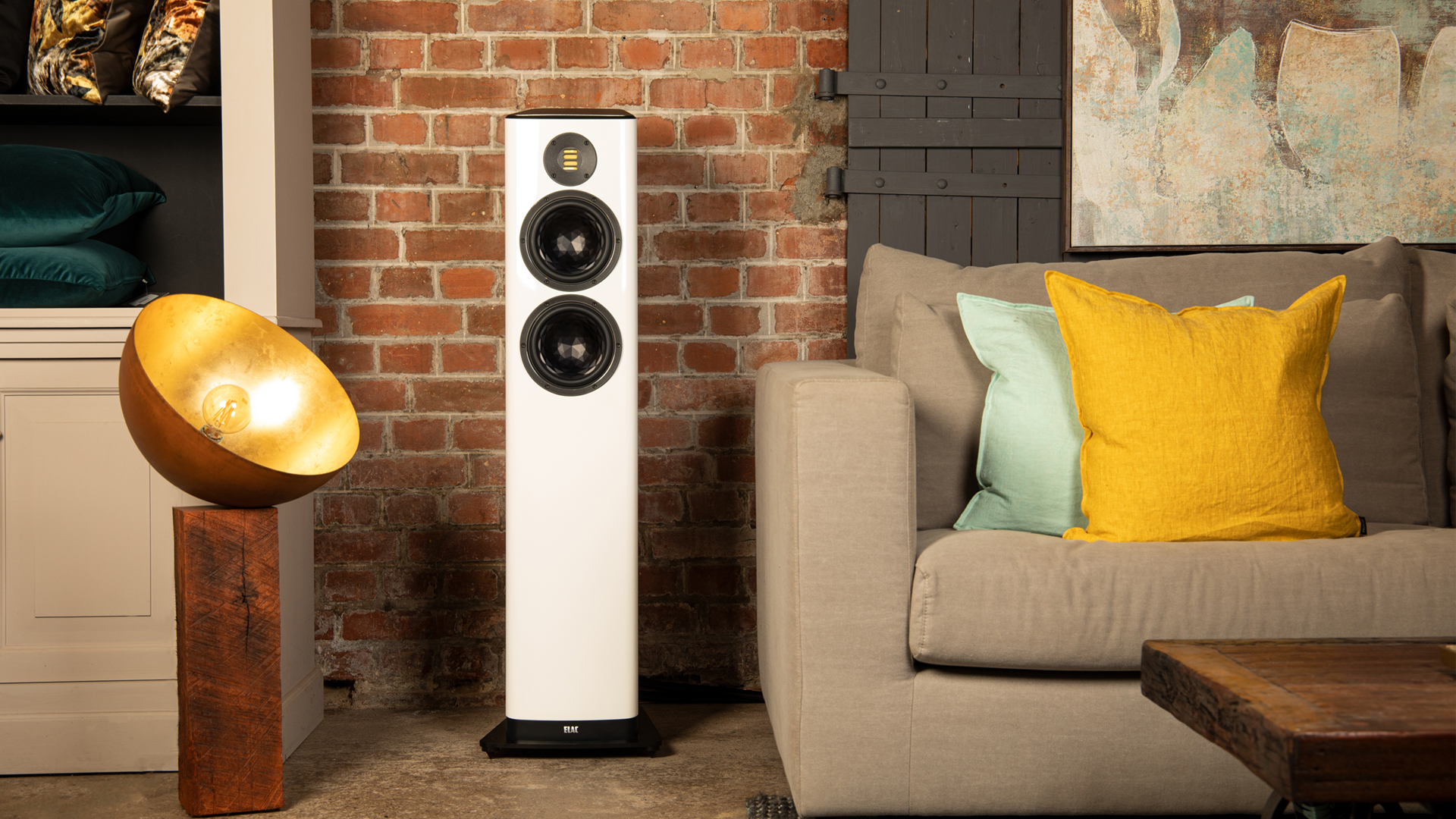 This model of the German manufacturer has every chance of becoming almost the most popular. Redesigned and improved systems from engineers with extensive experience in electro-acoustics – such acoustics have always attracted the attention of music lovers. ELAC is a company with a history, it is already 95 years old, and all this time its activity was in one way or another related to the development of acoustic transducers. Numerous studies and experiments allowed German specialists to find their own solutions to technical problems and create unique devices. And later, when the company switched to consumer electronics, the principle “if you want to do well, do it yourself” has not lost its relevance.

Accordingly, in acoustic systems the lion’s share is made up of components of our own design. And above all, these are the most important ones responsible for the sound quality – the radiators. I’ll tell you about them in more detail below.

The FS 408 model appeared in the Vela line relatively recently – last fall. It was conceived as an intermediate link between the compact FS 407 floor systems and the larger FS 409, and with this novelty the company literally hit the bull’s eye: the combination of size, dynamic potential and price turned out to be extremely attractive for the mass music lover. Of course, all the technical solutions developed for the Vela series are fully implemented in the FS 408.

First of all, these are JET5, the fifth generation branded tweeters. They were developed in ELAC’s own laboratory and are based on the classic AMT (Air Motion Transformer) emitter design by Dr. Oscar Hale. I have repeatedly described its principle of operation, I will only remind you of the advantages: a sound wave is created due to the compression and expansion of the accordion-folded diaphragm, so the signal front propagates here several times faster than when planar ribbon tweeters work. And speed in our case is nothing but sound resolution. The JET5 differs from traditional AMTs in its extended radiation pattern, low distortion and the ability to sound from 400 Hz to 50 kHz. 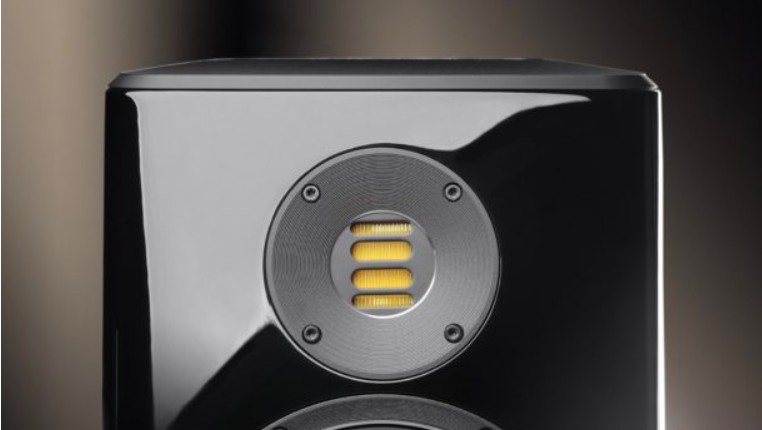 Vela FS 408 – 2.5-way systems, i.e. one woofer works up to pairing with the tweeter at 2250 Hz, and the second is filtered much lower, at 450 Hz. At the same time, in the low-frequency range, where maximum energy is needed, both heads work in parallel, and only one in the middle, which increases intelligibility and detail. In addition, in such a scheme, in comparison with a three-band one, crossover filters are also simplified.

The speakers, of course, are of their own design, with the unique 18cm Crystal AS-XR cones.

The speakers, of course, are of their own design, with the unique 18cm Crystal AS-XR cones. The photo really shows their “crystalline” structure – the surface is as if broken, with a mass of small faces, and such a profile is more resistant to deformation. This means that the piston mode of operation is maintained in a wide frequency range, and distortions are reduced. The base of the diffuser is cellulose, a thin corrugated aluminum layer is glued to it. Such a sandwich is distinguished by its low mass and effective damping of internal resonances. The wide elastic suspension is designed for large, up to 15 mm displacement of the moving system. The baskets are cast to avoid resonance, the reinforced magnet system creates a powerful field for the voice coil. According to the description, a pair of bass-reflexed woofers is capable of reproducing bass from 29 Hz. The port of an impressive cross-section is brought out into the gap between the bottom of the case and the supporting aluminum platform. Wide bell mouth prevents turbulent sounds at high volumes.

The body is slightly narrowed at the back; in the absence of parallel side walls, internal reflections are partially compensated. The “aerodynamic” profile of the bezel eliminates frequency response unevenness due to phase intermodulation.

Vela FS 408 is available in three finishes – natural Tobacco Oak veneer, white and black lacquer. The quality of the lacquer coating is impeccable, the mirror polish shine is especially effective in bright light. The play of light on the “diamond” edges of the diffusers also looks spectacular. Round grills, separate for each speaker, are optional.

But in general, the character of the sound is pleasant, it catches immediately and does not get bored with prolonged listening.

At the first stage, we listen to TIDAL streaming through the universal network player T + A MP2000R paired with the well-known integrator  Plinius Hautonga . The first thing you pay attention to is a well-formed lower case. We all love more bass, with “meat”, and so without puffs. With the FS 408, everything is just that, and even better – a pair of almost 8-inch drivers deliver powerful rhythm section, synthesized lows, and the fundamental atmosphere of a large hall. I specially chose in TIDAL and hip-hop, and dance electronics, and symphonic classics. But do not think that these speakers are only capable of effective punch – for all their energy, they are neat enough to show both shades and subtle rhythmic structure in the lower range. I also liked the top, even the streaming turned out to be sonorous and moderately bright. The sound is open, even festive, although a little sketchy due to format restrictions. But in general, the character of the sound is pleasant, it catches immediately and does not get bored with prolonged listening. With all genre differences and peculiarities, the music is presented in a recognizable way for ELAC – energetic, detailed and with silver overtones.

With the transition to CD playback, the construction of the scene could also be appreciated. It feels like the JET5 is different from most AMT tweeters: they have a wide horizontal directional pattern, and when off the main axis, there is no clear drop at high frequencies. To listen to these speakers, it is not necessary to attach to a certain point found, for example, I walked around the room in general, and did not notice any problems with overtones. On the CD, the top itself became more transparent, lighter and, as they say now, more atmospheric.

The spatial picture is really three-dimensional, with dense filling even with a solid distance between the columns. Tweeters subtly render high-spectrum sounds and clearly link them to a specific place in space.

There is a lot of information, vibrations and harmonics in the middle range, so acoustic string instruments seem completely alive. Progressive Metal – extremely intelligible, instruments and individual sounds are separate, you can feel a reliable support in the form of the lower register. Finally, vinyl. Technics SL-1000 RE-S turntable with Ortofon M2 Black head. LP – “A Tribute to Analogue”, a reference selection made by Mr. van den Hoole to demonstrate the benefits of analog recording. It is curious how the acoustic systems reacted to this “archaic” medium: the bass turned out even more distinct, the instruments acquired real physicality, and Lils Mackintosh literally found herself in the room, right between the speakers. Three-dimensional space, air, relief images of instruments – this is what a good recording, reproduced on the correct system, means. As if a musical event transferred from some other world, presented beautifully, with real brilliance.

The speakers do not require super high-quality amplification – with such a wide operating bandwidth and the ability to create a three-dimensional spatial picture, it is difficult to get an unimportant result. But with the source the situation is somewhat different. In our experiment, with each transition from one format to another, the FS 408 seemed to add in class and price. And I’m not sure if the limit has been reached.