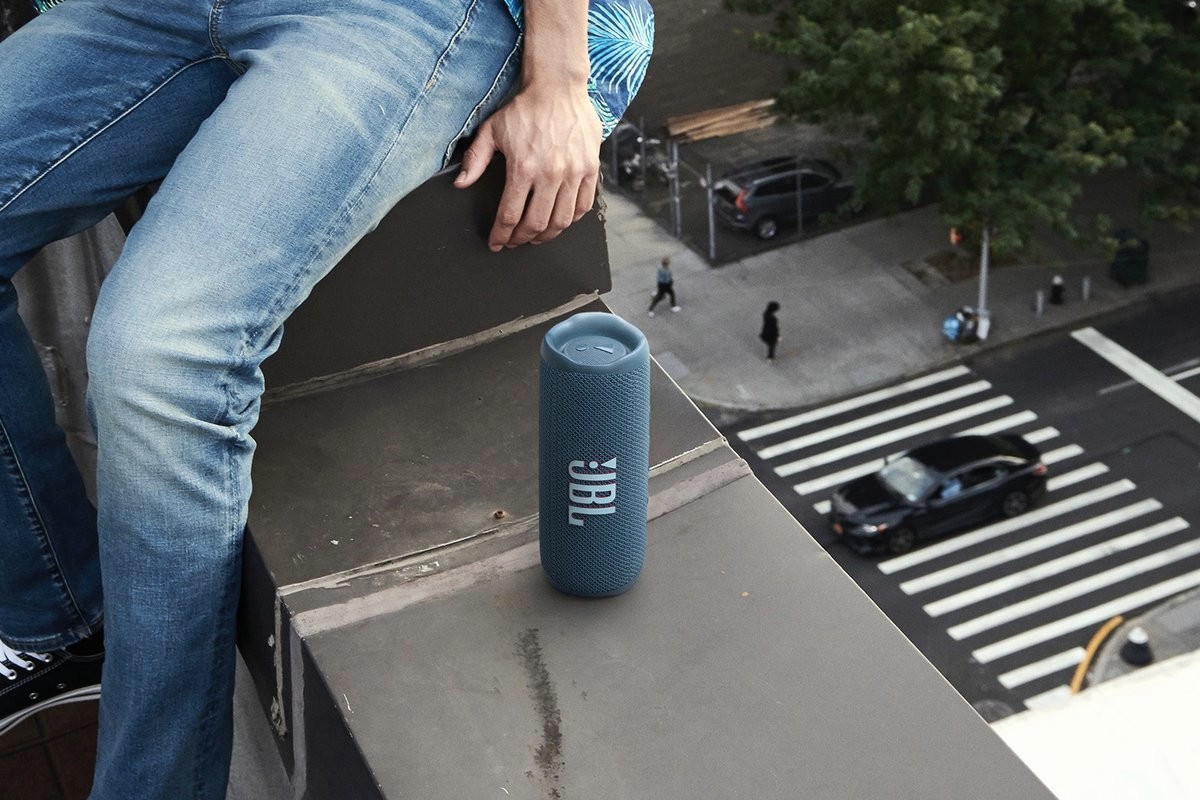 The concept of a “portable speaker” is rather vague: some models can be taken with you, but perhaps in a bag or backpack. In this sense, the JBL Flip has always seemed optimal to me: it is very compact, weighs about half a kilogram, and the volume is enough for an average company. Not so long ago, the line was replenished with the new Flip 6 model, and I decided to compare it with the fifth generation in order to understand how big the changes are. 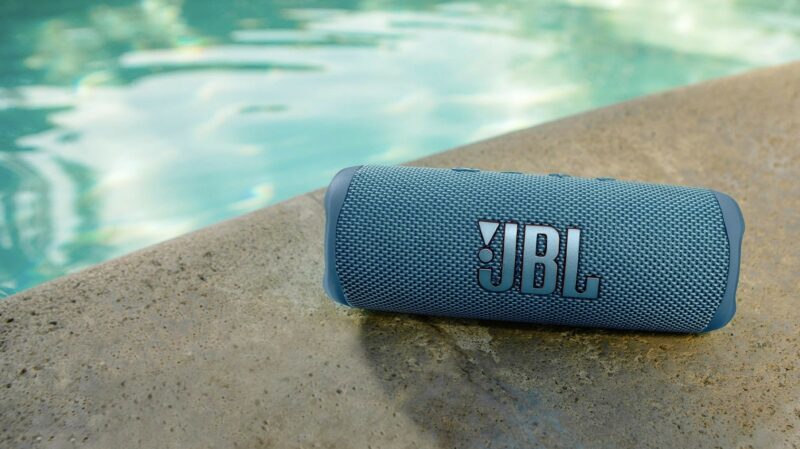 Outwardly, the column has not changed much: the same shape, the same design elements, the same acoustic fabric that the gadget is covered with. Except that the brand logo has changed: before it was a small orange nameplate, and now it is rather large letters without a background. They look good because they are made in the same tone as the fabric. 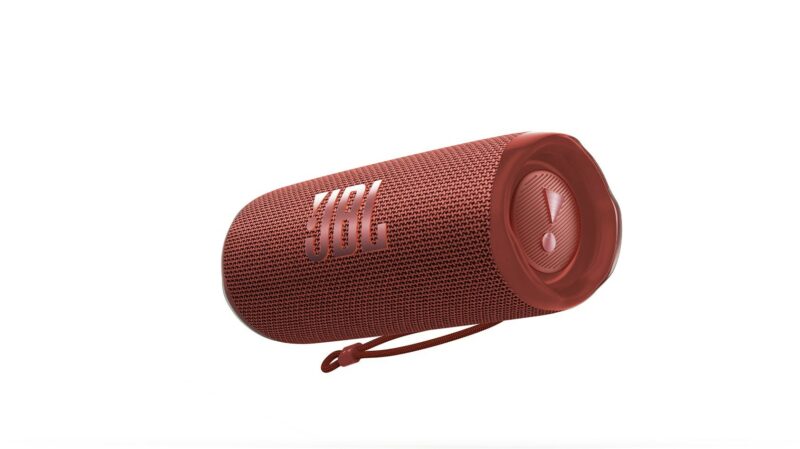 The carrying strap has become more stylish. If the Flip 5 had a lace tied with a tricky knot, the “six” had a neat fabric loop.

The controls remain the same. In the upper part there are the usual buttons for starting the track, adjusting the volume and turning on the Party Boost mode (if you don’t know what it is, I’ll tell you a little later). Moreover, they are embossed, so you can even use it by touch.

Behind on a separate panel is the power button and Bluetooth connection. There is also an LED strip, by which you can understand the remaining battery charge, and a USB-C charging connector. 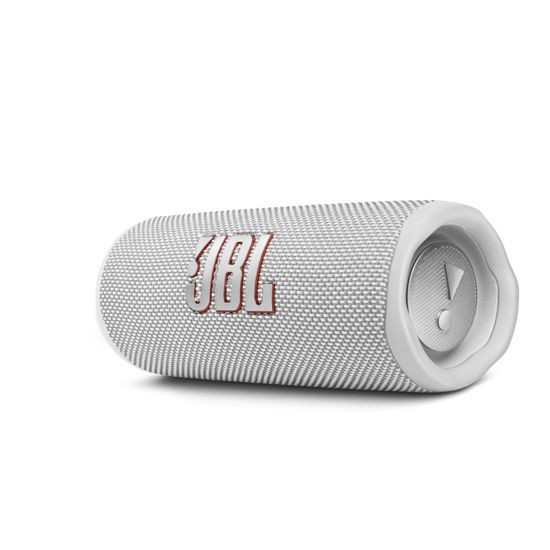 As before, the speaker is not afraid of water ingress – theoretically, you can even swim in the pool with it. Moreover, if the Flip 5 did not declare the degree of protection against dust (the manufacturer indicated the IPX7 class), Flip 6 is officially certified according to IP67. That is, it can be used without problems on the beach or some ATV rides.

How does it sound

We are already accustomed to the fact that new generations of speakers sound, albeit a little, but better than their predecessors. JBL Flip 6 is no exception. Firstly, it has become much louder compared to the fifth generation. In the room for background music, 20 percent of the total volume is enough, you can already dance at 50 percent, more than 80 can only come in handy in order to take revenge on the neighbors for the Sunday perforator. In an open area, the speaker does an excellent job of “voicing” a picnic with a dozen participants.

In terms of sound quality, progress is noticeable in all areas. Firstly, there is more bass, no matter how strange it sounds in relation to a compact speaker. Secondly, the sound has become more voluminous, and the volume is well felt from any direction. Thirdly, the vocal parts are better heard. Of course, the JBL Flip 5 also sounded good, so all these changes can only be felt in direct comparison. 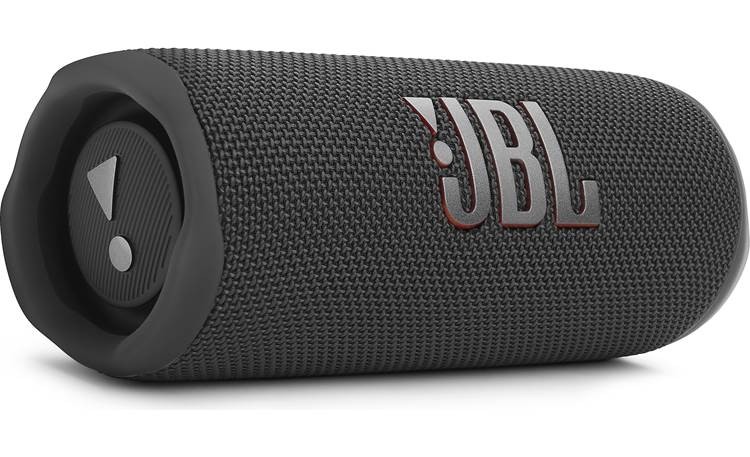 If the default sound of the speaker does not suit you, you can download the JBL Portable application and try to twist the equalizer. There are only three sliders in it, they are responsible for low, medium and high frequencies.

Another useful feature of the application is the search for speakers and combining them into one system using the Party Boost function. Moreover, two speakers can sound like a stereo pair (since all Flips are made in mono format). The other mode is “Party” where all connected devices play music in sync, meaning you just get more power.

Another amazing feature for such a compact device is autonomy at the level of 12 hours. Moreover, these are not mythical figures that are difficult to achieve in real life. If you use a column for background music, it can really last a whole day without recharging. Charging from scratch takes just over 2 hours.

No, this is not something radically new – a logical evolutionary round of the popular line. Now this portable speaker plays better and looks more modern. At the same time, all the main advantages of the Flip family have been preserved: compactness, a high level of protection against water, practical fabric on the case and rubber elements, due to which the speaker stands confidently on any surface and does not jump during playback.

Advertisement
X
Subscribe to get the best Tech news and reviews of the week.
By signing up, you agree to our Privacy Notice and European users agree to the data transfer policy.
Close
04/05/2022