Klipsch Heritage The One II Review: Looks Great and sounds even better Almost all wireless Bluetooth speakers these days look like identical twins from the same incubator. Klipsch decided that their models should stand out not only in sound quality, but also in appearance. As a result, they seem to have come off the pages of 1940s audio catalogs. We have already investigated the junior model Klipsch the groove, now it’s time to get acquainted with the older Klipsch The One II speaker, which occupies the middle position in the Heritage series of wireless systems. If you look at the Klipsch The One II in photos without the ability to correlate the proportions of the speaker with the objects you know, then its dimensions may seem much more significant than they really are. Most likely, this illusion arises from the vintage design of the model, since we are accustomed to the fact that the old technique usually has serious dimensions. In reality, the Klipsch Heritage The One II measures 32.2 x 15.56 x 13.3 cm, which is comparable to a small two-way bookshelf monitor. The acoustic part of the model has a 2.1 configuration and is built on two 2.25 “(57.15 mm) wide-range speakers and a low-frequency driver with a 4.5” (114.3 mm) cone operating in a closed design. They are driven by separate for each frequency band, built-in amplifiers with a total power of 60 watts, and the manufacturer claims that the model covers the frequency range from 56 Hz to 20 kHz at a level of –3 dB. The column weighs 3.86 kilograms. There is no built-in battery here, so we are dealing with an exclusively stationary model. Of course, the main feature of the Klipsch Heritage The One II is its design, which is why we will focus on it. As with all models of the line, on the front panel we see the company logo, which was used in the 40s of the last century, applied to a round metal plate. The next metallic element in the design is the platform on the top panel, which houses the controls, also made of metal alloy. They include a power on / off switch, volume control, and source selector. LED indicators indicate the status of the power supply, as well as the connection to signal sources via Bluetooth version 4.0, or via the 3.5 mm mini-jack located on the rear panel of the case. All speaker walls, except for the top and bottom, are covered with acoustically transparent fabric. There are two color options to choose from – gray with walnut veneer and silver metallic accents, or black with copper accents and matt black top panel. The column is supported by four anti-vibration feet, so no additional efforts for mechanical isolation are required.

We used both wireless and physical connection of the Klipsch Heritage The One II audio system to signal sources, which were smartphones Samsung Galaxy Note 9, Apple iPhone XR, as well as a portable Hi-Res player Astell & Kern A & Futura SE100. If we compare the handwriting of the Klipsch The One II with the younger model The Groove, then the serious additional headroom immediately becomes obvious. True, you should probably not abuse the level both at the signal source and at the speaker itself, since at maximum volume the speakers still strive to approach the limits of their capabilities. However, when the signal level is several divisions from the maximum, the speaker already produces sufficient sound pressure to sound a medium-sized room. A very weighty and dense bass makes the sound of rock compositions perky and cheerful, and the legible middle allowed even to fully enjoy the vocals of Diana Kroll. Of course, we got the best sound quality when physically connecting the player and the Klipsch Heritage The One II, as well as playing back high-resolution recordings. Thus, the Hi-Res edition of Peter Gabriel’s classic album “So” is distinguished by a well-written and weighty rhythm section, which the speaker could easily disassemble into its components. And the vinyl rip of the album “Quadrophenia” by The Who, which became a real benefit performance of the legendary bassist John Entwistle, completely made those present forget about the seriousness of the event and remember their pathetic youth. 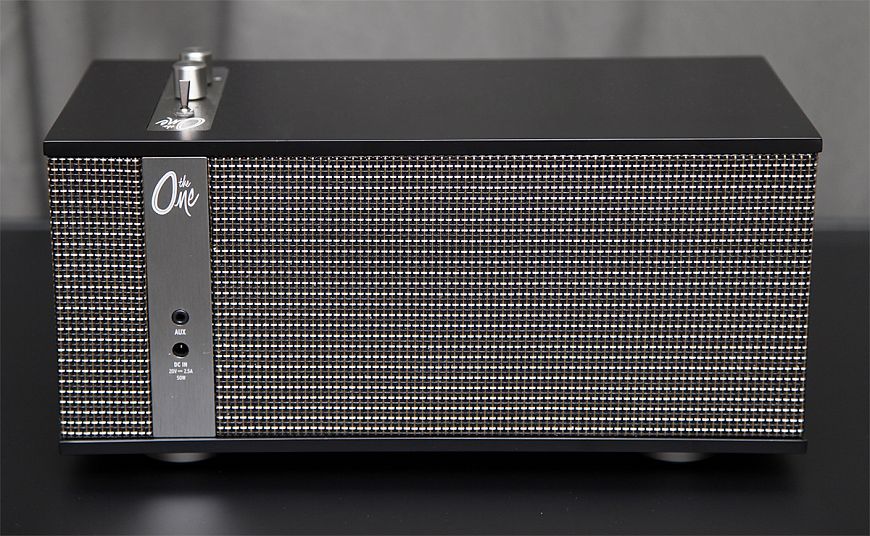 In general, if your entire main system and music library are designed in vintage style, then you need to buy an appropriate wireless speaker for the kitchen, The Klipsch Heritage The One II.