When great speakers are given the ideal working conditions, they can build a veritable wall of sound. 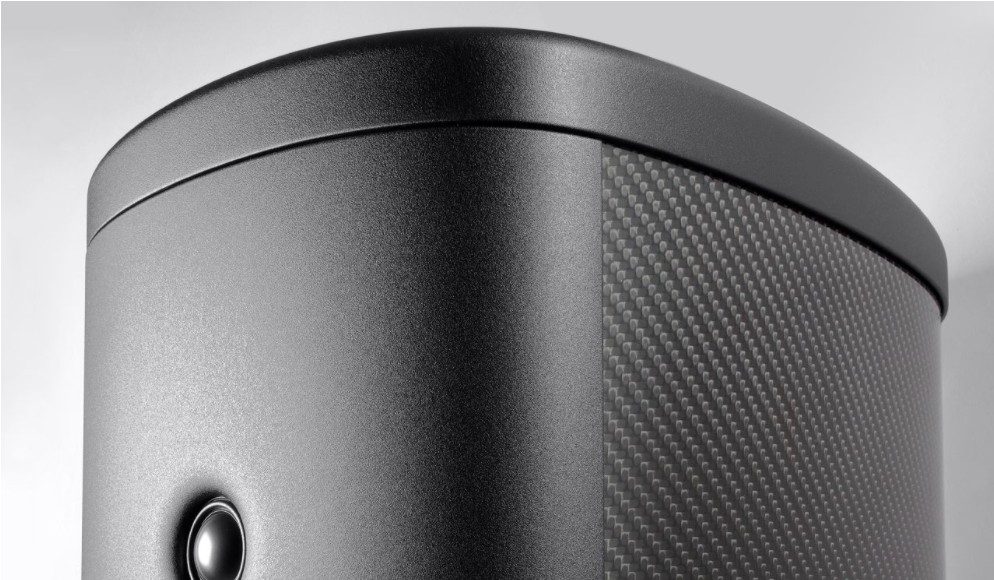 The American company has gained worldwide fame primarily for the fact that in the production of its acoustic systems it uses state-of-the-art materials and unusual cabinet designs. This symbiosis of Hi-Tech and High End results in a unique sound quality and an equally unique price. But when striving for the ideal, they rarely skimp on costs in the expectation that the end will justify the means. Is this so in our particular case? 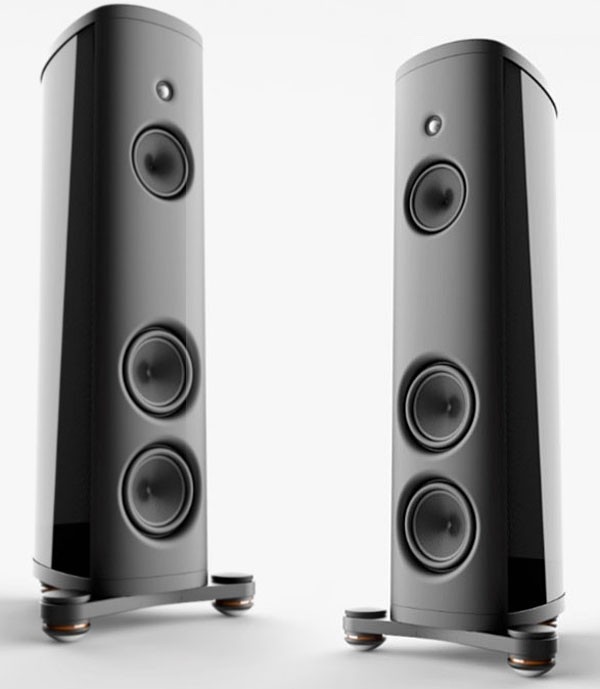 Experts in the field of electroacoustics are no worse than others who are guided in new materials and technologies, conduct a lot of research and patent advanced solutions. But the lion’s share of their efforts is now aimed at making the speakers as compact and functional as possible, but so that high technologies are aimed exclusively at improving the sound quality – such cases can be counted on one hand.

American Magico LLC is just one of this rare cohort. The enclosures of her speaker systems are true engineering masterpieces, which combine different materials and a whole set of design solutions to achieve complete inertia. At the heart of the M2 is a sturdy aircraft-grade aluminum frame to which curved panels of multiple layers of carbon fiber are attached, with a combined thickness of about a centimeter. 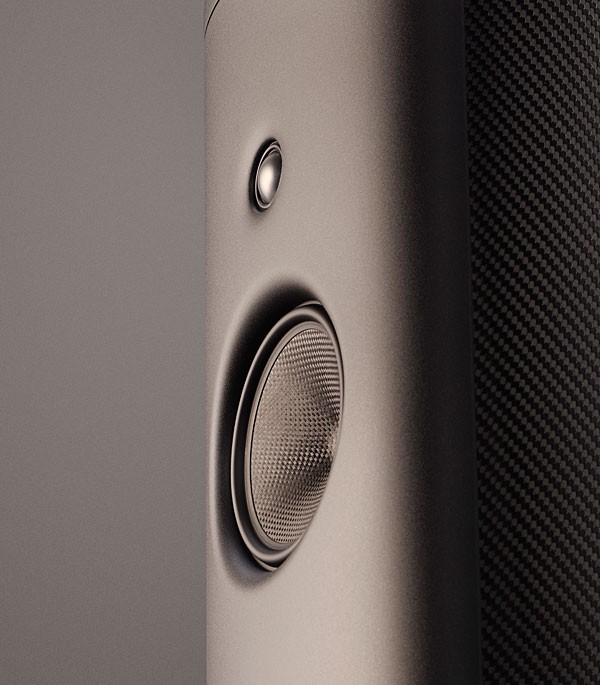 According to the manufacturer, such a design, similar to the outer shell of the F-35 fighter, has tremendous advantages over those that were previously built entirely from fragments of extruded aluminum. In the new version, the ratio of the strength of the case to its mass has improved 60 times, the mass itself has decreased by 50%, and the external dimensions – by 30% with the same internal volume. With all this, the speakers are not small – they are 114 cm high and each weighing 75 kg.

The speakers are supported by a massive aluminum plate, which is pulled by three long rods to the rear upright. This creates a stressed structure of increased rigidity, the so-called. monocoque. Over time or during transportation, the force may weaken, but this is not a problem – the set includes a torque wrench for periodically tightening the rods.

Another element to increase the inertia of the case is the proprietary MPOD damping bearings, which Magico produces in large quantities and sells separately in beautiful cases. They were created in the course of extensive scientific research and work as filters, transferring low-frequency energy from the cabinet to the floor, and dissipating high-frequency energy as heat. In the M2 model, the legs are mounted on a three-point stand.

The company prefers to produce all the speakers for its acoustics independently. The tweeter is the third version of the 28mm driver that was originally developed for the M Project. The beryllium diaphragm is covered with a layer of diamond dust, deposited from vapors, therefore it is capable of operating in a piston mode without deformation up to 50 kHz. The diaphragm is specially shaped to provide an extended radiation pattern.

The cone of the 6 ” midrange and a pair of 7 ” woofers are made from multiple layers of woven carbon fiber, which includes a new kind of XG graphene. It is a form of carbon in which atoms are assembled into a sheet only a few atoms thick, and yet it is said to be 100 times stronger than steel. Accordingly, the diffuser is light and rigid, which is important for two reasons. First, the same piston mode is needed, in which the diffuser works without bending, with minimal distortion. Secondly, Magico acoustics have a closed design, in which a high pressure is created in the case at high volume, and in these conditions a weak membrane simply cannot withstand.

The midrange has a short, titanium-based voice coil that moves in a long magnetic gap for maximum linearity. To isolate the woofer from the backward wave, the speaker is housed in an internal housing made of a patented polymer.

Crossovers in M2 are made according to the “elliptical symmetric” topology ESC (Elliptical Symmetry Crossover) with fourth-order Linkwitz-Riley filters (24 dB / octave) with a minimum number of elements. The point of the circuit is that it integrates all four speakers into one whole not only in frequency, but also in phase and response speed. That is why Magico specialists refused phase inverters – in their opinion, it is impossible to achieve coherent radiation with such a design. On the background of properties of a general nature, each Magico model has individual characteristics. The M2 is the first development to use a stressed structure with multi-layer carbon panels, and subjectively, by ear, it seems to have no body at all. I had to listen to acoustics in completely “dead” enclosures, but their sound was about the same. But Magico M2 literally creates music in the space of a room, and the scale of this space depends solely on the recording itself. If the sound engineer decided to put the musicians in the center of the stage, from there you will hear them. The orchestra is transmitted on a grand scale almost natural, and the club synthetics will shoot bass directly from the speakers – this is how the panorama is usually spread to heighten the effect.

By the way, low frequencies are also a completely different story here. Most of us are accustomed to bass-reflex design, in which the frequency response has a hump at the tuning frequency of the pipe, followed by a sharp drop. This is considered to be good, rich bass. In a closed case, there is no such hump, and low frequencies fall off monotonously and smoothly up to infrasound. And in fact, the bass is more, but for the ear it is not so obvious. The lower case of Magico M2 is not catchy, without a wow-effect, but very beautiful. And of course, fast is another advantage of the closed design. And when you do not hear rubbery, tightened or “stuck together” low notes, the very perception of music changes. There is more life in it, the rhythmic structure is more clearly manifested, the sound does not load with monotony even in the most difficult genres.

These 75 kg towers have no problems with the overall dynamics, which is quite expected. It is necessary to take into account only one thing: in order for the speakers to reveal their full potential, they need a large current, with this calculation, and you need to select an amplifier. And even with deafening sound pressure, the speakers are still absolutely monolithic objects, in which it is impossible by ear to divide the range into bands – neither in frequency nor in time. When you turn the volume down, they don’t start screaming, the musical balance is still perfectly maintained. 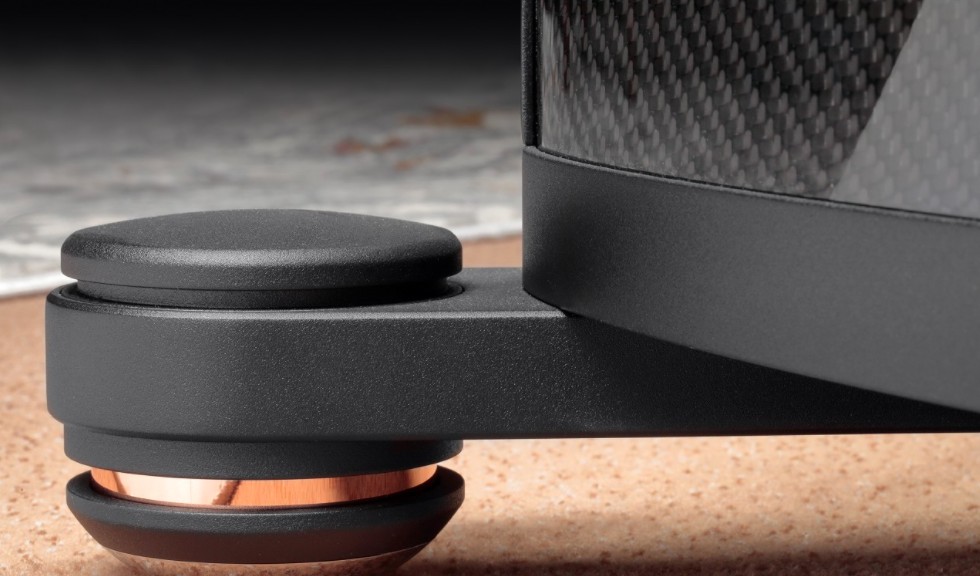 Microdynamics, the ability to convey subtle vibrations and overshoot barely indicated in the recording, also pleasantly surprised. I don’t know if such attention to nuances can be considered the merit of graphene diffusers, but in terms of resolution in the middle band, M2 has few competitors.

You involuntarily expect an emphatically bright, pretentious top from a “diamond” tweeter, but everything is balanced here too: high overtones, metal on the cymbals and “atmosphere” are there, and all this is harmoniously integrated into the general musical canvas.

Generally speaking, M2 is such a solid project that it is thankless to analyze the particulars that make up the impression. You just need to listen to these speakers and enjoy good recordings.

Klipsch together with Rock FM (95.2) launches a new project

Mi TV EA 2022: The most affordable TV yet from Xiaomi

Jabra Evolve2 85 Review • Comfortable headphones for both work and pleasure