It is clear that in order to adequately reproduce the full strip of a serious piece of music, the speaker must reproduce from deep bass to ultrasonic components of the spectrum. The latter is especially true for playing high-resolution audio files from the local music library. And the quality of streaming from remote services is already high enough to impose corresponding requirements on speaker systems.

Although many skeptics argue that since a person does not hear frequencies above 18 – 20 kHz, all attempts to expand the operating range of the system are nothing more than a gimmick for gullible buyers. In fact, no – as experience shows, the presence of higher harmonics enlivens the sound, adds volume.

Unlike many competitors, Magnat engineers decided in their top line to do without the planar tweeters (ribbon or Hale), which are fashionable today, but put a pair of dome tweeters in each speaker. Due to this, the identity of the emitters in all bands is achieved and it is possible to better control the radiation pattern. In the Signature 905, the upper range is divided between tweeters as follows: the small 20-mm one sounds the 17500 – 55000 Hz section, and the older one, with a 30 mm caliber, works up to mixing with a mid-frequency head at 2400 Hz. The systems’ ability to reproduce ultrasonic frequencies is marked with a “Hi-Res Audio” nameplate on the front panel. 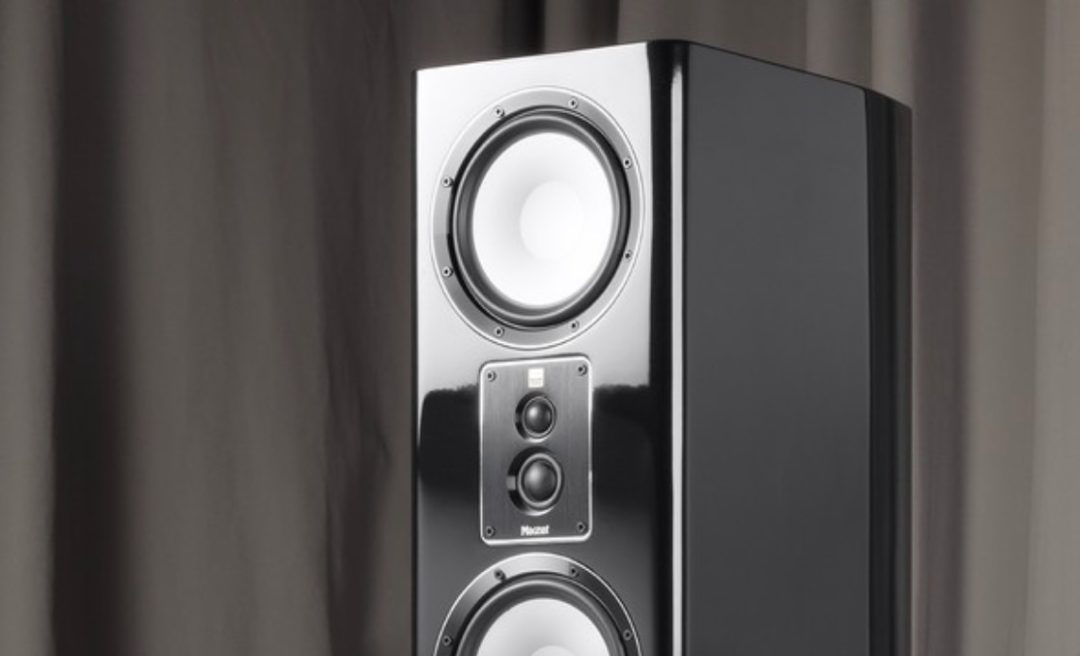 The tweeters are slightly recessed into the thick aluminum platform on which they are mounted, and the walls form short waveguides for optimal dispersion at the high frequencies. In addition, such a massive base absorbs the energy of vibrations that occur during the operation of the bass and midrange drivers.

Weightless domes are stamped from synthetic silk, after which they are impregnated with a damping compound that eliminates local resonances. Fmax Signature’s proprietary design features a wide surround and powerful neodymium magnet system, resulting in low harmonic distortion, even at extreme volumes.

The lower and middle bands are reproduced by a pair of 17cm drivers, which were also created by Magnat for use in high-end models. The white color of the diffusers is due to the ceramic coating applied to the aluminum base. The result is a lightweight and rigid structure that can work without deformations in the event of sudden displacements of the moving system. In addition, the hemispherical shape itself gives the diffusers increased resistance to deformation. The profile was optimized on a Klippel setup using laser interferometry, which made it possible to significantly reduce nonlinear distortions and expand the range of the piston mode of the diffusers.

The loudspeakers also have die-cast aluminum baskets with ventilation for the voice coils and a large-profile elastic surround for increased cone travel. The manufacturer states in the specifications a lower operating limit of 23 Hz, but does not indicate at what unevenness this value is achieved. A pair of proprietary Airflex ports on the back feature exhaust flares that reduce airflow rates and therefore turbulent noise levels.

In addition to the crossover frequencies, nothing is known about the crossovers in the Signature 905, but the technical description of the line mentions Linkwitz-Riley phase-linear filters with a steepness of 24 dB / octave (4th order). Bi-wiring possible. Like all Signature models, the 905s are available in black lacquer finish and in natural macassar veneer under mirrored lacquer. Black grills are magnetically attached.

First of all, let’s listen to the bass, for which I find in the annals of Spotify some especially powerful electronic compositions – Joe Ford, Task Horizon, Paul T & Edward Oberon, etc. I’m not sure about 23 Hz, but in general everything is fine with the lower register in the 905s – they give out a very convincing drive in the percussive region, and some harmonics in the extra bass region can not only be felt by the body, but can be tracked by the movement of the diffusers. This is also due to the high sensitivity of the speakers, thanks to which the amplifier feels confident even in the most energetically saturated range. The sound is obtained not only dense and dynamic, but also with a free, open presentation.

The speakers (as, indeed, all Signature models) produce an unusual strange feeling – you see a glamorous thing in front of you, and you can turn on Metallica like this, which literally blows away the roof. Whichever track you choose, everything is served dynamically, with a twinkle. Slight rises at the edges of the range, probably made on purpose, noticeably enliven the sound. For a more captious assessment, I connect a Lyngdorf CD2 player to the amplifier and run a short run along the test tracks. There are obviously more nuances, timbre shades and microdynamics here, and, according to the general impression, there is more music. The upper range is perceived differently, it is bright, and at the same time without an accent on sibilants, light and very transparent.

An assembly of two tweeters accurately traces each sound in the upper spectrum and fixes them in space, and in order to hear this it is not necessary to be at the same distance from the speakers – due to the wide radiation pattern, two or three people can be in the suite spot. Note that the tweeters are installed between the bass drivers, essentially forming a d’Appolito circuit, and this is a very smart solution. It not only expands the area of ​​the stereo effect, but also provides better time matching of the mid and high frequency bands. Accordingly, the sound is consistent and informative in the most sensitive ranges for our hearing. It makes sense to direct the speakers to the listening position only if the distance between them is more than three – three and a half meters. With any arrangement, the stage is wide,

The Signature 905 model is designed to work in rooms up to 35 sq. meters, but the dynamic potential will allow them to sound and much larger rooms. And they will not need a particularly powerful amplifier, even at 30 W per channel, the speakers can reveal a lot to the interested listener.