The most pleasant thing is to tell and recommend the technique that I would gladly use myself. This category includes the monitors under review from the American brand Presonus , by the way, which created the actively gaining popularity DAW ” Studio One “, distinguished by a relatively friendly interface, ease of recording live instruments and, which is rare for Windows, a nice design.

The package and packaging are fully aligned with the product’s focus: there is nothing in the package except power cables for each monitor and soft adhesive feet. This is easily explained by the fact that if you have already decided to buy studio monitors of this level, you already know where and how you will connect them, and there are connection options here for every taste, as discussed below. The manufacturer equips its junior models with tulips, but the older ones refuse such a decision in favor of lowering the price tag. 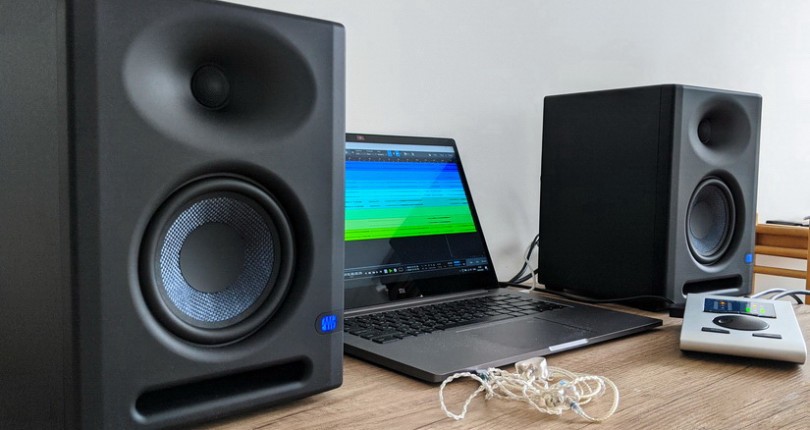 The monitors are packed well – foam plastic, protective covers and a cardboard box reliably protect the weighty speakers from damage during transportation.

PS: A little tip: if you haven’t saved up for normal racks yet, but you need to arrange the monitors somehow, felt furniture legs with a damping layer will do. The option is so-so, yes, but such vibration isolation is better than none.

All lines of Presonus monitors  are designed in a single, calmly professional style, without flashy colors and excesses – minimalism is our everything. The appearance of the  Presonus  is very nice to me personally and is second, perhaps, only to the strict German  Neumann . Nothing superfluous, neat dark gray cases and a small LED logo – no frills, but with its own unique design.

But what’s behind the monitors is more important. And here  Presonus Eris E5 XT  has a lot to turn around, because the following connectors are available from the possible connection options: 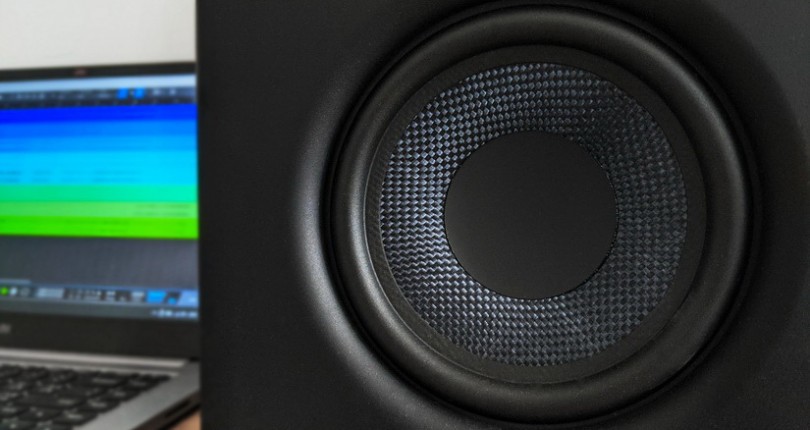 And also on the rear panel you will find a very variable set for sound correction, depending on the location of the monitors and your requirements for their sound. The following options are available: 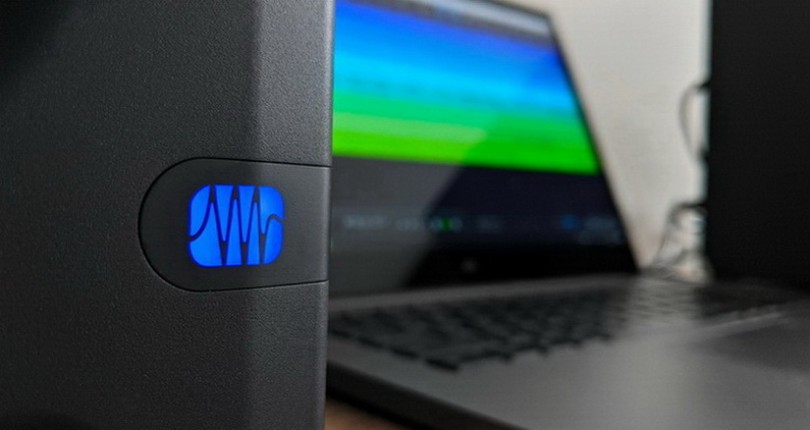 A similar set of adjustments is standard for the manufacturer’s monitors and for most monitors in general, but only in high-quality models these functions affect the sound in a positive way, without distorting it.

And now, after you have connected your new monitors to your favorite and, more importantly, a well-known  audio interface , you start listening to them. In my case, my very modest, but, nevertheless, one of the best in its price range, Focusrite Scarlett 2i2  and the legendary interface  RME Babyface PRO FS , which acts as a reference device, due to its purely professional orientation and has proven itself, was used for testing  sound.

Monitors sound awesome. This is the first thought that comes up after running the  Presonus Eris E5 XT  on test records and the first hours of working with them. I am not a professional sound engineer, and therefore I can evaluate their sound more from the point of view of audiophilia, but even a person completely unfamiliar with sound recording will hear how smooth and detailed the Eris sound  is. Fantastic information content and richness, which is more than enough for both amateur sound recording and novice professionals.

Erises  give out a gorgeous panorama, which can be appreciated with the correct placement of the monitors in a “triangle” and, no less important, the correct setting through the controls on the rear panel. What was most impressive to me, apart from the detail and impressive volume of the  Eris E5 XT , was how vivid and natural the vocals sound. At the first connection, I confess, I used monitors at all “not monitor” and just set them up as background acoustics, which is fundamentally wrong for such equipment, but it was interesting for me to use them as a home system, without being tied to a workplace. This turned out to be a stupid decision, since the monitors opened to their fullest only in the correct position.

But thanks to low expectations, after distracted listening, I felt a childish delight when I played Don McLean’s worn-out album  American Pie,  chosen at random. It is an incomparable feeling when the scene is so natural that you can accurately determine the position of each instrument on the recording and, what is most amazing, you start to hear the vocalist right in front of you. The vocals are literally centered, as if the voice is not coming from the speakers on the sides, but from the wall in front of you! This is a fantastic sensation for which it is worthwhile to get confused and build at least a minimal audiophile setup. Separately, I would like to note the bass performance of the monitors, which does not require additional body kits. Yes, with a  subwoofer, the  sound will be fatter, more voluminous and much livelier than without it, but this is rather an additional option, although it significantly improves the sound. But rather big (20x23x28 cm) five-kilogram  Eris E5 XT  give out a decent enough bottom to do without a subwoofer. The bass is enough to pull  Manson , and that says a lot. The superbly recorded  Marilyn Manson’s The Pale Emperor  gives the vast majority of compact loudspeakers a cough , but not  Eris. The monitors almost perfectly coped with the rumbling lows and rich instrumental recordings, for which we can only praise the engineers at  Presonus.

Coming back to the source, I must say that the monitors worked equally well with both my budget  Focusrite and the awesome  RME Babyface . With a higher-end audio interface, you will get an increase in detail and a better sound picture in general, but this is not a critical parameter and you  do not need to acquire a top-end audio card to work with  Erises .

In my opinion the  Presonus Eris E5 XT  is one of the best monitors in the under $ 400 segment. Personally, the manufacturer conquered me at the dawn of my interest in audio recording, thanks to the quality of its products for a very adequate price list and non-trivial sound. For the price of home acoustics, barely exceeding the entry segment, you get a versatile working instrument with a sound level that more eminent brands might envy, for a similar price.