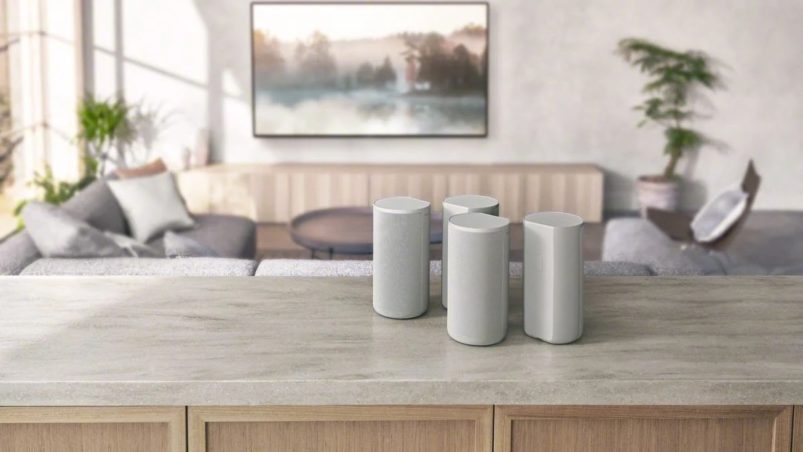 The Sony HT-A9 is a 360-degree home theater system that can be placed anywhere in the room. With built-in DTS: X and Dolby Atmos audio display technology, the Sony HT-A9 is a soundbar alternative. In this Sony HT-A9 review we will try to answer the question: “Can this sound system be better and more practical than conventional soundbars?”

Sony has unveiled an innovative new home theater system to complement its new flagship HT-A7000 soundbar . A plus of this device is Sony’s 360 spatial display technology, thanks to which the HT-A9 really works as we would like. This speaker system could be the next step in the evolution of home theater sound.

The device combines the advantages of a soundbar with a full 3D sound system. That is, the first advantage is easy installation, since the system does not require a specific location. The second benefit is room-filling sound. At least that’s what the manufacturer says.

The four separate speakers from the HT-A9 don’t look quite small. However, their design makes these blocks less intrusive than, for example, a black soundbar. So, the Sony HT-A9 speaker system is equipped with four speakers that communicate with the control unit wirelessly.

The omnidirectional block design, as well as their cylindrical shape and light pearl gray color, help the system fit perfectly into the interior. The flat back of the speakers, including the eyelet, also makes these speakers easy to wall-mount.

The control box is a small “black box” that, thanks to its wireless connection, can be optimally installed next to TVs, consoles, 4K Blu-ray players. The device also has a stylish remote control: RMT-AH508U.

Each of the four speakers has three speakers. Two of them use Sony X-Balanced speakers, which, thanks to their rectangular shape, increase the diaphragm area for deeper bass and clear high frequencies. The wide directivity woofer is primarily responsible for dialogue and effects.

Due to its concave shape, it has a minimum depth. The unit also features a 19mm soft dome tweeter for clear, natural sound. Each speaker also has a top ring speaker that reflects sound off the ceiling.

Thus, sound information coming from above is provided. The result is immersive sound that fills the entire room, no matter where the HT-A9’s speakers are positioned. A highlight is the way the speakers of the HT-A9 sound system interact with each other for 3D sound effects. This means that the listener perceives the effects not only at the horizontal level of the surround sound, but also at the height channels.

This principle should be familiar to most who have heard sound in DTS: X and Dolby Atmos modes , which are also supported by Sony HT-A9 speakers. Sony’s 360 Spatial Sound technology is based on sound field optimization. It determines the height and position of a loudspeaker in relation to other loudspeakers in an “innovative way”.

For this, the speakers use two built-in microphones. As a result, the synthesized sound waves generate up to 12 phantom speakers, which the user can perceive independently of each other. While it all looks like magic.

But if Sony’s HT-A9 system can perform well in the first tests, it could be the next step in the evolution of home theater sound. Basically, we can say that Sony has “disassembled” the soundbar and allows the user to freely distribute it around the room to realize a 4.0.4-channel setup. 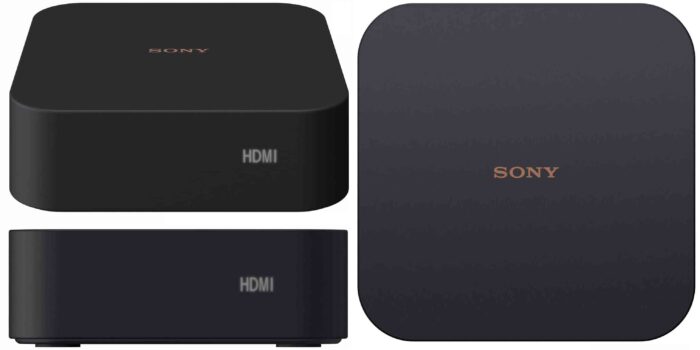 Like the HT-A7000 Soundbar, the HT-A9 is the most advanced in terms of equipment and standards. 3D audio formats such as Dolby Atmos and DTS: X reach the system via HDMI 2.1 (one eARC output and one input). The system has 4K @ 120Hz as well as 8K @ 60Hz. HDR10, HLG and Dolby Vision are also supported.

Audio streaming over a network (Ethernet LAN 100) or Wi-Fi (802.11 a / b / g / n / ac) can be done using the popular Chromecast, Spotify Connect and Apple AirPlay 2 standards . Bluetooth streaming is also available. The system has Google Home Smart Home options and can be controlled using Google Assistant. Optionally, you can complement the HT-A9 speaker system with the SA-SW5 or SA-SW3 wireless subwoofer. As many have already noticed, the 4.0.4 sound indicates the absence of a subwoofer. So the bass of the system should be slightly worse than that of the soundbar.

This will be especially noticeable if you watch an action-packed blockbuster movie. In this case, it is possible to expand the system with one of Sony’s wireless subwoofers. The company’s products include the SA-SW5 with a 300W output (7 “speaker) and the SA-SW3 with a 200W output with a 6” speaker.

The Sony HT-A9 home theater sound system is innovative. The system works like a wireless subwoofer technology, which gives the same effect no matter the space in the room.

The HT-A9 is equipped with the latest DTS: X and Dolby Atmos sound modes, as well as Dolby Vision support via HDMI 2.1. Whether the system will become the last word in surround sound technology depends on upcoming tests and, accordingly, user feedback.