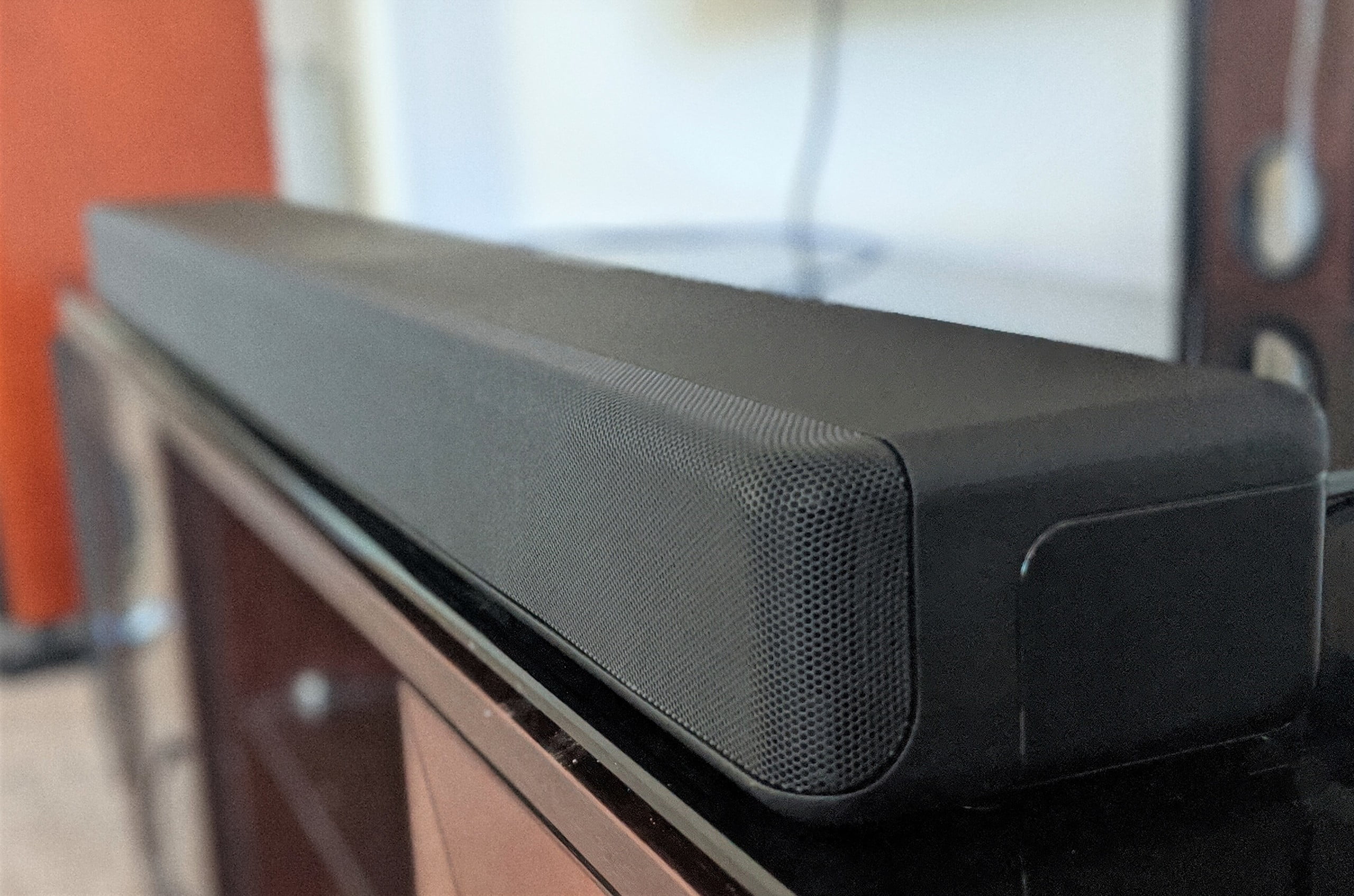 Sony has challenged its new soundbar to an almost impossible task: to create a completely immersive home theater experience without the many speakers that normally work in unison to deliver the same sound. What’s more, Sony has tried to do it at a reasonably affordable price and is almost successful.

While the Sony HT-G700 3.1ch Soundbar has its own physical limitations, it has some impressive technology under the hood. This technology not only allows Sony to claim the ability to recreate surround sound and even Dolby Atmos, but it also helps this panel deliver great sound on a tight budget. In this Sony HT-G700 review, we’ll take a look at the strengths and weaknesses of this soundbar.

The Sony HT-G700 Soundbar is just a soundbar and a wireless subwoofer. The device does not have rear speakers or wires. Apart from the supplied accessories such as a remote control, HDMI cable, quick setup and operation guide, there is nothing else.

The soundbar and subwoofer require power. The soundbar connects to the TV via HDMI or optical audio cable. The subwoofer will automatically connect to the panel itself. If not, Sony provides instructions on how to manually pair them. The HT-G700 does not have a Wi-Fi connection, so there are no apps to download or updates to set up.

From an aesthetic point of view, this HT-G700 soundbar fits perfectly into any interior. Both the panel and the subwoofer have a black coating that helps the device “dissolve” when the lights go out before watching movies. The soundbar itself is relatively small.

Inside the operation panel are three speakers representing the left, center and right channels. The HT-G700 soundbar does not have active and wireless rear speakers. Physically, the soundbar can only reproduce real 3.1 sound , but thanks to some intriguing technology, this band can at least simulate surround sound. If you open the manual, it will repeatedly mention “7.1.2 surround sound”. In reality, this is not the case. You don’t get a true 7.1.2 without two pairs of rear speakers and height channels, or up-bounce speakers that bounce sound off the ceiling.

The reason Sony can make such claims is due to a couple of technologies that go into its “immersive sound enhancement”. According to the manual, Sony’s vertical surround technology processes sound to virtually increase the height of the sound field, while a technology called “S-Force Pro Front Surround” solves the problem of creating the illusion of surround speakers.

So, while the G700 soundbar can support a huge variety of audio formats, from Dolby Digital to Dolby Atmos to DTS: X, the only way it can create these formats is through virtual processing technology. The panel automatically processes Dolby Atmos or DTS: X content to deliver this effect, but Sony doesn’t stop there.

By pressing the Immersive AE button on the remote, the HT-G700 can convert even stereo audio to 7.1.2 virtual sound, according to Sony. In practice, the G700 soundbar creates a fairly believable surround sound experience. Moreover, most consumers, most likely, will not notice the “catch”.

The HT-G700 bar is pretty good for listening to music. This is despite the fact that almost everything in this soundbar first points to sound reproduction in films, and then to music. It should also be borne in mind that achieving good music sounding with small speakers packed in the same cabinet is not easy.

But Sonya tried to prove the opposite, and she did it quite successfully. The Sony HT-G700 soundbar reviewed in this review certainly cannot replace a full-size home theater soundbar, but it reproduces low frequencies quite adequately on most tracks, regardless of the genre of music.

In addition, there are many sound settings on the remote. For more interested enthusiasts, this gives the opportunity to tinker with each of the many options to achieve the desired listening result. As mentioned, the subwoofer delivers quality bass. The center channel works great, keeping up with the left and right channels. Immersive AE’s processing technology is surprisingly good. That is, it will usually provide the majority of listeners with the desired cinematic experience. When the Immersive AE button is pressed on the remote control, the user opens up many settings for watching movies.

There is a Dolby Speaker Virtualizer mode, which, according to the Sony manual, “enhances the channels and sound quality of the height speakers for an immersive and enveloping virtual surround effect.” The same is written about the DTS Virtual: X mode. The “Voice” mode expands the range of dialogues. Night mode lowers the volume for viewing at night.

Cinema mode is optimal for watching movies. There is also an Auto preset that toggles between Standard, Music and Cinematic sound modes. Despite all this rich variety, the standard presets will suffice for most buyers of this soundbar.

Overall, we can conclude that the HT-G700 soundbar can surprise with its sound effects and sound quality, but it has its limits. Dolby Atmos surround sound virtualization has disadvantages when compared to models that are equipped with true height speakers.

The HT-G700 doesn’t have a rich variety of connectors to talk about. It has one HDMI input and one HDMI output, with the latter supporting both ARC and eARC to make communication between the panel and TV easier. An optical audio port is available for older TVs. You can also connect the soundbar to your TV and via Bluetooth.

However, when watching video content, it is better to use a physical connection in order to avoid desync between audio and video. Bluetooth 5.0 technology is best used for playing music from a mobile device.

The HT-G700 is disconnected from the Wi-Fi world, which is a little disappointing. Even with Bluetooth’s advances in quality, streaming through speakers or soundbar is still the best way to listen.

Sony HT-G700 compares favorably with its price. Despite its minimalist body, the soundbar offers great sound for both music and movies.

The technology behind the HT-G700 commendably compensates for the lack of true surround sound, but not entirely. It is possible that there is a panel for the same money that reproduces sound better in Dolby Atmos mode. However, the Sony HT-G700 remains a competitive soundbar among its peers in size.

Advertisement
X
Subscribe to get the best Tech news and reviews of the week.
By signing up, you agree to our Privacy Notice and European users agree to the data transfer policy.
Close
01/20/2021