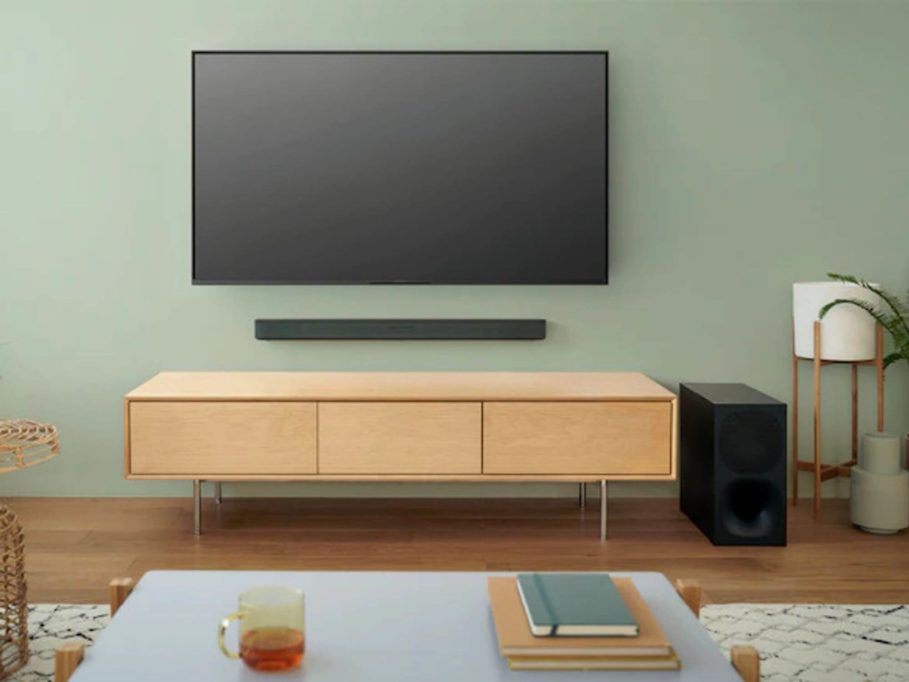 In 2022, Sony introduced the budget Sony HT-S400 soundbar with 2.1-channel audio, a wireless subwoofer and S-Force Pro and X-Balanced speakers. The latter is a significant advantage among budget soundbar models. These speakers, by increasing the membrane surface, provide accurate reproduction of dialogues and sound objects with the same sound pressure level.

At the vertical level, the acoustic sweet spot should be improved by special notches on the edge of the membrane. In the proposed review of the Sony HT-S400, we will consider the pros and cons of this soundbar, so that later we can conclude whether it is worth buying at this price.

In the audio segment, Sony has focused primarily on expensive systems with an HDMI 2.1 interface. Apparently the company is not going to lag behind its competitors in terms of the patch panel. The line of flagship models includes such soundbars as Sony HT-A5000 (5.1.2-channel soundbar with built-in subwoofer), Sony HT-A7000 (7.1.2-channel soundbar with external subwoofer). 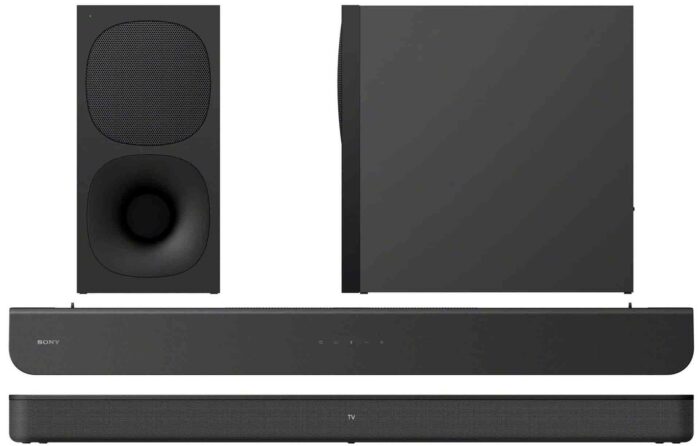 The soundbar/subwoofer combination is said to have been designed with environmental considerations in mind. The back of the subwoofer is made from recycled plastic developed by Sony. This, of course, is far from the best material for the production of cases. But it is much better than the materials from other budget soundbar manufacturers.

Since the device has 2.1 sound , there are no rear speakers. The soundbar and subwoofer are connected wirelessly. The package includes an HDMI cable, a remote control with batteries and an instruction manual. Wall mounting of the soundbar is allowed, but screws are not included. 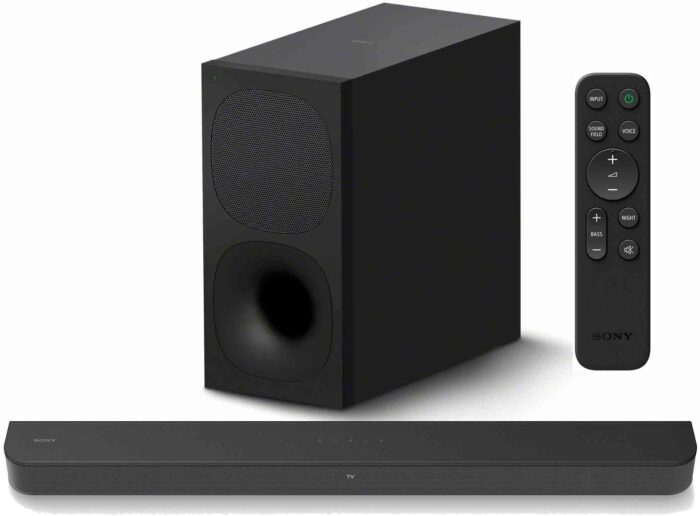 Can the Sony HT-S400 soundbar play music at the level of full-fledged soundbars? Let’s consider the stereo mode, since most broadcasts and streaming broadcasts are recorded with two-channel audio.

Despite two small speakers located in a small body, the system is able to play music with good sound quality. There is no particular complaint about the sound stage and deep bass. And this applies to almost all music tracks, regardless of genre.

At the same time, one should not expect something supernatural from the system. It is also worth adding that the Sony HT-S400 speaker system has quite a few music modes that can be adjusted using the included remote control.

There is no such thing as perfect surround sound in the HT-S400 soundbar. It has to do with the system configuration itself. A panel with a 2.1 sound scheme cannot provide 5 or more separate channels. However, the S-Force PRO front surround technology is designed to offer the viewer a wide soundscape, such as a surround sound setup.

At least the system does a good job of playing front sound. A wireless subwoofer with a 160mm driver delivers clear dialogue as well as pronounced mids and lows.

Although the subwoofer is not overly large, it is far superior to built-in or passive subwoofers. Two-channel audio signals can be converted to Dolby Digital, Dolby Dual Mono and LCPM. The whole system has a sound power of about 330 watts. 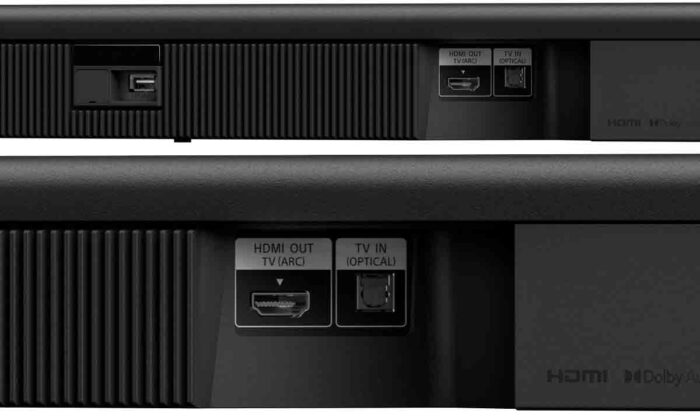 When paired with a compatible Sony Bravia TV, the HT-S400 Soundbar can be adjusted and its volume adjusted directly from the TV remote control. Audio signals can be transmitted from the Bravia TV and wirelessly. A prerequisite is the built-in Bluetooth A2DP. This format is supported by a large number of TVs since 2017.

Audio signals from mobile devices (smartphones, laptops, tablets) can also be played via Bluetooth. In addition to wireless connectivity, the panel has an HDMI 2.0 ( ARC ) input and an optical digital audio input. The USB port on the back of the soundbar is for firmware updates only.

The acoustic panel HT-S400 is equipped with an OLED display located in the middle. The display is located under the metal acoustic mesh. The display can show information about the current playback, volume level, etc. The smooth surface of the HT-S400 has function keys for manual operation. The package also includes a compact remote control.

To conclude our review of the Sony HT-S400, it remains to add that if you’re looking for an affordable sound upgrade for your TV, the Sony HT-S400 soundbar might be a good option. A 2.1-channel sound system consisting of a soundbar and a wireless subwoofer should overall be far superior to your TV’s built-in sound system. The advantage over the competition mainly lies in the system with S-Force Pro and X-Balanced speakers.