TCL TS6110: Awesome power and sound at a competitive price

Improving the sound quality that comes by default with televisions is one of the most common interests of users today. Soundbars can come at really high prices, although it is not necessary to spend that much to have a solid multimedia experience , and this is how the main model of this review shows: TCL TS6110.

TCL TS6110-EU is a mid-range soundbar that proposes a 2.1 channel system with a wireless subwoofer and a maximum audio power of 240W that should be more than enough to optimize the quality available in the home. There is also Bluetooth connectivity for use with mobile devices and even support for Dolby technology, so the average user can rest assured of what this model can offer.

This is how the TCL TS6110 bar looks on its front

As seen in the product images, there is not much to highlight about the aesthetics of this model that has not been mentioned above. The bar has rounded lines on its ends as well as on its rear face, also including front LED lights and a few buttons on its upper frame for quick control of sound reproduction.

Regarding its subwoofer, it has a rectangular design completely in black and with small legs that allow it to remain stable on any surface. Its official dimensions are 20.1 cm x 20.1 cm x 32.5 cm, while its weight is 3.27 kilograms, also offering the advantage of being able to place it anywhere in the room without worrying about cables that restrict the setting in the room.

On the rear face is present its connection panel, which does not forget a classic optical digital audio input as well as a 3.5 mm audio input so that it becomes compatible with almost any current or old equipment. Its USB 2.0 port is responsible for playing audio files stored on external drives such as pen drives or hard drives.

To conclude, there is an HDMI 1.4 input / output that unfortunately makes it incompatible with the most recent televisions and monitors with UHD resolution, while its Bluetooth 4.2 wireless connectivity allows smooth playback of audio from mobile phones, computers and other equipment present. in a range close to TCL TS6110-EU with no cables involved. TCL TS6110-EU is a solid mid-range option to consider

The most attractive thing about this launch and that allows it to differentiate itself from other models of the same Asian brand corresponds to its 2.1 channel system that allows you to appreciate a more immersive audio experience and with an additional subwoofer that brings the total sound power to the 240W with sub-bass reinforcements.

In addition to this, it is necessary to indicate the compatibility with “Home Cinema Dolby Audio”, the most used immersive sound technology in the industry and which allows you to appreciate uniform audio effects directly from the comfort of home.

As if that were not enough, the model has several pre-set modes that facilitate the rapid change of audio parameters without having to waste time modifying them manually and that are configured according to the type of content that is being played. For example, for TV events the clarity of the voices will be reinforced, while in musical concerts there will be a reinforcement in representing every detail of the instruments on stage. 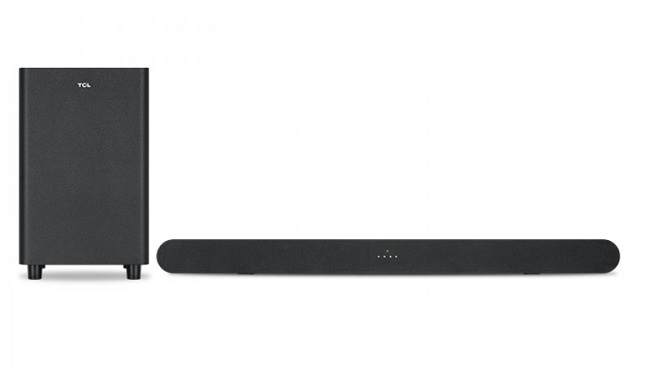 Reviewing the rest of TCL’s options, it can be decided that this bar is one notch above most affordable bars in stores. However, it also lags behind other recent releases that are better suited to the needs of today’s user.

One of those examples is TCL TS8111-EU , which despite having the same 2.1 channel distribution and barely exceeding it in power with 260W, is compatible with new generation TVs by adding an HDMI 2.0 connection for screens with native UHD resolution , as well as support for HDR and Dolby Vision technology.

In preparing the article, materials from https://www.giztele.com/tcl-ts6110-barra-de-sonido/ were used. Visit article here.