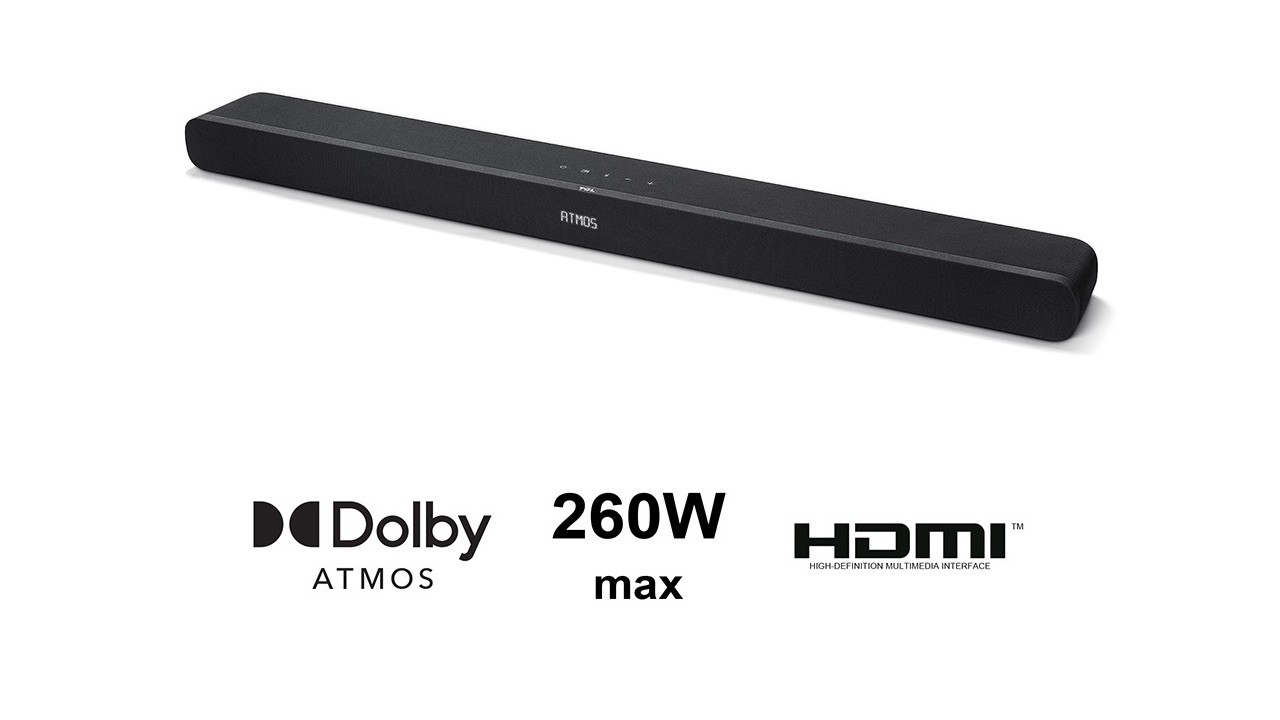 TCL is one of the manufacturers that constantly offers TV options with some of the latest technical specifications at a price more competitive than the market average. It is logical that its intention also extends towards accessories related to sound, and one of its most recent launches is the TCL TS8111 bar.

TCL TS8111-EU is a mid-range sound bar that is presented as an ideal option for those who have a new generation TV, since its operation makes it compatible with screens with UHD resolution, as well as support for HDR and Dolby Vision technology. . There is also Bluetooth connectivity that allows the reproduction of content from a distance and free of cables. With official dimensions of 1000 x 65 x 128 mm there should be no problems to place this model ahead of any television model without limiting the view of users. It is sold only in a gray color throughout its structure, while rounded edges can be seen on its ends and some buttons are present on the upper face.

TCL TS8111 tries to simplify the process of installing the soundbar in any room, so that only one cable is needed to start working in tune with the TV. Thanks to an HDMI 2.0 port with support for ARC, it includes almost all available sound formats and makes it easy to control the soundbar automatically from the TV remote control in functions such as volume.

In addition to this, a classic 3.5 mm audio jack port and an optical digital audio output are present. A USB 2.0 port also facilitates the playback of audio files stored on an external drive such as pendrives and hard drives, and for the use of wireless connectivity, Bluetooth is added to the 4.2 standard to reproduce sound from a phone, tablet or computer that is located in a close range. Reviewing the technical benefits of TCL TS8111-EU should begin by indicating the inclusion of a 2.1 channel system with dual integrated subwoofers combined that facilitate the combination of a total power of 260W with support for Dolby Atmos technology.

The final result obtained allows you to appreciate each sound precisely located in the room and moving around you , even above and below your seat, thus generating an increasingly enveloping feeling in each scene of a movie or a song performed by the artist. Favourite. The good work achieved on the depth of the low tones and a volume that can be maximized without lowering the overall sound quality is also appreciated.

Finally, to get the most out of the sound bar, different special sound modes have been added by default . This simplifies the device setup and equalization process, saving time and automatically optimizing the listening experience when watching TV, experiencing the action of a fast-paced movie, or vibrating to a music concert.

TCL TS8111-EU has a typical design for the soundbar genre

In relation to other similar proposals in the current market, it is very easy to draw comparisons with the Harman Kardon Citation Ambient 700 model that we previously analyzed. And it is that its operation also allows its use with UHD televisions thanks to an HDMI 2.0 input, while its final sound power remains a little below in comparison with a total of 210W.

However, there are also differences to take into account depending on the type of user one is. The most notorious is in its connectivity, because in addition to Bluetooth it incorporates Wi-Fi to become a truly autonomous device that can play audio from the most popular music streaming services, online radio and podcasts such as Spotify, TuneIn, Apple Music, Deezer and many more.

Even its compatibility with the virtual assistant Google Assistant and the ability to wirelessly play content from Apple devices thanks to AirPlay 2 technology adds a very interesting extra for those looking for a utility outside the television itself.

In preparing the article, materials from https://www.giztele.com/tcl-ts8111-barra-de-sonido-comprar/ were used. Visit article here.