The French are not joking when they decide to conquer the world with their creations and this year we saw their big players bring to market affordable series that squeeze the competition.

Triangle’s Borea series and Focal’s new Chora are claiming the lead over American and British manufacturers, not so much because the latter are tired or repetitive but, rather, because these new French speakers look fresher in ideas and , most importantly, more efficient in their mission.

The traditional liveliness and dynamism in the sound of the French now follows more balanced tonal paths and their constructions look more perfect than ever for the low price category. The Triangle with the Borea offers five models for every pocket up to the thousandth, from the tiny BR02 with the 5-inch woofer to the impressive BR09 floor with its three parallel woofers.

The prices of the new series are very advantageous, with the BR03 under test, which is the largest base model of the series with 6.5-inch woofer, moving close to 400 euros, when the respective sizes Focal Chora 806, B&W 606 and Klipsch RPM600 are at 50% more expensive.

Close to the price of the BR03, the competition comes from speakers with monitor virtues such as the Q Acoustics 3030i, all-around speakers such as the versatile Wharfedale Diamond 11.2 and Dali Oberon 3 and of course the new Bronze 100 from Monitor Audio with the 8-inch woofer. 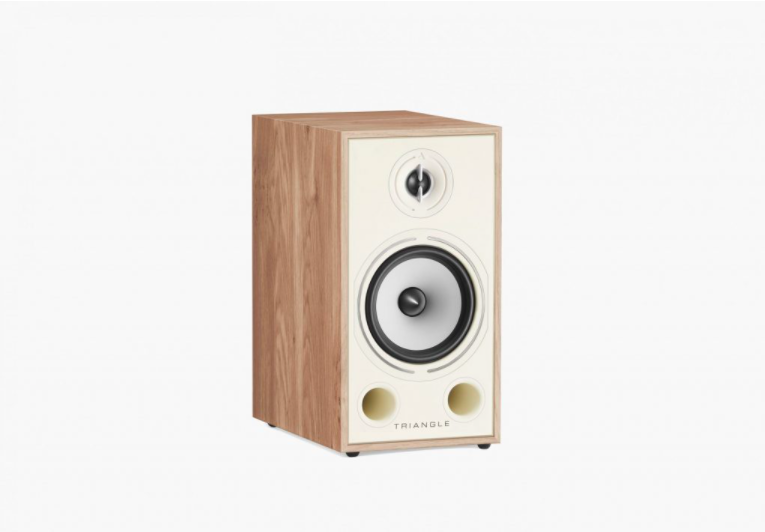 None of them reach the liveliness of Borea’s microdynamics, organic immediacy and fascinating musicality, but they come to mind with the most obvious detail and stage precision and the most colorless sound, elements that surely have their fans.

The particular “weighing” of each speaker, of course, may not concern the consumer of the category as much as the tasteful appearance and the ability to play loudly at a deep low, something that is evident from how much now all manufacturers pay attention to the design of affordable series and the fact that almost all two-way models are now equipped with 4-woofer to pull more power from the amplifiers, especially in the critical octave 100-200Hz.

So what is required today in this type of speakers is finesse, since modern base models are more and more reminiscent of the floor models of the past in terms of sound coverage and deeply low. But let’s take a closer look at the BR03, which “welcomes” us with the characteristic double bass reflex on the front.

We have recently seen some speakers reviving historical models of the sixties and seventies and one wonders what has gone wrong in recent decades, with analysis and “accuracy” often working to the detriment of emotion.

Studying the design options of the past, we see on the one hand that the paper dominates the cone partitions and on the other hand that cross points are chosen with the tweeters that avoid the peak of human sensitivity and are placed close to 4-5KHz.

Triangle is one of the few companies that never gave up these options, in the 90’s it even produced speakers with a cross at 7-8KHz! Another company that crashes high, at 4.5KHz and insists on paper is for example PMC. But Triangle is perhaps the only large company today that produces loudspeakers with paper diaphragms in their purest form, roughly speaking, using modern manufacturing techniques so that they behave smoothly in the frequency domain.

The French company used to try polypropylene when it was in its heyday, but in recent years it has launched this new white paper diaphragm that now equips most of its range. Conveniently adapted to the Borea range, along with a fabric tweeter with a special disperser, this speaker “relieves” the ears tired of over-analysis, delivering a glossy, dense and colorful sound, rich in microdynamic information, with calm but exciting transitions. lightly and immediately stimulates the listener’s emotion.

We told you in the test of BR08, it is one of the best paper diaphragms on the market, regardless of price! Its way is radically different from the metallic and synthetic ones on the market, it has no weight, aggression or inertia, it sounds extremely fast and lean and covers virtually all notes, leaving Twitter in a discreet role, complementing the air and details of the program.

The marriage of the speakers around 3.6KHz is perfect, you think you hear a single loudspeaker thanks to the smooth continuation of the dispersion and the tone. Of course, the design of the filter plays an important role, but the credit should also be given to the high quality, soft, thick plastic that covers the chassis with an ideal fit on both speakers instead of the usual hard plastic rings.

Visually, the Borea “play” with black and silver very successfully, a silver badge on the loudspeaker rings that matches the white woofer aperture and gives a great look to the speakers, at least in the walnut version we had in our hands. 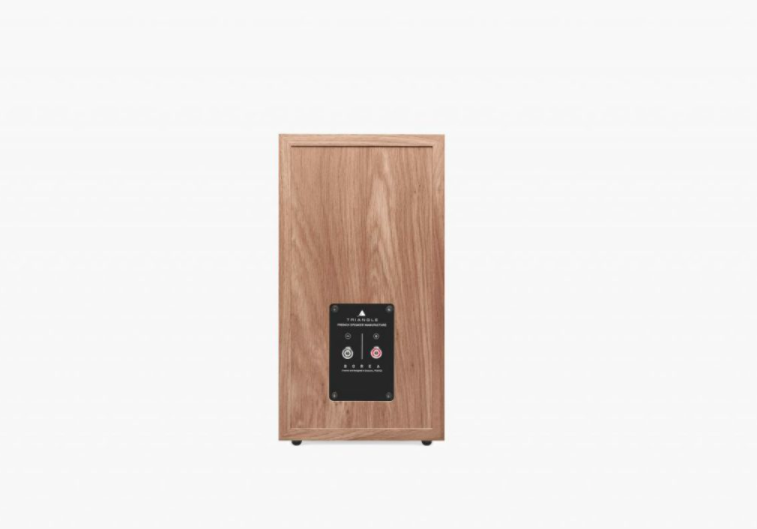 The coating in wood imitation is synthetic but of exceptional quality and finish. Another point that stands out is the flange with the excellent custom plugs that looks made of acrylic. The bass of the BR03 will not bother even relatively close to walls, while free in space it easily catches 50Hz.

It is solid, tight, with excellent dynamics, attack and hue and does not flow in exaggerated impressions but it turns out balanced and as rich as it takes to set up a big stage and to raise the levels without any problem. The treble is velvety, palpable, sweet and airy, full of harmonies and zero aggression and comes flat to gentle when we leave the appropriate distances from the side walls.

The stage fills the room with a perfectly cohesive sound wall, with shocking height and width and the focus is locked in its entirety. The attack has a top touch, it never emerges detached from action, soft or aggressive. Every beginning, duration and end of sound always has a musical meaning, the most difficult transitional phenomena are perfectly integrated in the rhythm and tone of each instrument and so the ear is left to the music without paying attention to the sound.

Detail may be plentiful throughout the range, but it works complementarily and not as a “barker” of over-analysis. The BR03 is the best we’ve heard in rhythm, sound and stage consistency from its price range and is strongly reminiscent in saturation and atmosphere of Wharfedale’s significantly more expensive Denton 85 reviving the historic model, which is no coincidence.

In other words, the BR03 combines the best of the past and the present and is the most mature Triangle creation in the size / price category we’ve heard in decades. What else to ask for?