In 1974, Yamaha made a splash in the hi-fi industry with the Yamaha NS-1000 monitor speakers equipped with beryllium dome tweeters and midrange speakers. A high-tech and diversified company has managed to “cope” with this promising, but capricious material in processing, using the method of manufacturing diffusers by the method of vacuum deposition. The acoustics have turned out to be great – they were actively used by both professionals in recording studios and music lovers in home audio paths.

Almost half a century later, the Japanese corporation decided to once again declare itself as a manufacturer of the highest-class components by offering the market a family of “five-thousanders”, which includes a Yamaha GT-5000 turntable, a Yamaha C-5000 preamplifier, and a Yamaha M-5000 stereo power amplifier. as well as Yamaha NS-5000 speakers – a clear allusion to those very legendary speakers. These are also very large three-way bookshelf speakers with domed HF and MF emitters, a large-diameter woofer, and even their dimensions practically coincide. The 16cm midrange / woofer is specially designed for these speakers.

Once again, Yamaha has pioneered the material for the driver cone. It was the ZYLON synthetic polymer fiber, created in Japan and recognized as the most durable in the world, and it was used in all three speakers. They are given a silver color by a protective coating with a special Monel alloy. In terms of the ratio of mass and stiffness – a very important characteristic from the point of view of the quality of radiation of sound waves – such membranes are superior even to beryllium membranes.

However, the monumental NS-5000 design will not please everyone who builds their own system, especially those who are indifferent to retro fashion. For them, Yamaha has developed and released Yamaha NS-3000 bookshelf speakers of quite moderate dimensions and a more familiar look for today, in which, nevertheless, many of the design elements and components of their older brothers have been used. 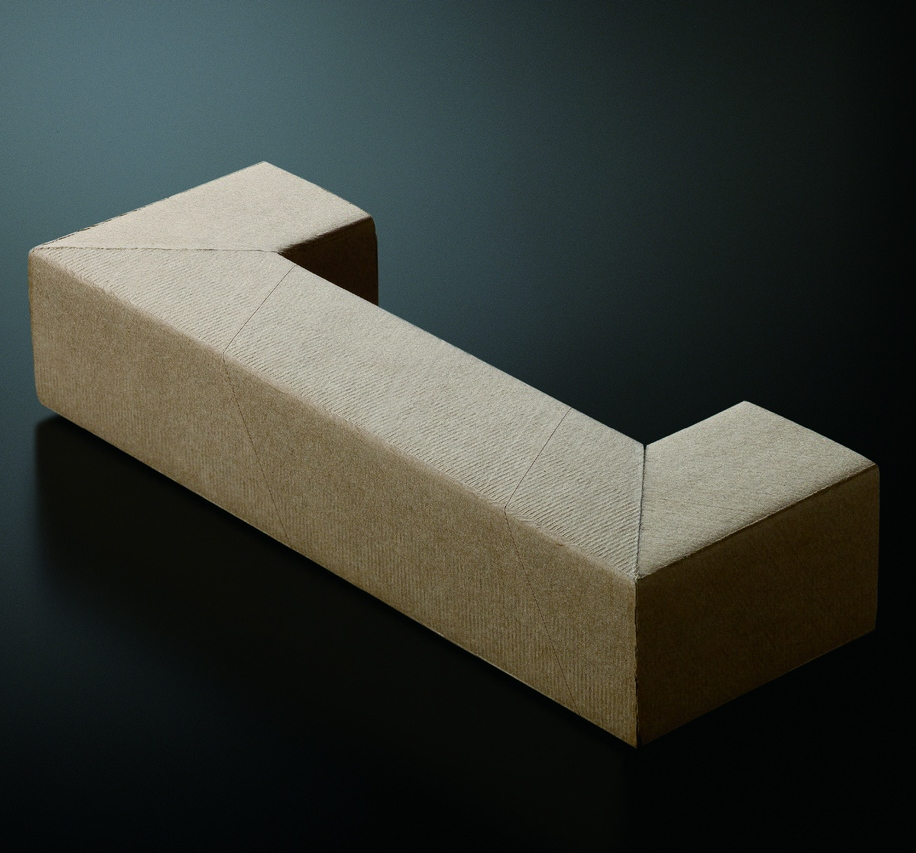 Although the dimensions of these speakers are significantly inferior to those of the NS-5000, no less attention has been paid to the inertness of the case. In particular, its internal design was developed using the methods of mathematical physics, and control – using a laser. The new sound absorber has been optimized for use inside the cabinet of this particular model.

We already had the opportunity to get acquainted with the Yamaha NS-5000 speakers when testing the Yamaha C-5000 / M-5000 two-component amplifier… Now their place in the test laboratory is taken by the NS-3000, the younger brothers of the flagships. Naturally, they are much more affordable, however, all the same, not everyone. They do not look as expressive as the 5000s, but audio enthusiasts who are not prone to shocking will appreciate their harmonious design. Its laconicism will not fool anyone – the speakers look luxurious thanks to the quality of workmanship and varnishing of the cases using the same technologies used in the production of the famous Yamaha concert grand pianos. The silvery metal parts and tone-on-tone speaker cones provide the same contrast as the instrument’s white keys with its black lacquer. Protective grilles are not provided. It is recommended to place the speakers so that the tweeters are displaced inside the stereo base.

The sound of the Yamaha NS-3000 can be described as balanced, highly detailed, rich in timbre, energetic and emotional, and the depth and volume of their bass can be envied by many solid floor loudspeakers. They do not give in to more expensive electronic components and without any loss convey to the listener the result of their extremely skillful and meticulous handling of the musical signal. The Yamaha A-S3200 integrated amplifier, which is more suitable for them at the price, also does an excellent job. However, the speakers are so transparent and self-sufficient in their ability to create sound that after just a short listening, it becomes clear why it is worth paying four times as much (if you have that kind of money, of course) for a two-piece C-5000 / M-5000. As befits flagship speakers, the NS-3000 is equipped with a crossover that uses the highest grade components, such as the Mundorf MCap SUPREME EVO capacitor, recognized as the most advanced for audio applications.

Margarita’s aria from the opera by A. Boito “Mephistopheles” from the album VerismoA. Netrebko, the Yamaha system delivers so that it feels like you are in a theater hall. It is large and filled with air, and the large-scale stage is visible all the way to the back set. A very quiet orchestral introduction, dominated by bass notes, sounds detailed, textured, very clear. Higher, lighter, subtle voices of violins slightly dilute the gloom of the picture. The rest of the instruments come in effectively and recognizably, the volume rises, and the vocals begin. It is articulate, natural, saturated with characteristic timbres; the image of the singer is convex and visible. The performer’s skill and excellent variable speaker dynamics allow you to feel the drama of each musical phrase. In moments of very high-pitched and loud coloratures, only emotional tension builds up, and the sound remains the same accurate,

Larger musical forms are also easy for the Yamaha NS-3000. With Mozart’s Requiem performed by the chorus and orchestra under the direction of T. Currentzis, a large-scale stage appears in front of us, going far beyond the base of a pair of columns, on which all the artists are clearly represented – both the chorus groups, and the orchestra, and the soloists in the foreground, and the conductor, so to speak, in the face of his stick, sometimes tapping on the console. The sound is fast, expressive, natural – thanks to the timbre richness and dynamic talents of the speakers. A solid low frequency foundation adds credibility to this complex and multifaceted picture. Noteworthy is the phase inverter port of a complex profile. The delivery set includes two foam rubber plugs of different sizes for adjusting the bass, taking into account the acoustic properties of the room. How to use them is described in the User Guide.

Yamaha NS-3000s easily fill a large showroom with high-quality sound, but still these are not the largest bookshelf speakers, the ancestors of which were monitor speakers. If you move closer to them and sit in their near zone, you can get an even more impressive effect of immersion in music. So, listening to the composition Koto Song from the album Concord on a Summer Night by Dave Brubeck’s quartet, it is easy to feel like sitting under the starry sky and absorbing graceful jazz piano improvisations, accompanied by textured sighs of a double bass, the lightest openwork percussion, velvety saxophone voice and non-stop strumming.

The energetic and perky Take Five , performed on the same summer evening, sounds “cool”, but not as accurate and picturesque as from the usual Time Out disc , but the applause and approving whistle coming from all sides indicate that this genre is not welcome strict scores, and we agree with that.

But for the recordings of the Deep Purple group, for example, Rapture of the Deep and Highway Star , the meticulous study turned out to be somewhat excessive – in the presentation of the top Yamaha audio path, they turned out to be, as it were, devoid of “meat”, drawn with too thin lines. Replacing the amplifier with the A-S3200 resulted in an authentic, expressive and coherent sound.

It should be noted that the system in the “flagship” lineup perfectly performed the sophisticated and dynamic compositions of the Muse group, clearly placing plans, tapping out rhythms, showing all the electronic effects and deep bass lines. However, this riot of acoustic colors also showed a slight emphasis on HF, which in a “ringing” room can become tiresome. 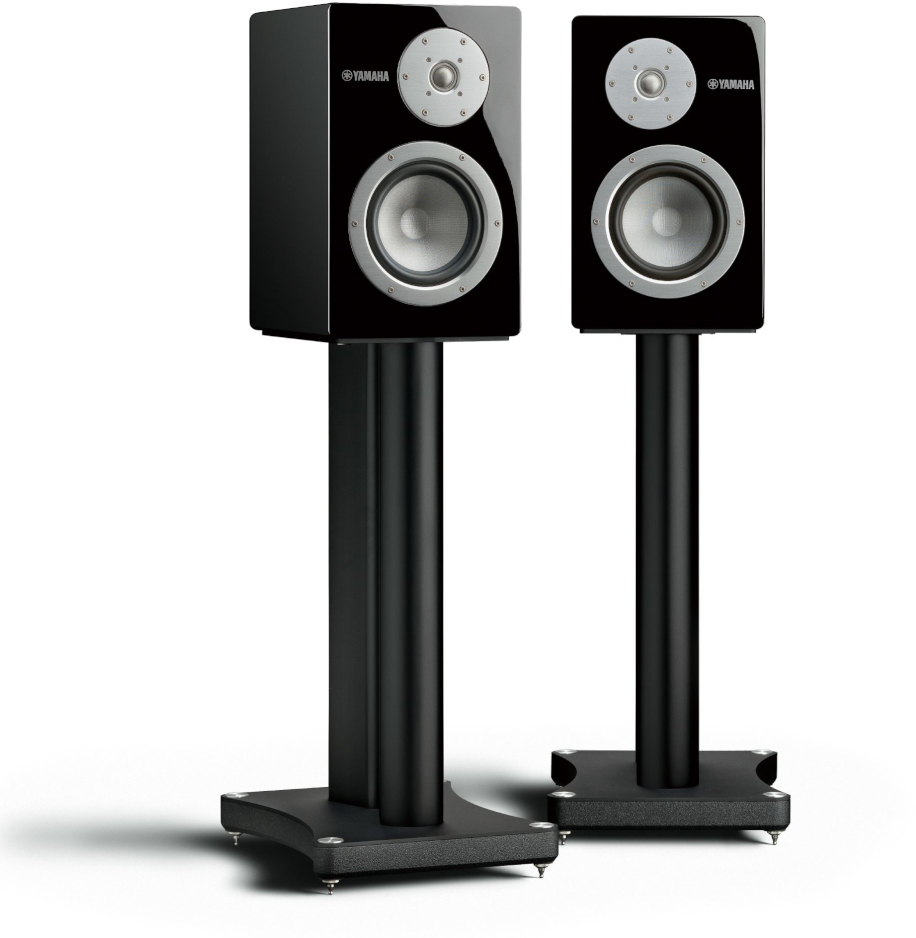 The SPS-3000 stands are specially designed for these shelf units, allowing you to achieve maximum sound quality.

Younger Yamaha flagships, wonderful NS-3000 speakers, can compete with their older brothers in a number of ways. They have a more versatile look – they will not become obsolete, even if the fashion changes trends. They are not inferior to them in sound quality, and, perhaps, surpass them in integrity and consistency – two bands are easier to integrate than three. And finally, their price is about half. So they are worthy of the most sincere recommendations for those who assemble a system of the highest class for work in a small space.