Yamaha introduces the latest in the Slim Series soundbar: the Yamaha YSP-1600. The YSP-1600 soundbar is a logical development of the previous YSP-1400 model, but with the addition of a number of innovations, namely the YSP-1600 added integrated Bluetooth and Wifi modules, added convenient technologies for wireless sound transmission: Airplay and DLNA, and made the soundbar even lower … To connect to a TV, the YSP-1600 now provides not only an optical input, but also one HDMI with HDCP 2.2 support, it is also now possible to connect wireless headphones to the soundbar and control the soundbar using an application from phones and tablets. There are four sound modes available to the listener: Cinema, Music, Sports and Game. There is also a UniVolume function designed to equalize the volume level in case of drops after switching the sound source. The Yamaha YSP-1600 control system offers three options: use the supplied remote control, use the learning function (using the TV remote control), or use the corresponding iOS and Android app via Bluetooth, which is present in version 2.1 + EDR (with A2DP and APTX ) and can be used to receive streaming audio.

The Yamaha YSP-1600 soundbar is not only a standalone product, but also fully compatible with the proprietary technology for building multi-room systems MusicCast. Such decisions are now, generally speaking, not uncommon.

But, first of all, only the Yamaha version can boast of the presence of such exotic things as a wall clock and a grand piano. And secondly, almost all competing soundbars in such sets are simple two-way acoustic monoblocs and only a few, including the Yamaha YSP-1600, are capable of imitating an eight-channel cinema. He owes such talents to the original audio processor and technologies backed by Yamaha’s vast experience in creating surround sound systems. The series also includes compact wireless satellites that can easily expand the global installation possibilities. MusicCast is a new revolution in the field of network audio content transmission, allowing you to use devices in this category together or separately. The system is fully controlled from one intuitive, fast and easy-to-use software application. You can connect a soundbar, wireless speaker, AV receiver, HiFi audio system – whatever suits you best; you can combine and adapt different devices, as well as expand the MusicCast system you have formed over time. This brand new solution from Yamaha gives everyone everything they need at any time. For more information, visit the dedicated MusicCast website. The MusicCast system uses a highly efficient wireless audio transmission network that can stream digital music files from a smartphone, PC or NAS to other MusicCast devices in the house. The system also allows you to share music from external devices connected to the receiver, such as a TV or BD player. You can also stream audio content from Bluetooth®-connected smartphones or tablets to MusicCast devices in multiple rooms.

The placement of the Yamaha YSP-1600 soundbar is available both on the wall and on the table. In case, when installing the soundbar, the receiver on the TV is covered, an IR signal repeater is provided. It also has its own small remote control. The basic set of keys has been left on the device itself, which is already a rarity for soundbars. In order not to violate the design minimalism, they are removed to the rear (in the wall version – to the upper) wall of the case. The switching ports are tucked away in a niche, and cables can be effectively tucked out of sight in any type of placement. The range of inputs suggests that the Yamaha YSP-1600 is primarily designed to expand the audio capabilities of your TV. There are two digital HDMI ports, one S / PDIF (optical), an analog stereo input, a LAN port, and a subwoofer output (RCA). The acoustic part of the device has two speakers for each of the five channels. A Dolby Digital or DTS audio track received over the digital path is used to create virtual surround sound without losing information intended for the center and rear channels.

Wireless interfaces Bluetooth and Wi-Fi provide convenient communication with both portable and stationary devices, as well as services of the World Wide Web. Supports DLNA and AirPlay protocols, many Internet radio channels and streaming services. For the convenience of Yamaha YSP-1600 control and content organization, a proprietary application for gadgets running iOS and Android is provided. Although the soundbar is perceived as an addition to the TV, this model is prepared to work with musical material as well as any specialized audio system. The unit is capable of reproducing high-resolution audio with parameters up to 24 bit / 192 kHz. In addition to simulating surround sound (Air Surround Xtreme), digital audio processing includes enhancing dialog intelligibility and expanding the frequency range of compressed audio files. Both seem to be very useful functions, and various equalizer programs (a proprietary “chip” of Yamaha audio components) – for music, cinema, TV, sports broadcasts and games, will optimally adjust the sound of the system for a specific task, literally by pressing the native button. The wireless Bluetooth channel works here in both directions – you can use the Yamaha YSP-1600 as a wireless speaker for your smartphone or, conversely, broadcast sound from the soundbar to wireless headphones. By the way, this is a convenient addition to the capabilities of the TV for lovers of night sessions.

Schiit Loki Tone Control Review • Back to the Future 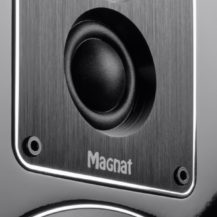 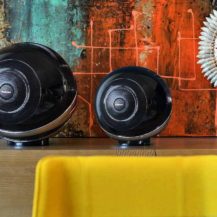 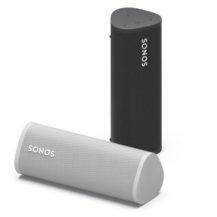